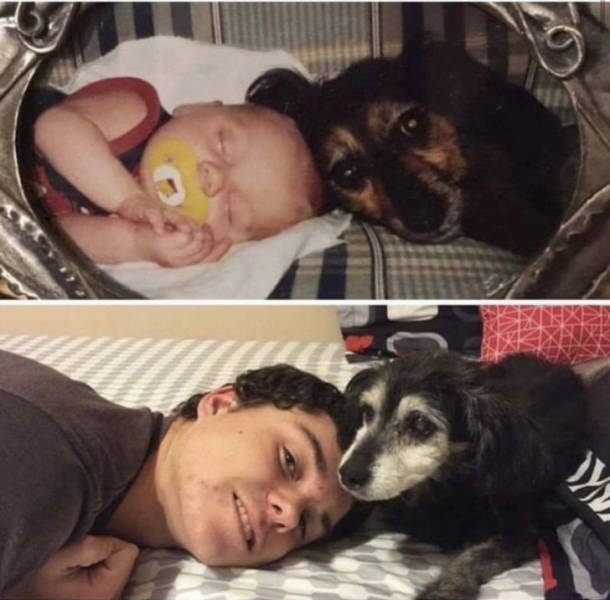 “My parents celebrate their 30th anniversary tomorrow. Still laughing together after all these years.” 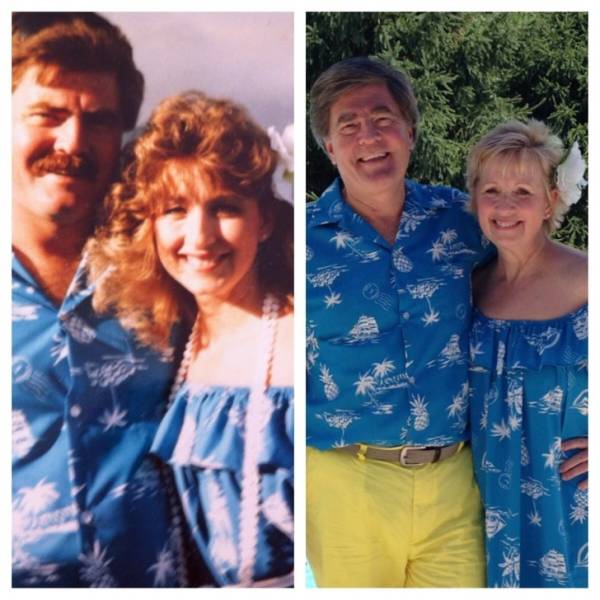 “17 years later, Dodger the Doxie is on his way to outlive the whole family.” 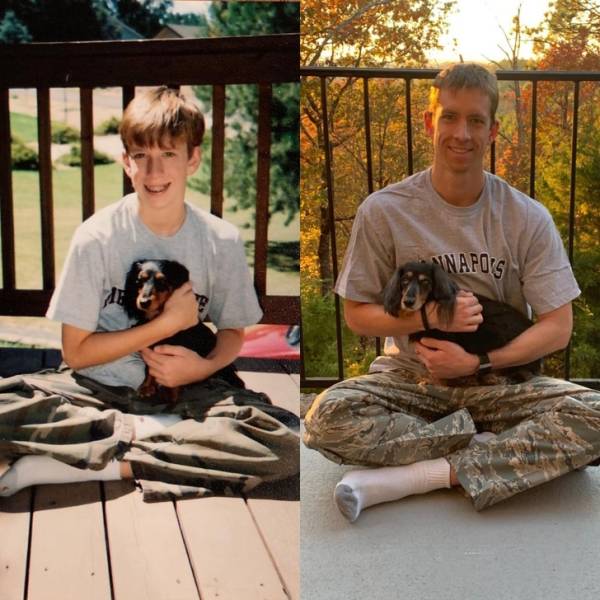 “My parents cut their wedding cake on their 30th anniversary after keeping it in the family freezer since they were married!” 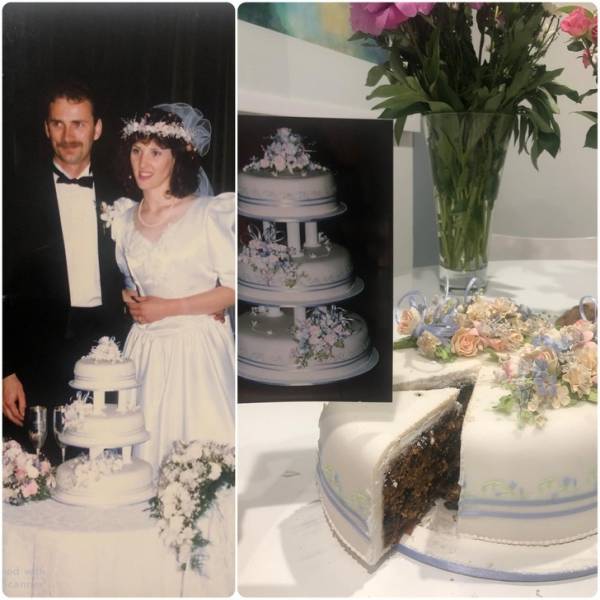 “On October 6th, 2018 I was lucky enough to marry my high school sweetheart. After 8 long years, I am so blessed to be his wife!” 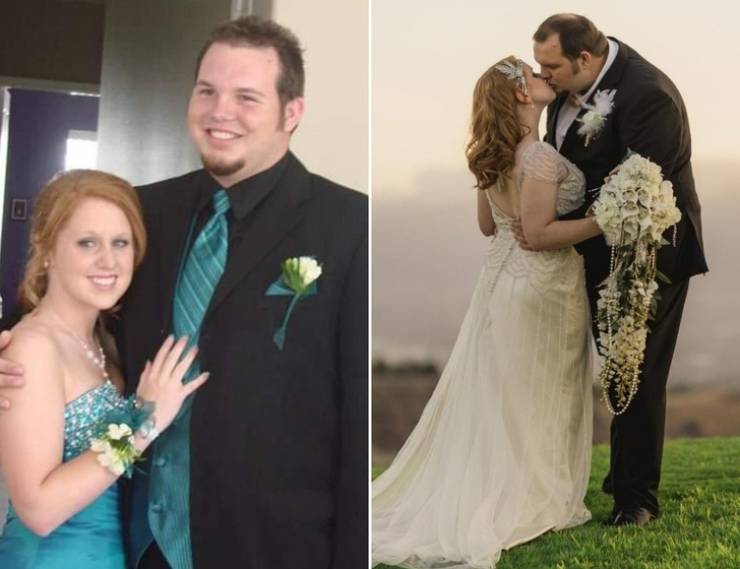 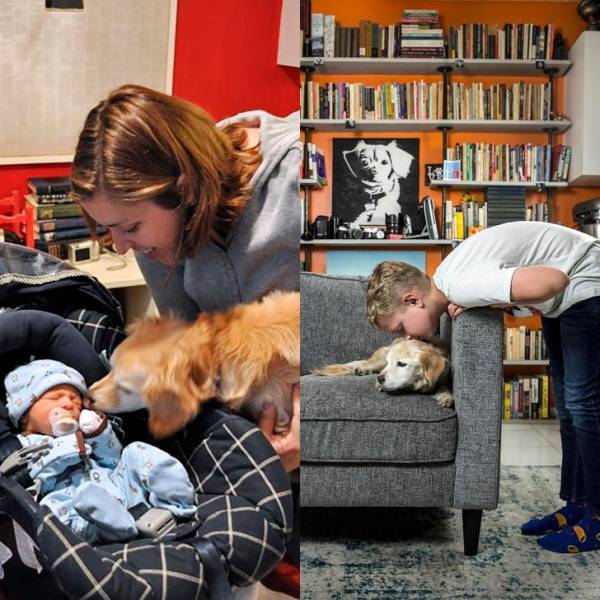 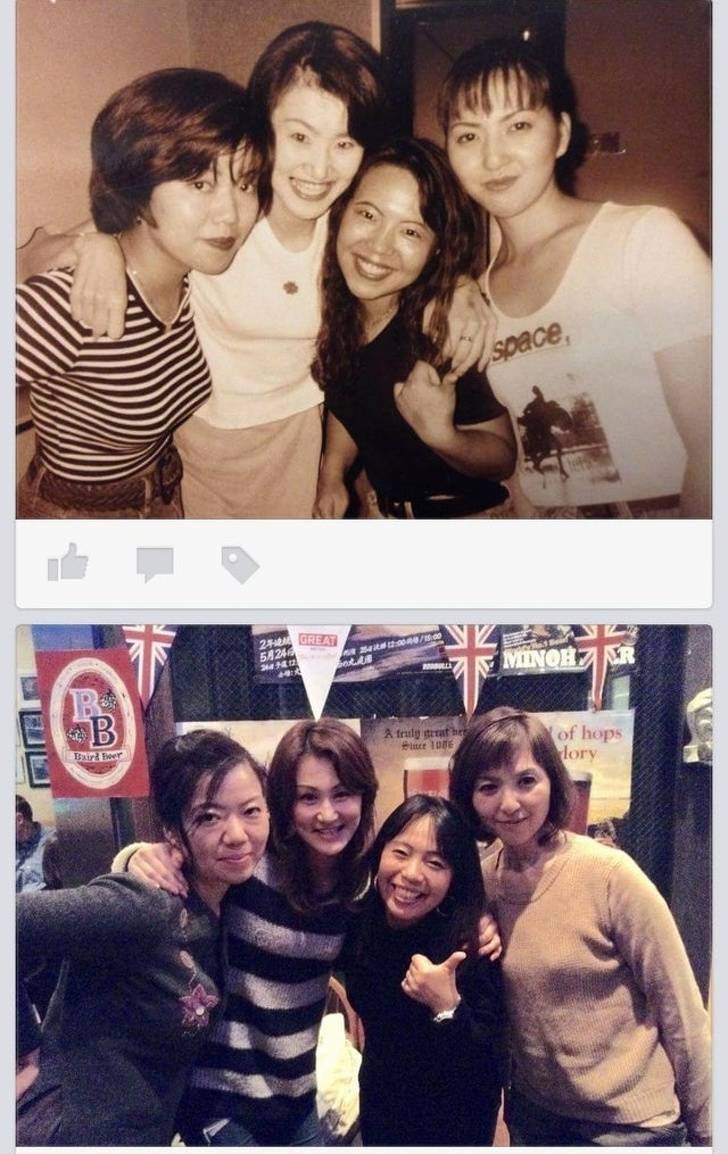 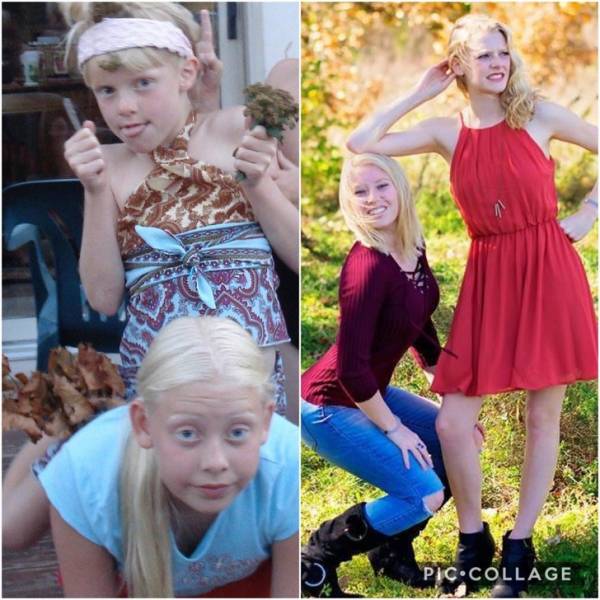 “My parents passed through San Francisco on their honeymoon in 1982. We decided to re-create this photo 32 years later.” 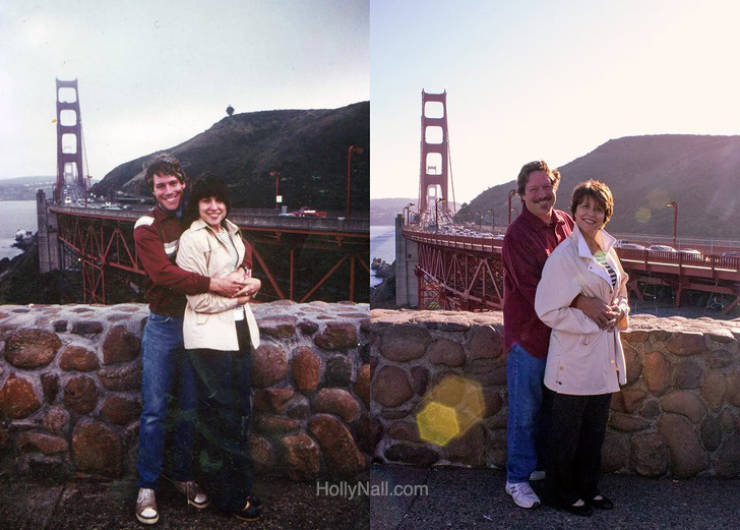 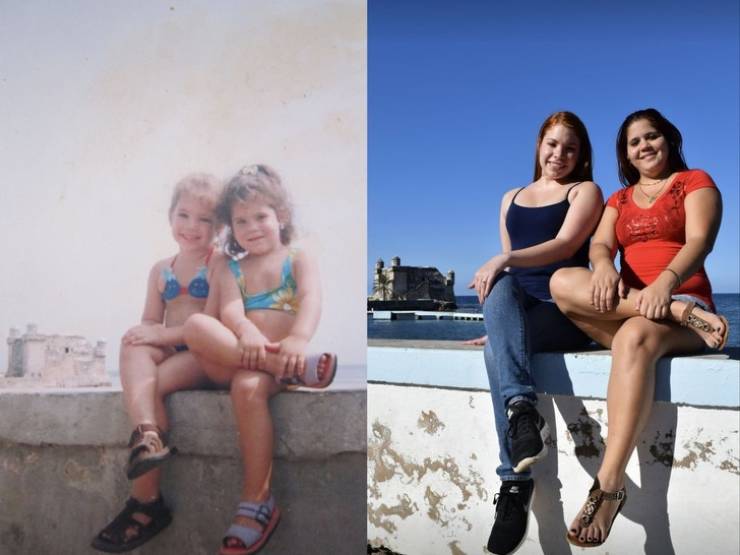 “My grandparents. Then and now.” 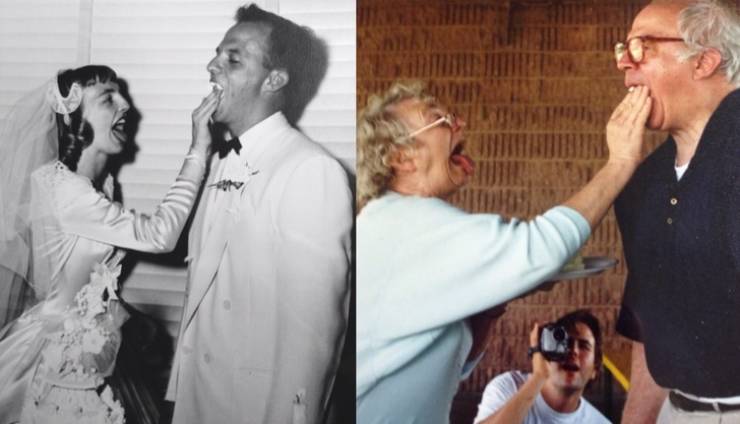 “My friend and I acting on stage in high school. 45 Years later, we’re still acting out!”

“Re-took this picture on NYE with my little brother and his dog, 11 years later.” 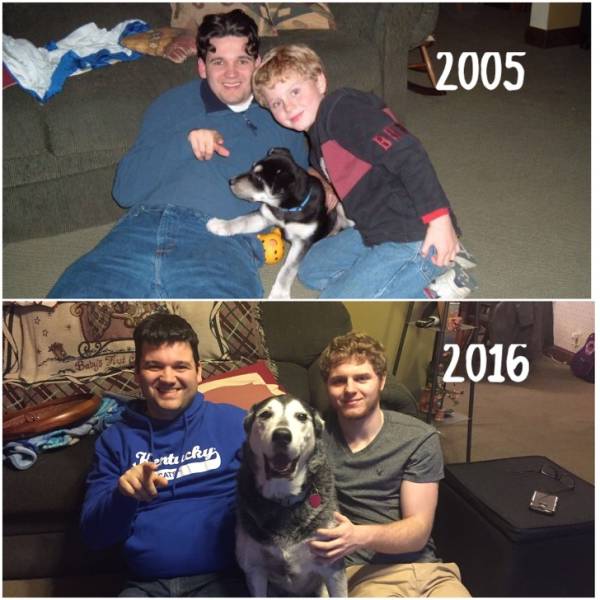 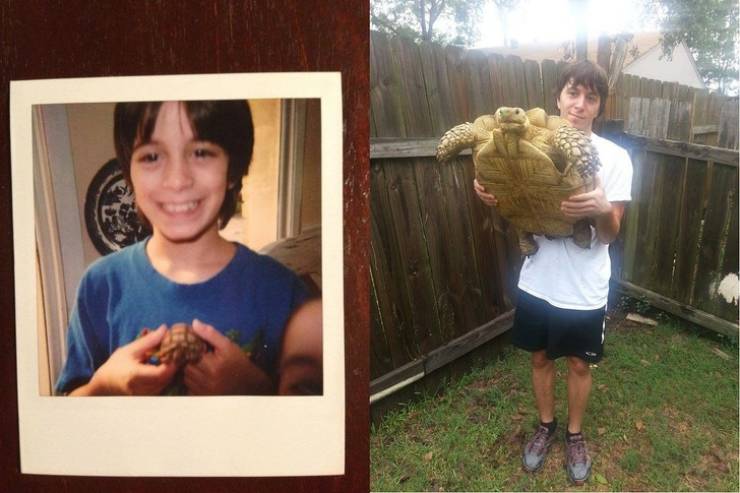 “Colorized my grandparents’ 1953 wedding photo for Christmas, they’ve been together 65 years!” 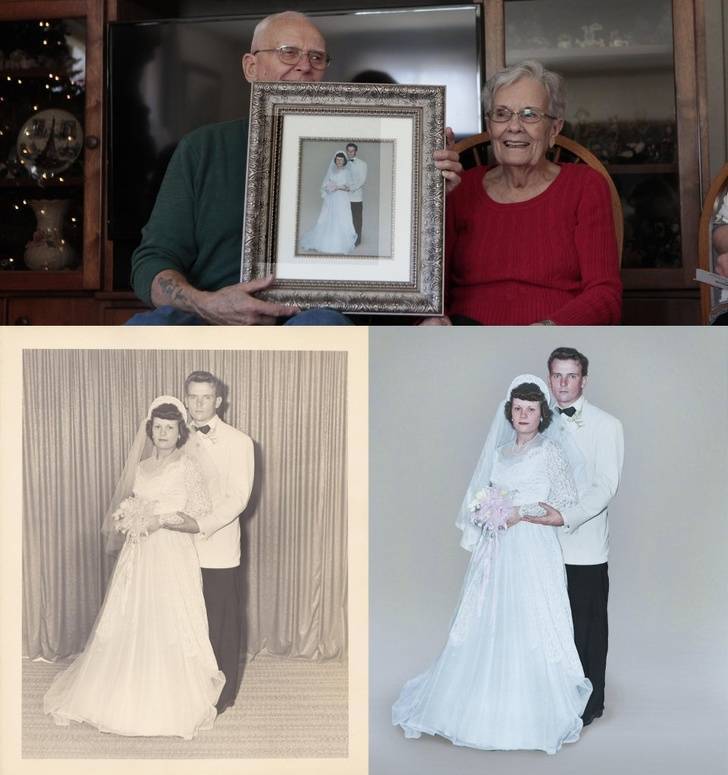 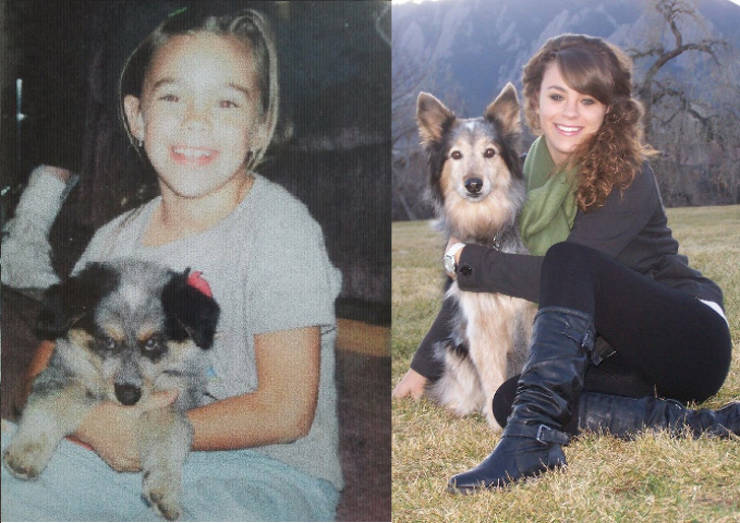 “My grandparents on their wedding night, and 60 years later.” 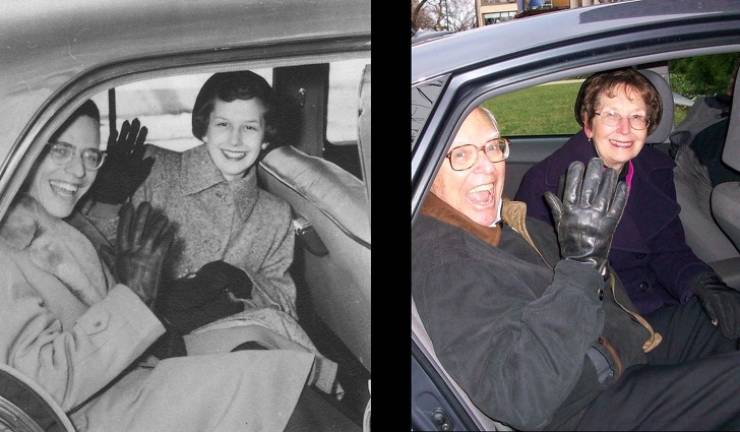 “15 years later, me and my friend are still together.” 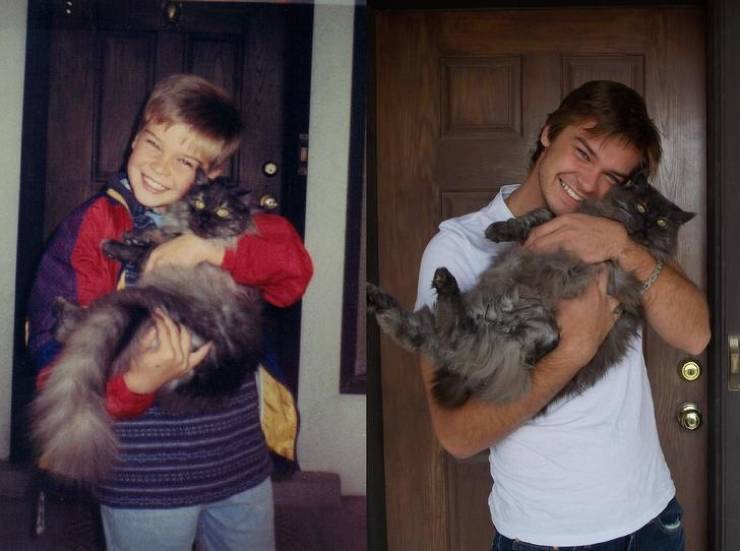 “My grandmother is wearing her original wedding dress on her 60th anniversary with my grandfather. They are a testament to true love and commitment.” 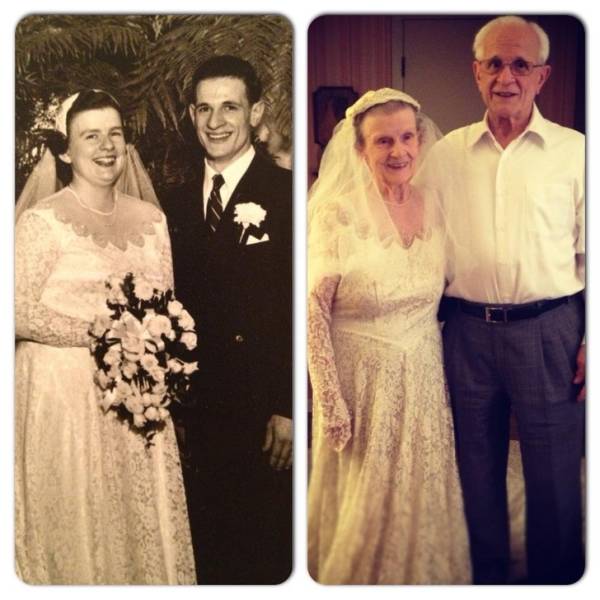 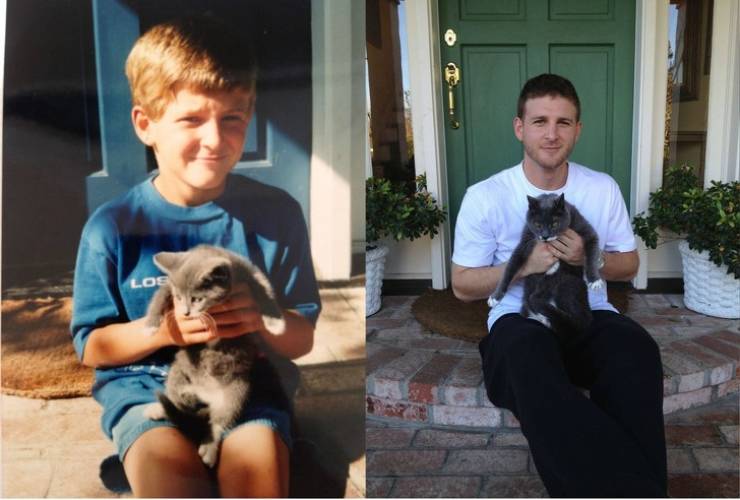 “Me and my cousins. Then and now.” 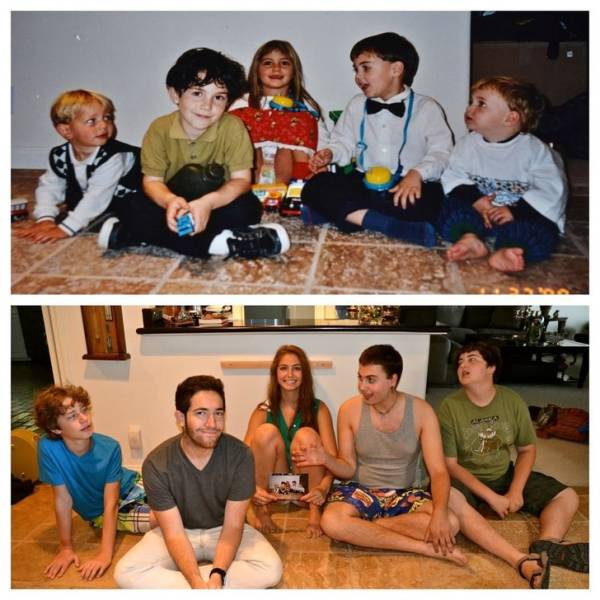 “A flower girl and ring bearer from a wedding got married 20 years later.” 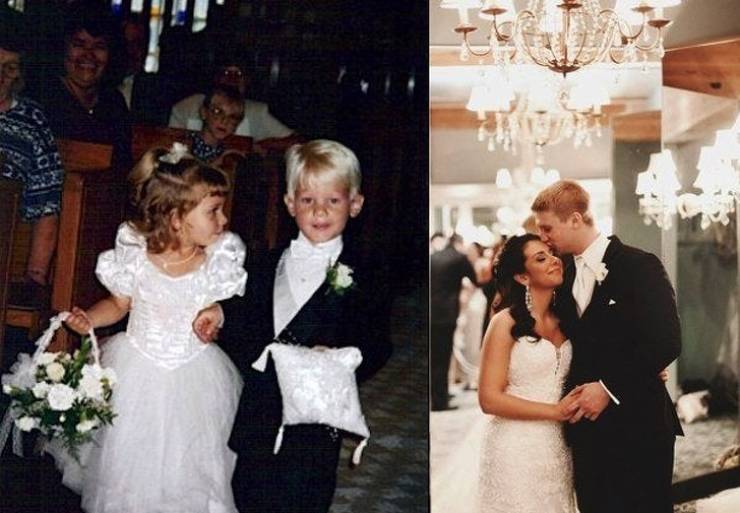