Sports fans will not need an introduction here. For those who don’t know the “Subway Series” referred to the Yankees and the Mets, both New York baseball teams, facing off in the World Series. Ultimately, the Yankees would win, which was their third consecutive World Series win at the time.

The most popular song by the boy band phenomenon hit No. 4 on the Billboard Hot 100 list in 2000. Personally, my familiarity of this song is limited to a joke in X2: X-Men United, but I must have heard this on the radio for God knows how long.

“She Bangs” by Ricky Martin

The Ricky Martin single managed to hit 12th place in the on the Billboard Hot 100, and more impressively stayed there for 18 weeks.

“I Hope You Dance” by Lee Ann Womack

The country super hit reached number one on the Billboard Hot 100 in 2000, and even earned Womack the Country Music Association Award for Single of the Year.

“Who Let the Dogs Out” by Baha Men

It may seem impossible to believe, but “Who Let the Dogs Out” almost went entirely unnoticed. At its initial release, it barely hit the Top 40, but as the 2000s went on, it became one of the biggest hits of the decade.

Bon Jovi has been ridiculously fortunate that they’ve managed to have a big hit single in basically every decade they were generating new music for, and they got especially lucky that they kicked off the new millennium with this song.

“Harry Potter and Goblet of Fire” by J.K. Rowling 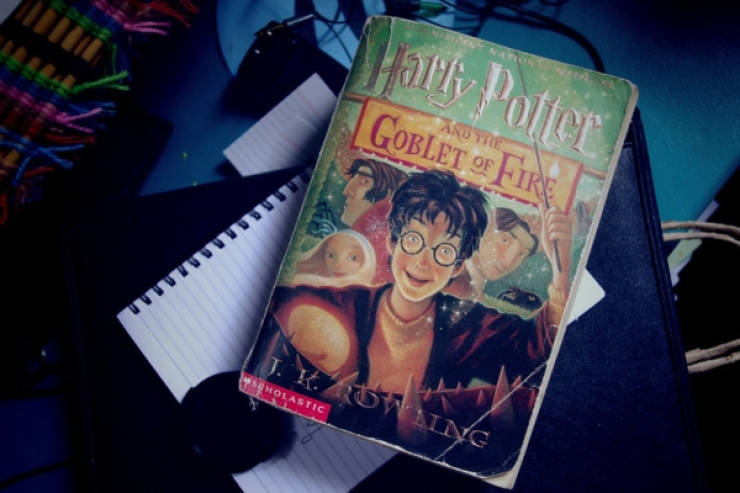 Yes, the fourth Harry Potter book came out in 2000 (the movie didn’t come out until 2005, and the adaptation of the first book didn’t come out until 2001). To say that the 20 years that followed were pretty good for the Harry Potter brand is beyond an understatement. Not only were all of the books filmed, but they also inspired spin-off films (of debatable quality), a Broadway show, and theme park rides at Universal Studios. 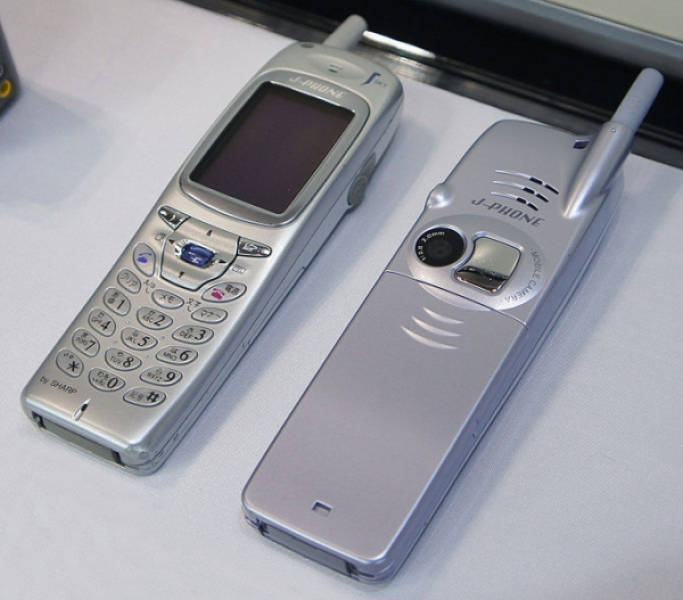 The J-SH04 (what a catchy name) hit the market in 2000, and the pictures had a whopping resolution of 0.1-megapixels.

(For reference, the iPhone X has a camera with 12 megapixels.)

While American Psycho wasn’t exactly the biggest financial hit at the time, it’s become a cult classic, lauded by fans and critics alike as the years have gone on. Amazingly, the movie had been in development throughout the 90s, stalling out before it could be filmed.

When Christian Bale took the lead part, he was warned playing such a hideous character like Patrick Bateman would kill his career. Instead, it did the opposite, landing him too many iconic roles afterward to even recount here.

The winner of Best Original Screenplay that year at the Academy Awards, this quintessential rock and roll film is one of the best of its year. I will be rewatching it next year in honor of its 20th birthday (and man does it deserve it).

You know, I shouldn’t be surprised that a movie that makes fun of The Sixth Sense and The Blair Witch Project (both movies from 1999) came out 20 years ago, but it’s still jarring for some reason. Four sequels (of WILDLY varying quality) would follow, and it launched Ann Faris’ career.

The film that earned Julia Roberts Oscar for Best Actress, the story of a woman’s fight against a California power company has easily held up as one of the best “based on a true story” movies of the 2000s.

The Best Picture winner at the Academy Awards that year has become an action movie staple, and easily the best “swords and sandals” revival movie of the 2000s. Funnily enough, the fact this film was a “swords and sandals” throwback made studios fearful to fund the movie in the first place, fearing it would be a huge flop.

Another notch on Kirsten Dunst’s belt as her career rose to stardom in the early 2000s, Bring It On inspired tons of sequels and helped solidify cheerleader films as a staple of the 2000s (for better and worse).

In May 2000, CBS would introduce a reality show that not only is still running today, but has had an enormous 39 seasons since. Survivor is one of the most famous reality shows of all time, but it’s not the only reality show hitting 20.

Just like Survivor, Big Brother is still running to this day, and has spin-offs under its belt like Celebrity Big Brother. The show’s influence spilled over into other reality TV show formats (again, for better and worse).

Call me completely ignorant, but it never occurred to me that Hollister didn’t exist before 2000. I guess I just assumed it had been around for longer than that? Apparently not, Abercrombie and Fitch launched the brand, which now has over 500 stores worldwide.

The ISS may have been started under Ronald Reagan’s request in 1984, but its first three residents wouldn’t arrive until 2000. Bill Shepherd, Yuri Gidzenko, and Sergei Krikalev were the first and lived there for several months.