These Are More Than Just Sculptures, These Are Stories! (7 pics) 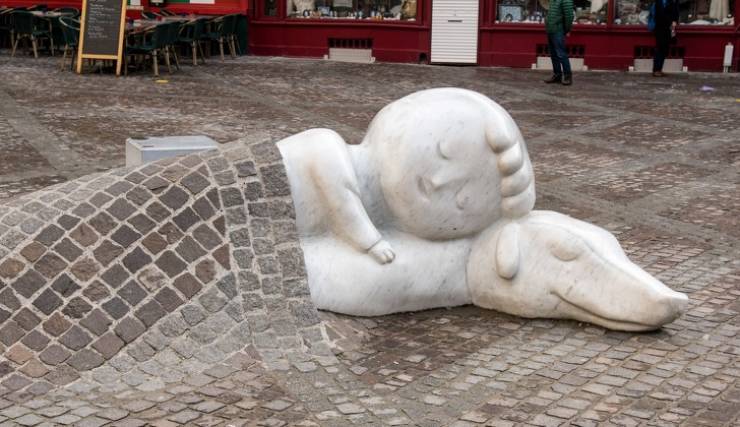 Right outside of the Cathedral of Our Lady Antwerp in Belgium, lies a massive statue of a boy sleeping with his pet dog under a blanket made of stone. At first glance, the statue seems “cute” but the story behind it is truly heartbreaking. The sculpture is of Nello and his rescued pet dog Patrasche, heroes of a famous 19th-century tale. In his life, Nello faced a mountain of hardships while battling poverty and hunger and ultimately lost his life by freezing to death in a church with his best friend by his side. 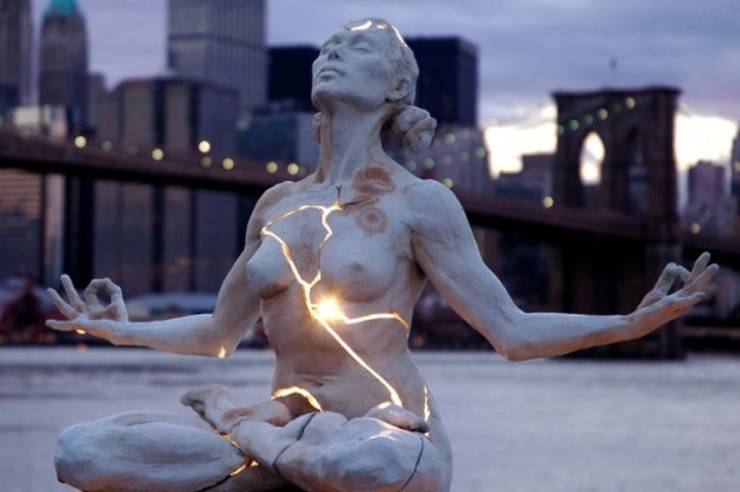 This powerful sculpture by Paige Bradley may not have a particular story behind it, but it reflects the one we all carry inside. Rightly named Expansion, this figure stands for the potential which gets buried beneath tiring hours, expectations, and misunderstandings.

Tired of rejections, the artist literally took a perfectly sculpted figure of a meditating woman and smashed it on the floor. It was only then that she found her true calling and put the shattered pieces back together, which is how the famous sculpture, which became an internet sensation, was born. Break free, take a chance on yourself.

The statue is currently a part of a private collection in New York City and the artist is trying to get it into a public one in Brooklyn. 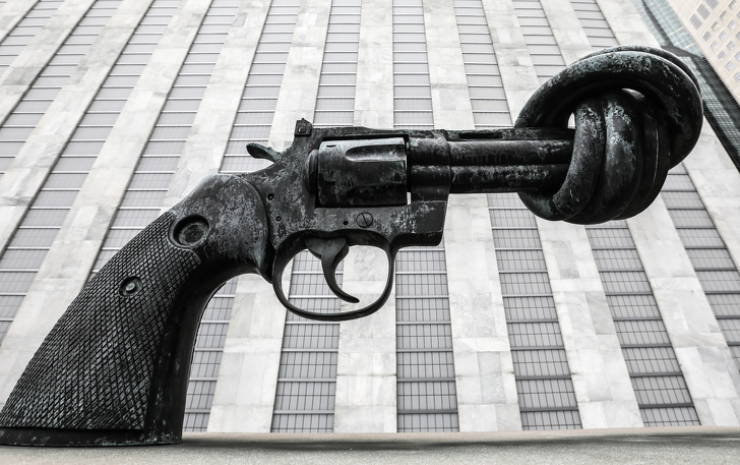 At the United Nations headquarters in New York stands a colossal Colt Python .357 Magnum revolver, with a tied up nozzle. Famously known as the “Non-Violence” sculpture, the story behind this holds an even bigger meaning. This bronze artwork was created by Carl Fredrik Reuterswärd, in memory of his friend and singer John Lennon, in 1985. Founder of The Beatles, John was shot dead by a man at his own residence. 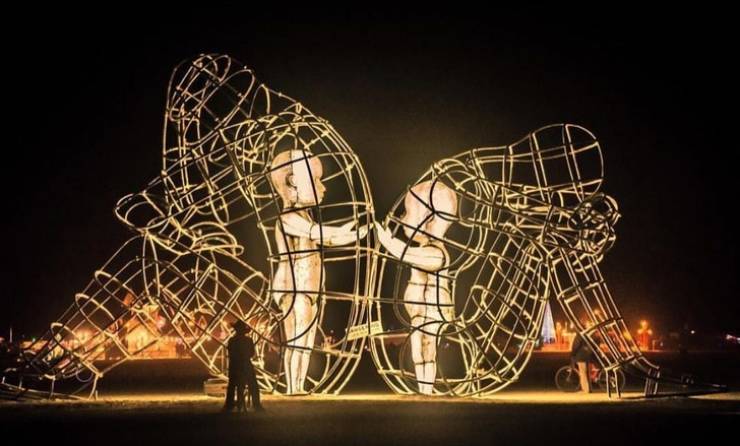 Created by Alexander Milov, this sculpture features 2 adults with their backs turned, as their inner children are longing for each other. First showcased at Burning Man in Nevada, it is amazing how this piece of art can be interpreted in multiple ways, the most common ones being — children holding together separated parents, lovers putting their ego first, and adults who have lost their childhood in their mundane lives. What do you think the sculpture is about? Alex is currently working on miniature replica versions of the famous Burning Man display which will be soon up for sale.

Shoes on the Danube Bank 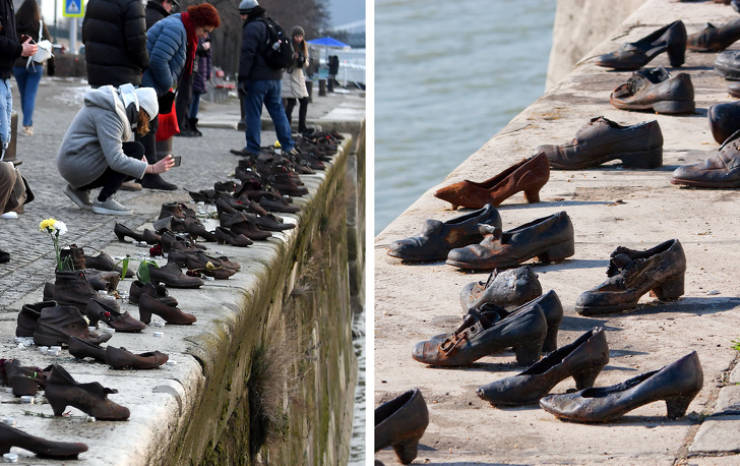 During World War II, Jews were asked to leave their shoes behind and stand near the river to meet their terrible fate. Shoes on the Danube Bank is a sculpture which features iron shoes, in memory of the 3,500 people who lost their lives by the river. You can visit this memorial in Budapest, Hungary. 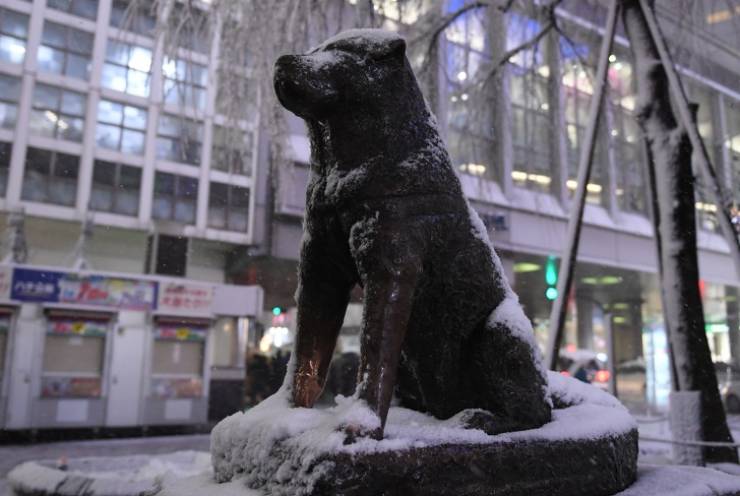 To the many who cross the Shibuya Scramble Crossing in, Tokyo, Japan every day, a nearby dog statue is just a dog sculpture, but to the locals, it is much more than that. Even though the sculpture looks ordinary, it was constructed to honor the most extraordinary dog.

Hachiko was adopted by a university professor called Ueno. Every day, Hachi would wait for his master to return to the station. This went on for years until the professor passed away white at work due to a cerebral hemorrhage. Unaware of the fact that his master was not coming back anymore, Hachi continued to wait for Ueno at the station every day for over 9 years until he died. His ashes were buried next to his master’s.

Ali and Nino (A man and a woman)

From real-life to Hollywood, we have all witnessed quite a few love stories, but this one is the most emotional of them all. Moving sculptures of a man and a woman designed by Tamara Kvesitadze portray the sad story of Ali and Nino, 2 lovers who couldn’t be together because of their different religious backgrounds.

At 7 pm every day in Batumi, Georgia, the sculptures move toward each other and the figures appear to share a short kiss but then they cross paths and move away.