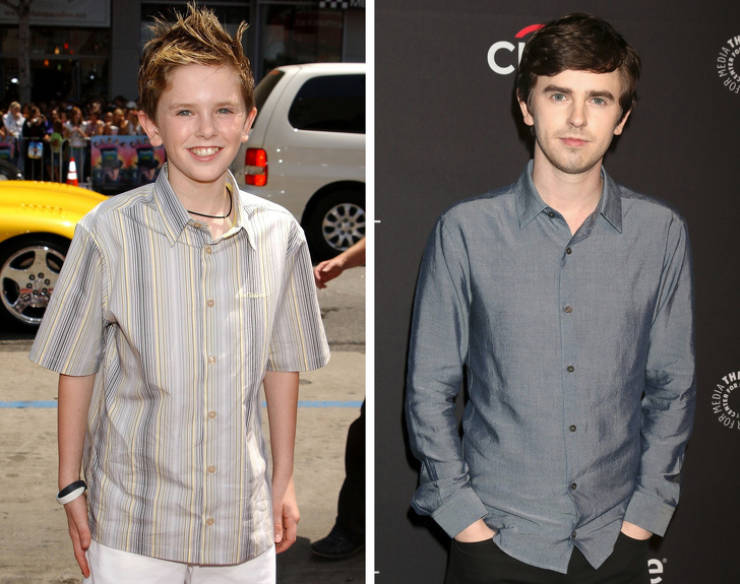 The star of the TV series, The Good Doctor started appearing on screen when he was quite young: at the age of 7, he already had some small roles. When he was 13 years old, critics were already talking about him as if he was a young talent. In 2005, Freddie Highmore played the role of Charlie Bucket in Tim Burton’s Charlie and the Chocolate Factory. According to the media, it was Johnny Depp himself that recommended Freddie Highmore for the role. He was really impressed by the boy’s acting chops. 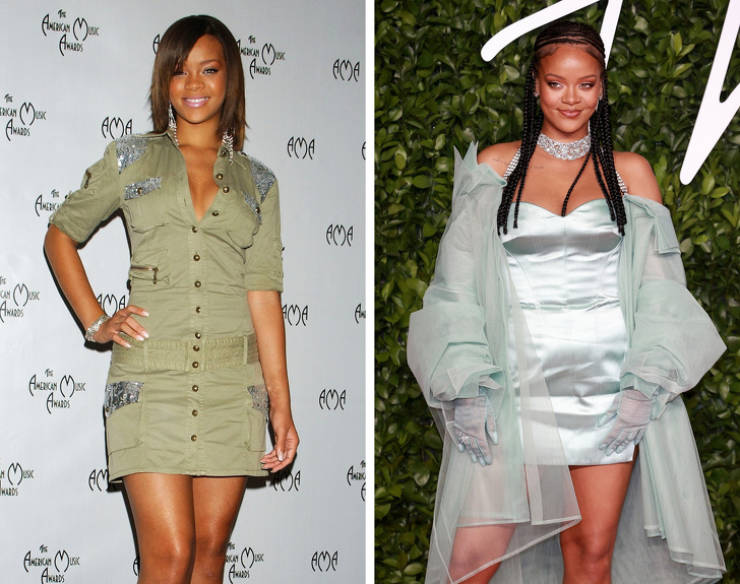 The celebrity path of the singer from Barbados started in 2005 — this was when Rihanna moved to the US and signed a contract with a record label. 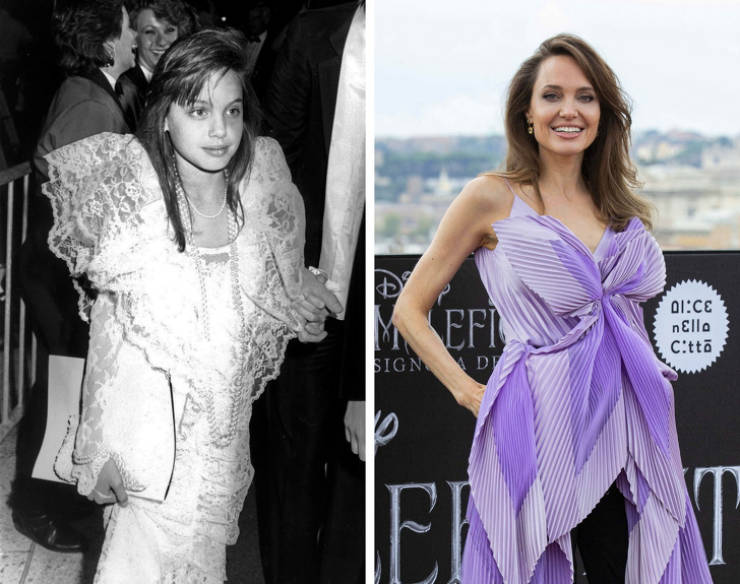 Angelina Jolie became famous after the movies about Lara Croft were released where she played the main role. But her first movie debut happened back in 1982 when she was just a child. Her father is also a famous Hollywood actor, Jon Voight. This is why Angelina sometimes appeared at celebrity events as a child together with her father. 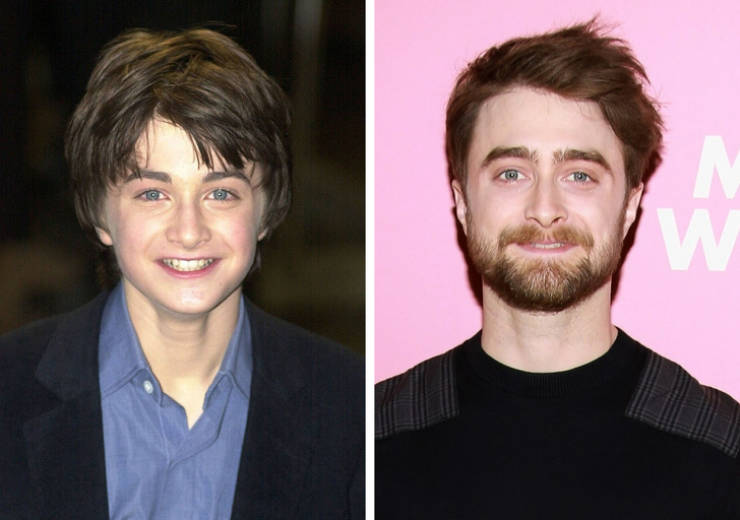 The young Daniel Radcliffe first appeared on the red carpet when Harry Potter and the Sorcerer’s Stone was released. 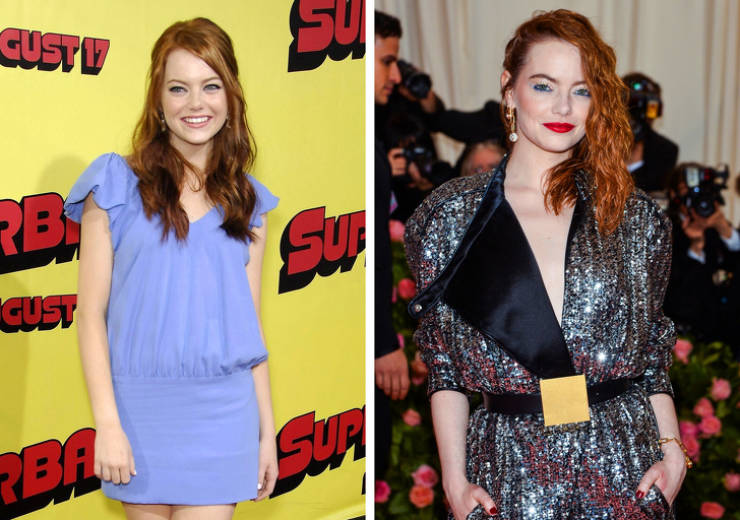 Emma Stone started her career in 2004 with small roles in different TV series. But her movie debut happened 3 years later when she took part in Superbad. 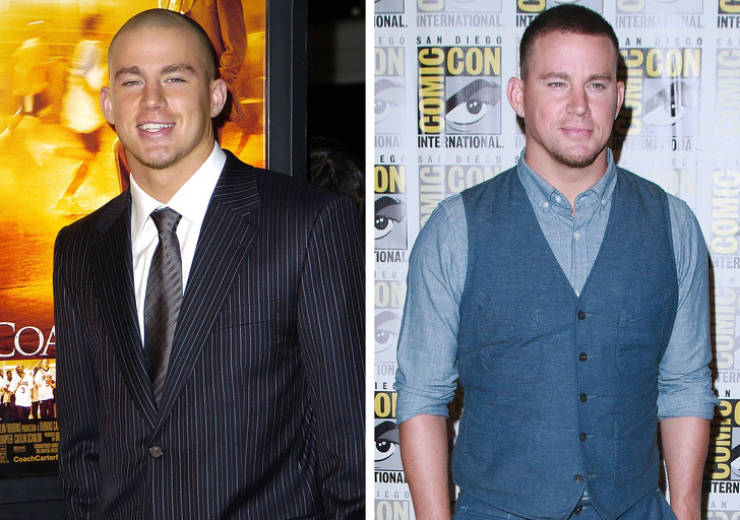 The first time Channing Tatum appeared on screen was in 2004 in an episode of a TV series. In 2005, he did a series of small roles but his real breakthrough happened 1 year later when he got a role in Step Up. 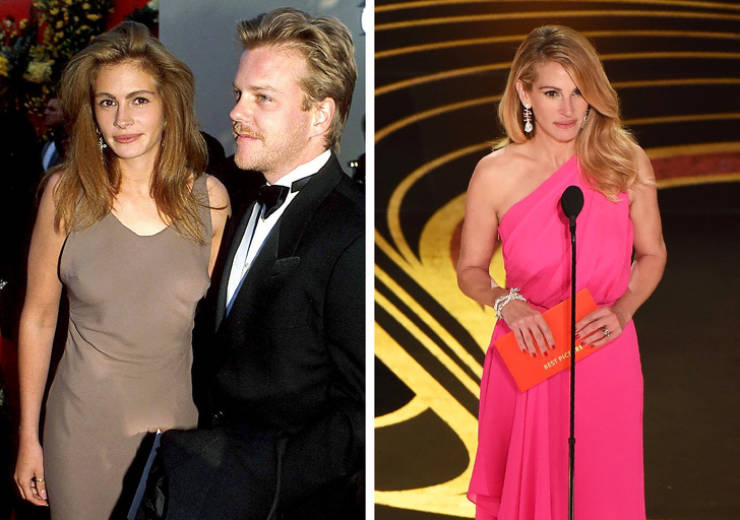 Julia Roberts first became famous from the film Steel Magnolias that was released in 1989 and it earned her a Golden Globe. One year later, Julia became the brightest star in Hollywood after the success of Pretty Woman. For her role in this film, she was nominated for an Oscar and a BAFTA and won another Golden Globe. 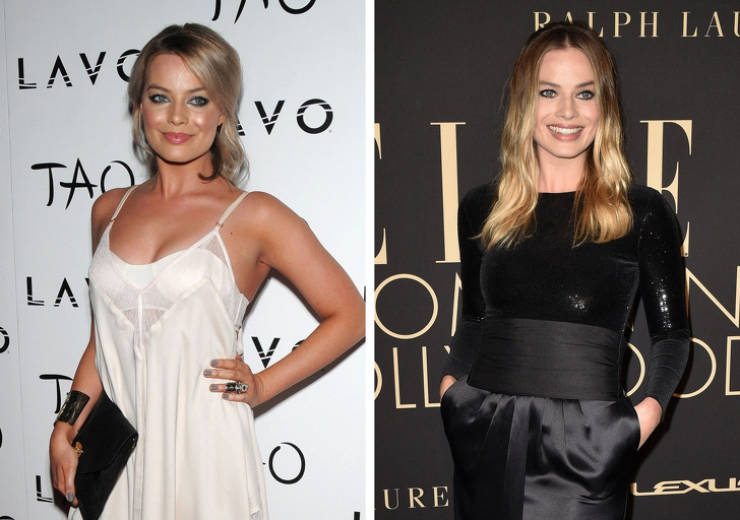 The first films starring this Australian actress came out in 2008 and 2009. The girl then moved to Los Angeles and there, she got a role in the TV series, Pan Am. Margot Robbie was on the show for 1 year from 2011 to 2012. 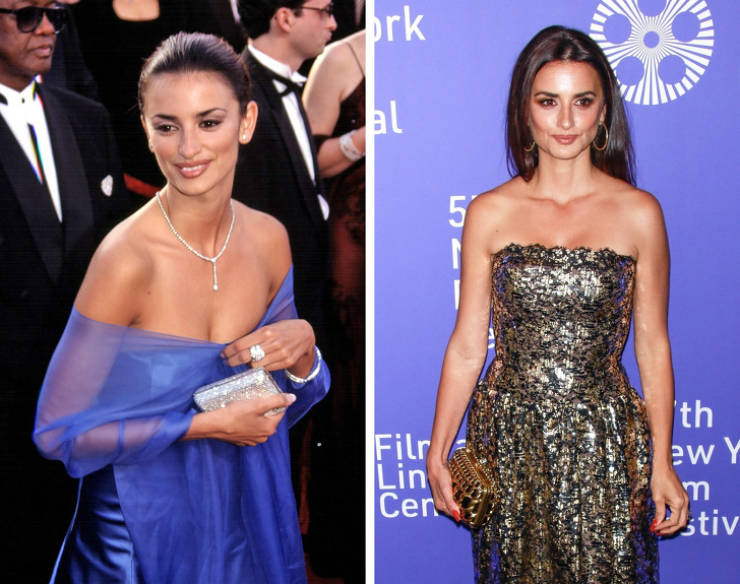 In 1999, Penélope Cruz worked with director Pedro Almodóvar in the film All About My Mother. When the film got an Oscar, the actress was among the invited stars and congratulated the director whose films influenced her decision to become an actress. 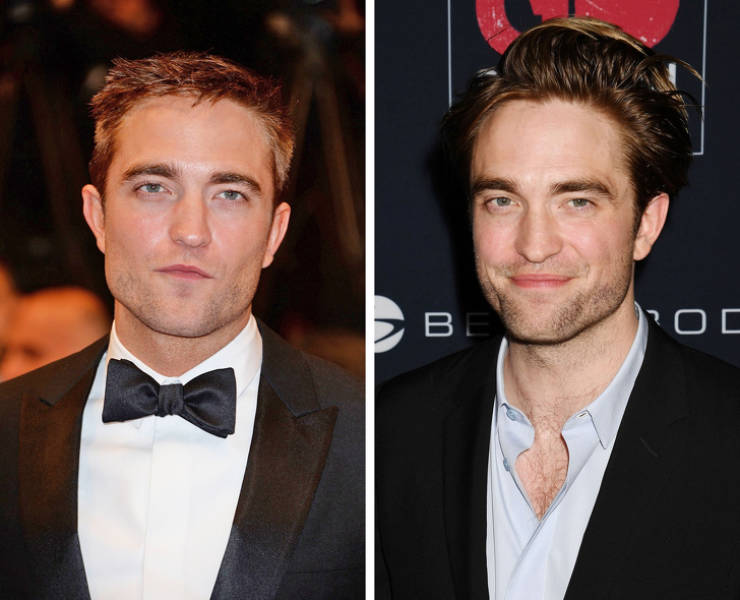 The first movie experience for Robert Pattinson was a supporting role in Ring of the Nibelungs (2004). That same year, the actor appeared in the adaptation of the Vanity Fair novel but all his scenes were cut out — they could only be found on DVD. 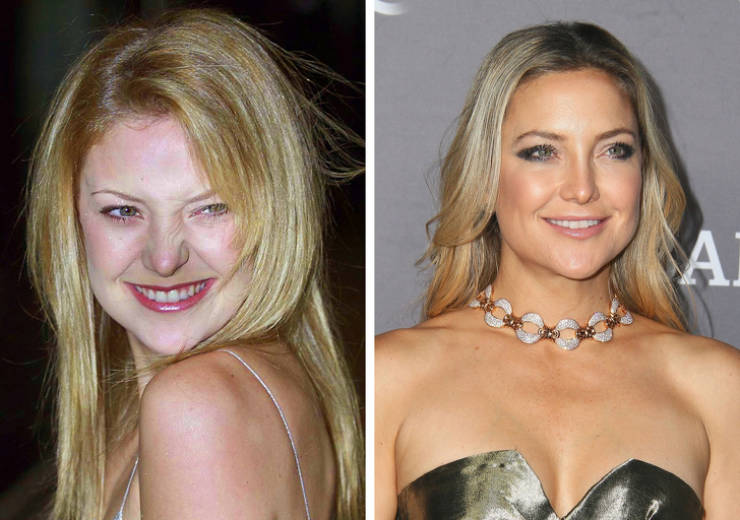 The first time Kate Hudson appeared in a movie was in 1998 and 2 years later she had a role in Almost Famous. Funnily enough, the film with this title made her famous and got her an Oscar nomination. 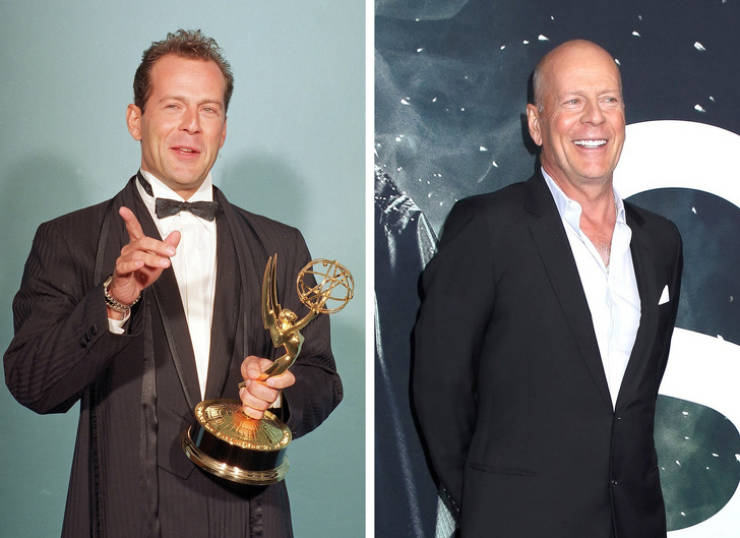 Bruce Willis didn’t become famous right away. At first, he had to appear in not-so-famous theaters and did small TV roles before he was noticed and invited to appear on the show, Moonlighting that was on the air from 1985 to 1989. 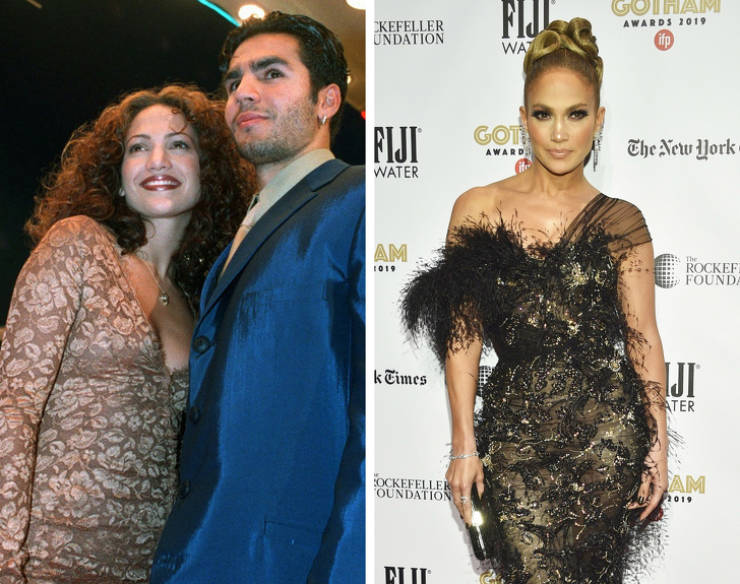 Jennifer Lopez played her first main role in 1997 in Selena. The actress was nominated for a Golden Globe for her work. 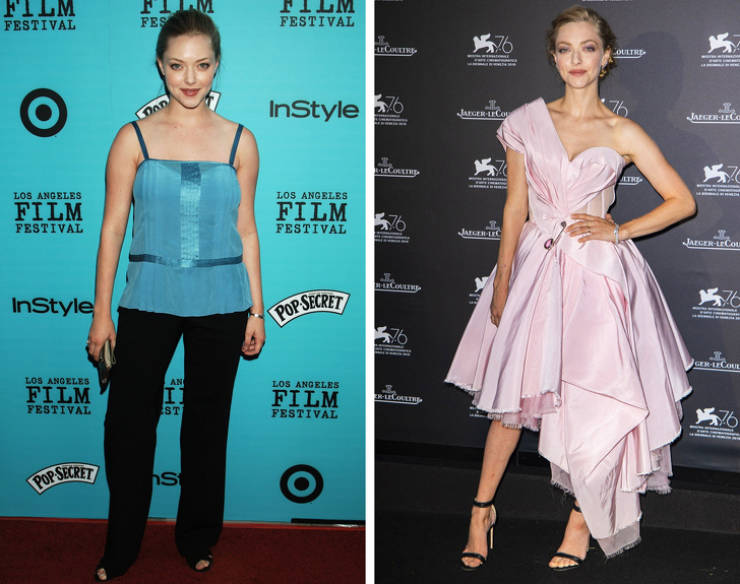 In 2004, Amanda Seyfried appeared in Mean Girls and just 1 year later, she appeared in Nine Lives. Then, in 2006, you could see her in Alpha Dog. After that, she got the leading role in the popular HBO series, Big Love. 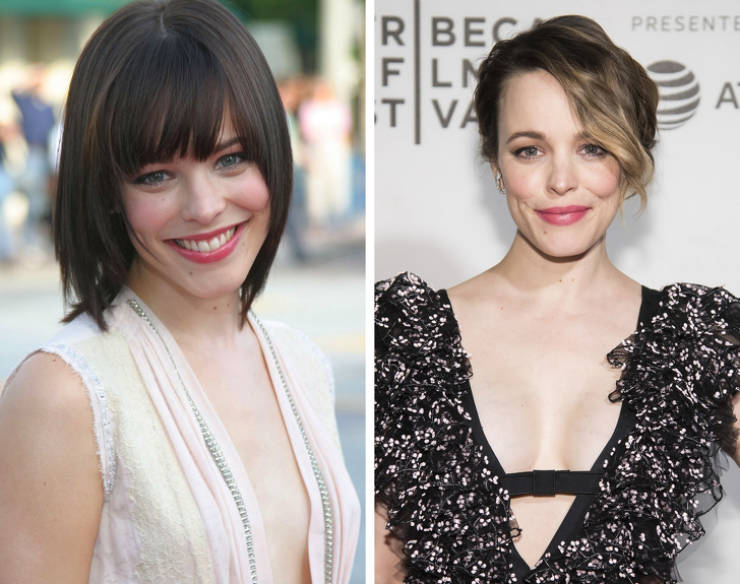 The actress became famous after her role in the comedy Mean Girls that was released in 2004. The same year, we saw the screen adaptation of The Notebook where Rachel McAdams and Ryan Gosling played a loving couple. Viewers loved the film and the actress won the hearts of the public. 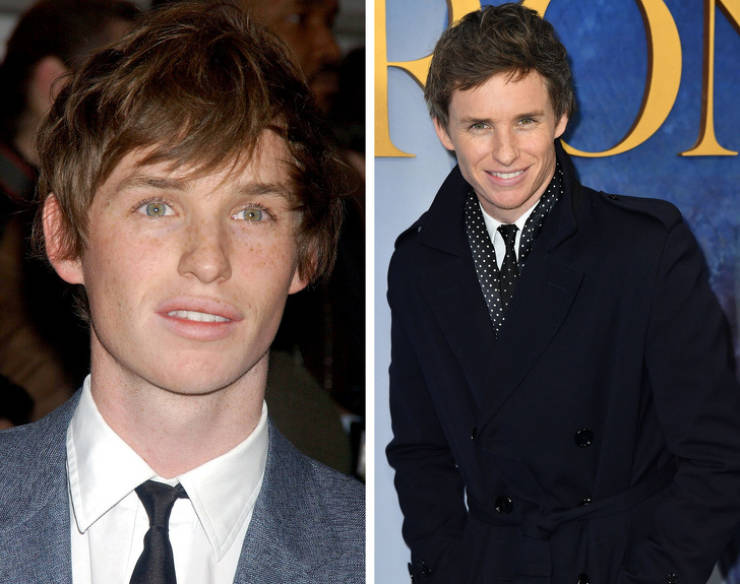 The first time this British actor appeared on screen was in the TV series, Animal Ark in 1998. But he got his first role in a movie in 2006. 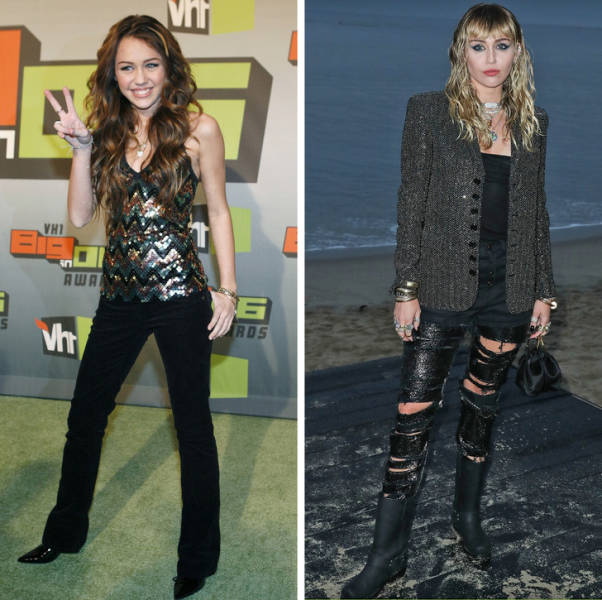 Miley Cyrus became world-famous when she got the main role in the TV series, Hannah Montana. It was released in 2006 at the same time the 14-year-old star started to appear on the red carpets of different events.