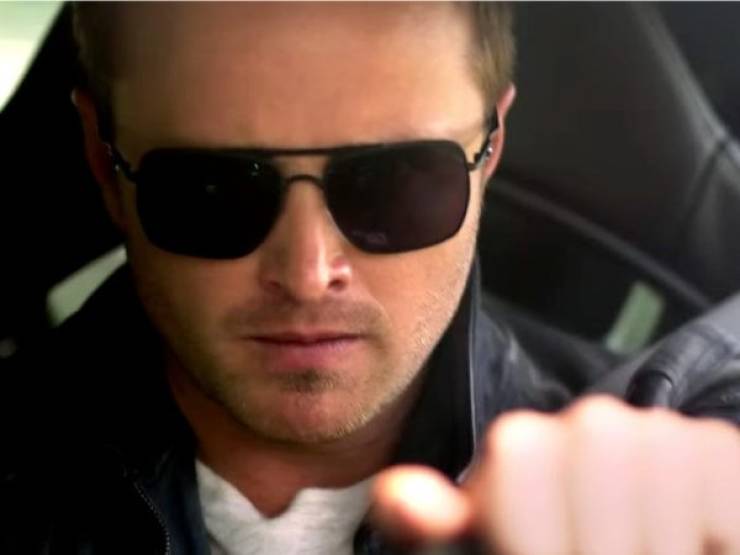 Not to poke too much fun at Aaron Paul, but Need for Speed didn’t exactly light up the filmgoing world. However, Paul walked away from the film with way more than a paycheck, he managed to get a goddamn 1969 Ford Torino GT out of the shoot when it was over. 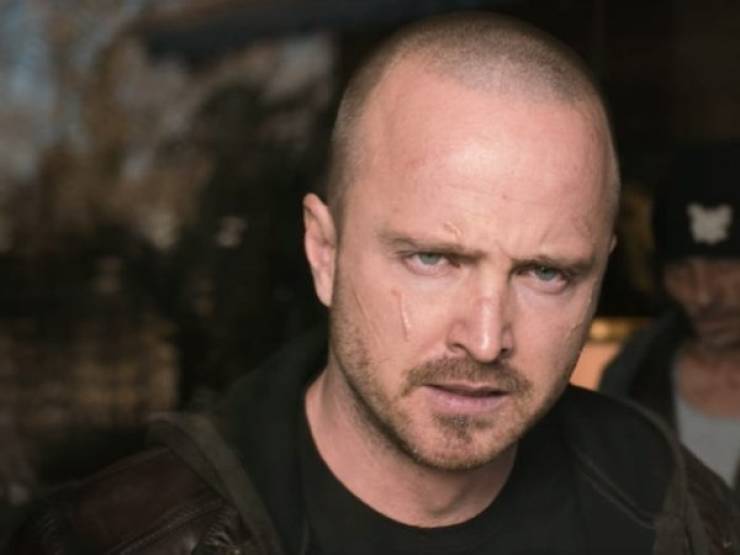 Far more sentimental for Paul was the letter his character wrote to Brock, his ex-girlfriend’s son. Not only did Paul keep the letter prop, he had it framed. 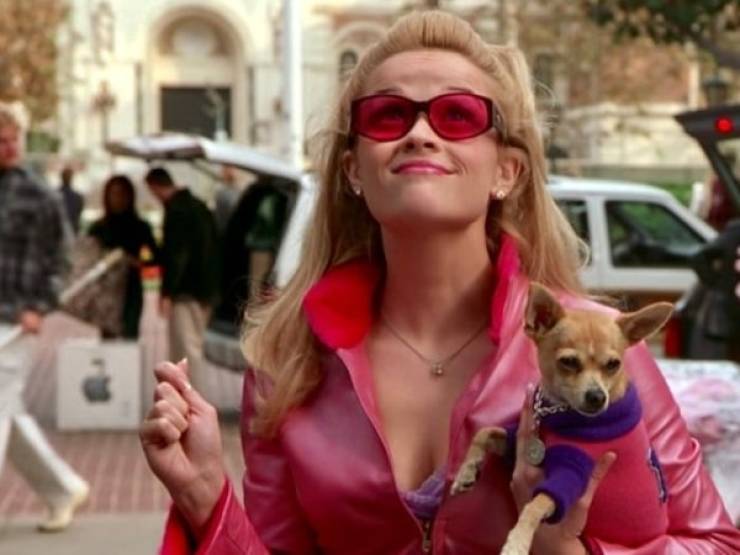 Shockingly, she never actually took advantage of that wardrobe at all. In an interview with The Graham Norton Show, she revealed that:

“I’ve never touched them and then on the 15th anniversary I took them all out of storage and tried them all on… Some of them fit. Some of them didn’t, and then I, yeah, I showed them all to my daughter and it was really cool.” 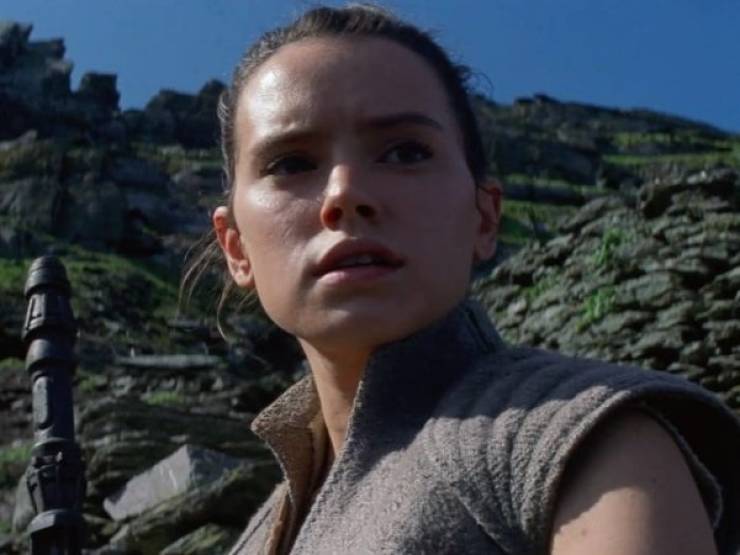 Last year, Ridley revealed that she was gifted a lightsaber prop from the set, but its only caused her stress and paranoia since. She revealed on Jimmy Kimmel Live that she’s “worried someone’s going to track me down and break into my house, so I do need to say it’s in a safe place. It’s not in my house.”

Star Wars: Episodes VII-IX – Adam Driver, A lightsaber and “a lot of stuff” 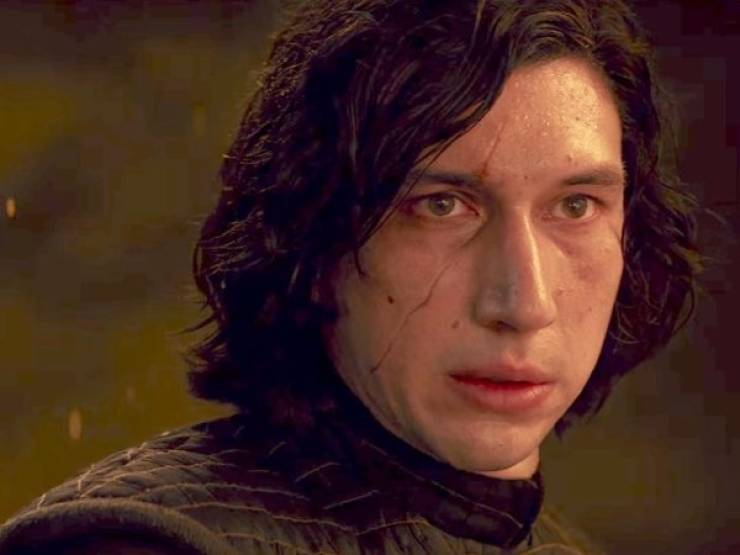 Just like his co-star, Driver also received a prop of his lightsaber. What’s less clear, however, is what he meant in the same interview by saying he’d taken “a lot of stuff” from the set as well (though, he did admit that he asked Disney first because “they’ll hunt you down”). 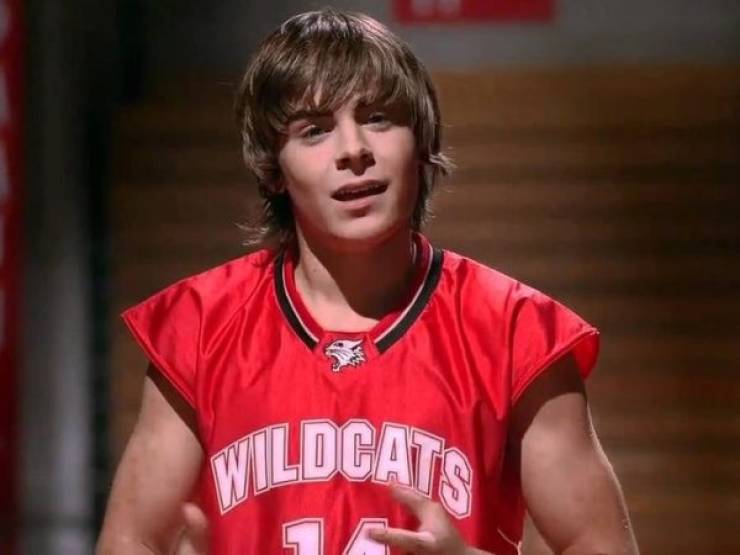 Meanwhile, it sounds like Efron didn’t exactly ask too much permission for taking stuff. From Baywatch, he has a pair of board shorts. From High School Musical, he took his basketball jersey. From Hairspray, he took a belt that his character Link Larkin wore (and unlike the other props, he actually will occasionally still wear the belt). 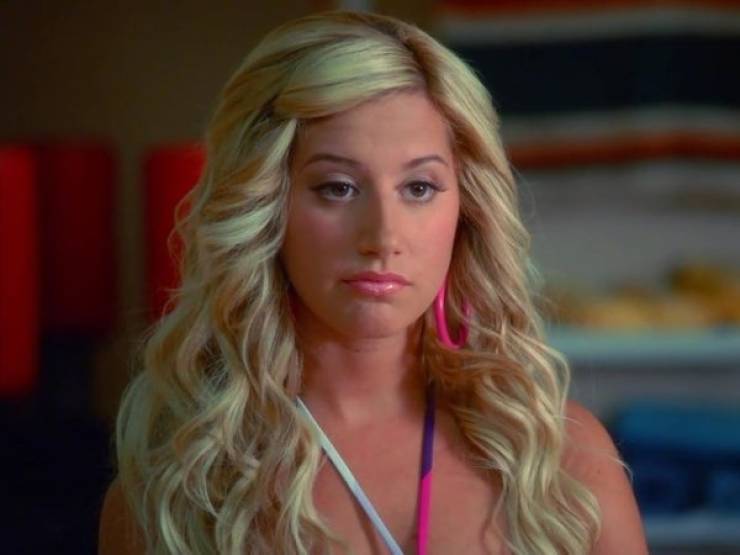 Unlike Reese Witherspoon, Ashley Tisdale did not have permission to take her entire wardrobe. But since the first film was a made-for-TV movie that unexpectedly became huge, no one was bothered at the time. But after its success, Tisdale revealed that Disney was desperate to get some of the outfits back for their own hall of fames.

She simply refused and still has all of it. 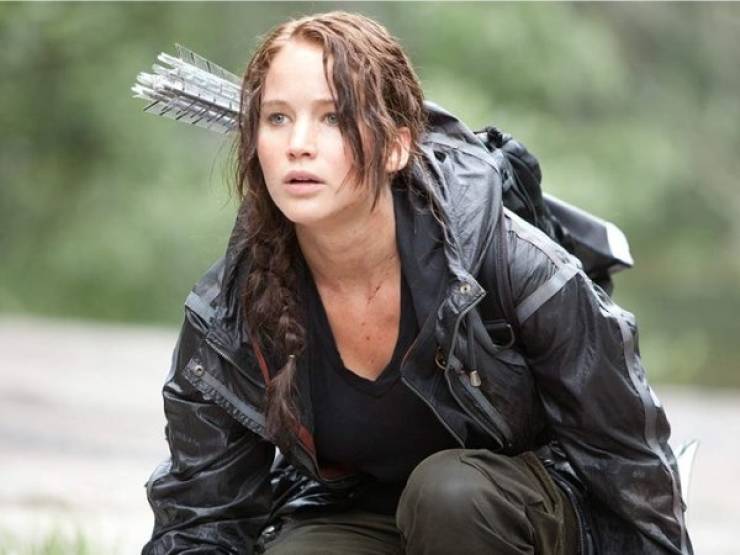 Considering how prominently featured Katniss’s boots and jacket are during her games to the death throughout these movies, it’s not a huge surprise that when the final film wrapped shooting, she got to keep them. 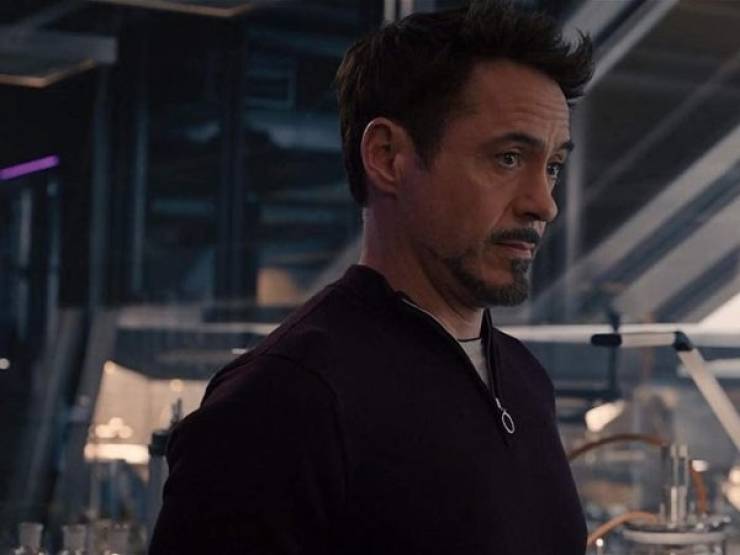 Robert Downey Jr. is notorious for fucking around on Marvel sets (mostly for hiding snacks throughout the set to the point that he straight up snuck it into The Avengers), so maybe I shouldn’t be so surprised that he decided to take a big-ass letter “A” from the set. Specifically, it’s the “A” outside of the Avengers center. 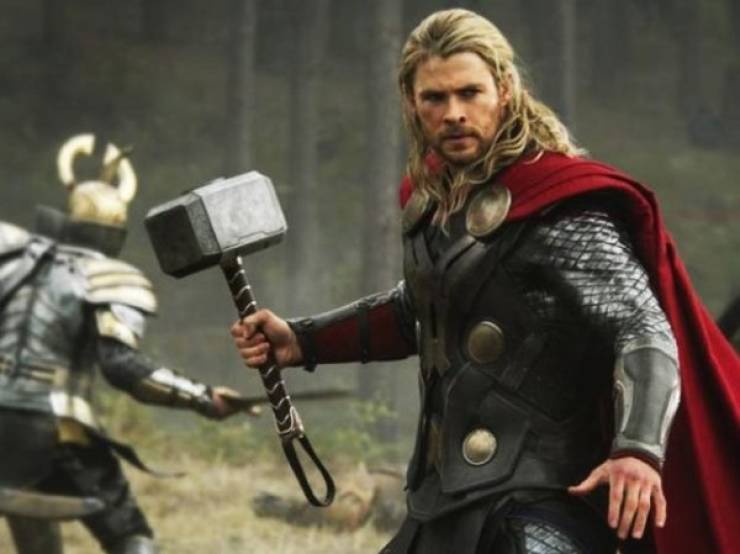 Last time Hemsworth was asked about what props he had, he revealed that he had several Mjolnirs (AKA, Thor’s hammer). How many? In his own words, “A few… About five.”

Who knows how much that number will go up by the time he’s done shooting Thor: Love and Thunder, but it does beg the question: Where does he keep them? Apparently, “One’s next to the toilet, one’s on a mantlepiece somewhere.” So, good luck figuring out where the other three (?) are.

Lord of the Rings trilogy – Ian McKellen, all sorts of stuff and the front door key to Bag End 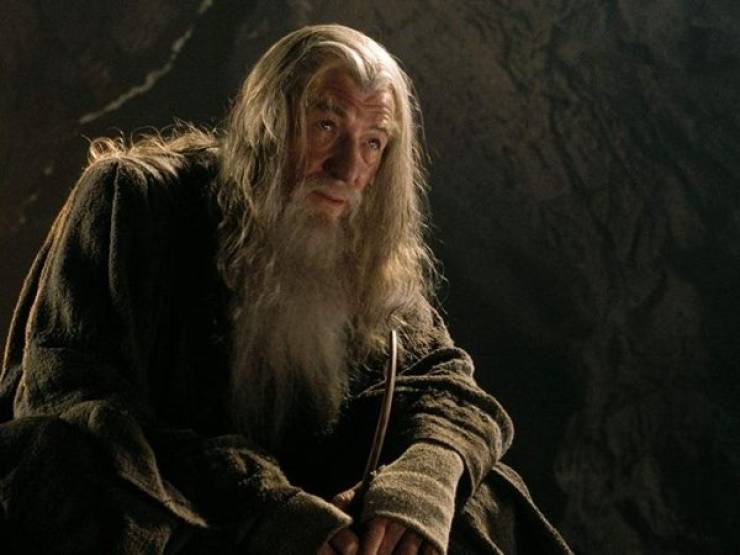 So, while Ian McKellen straight-up admitted to stealing the front door key to Bag End, we have no idea how much McKellen stole. In the behind the scenes DVDs of the Lord of the Rings trilogy (which, if you’re interested in filmmaking, you must watch, they’re like mini-film-school lessons), McKellen admitted he started stealing all sorts of small props during his final days of shooting in the Bag End set. 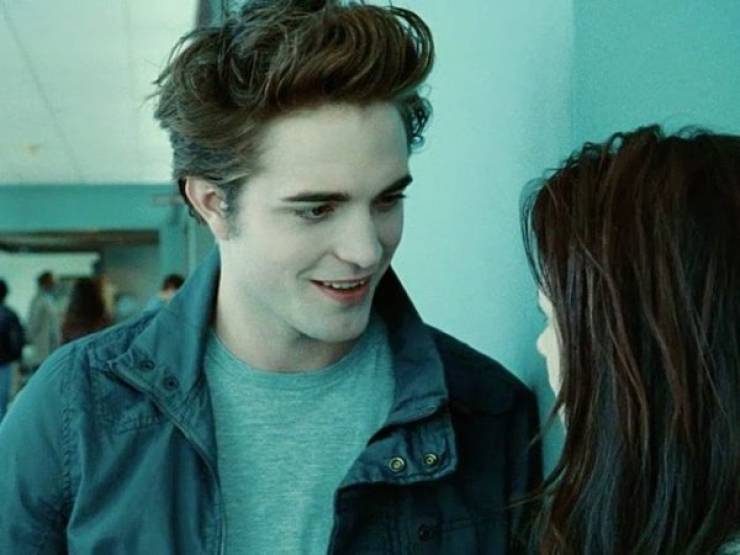 No one hates the Twilight films as much as Robert Pattinson. It’s hardly a closely guarded secret, and the best way to demonstrate it is by listening to Pattinson’s answers to questions when he had to promote these movies. When asked if he took anything home while promoting the final Twilight film, this was his answer:

“I took a lot of underwear to be honest. I did that on all of the movies. They have the best underwear and I have no idea where they get it from. I use it every day.” 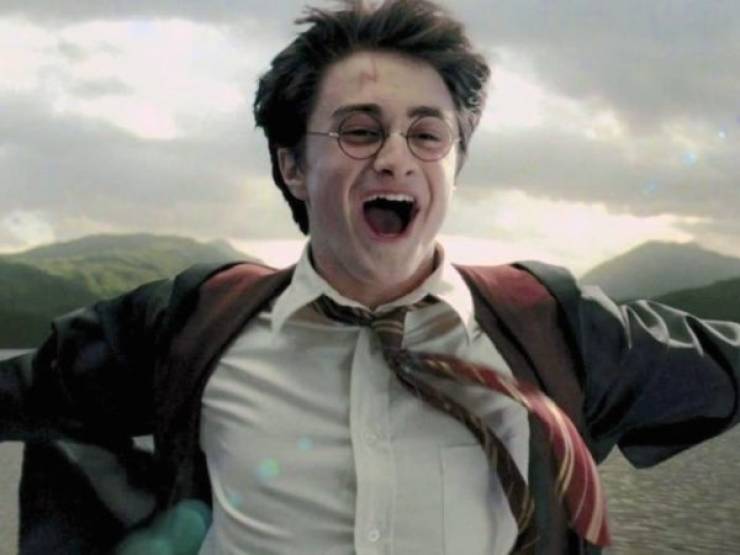 So, there’s actually a sort-of sweet reason we had to specify two pairs of glasses. Radcliffe took his first pair of prop glasses from Harry Potter and Sorcerer’s Stone. The second pair came from Harry Potter and The Deathly Hallows Part 1, nearly a decade later. They were noticeably different from one another, from Radcliffe:

“The ones from the first film are absolutely tiny now, but they are very sweet. They are all lens-less as well. There was rarely ever any glass in the actual glasses because of filming problems with reflections.” 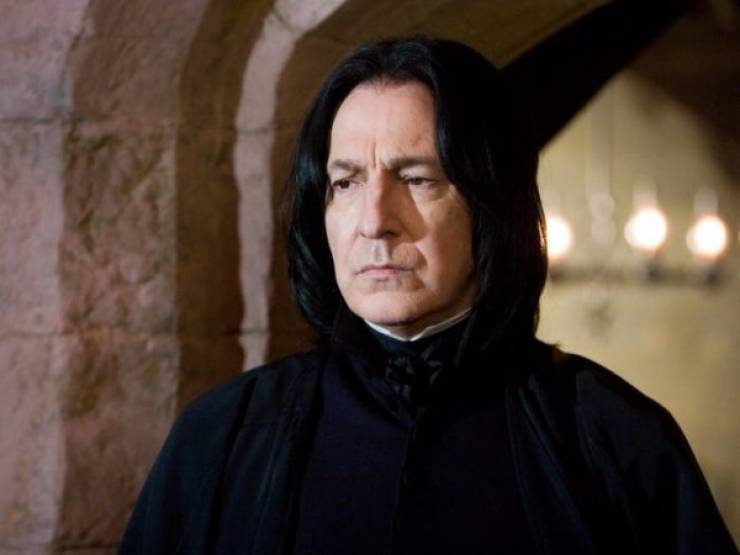 It doesn’t sound like Alan Rickman took much from the Harry Potter set beyond his wand from the final film, unlike… Well, what follows. 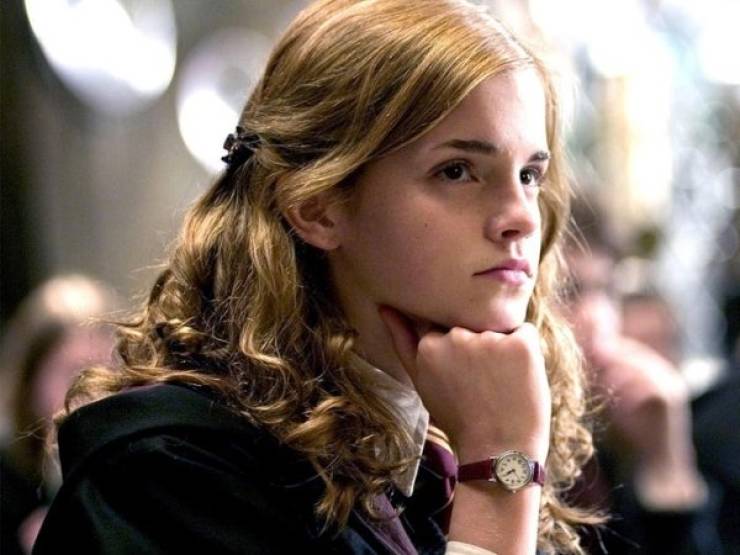 While it’s not clear if Watson had permission to take her cloak, wand, and Time-Turner, in 2010 she claimed that she all three in her possession. They were all chosen because they reminded her of “being a Hogwarts student.” Which is much sweeter than…

Harry Potter series – Rupert Grint, the number “4” (and a dragon egg, kind of) 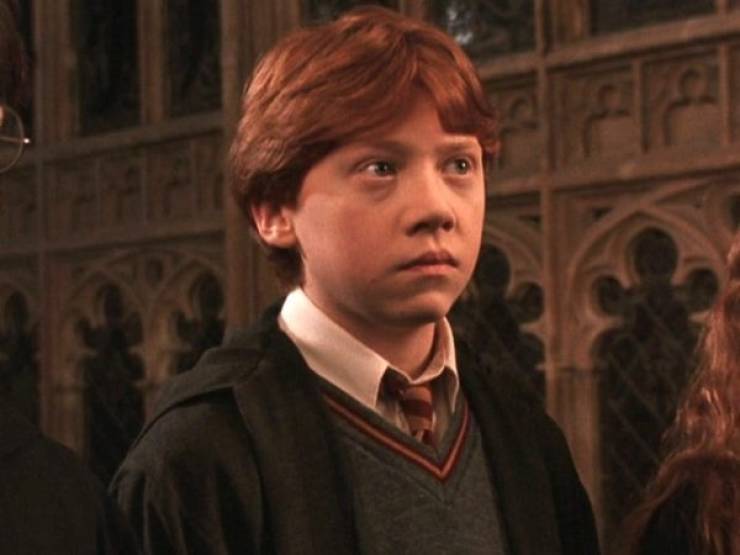 We’ll start with what Grint successfully took from the Harry Potter set.

He took a number “4” off of the set where Harry Potter was raised, 4 Privet Drive. Far more ambitious was his attempt to straight-up steal a golden dragon egg prop worth thousands of dollars. He roped in actors James and Oliver Phelps (who played the Weasley twins) for the scheme, but they were ultimately caught. 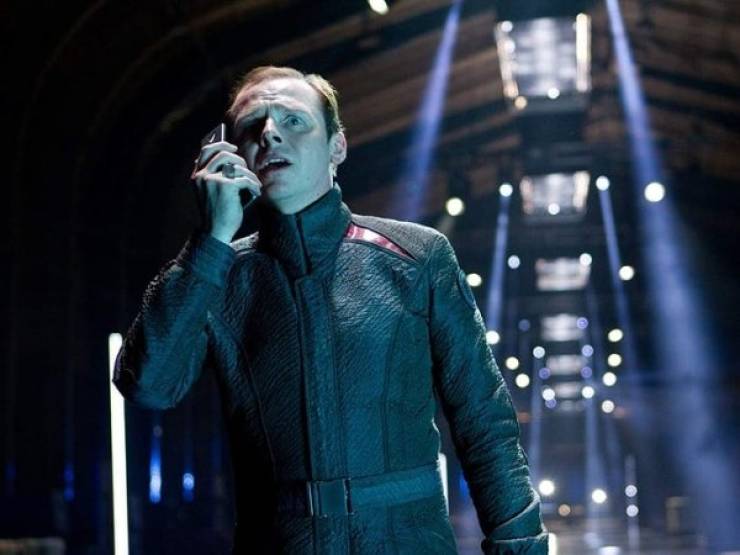 Due to the secrecy around some of J.J. Abrams’ sets, it can be pretty difficult to secure even the smallest prop. Such was the case with the first Star Trek reboot in 2009. However, security was far more relaxed on Star Trek Into Darkness in 2013, and Simon Pegg used that to smuggle out his Starfleet badge. 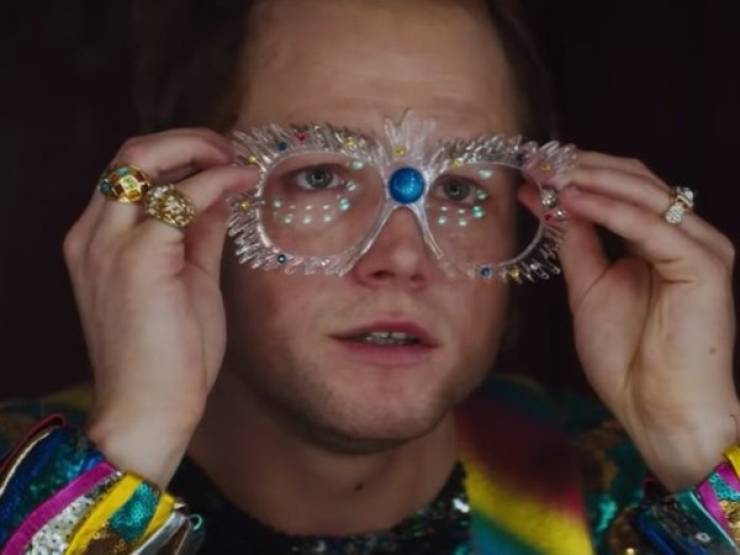 To save money and to make filmmaking easier, it’s not uncommon at all to build a set of a real location instead of shooting in the place. Which is what Rocketman did for a scene where Elton John (played by Taron Egerton) played the very real Los Angeles club Troubadour. The set recreated the club’s iconic neon sign, which Egerton absolutely loved and took him with him. It now resides in his kitchen.

Knives Out – Chris Evans, wardrobe (but more importantly, his sweaters) 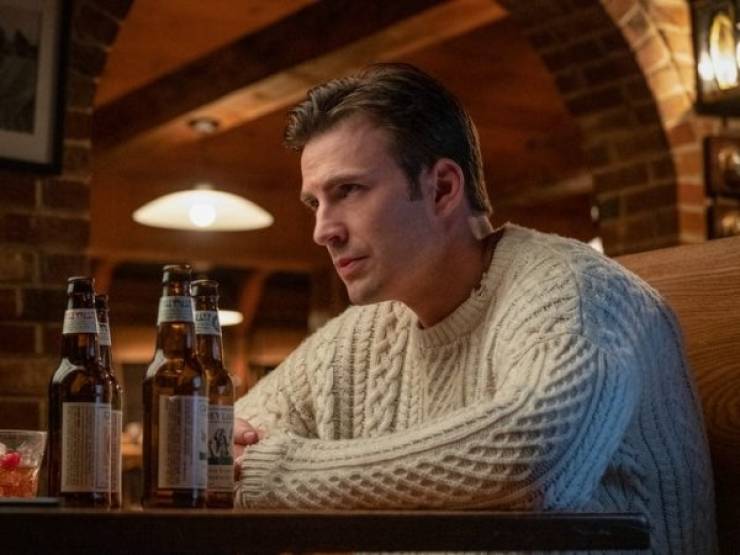 Apparently, most of the cast didn’t even try to take too many props home, but Evans insisted on taking home the clothes he wore. Specifically, he wanted the sweaters (which have been a source of memes about Chris Evans for the last several months or so). 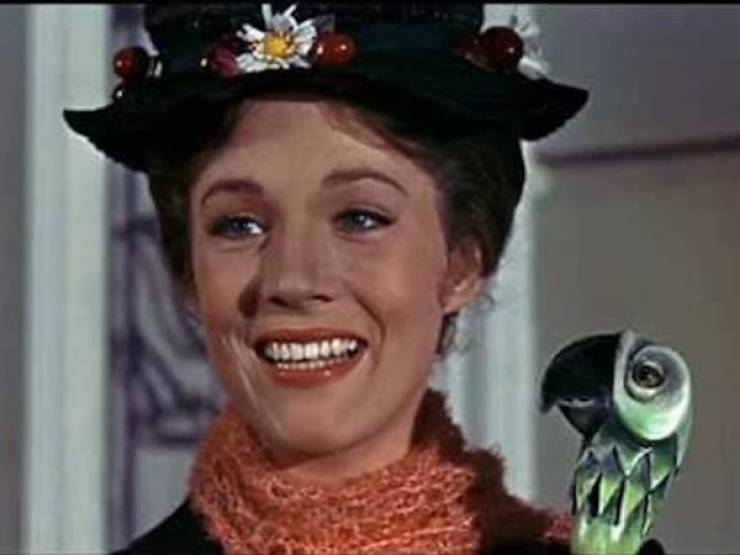 I’ve got to say, this story just makes me laugh. Julie Andrews is a legend. Mary Poppins is arguably one of the most iconic Disney films of all time. Andrews actually managed to get some props off of this legendary set, a pair of shoes. And where are they?