Finally, rain fell across parts of Australia ravaged by the bushfires 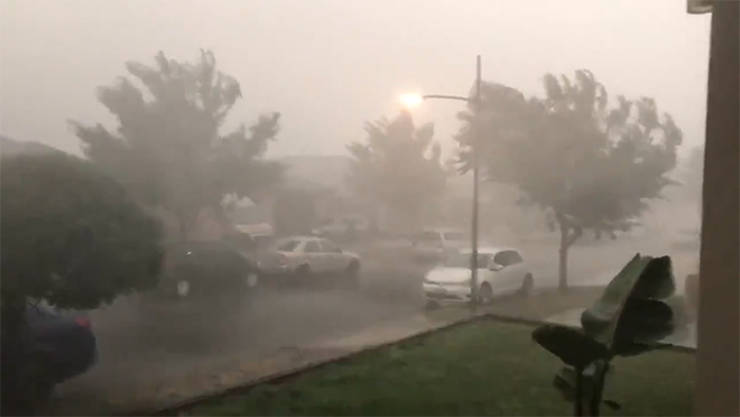 The local meteorology bureau reports that there were some “good falls” in the state of New South Wales – part of the country where many of the worst bushfires occurred. New South Wales Rural Fire Service shared a video of the rain falling down and wrote: “Relief is here for a number of firefighters working across NSW. Although this rain won’t extinguish all fires, it will certainly go a long way towards containment.”

Even more wet weather is forecasted, which may finally bring relief to the exhausted firefighters
2 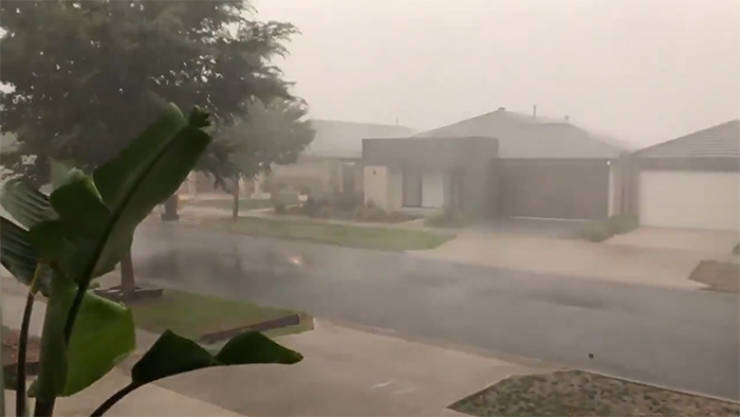 The meteorology bureau has also reported that, “The hit & miss nature of thunderstorms means it’s difficult to forecast exactly where the heaviest rain will be—some parts of bushfire & drought-affected eastern Australia could see 50–100 mm over the next few days; while others may see very little.” 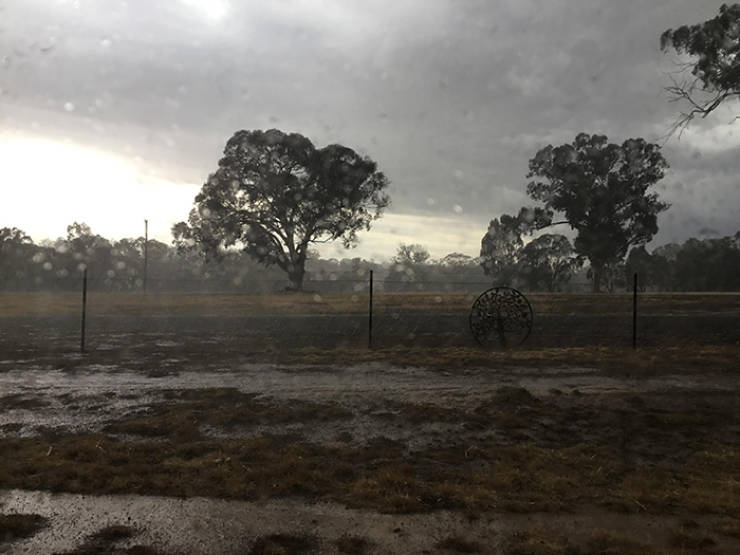 The regions of New South Wales and Victoria, have received approximately 15mm of rain that was so desperately needed this Wednesday and Thursday. The severe thunderstorms have also caused flooding in Melbourne. While the rain has dampened the fires, more than 80 of them continue burning in the New South Wales area and 18 of them – in Victoria. 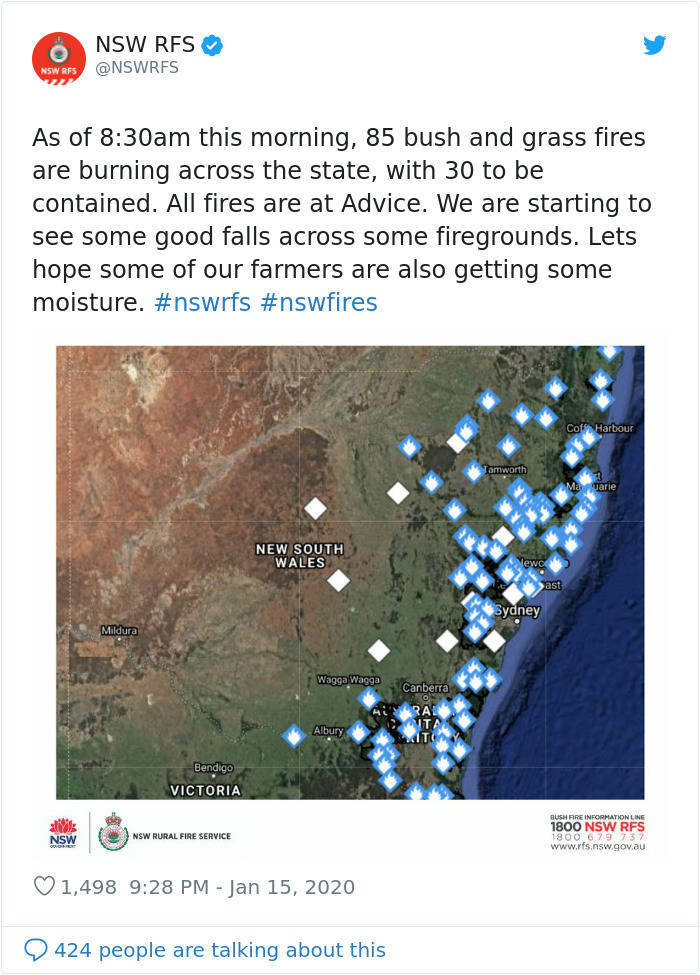 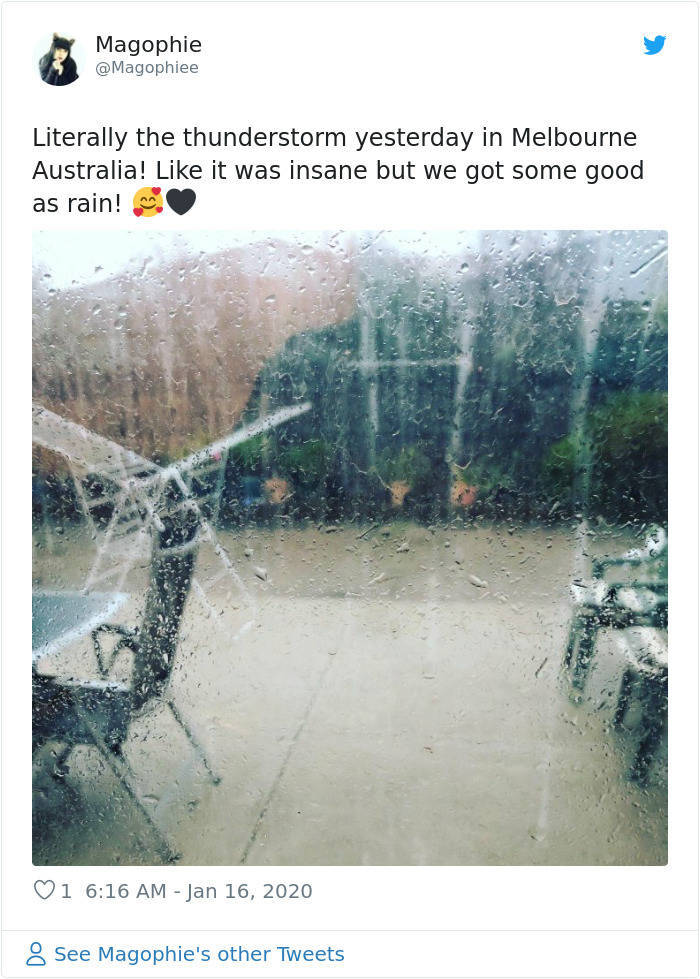 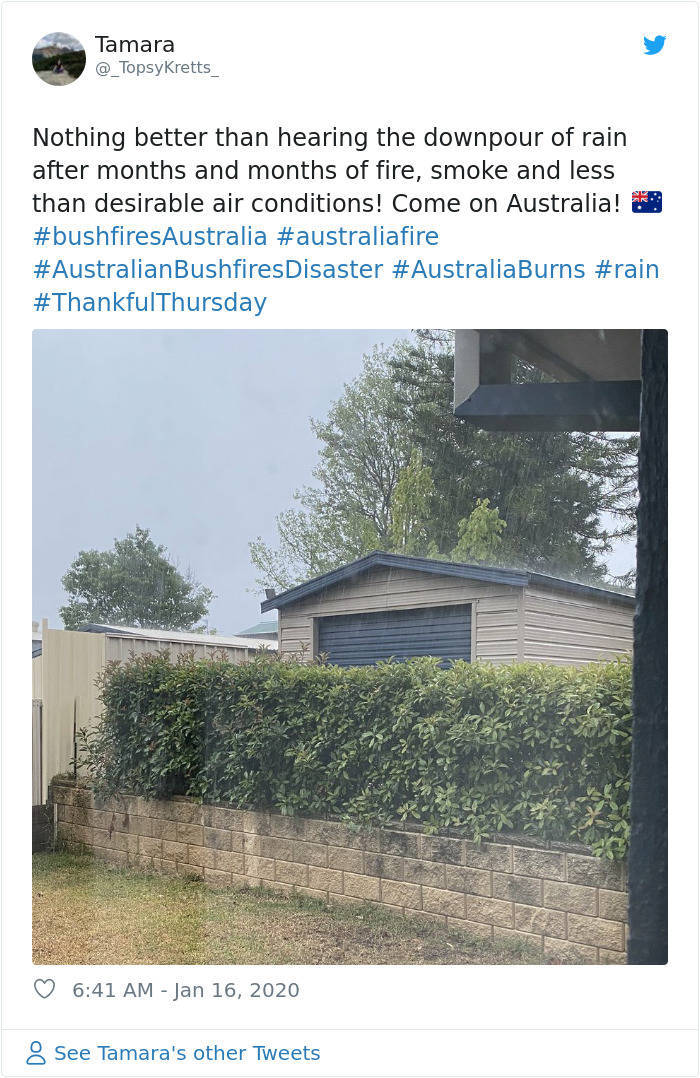 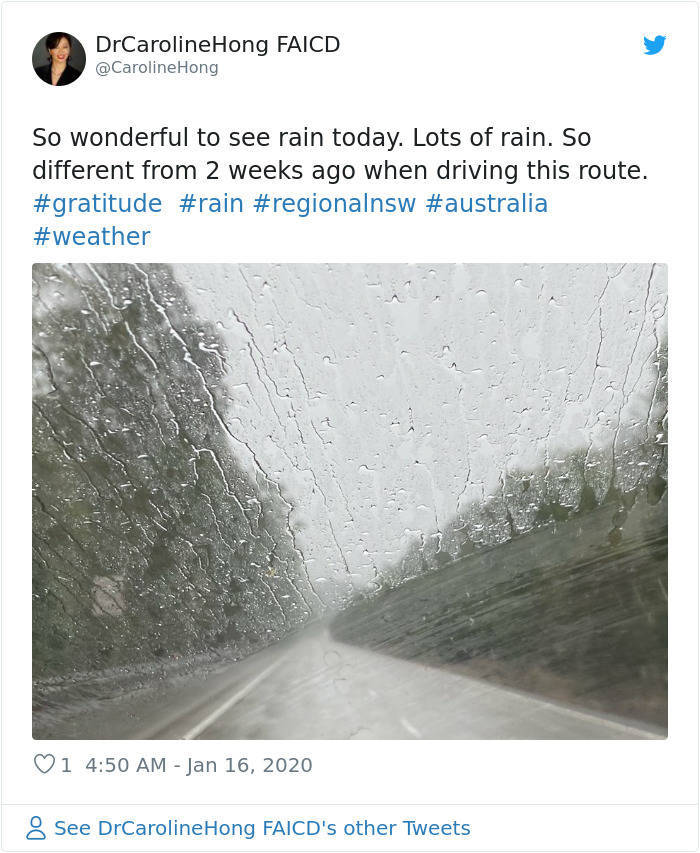 Some are dancing in the rain 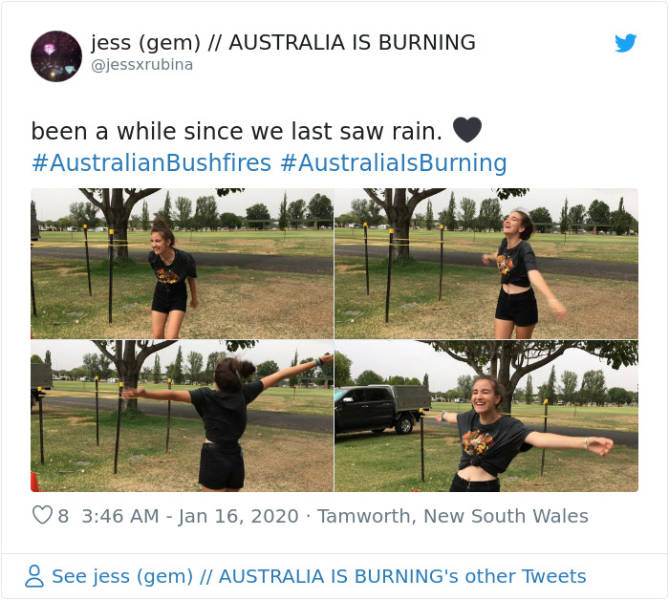 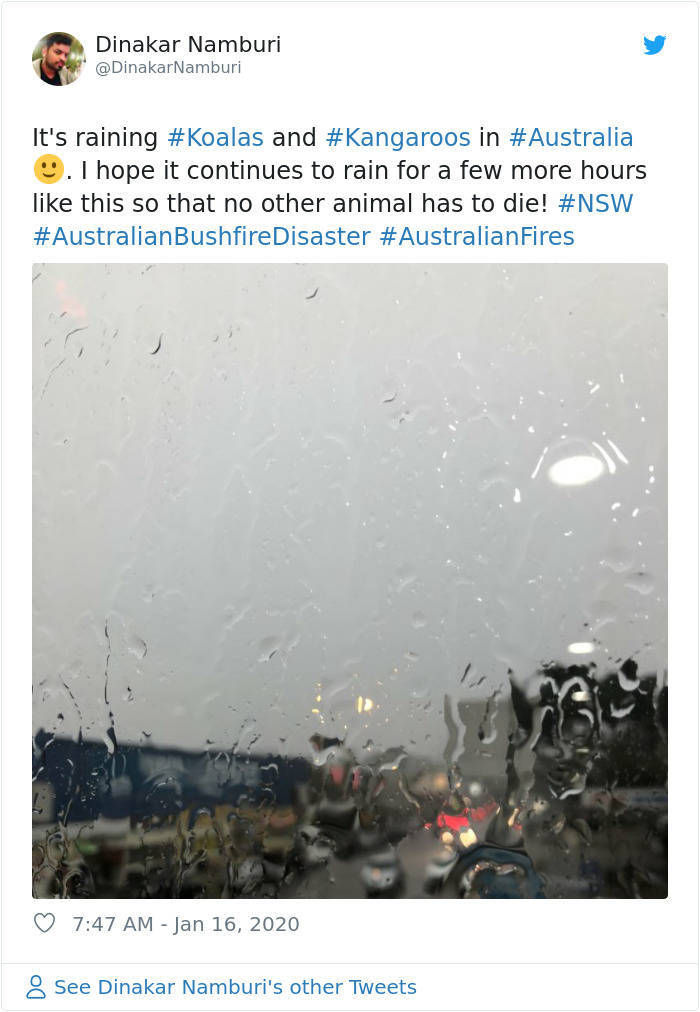 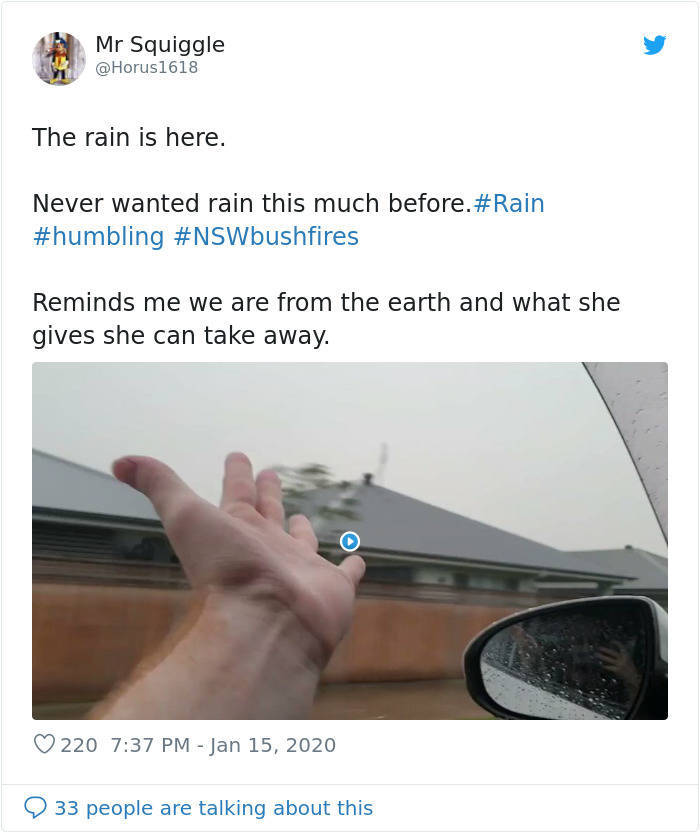 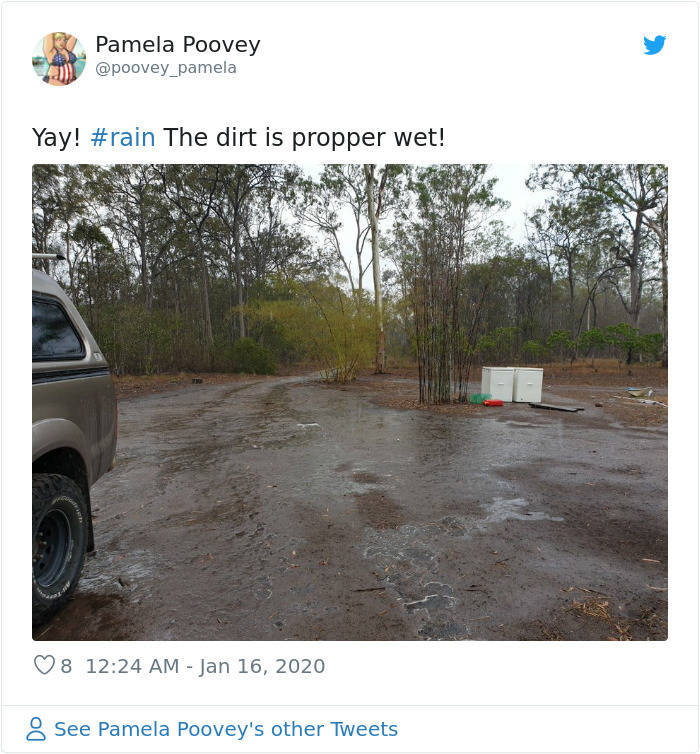