Meet Bean the cat. He really likes licking bananas for some reason 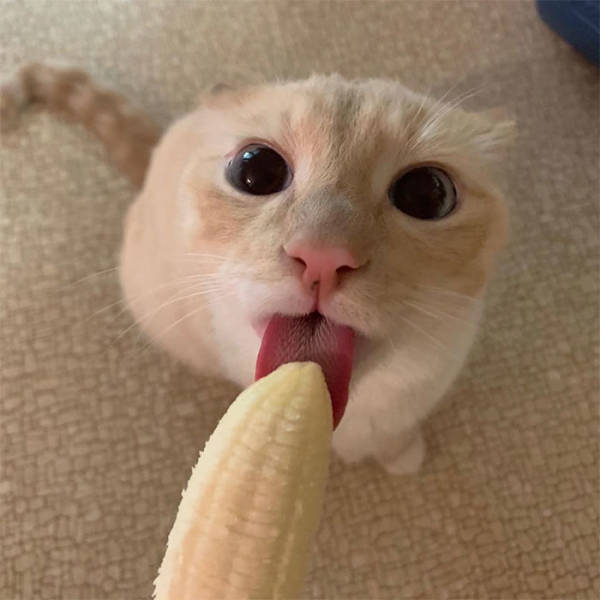 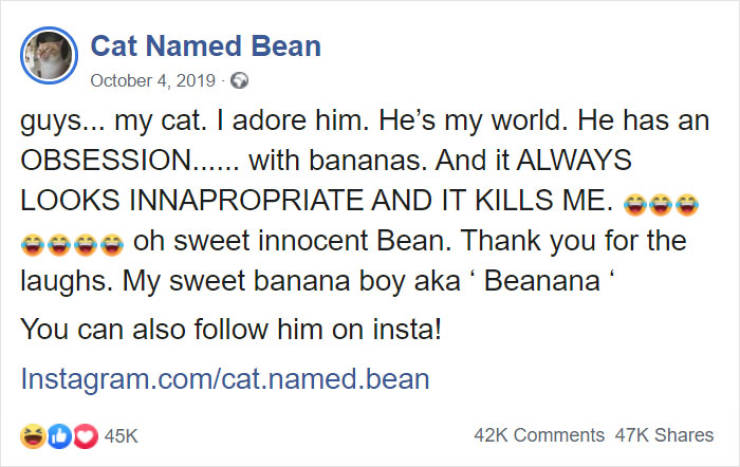 We were curious to find out what other things Bean likes besides bananas. His owner said that his other favorite snack is Noosa Yogurt (“in small amounts also, of course”) and he also adores scrambled eggs and cheese. But that’s not all.

“He’s also a veggie lover and will go for Brussels sprouts leaves and lettuce. He’s a well-rounded boy. His actual diet is wet food twice a day, though,” the banana cat’s loving owner said. 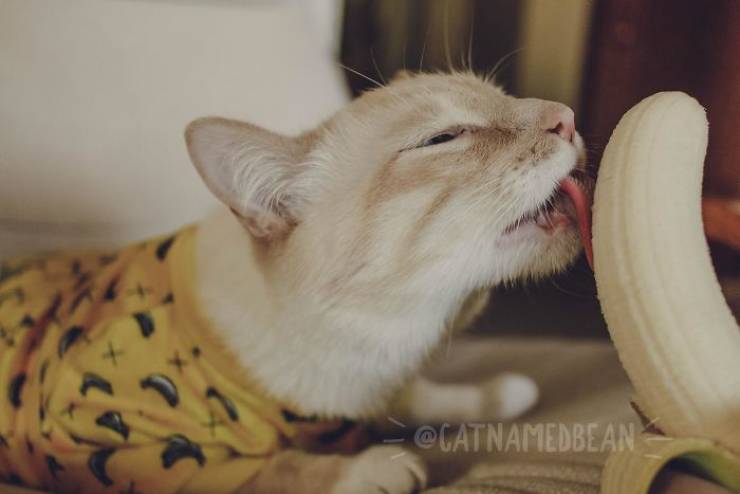 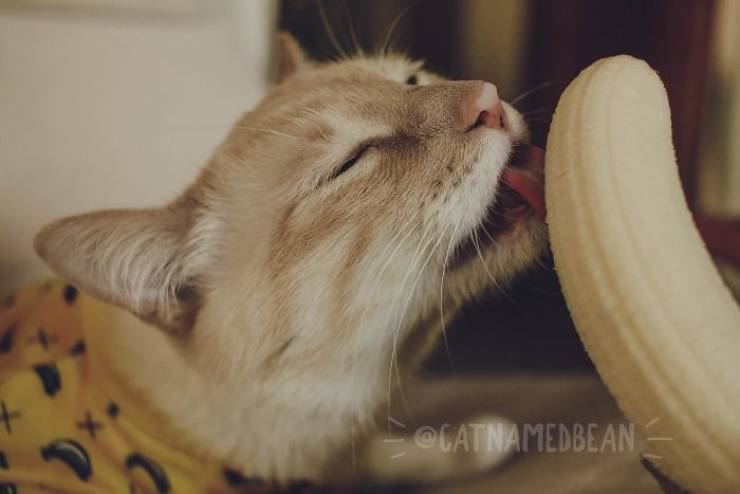 “He loves following me around the house. He’s my shadow. When it snows he _loves_ to go outside for some supervised play. He will wait by the door if I ask him ‘do you wanna be a snow bean?’ Which I will usually sing to him in tune with Frozen’s ‘Do You Want to Build a Snowman.’” 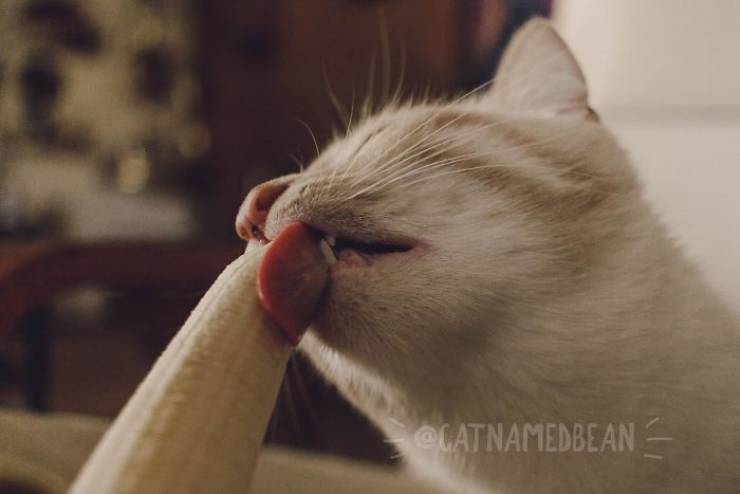 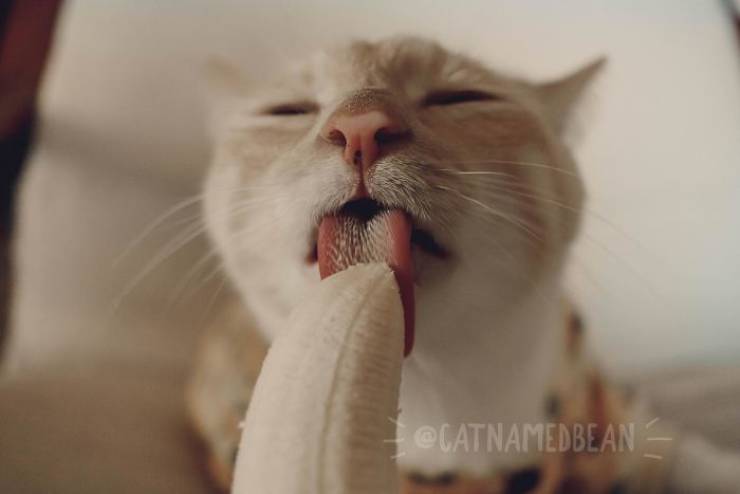 As it turns out, Bean’s been a minor internet celeb for quite some time now. However, things turned sour when his owner had a nasty run-in with some hackers and they ended up losing his 3k followers. Undeterred, the duo started fresh and now have over 11.3k followers on Instagram. 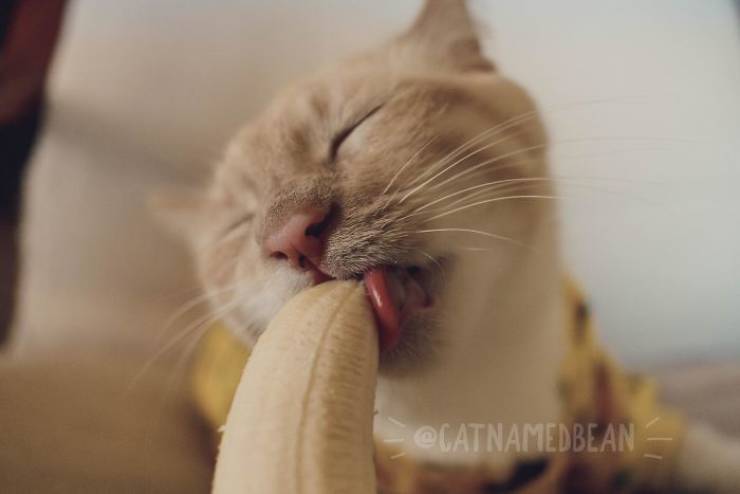 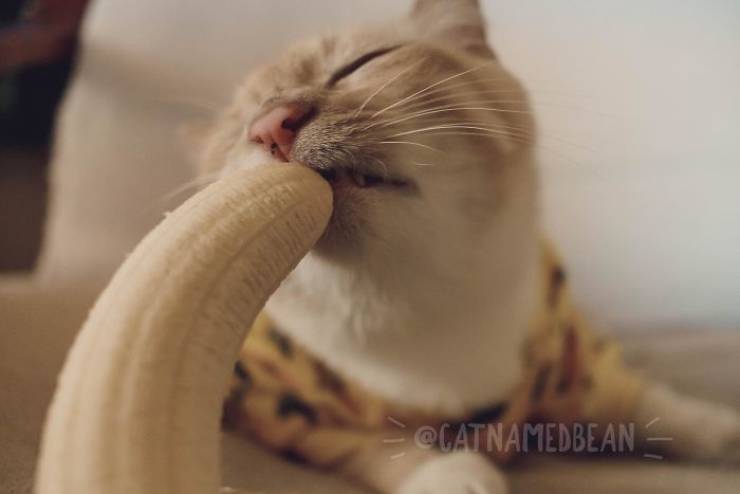 “I love photographing him and he has such a big personality I figured other people would enjoy him with me,” the owner explained the reason why she started uploading her cat’s photos online. She also joked that she is a cat lady because she also keeps Bean’s ‘brothers.’ 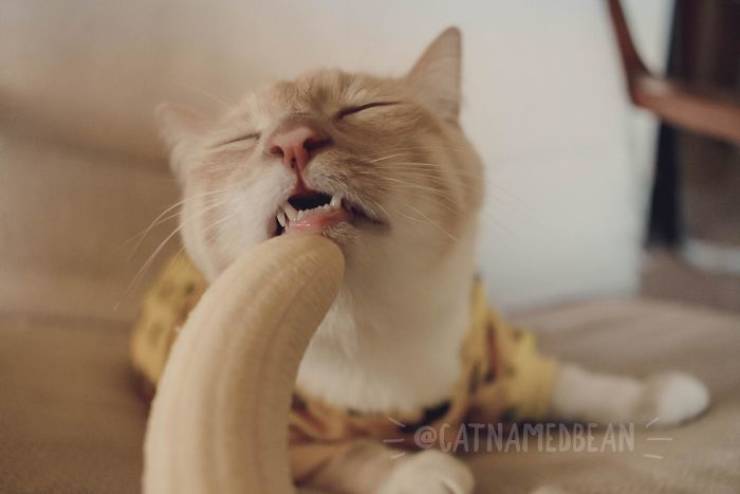 Bean was a tiny unwanted kitten when his owner rescued him. Here’s the wholesome and heart-rending story. “So Bean was abandoned as a newborn by his momma. On the evening of 6 April 2018, I saw a post about this teeny white kitten that needed help.”

“It was damp and getting dark and cold and they had been watching for momma for 3+ hours with no sign and he was in the middle of their yard alone. I picked him up within a few minutes as they lived nearby,” Bean’s owner told Bored Panda. “He was my first bottle baby (I have fostered and rescued cats and kittens for years). 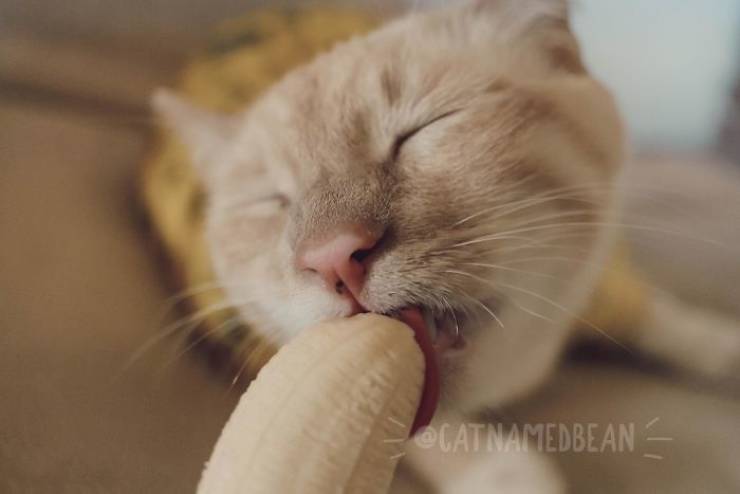 She continued: “My husband was deployed and my kids were school age so he has my sole focus every day and I was up every 3 hours with him every night. I’d originally intended on finding him a home, but as he grew and my husband returned from deployment when he was just 4 weeks old, we purchased a home and I couldn’t part with him.” 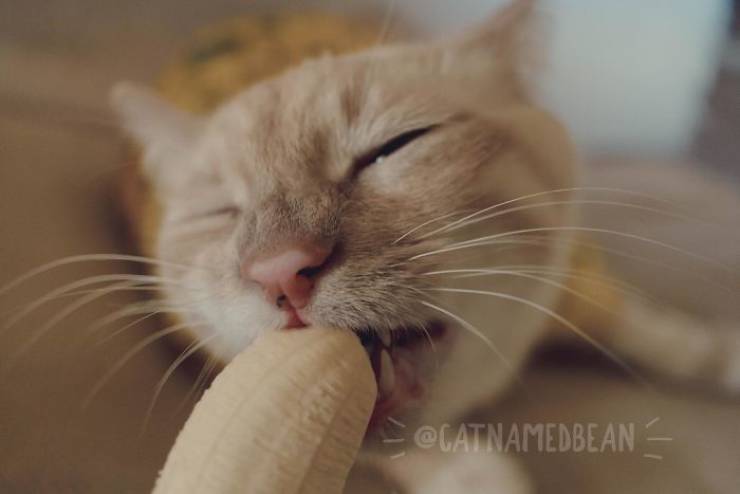 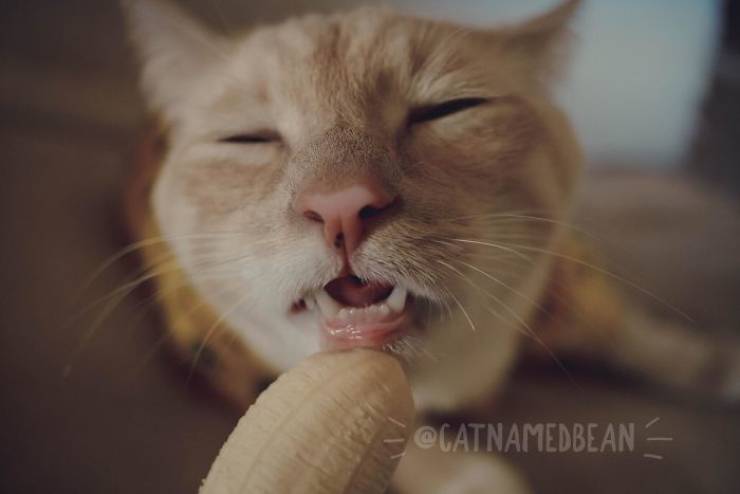 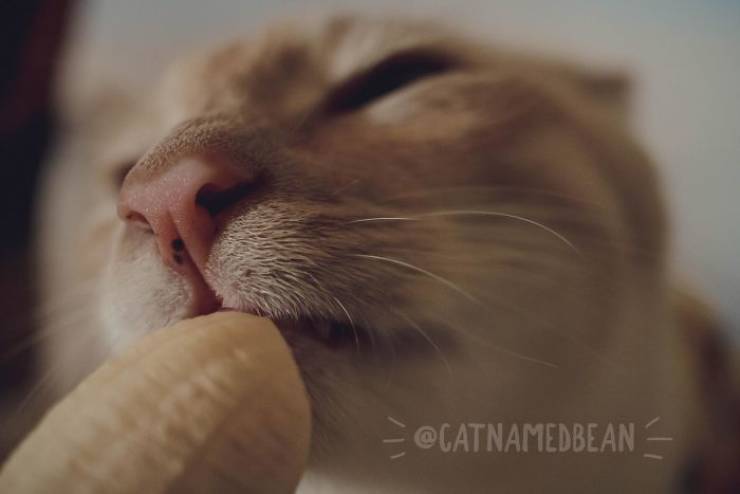 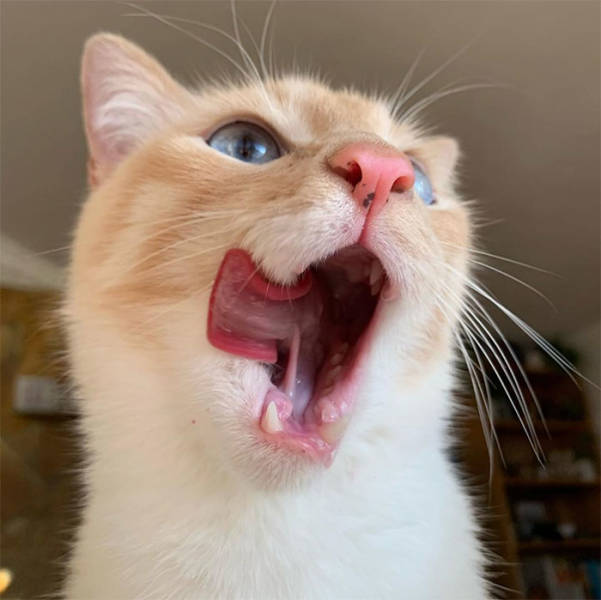 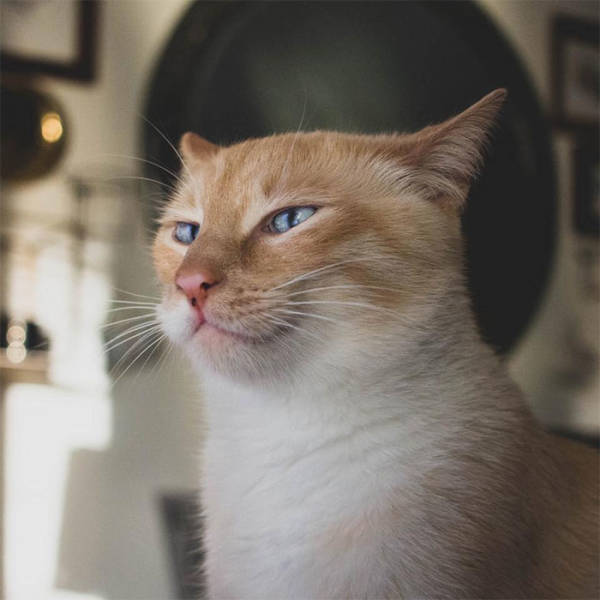 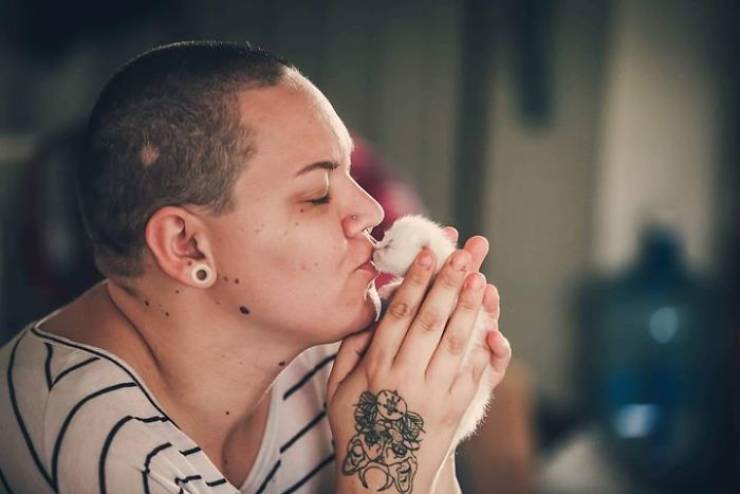 Bean’s owner highlighted the fact that the catto’s been like her second shadow ever since then. Bean has plenty of friends in his forever home: there’s Pirate, Ninja, and Raptor, the other cats that live with him.

“Pirate is the oldest. We rescued him in Germany. He was super sickly and stunted. He has a badly infected eye that turned out to be cancer. Thus his name. He will be 10 this summer but is a healthy guy ever since his eye removal. Ninja is the second oldest. Also adopted in Germany. He was born as a feral kitten but we got him at around 5 weeks of age. He’s 1 year younger than Pirate and just turned 8 this last fall.”

“And lastly, there’s Raptor. He was adopted here in Utah and is 3 years old. He was adopted through one of our local shelters when he was just a baby. We met in the adoption center for Petsmart,” the owner said, noting that he wanted to be with her so bad that he turned his back to other people looking at kittens. “He chose me. Everyone always giggles at his ‘lips.’” 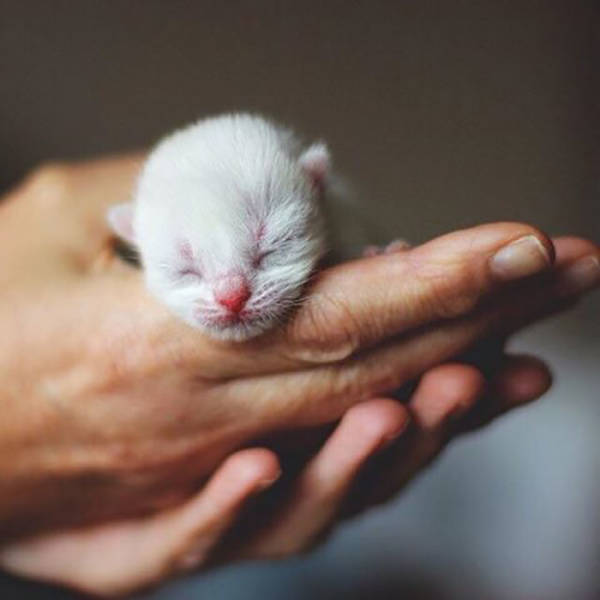 Bean is just the cutest! 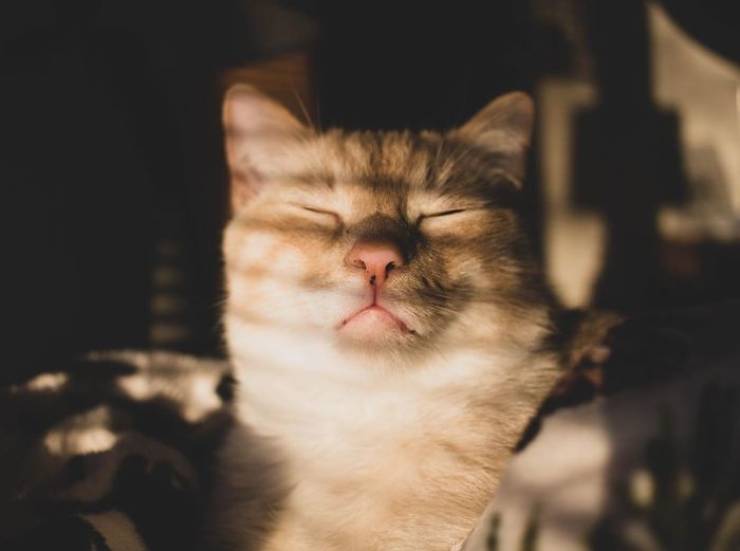 Some people also shared pictures of their banana-loving pets 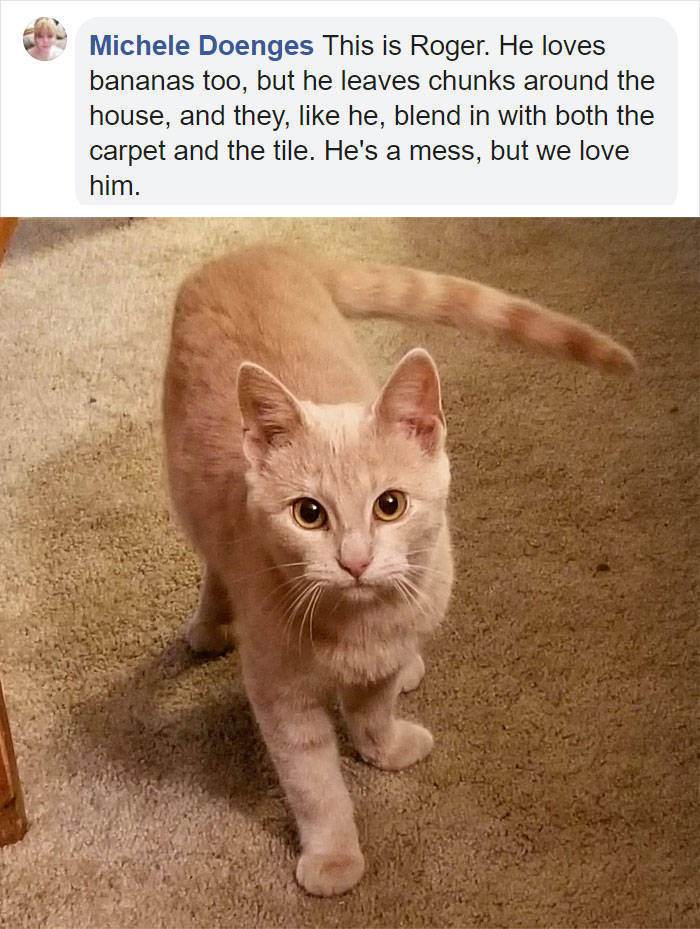 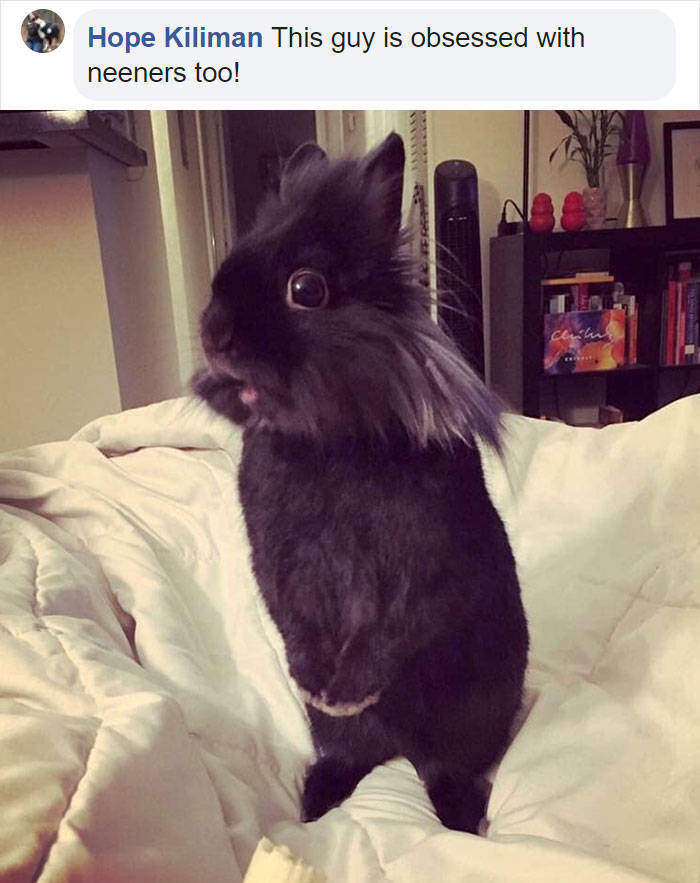 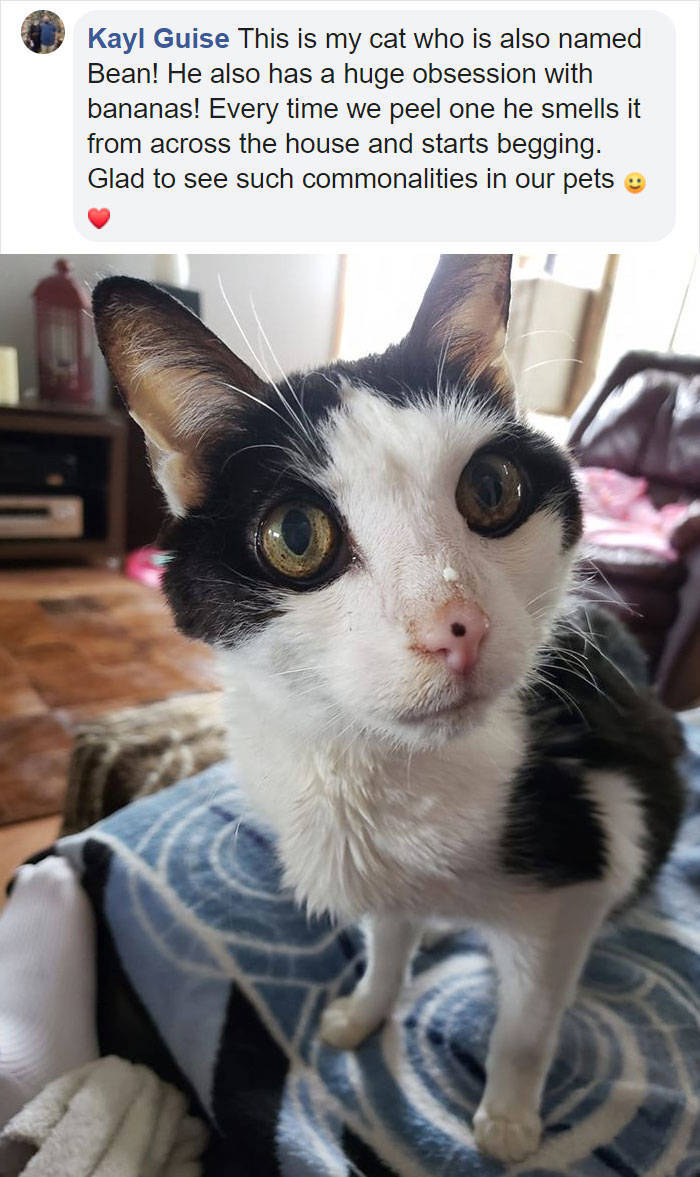