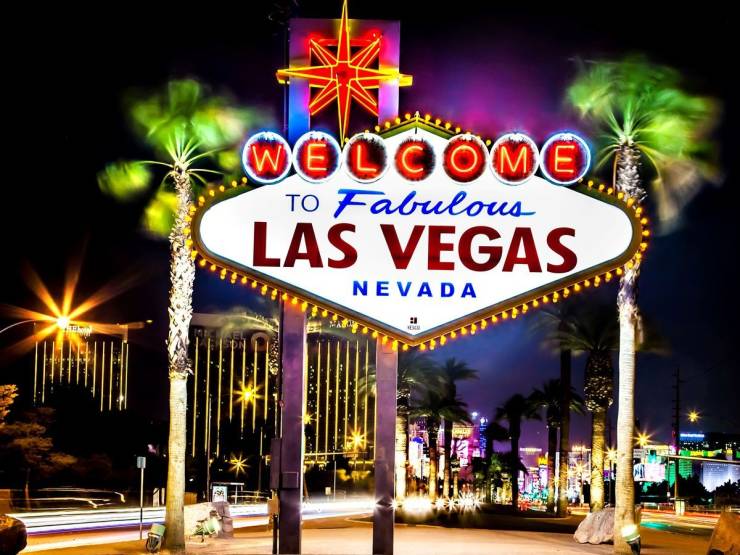 They say that what happens in Vegas, stays in Vegas--and for a sizable number of intoxicated tourists, that’s something that’s probably for the best.

But every now and then, a little Vegas fact, figure or story slips through the fingers of the press office and makes its way to the mainstream media. Now, we’re not going to undress any scandals or immoral issues here, as that would be--well--immoral.

But looking into the lesser-known facts about Vegas, that’s a different story. There’s plenty of impressive trivia and local knowledge surrounding the city of Las Vegas (or should I say the surrounding areas) that it would be ignorant not to take a deeper look.

Want to know just a little bit more? Here are five things that you definitely wouldn’t have guessed about Vegas casinos.

1. The worst poker players play on the strip

Vegas is, unarguably, the Mecca of poker.

Thousands upon thousands of poker players visit the fabulous Las Vegas wearing their poker dreams on their shirtsleeves. With the first Hangover movie consumed and plenty of online poker games played by way of training, fans will head out for the chance to win big and risk losing it all in a number of large tournaments and smaller games throughout the casinos in Vegas.

Top on the list of places to visit will be the Bellagio, the ultimate den for poker players to try their luck--sorry, skill--against some of the very best players in the world. With top professionals such as Daniel Negreanu, Phil Hellmuth, and Phil Ivey often referring to the famous “Bobby’s Room” as “The Office”, you’d be forgiven for thinking that the best players would spend their time there, mixing with others at the top of their game.

But it may come as a surprise that the very best players don’t hang around on the strip where the tourists come in their droves. No, we discovered the best players usually play at the smaller local casinos to get their poker fix. So, players who really want to see what they’re made of shouldn’t be searching for Hellmuth and Ivey on the strip. Take a look, instead, at those smaller casinos around and about.

You probably imagine casinos only make their money by taking it off you in the form of your losses. That’s not so.

The way that casinos generate revenue and remain profitable is spread over a number of different streams.

Alex Kapinski, of NJGamblingFun, pointed out the vast array of other ways in which casinos can earn their bucks: “Of course, guests gambling and visiting the establishments for a good time sit right at the top of the hierarchy, but people don’t realize that a number of other areas offer lucrative revenue streams alongside. You have everything from hotel rooms, restaurants, gift shops and just about everything else you could desire all in the same space. It’s all about diversity and keeping things interesting for guests.”

And it seems, Kapinski’s quite correct, since we discovered that nightly shows hosted by the casinos bring bigger bucks than you could possibly imagine.

That’s the beauty of Las Vegas. One minute, you’re happily playing craps with your best friends in the world, while the next you’re sitting alongside them at just one of the many great events from the best list of shows in 2020, watching Cirque du Soleil.

Unfortunately, these events don’t always come cheap, but they’re almost always worth it. Who wouldn’t want to see the world’s best circus performing for them--at one of Vegas’ most glittering locations?

Vegas is widely regarded as the gambling epicenter of the world, meaning that it has the biggest casinos in the world, right?

Wrong. The biggest casino in the world is actually WinStar World Casino that can be found in Thackerville, Oklahoma. But the casino world gets a little more confusing when we start looking at the buildings in terms of revenue, rather than square footage…

You see, the highest-grossing casinos aren’t in Las Vegas at all; they’re not even in the United States, but rather in the true Mecca of gaming - Macau. This autonomous region on the south coast of China boasts the top-grossing casinos in the world from “The Galaxy” to “The SJM Grand Lisboa”, both of which are worth a Google if you haven’t looked already.

It may come as a surprise to some, but it’s these casinos that are not only the biggest but also the most profitable in the world--and it’s not those found in Vegas. In fact, by comparison, Vegas is just the little brother to the gaming giant of Macau. It’s a wonder why anyone still visits Vegas at all…

4. Most casinos on the strip are outside the city limits

Yep, you read that one right.

Most casinos on the strip at Las Vegas are actually outside of the city limits, so instead of ticking off the bucket list item of gaming in the city of Las Vegas, the majority of gamers miss out on their goal by just a fraction of a mile!

No, the strip and all of the casinos that lie on top of it are actually located south of the city in the unincorporated towns of Paradise and Winchester. Despite this, the area is often referred to as being in the city of Las Vegas, although it’s strictly untrue.

Similarly, the famous “Welcome to Las Vegas” sign also isn’t actually in the city of Las Vegas, either! So sorry to rain on your parade here, but it’s approximately four whole miles south, making that entire scenario a humongous dirty falsehood.

You just can’t trust anything anymore these days, can you?

5. There’s a slot machine for every 8 Vegas residents

Last, but by no means least, we’re heading over to the slot machines in the Las Vegas casinos and, more specifically, the huge number of them that can be found.

There are over 200,000 slot machines on casino floors throughout Las Vegas, making the ratio of local residents to slot machines an astonishing 8:1. For some of us, the fact that there’s a huge number of slot machines may not come as a surprise, but with a figure of such magnitude, it’s something many folk wouldn’t guess.

With the slot machine standing as both the favorite game with the best return on investment for both players and casinos throughout Vegas, this fact offers some 200,000 reasons to visit and try your luck.

So, now you know. The people who promote these ‘facts’ may either be telling the absolute truth or wearing their best poker face.