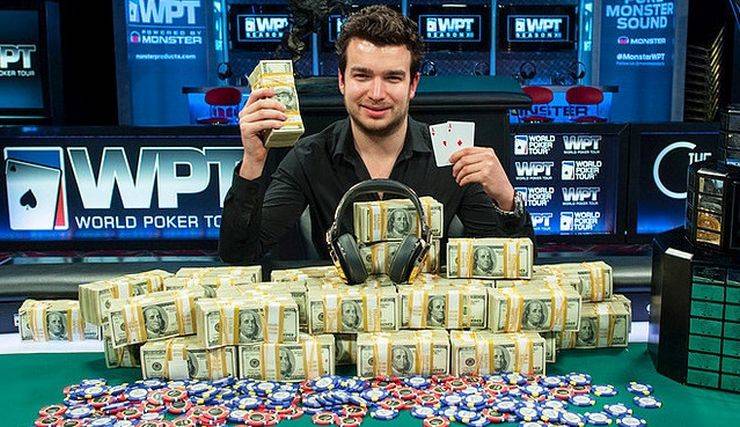 With the expansion of the internet, outlets for gambling have increased substantially. Now, people can access poker whenever and wherever no longer constrained by physical location.

Online poker tournaments came about as the online gambling world grew. Many people are often surprised that there’s such a variety of gambling activities available. They often think of online gambling as just being comprised of slot games.

But now you can not only gamble online, but you can also participate in tournaments with other people all around the world.

Entering in an online poker tournament is taking your online gambling to the next level.

A lot of people play online gambling games during their free time just for fun. Some others play to make money. And some play but don’t bet any real money at all.

So, if you find yourself entering an online tournament, you’re probably not an amateur. Long ago are the days when you would play to build up your skills. Now you’re hitting an all-new territory.

Though online and land-based poker tournaments typically play by the same rules, the experience is entirely different. Since you’re sitting behind a screen, you don’t get to read people in the same way you’d do in person. Instead, you have to rely more on how they actually play – whether they fold, raise, call, etc.

And since you’re playing online, the variety of poker tournaments is enormous. So before you play, you have a lot of decisions to make.

Many people pick their online poker tournaments based on the game variety and the potential reward. Essentially, these people pick the style of poker that they like to play and try to maximize how much they’re going to win.

And this is part of why online poker tournaments are so popular. People love the flexibility and choice that the online format provides. Also, these tournaments are always going on, so they can play on the go.

But since online poker tournaments are online some people may be skeptical as to whether or not it’s a fair game. Similar to attitudes towards online slots, there’s the question of how the algorithms comprising the game influence how players can play the games.

These concerns may especially be prevalent in single-player poker games, where players face a computer. Recent technologies have allowed for the creation of artificial intelligence bots that are so skilled, they can even beat professional players.

But in a poker tournament, you shouldn’t be as worried. In general, like with land-based casinos, there are regulations to keep the game fair. But also when you’re playing tournament-style, you’ll be up against actual people, not robots.

So, if you think you’re ready to head into a tournament, here are 10 of the biggest online poker tournaments:

These poker tournaments are some of the most popular around. Many of them offer a variety of poker options and other forms of gambling, such as sports betting.

The highlight of most of these sites is Texas Hold’em.

According to Gambling News Magazine, Texas Hold’em is one of the most popular varieties of poker. They also note that Texas Hold’em was actually originally designed for multiplayer electronic machines. But because its popularity boomed so quickly, many casinos began offering a table game alternative.

Another differentiating aspect of these poker tournament websites is their user interface. Since they’re online games, a lot of them have cool virtual experiences.

But even though these casinos are large, and people are playing from all around the world, you should make sure that gambling is legal wherever you are.

Online gambling that includes online poker tournaments isn’t legal everywhere. In the United States, only a handful of states have legalized gambling. So before you play, make sure you’re up to date on your location’s laws around gambling.

But if you are participating from a location where gambling is legal, and you want to look into more options, you should check out OnlineCasinoGems. They’ve curated the best online poker options and compiled them all in one place.

And on the other end, many people also dream of becoming one of the world series winners. Poker tournaments have an air of prestige, convincing many dreamers to take a chance at the glory. Though there are many losers, those who win, win big – tens of millions of dollars.

But even though online poker games differ from in-person games, many people prefer it this way. There are also many benefits to playing online that may even outweigh its drawbacks.

So, if you’re interested in online poker tournaments, check out one of the ten mentioned here. You’re sure to find the right game for you.