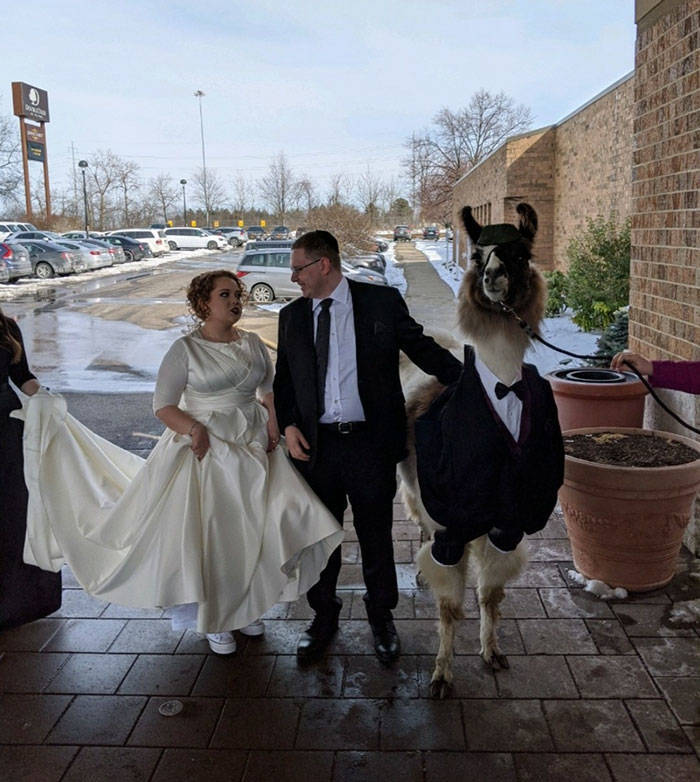 The man posted the image of himself, his sister and the elegant llama in a tux on Reddit where it absolutely exploded. It garnered 156k likes in just 2 days and 3.6k people left various comments on it, mostly commending Mendl on the genius idea. Under the same post, Weinstock also revealed that bringing his idea to life cost him a whopping $450. 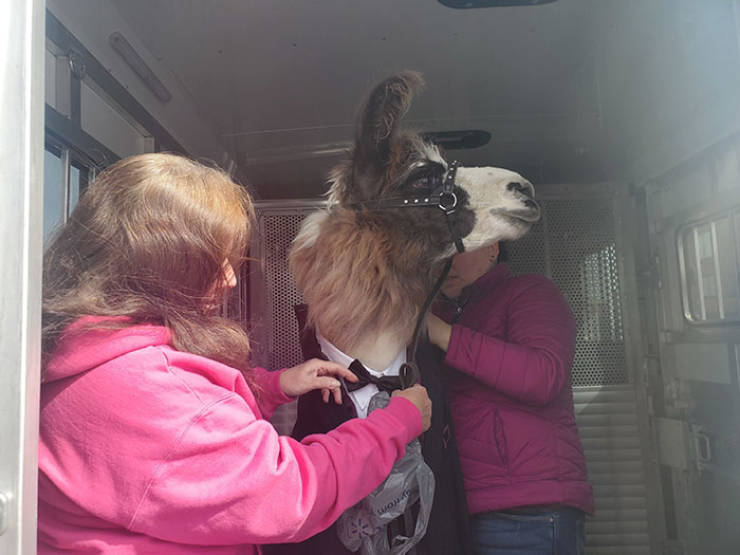 After the photo went viral, Weinstock detailed the context in an interview with Insider: “My sister was talking about her wedding as if it were tomorrow when she wasn’t even dating anyone at the time. Just to make her mad and get a reaction, I told her if she makes me come to the wedding, I am bringing a llama with me. After a few minutes of arguing, she tried to use reverse psychology on me and said, ‘OK, the llama is invited to the wedding,'” Mendl explained. 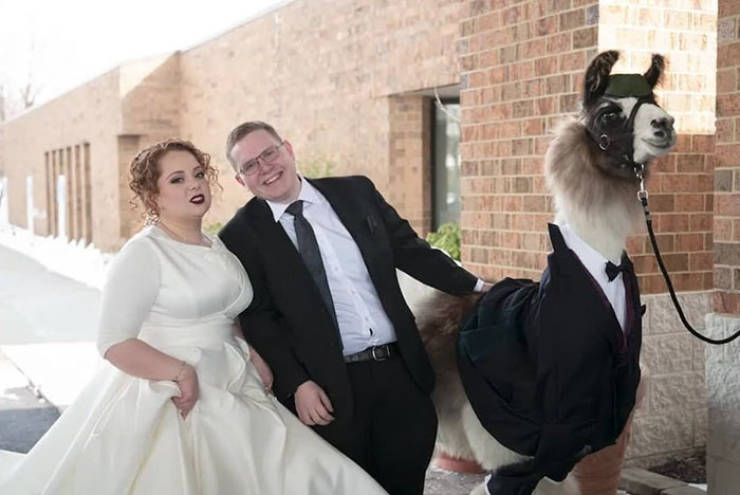 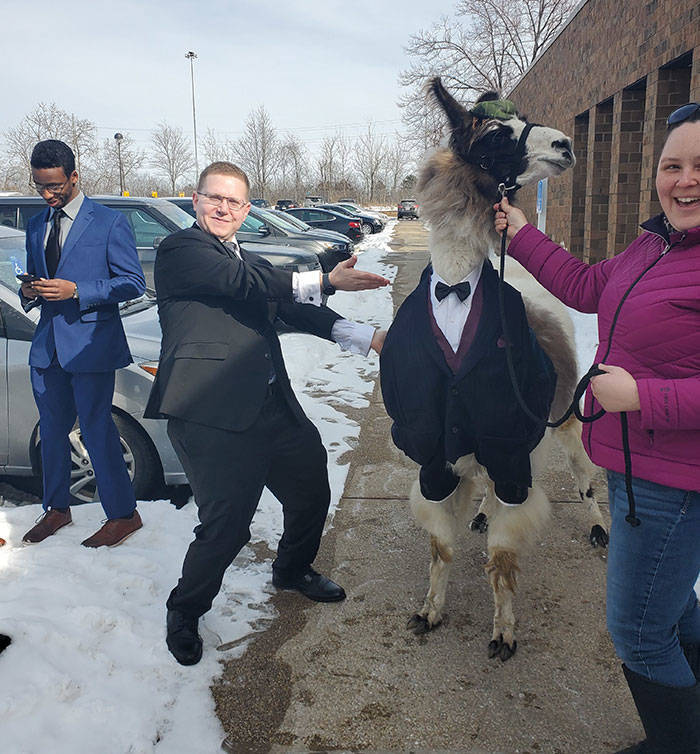 In the same interview, the bride, Riva, revealed that her brother’s been quite adamant about the idea for some time: “He has been torturing me with this, in good fun, and has been reminding me of this probably twice a week for the last five years. I have tried striking so many deals, I have tried doing literally everything possible to make sure it didn’t happen, and lo and behold, there was a llama at my wedding.”

She also mentioned how he’d bring it up on certain occasions. “When he sets his mind to something, he makes it happen. Literally, I called him to tell him I was engaged and his response was, ‘Great, I’m calling the llama farm now.’ Probably not even an hour later, I got a text that said his llama rental was confirmed,” Riva explained. 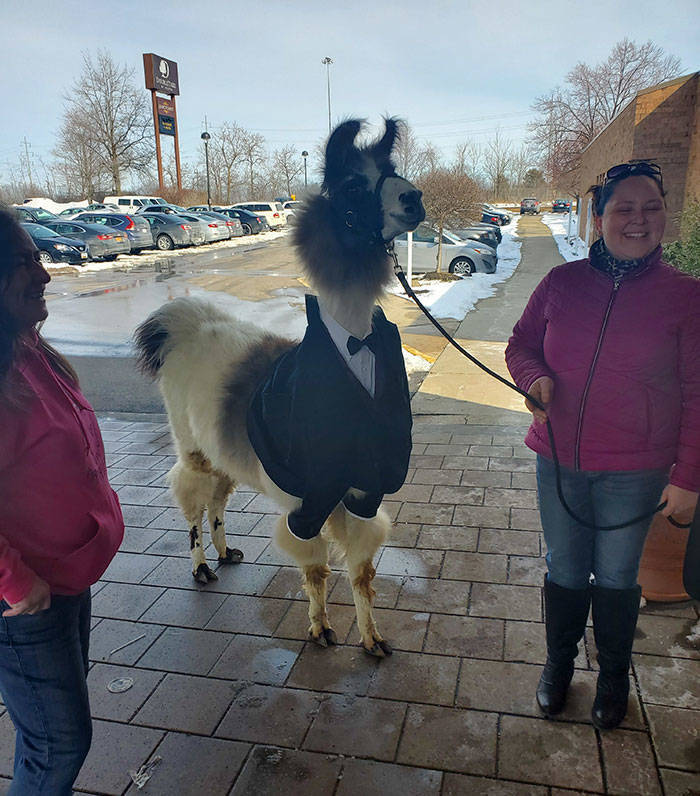 The bride’s first reaction to the llama waiting outside was to say “I hate you so much” to her brother, although she later revealed that she wasn’t really mad and wouldn’t let it change the good time she had. Mendl even wrote in response to some people thinking this would ruin the newlywed’s day: “Actually despite many Redditors telling me I “ruined” her big day, she still had an amazing time and has told me 100x that I did not ruin it but instead made it 10x more memorable.” 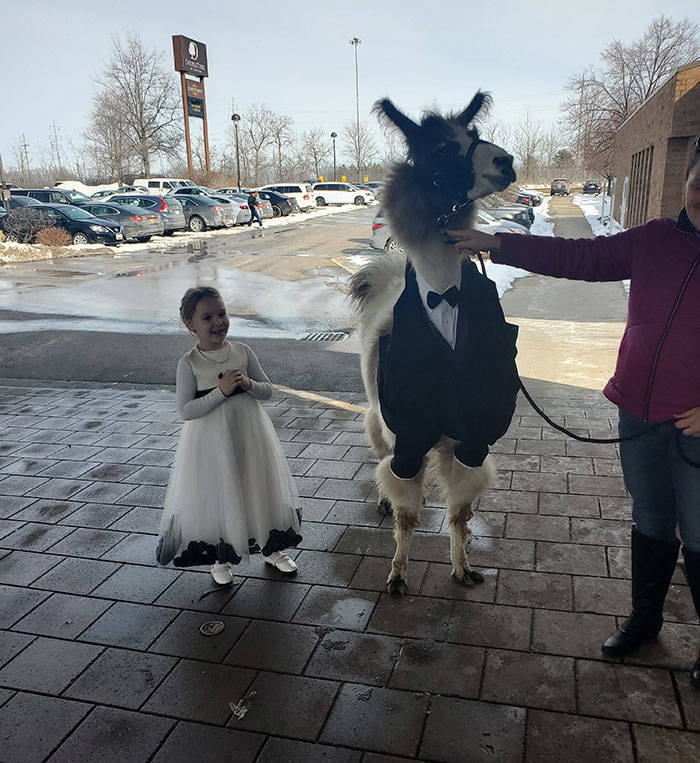 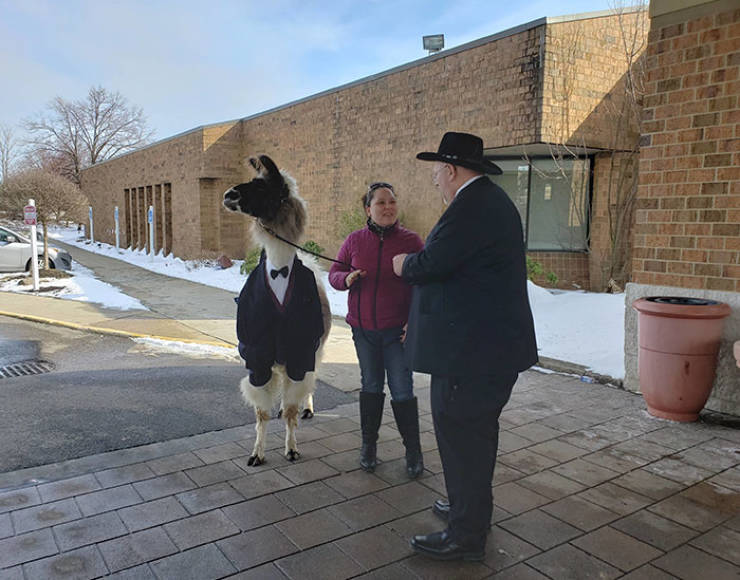