Have You Ever Seen A Sheep Being Washed? This Korean Café Will Show You Just That (10 pics)

Recently, these photos of a lamb getting bathed went viral 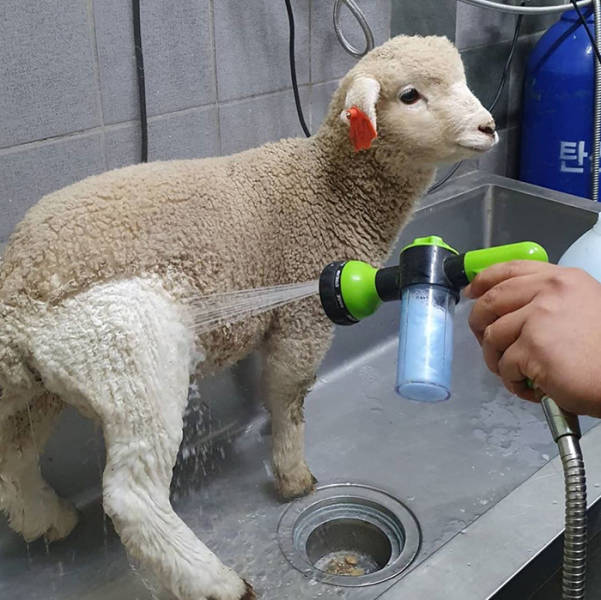 You’ve probably seen those photos popping up on your Instagram/Facebook/you name it feed every now and then. Just days after they were shared on Instagram, the photos went viral, attracting crazy amounts of likes and retweets.

The pictures that were shared on various social media platforms show a lamb that’s getting a bath. From a beige curly gal, this lamb turned into a magnificently fluffy snowball.

We decided to track down the original source of the photos and wound up finding one of the coolest places on this planet—Thanks Nature Cafe. But it’s not a regular cafe, it’s a *cool* cafe.

The photos show a beautiful beige sheep getting groomed 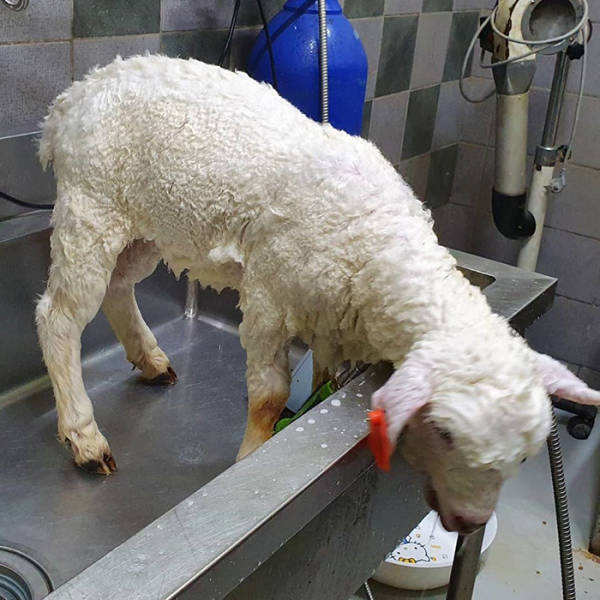 And then turning into a beautiful, white and fluffy snowball 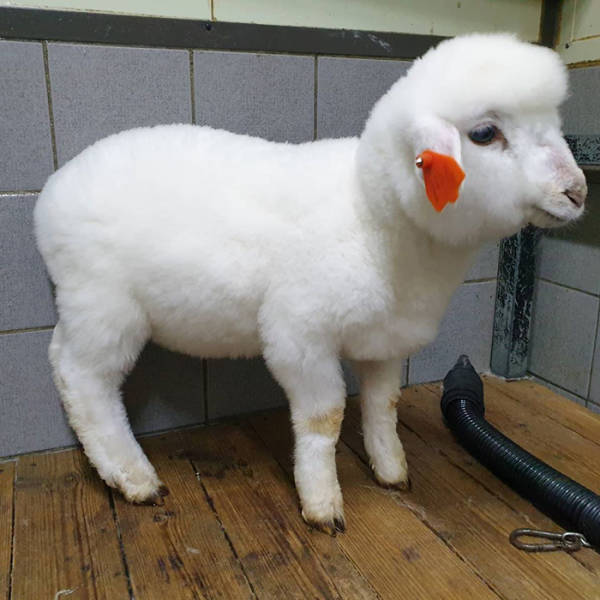 As it turns out, the lamb is one of the animals living in the Thanks Nature Cafe 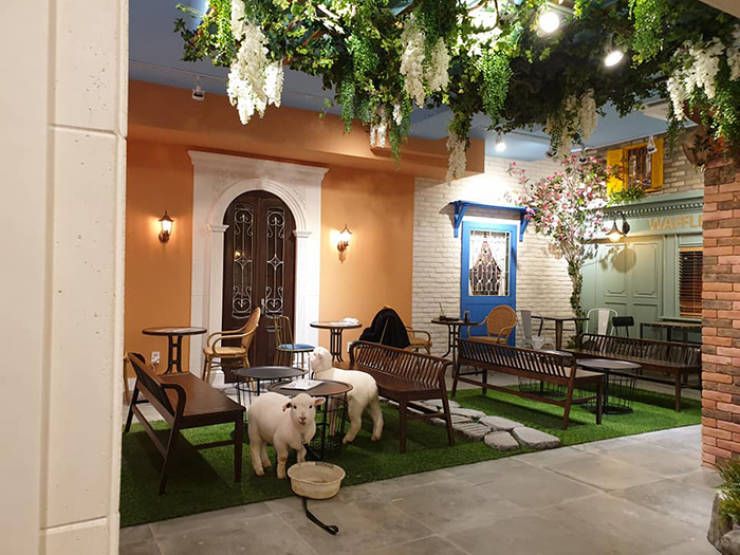 Back in 2011, one of the first animal cafes ever was opened in Seoul, South Korea—and, as you probably already guessed, yes, it’s a sheep cafe!

The cafe has two sections. In one of them, you can drink coffee or your beverage of choice and try some desserts, while in the other—you get to meet and pet these beautiful lambs.

The cafe’s owner, Lee Kwang-ho, is surprised that his “sheep restaurant” is gaining attention from all around the world. “I don’t know how this place was known to the world, but I had visitors from all over the world coming to see my sheep, from Macedonia, Saudi Arabia, New Zealand, even some countries I don’t know well,” he told one news outlet back in 2015.

These two lambs of the cafe are named William and Bentley 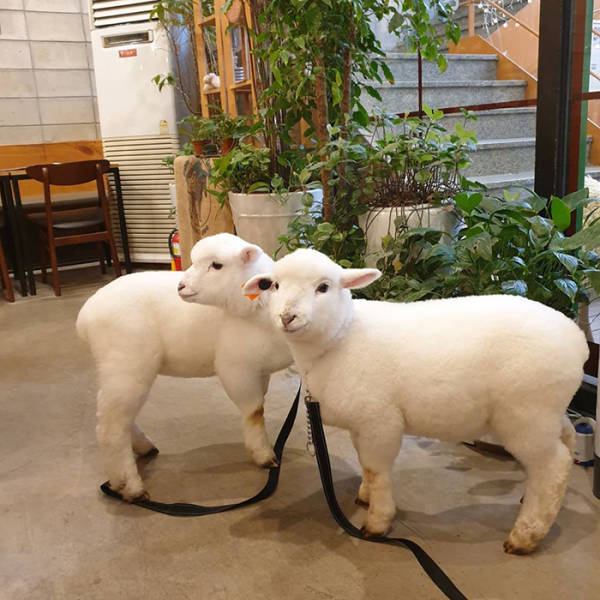 It is one of the first animal cafes in Korea, which gained popularity back in 2015, as it was the year of the sheep 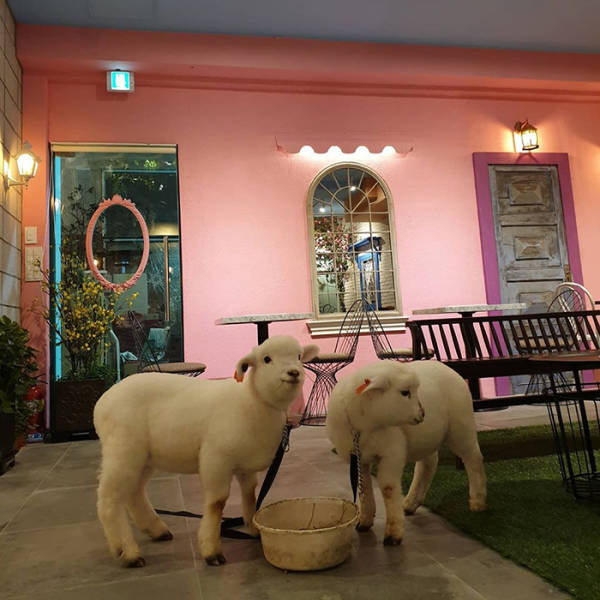 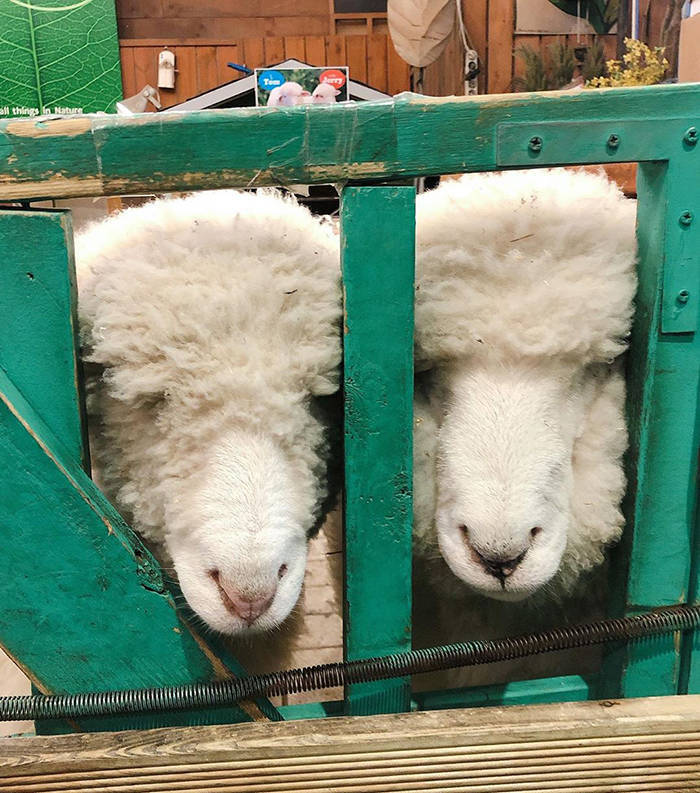 At the moment, the sheep cafe houses two lambs named William and Bentley. “The animals look happy, well-fed and receive a lot of love from everyone. They are cute and chubby,” one customer writes on the TripAdvisor website.

The Thanks Nature Cafe has been named as one of “the 9 cutest animal cafes in the world” by Smart Travel website and it’s really not hard to see why. The cafe is also listed as 35th of the 1,188 best dessert places in Seoul.

Naturally, nobody can possibly resist their cuteness 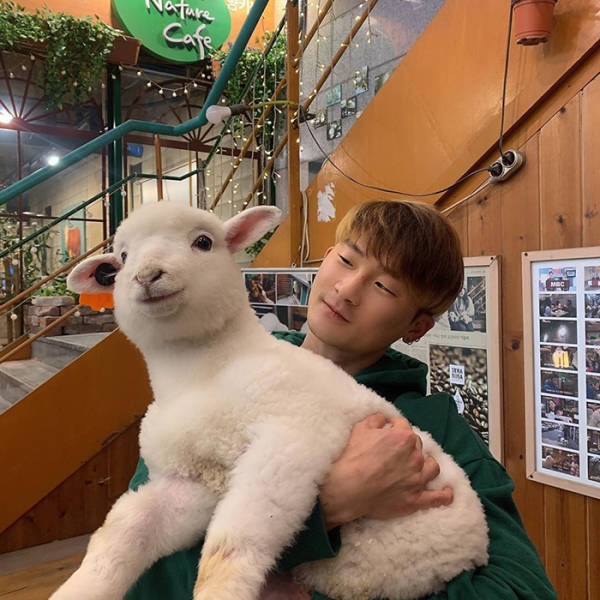 And the sheep seem to be loving all the attention 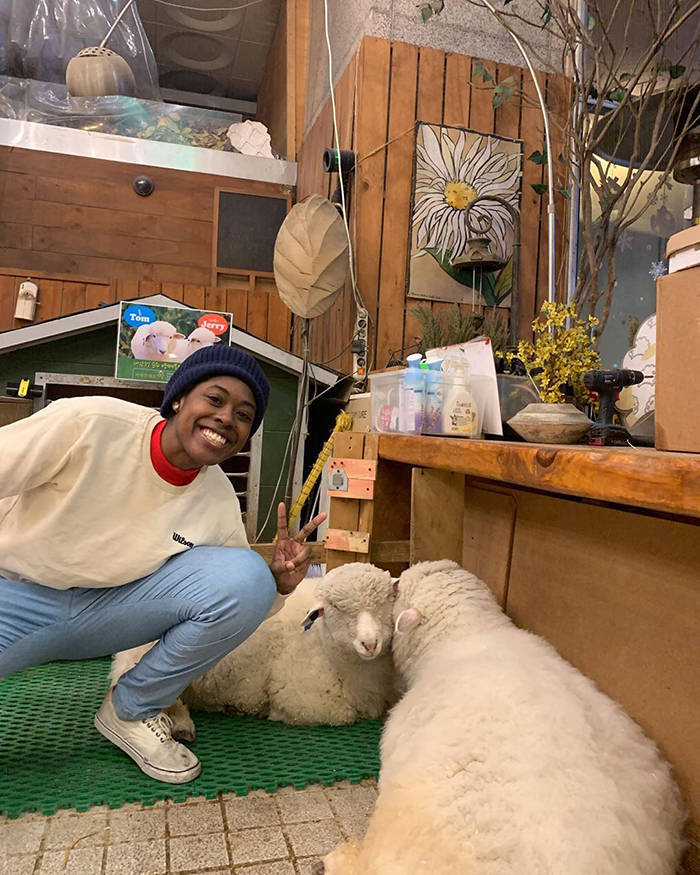 So next time you’re in Seoul, pop up to this cafe to say hi to these beautiful creatures! 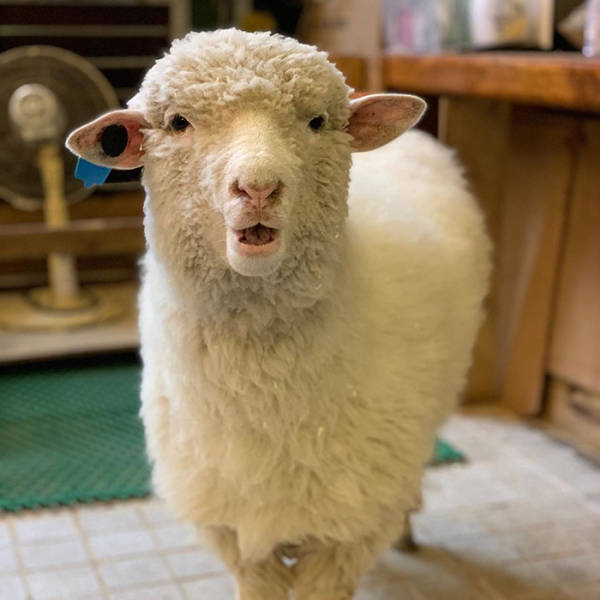 Of course, people love giving these beautiful lambs attention as well! “We had a great time here! Tom and Jerry (sheep) were so fluffy and soft. The food at the cafe was super yummy. You can tell the sheep are well looked after and happy. The owner was very kind and gentle with the sheep and he was very pleasant with us as well. If you have children I would definitely visit this cafe! Even if you don’t have children the sheep are cute and the food yummy,” one visitor from China writes on TripAdvisor.