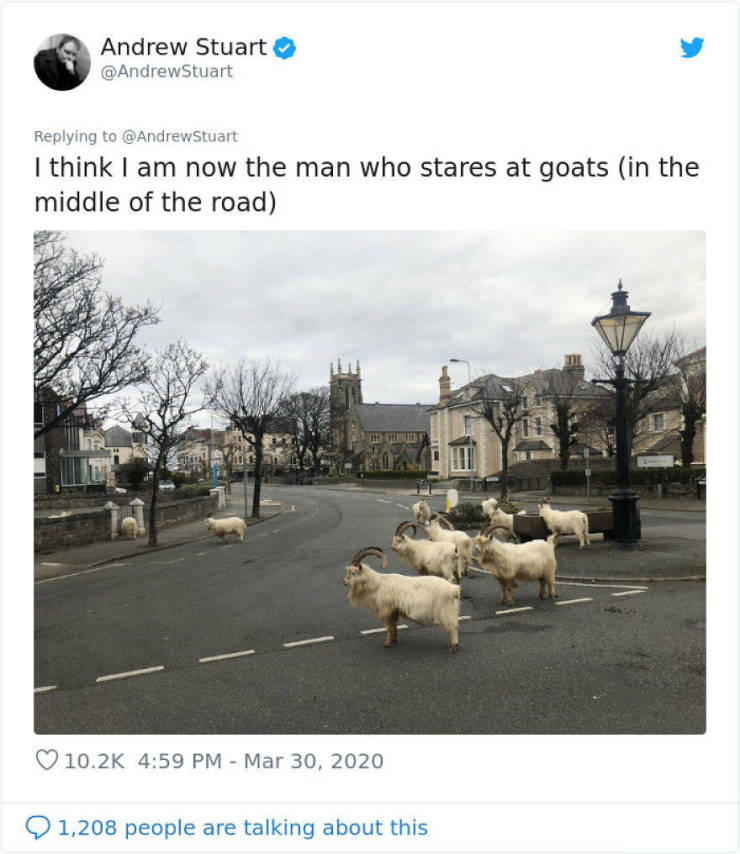 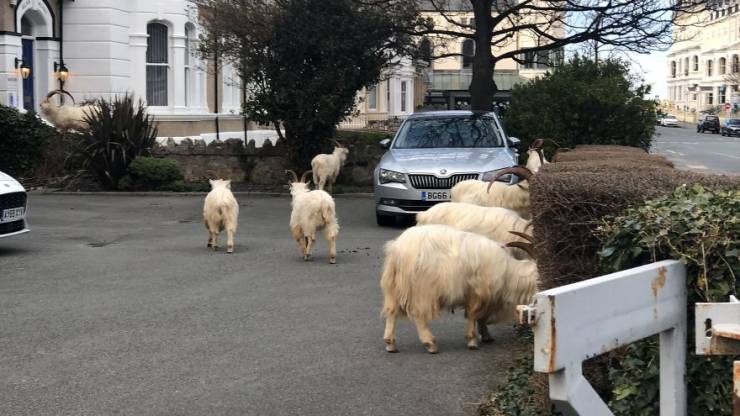 They seem to be quite enjoying city life, strolling down the streets and munching on some hedges 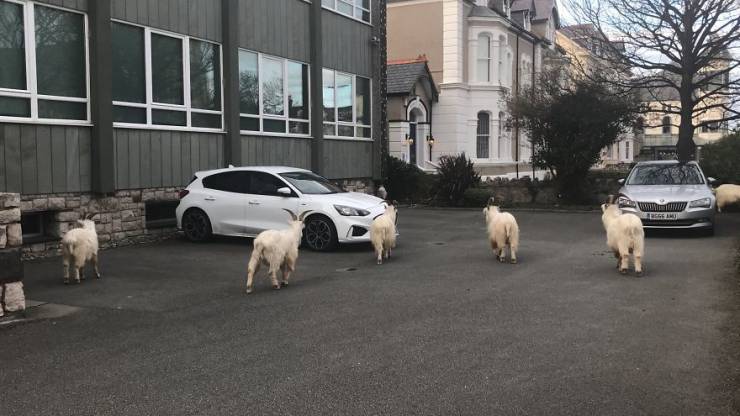 Usually, the herd of around 120 goats only come down from the nearby Great Orme headland in extremely bad weather 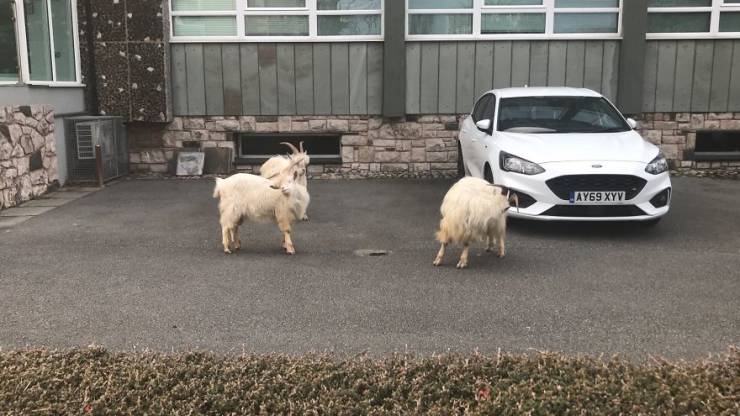 However, it appears they couldn’t miss this opportunity since all the humans locked themselves up at home 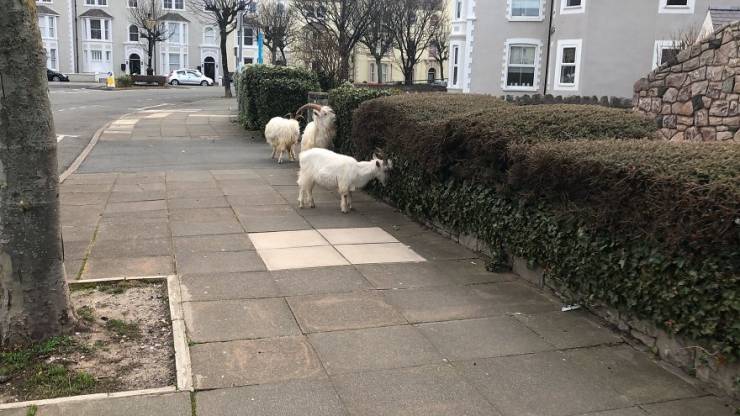 I think I just got a group of goats in Llandudno arrested.

Let me explain... first, I saw this from inside a dark pub (the one I live in currently). I thought I was seeing things. So I took some video: pic.twitter.com/RtxYG6htLC

So I decided to see what was going on. They stopped on Trinity Square, and decided the hedges there looked very tasty (tbf, they probably are if you’re a goat) pic.twitter.com/Sz7WnoQGsd

Stuart said he originally called the police on the goats last week for not being the best citizens, starting riots, and snacking on hedges 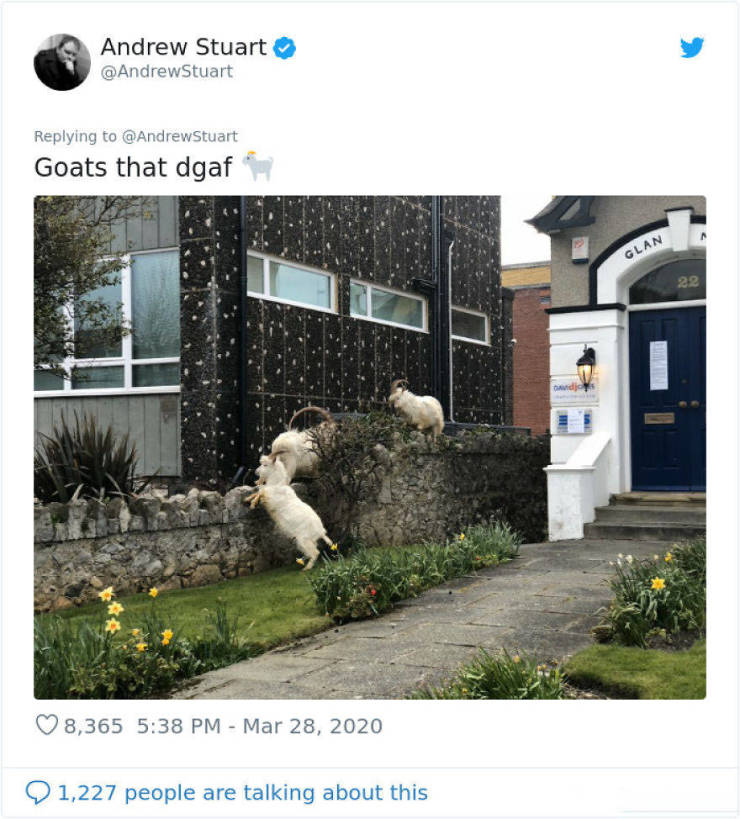 And we certainly can’t blame him, after all, they were not even abiding by social distancing rules

However, it seems he later had a change of heart 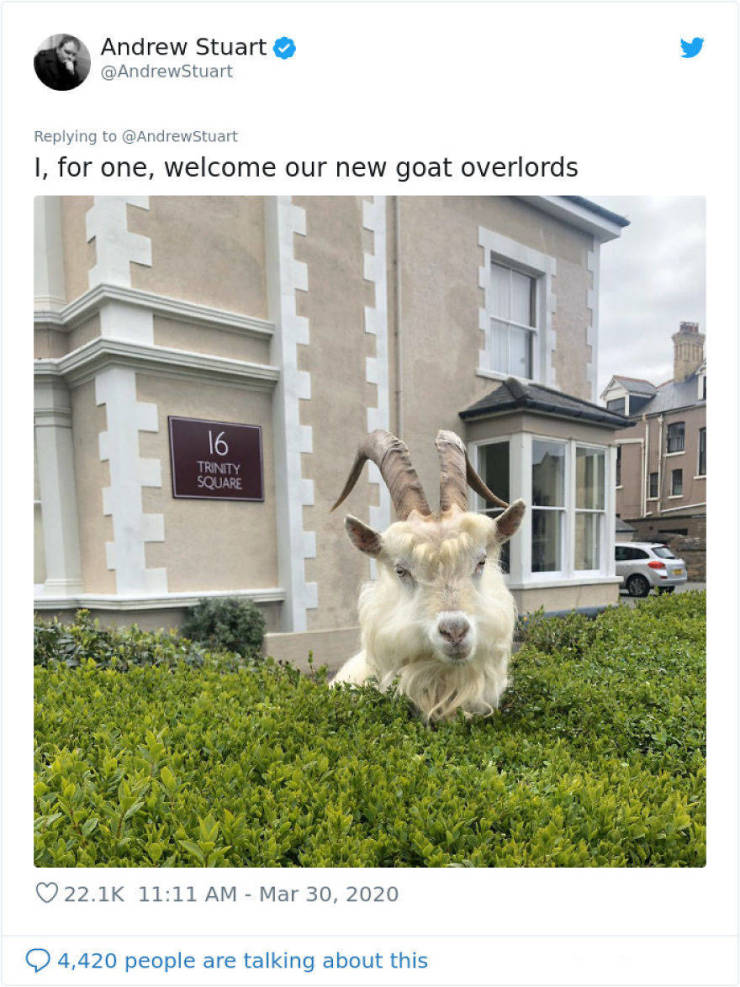 I, for one, welcome our new goat overlords pic.twitter.com/Fk5x6XaCLM

This shows what it’s all about. They’re scared of me (a human) in this. They don’t like people. They usually only come down from the Great Orme when it’s windy, and only the back streets at the top of Mostyn Street. Now lockdown means it’s empty, they’re going further than ever. pic.twitter.com/roZpNm61Qh

And they mean business this time #goats #llandudno pic.twitter.com/8PORNufdp2

Llandudno is run by goats pic.twitter.com/C7nENePcEA