When Kevin Smith and Scott Mosier heard Alan Rickman was a Chasing Amy fan, they asked him to play Metatron. He read the script and came back with two questions, “Would they stay faithful to the script,” and “Were the wings real or CGI?” 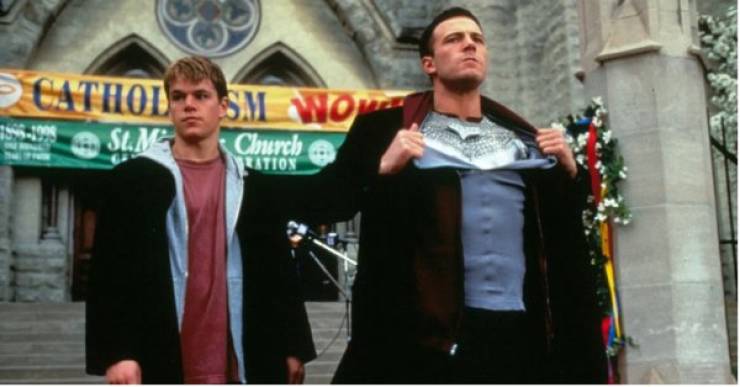 The hoods worn around the neck of the three angels in the film, Metatron (Alan Rickman), Bartleby (Ben Affleck), and Loki (Matt Damon) represent their haloes. 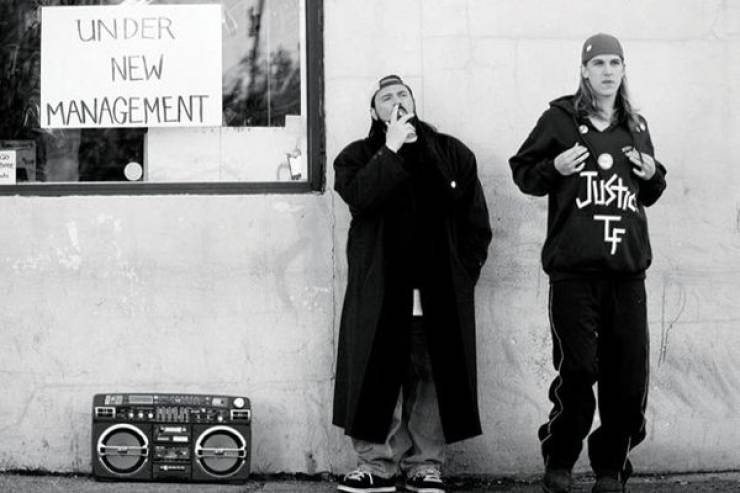 Kevin Smith wrote this screenplay before he wrote Clerks, but shelved it because he didn’t think he was a good enough director, and wanted to do it with proper visual effects.

In the scene where Ben Affleck and Matt Damon are in the gun shop, you can see Ben pick up a knife and play with it. If you continue to watch Ben, you will see him cut his finger. He then recoils with a look of shock on his face. This is joked about in the DVD commentary too. 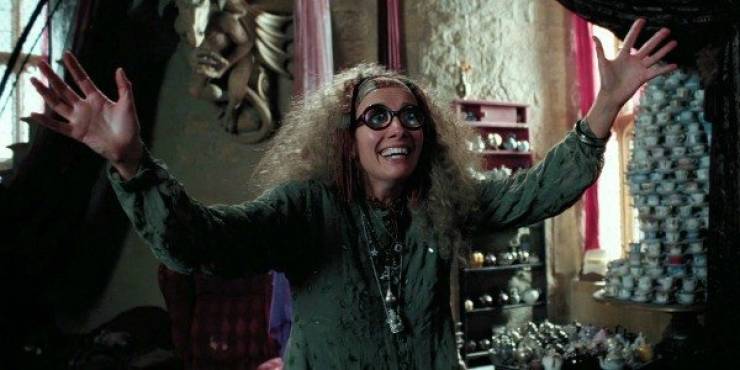 Emma Thompson was going to appear in the film as God, but she backed out before filming began in order to have a baby.

Unbeknown to protesters, Kevin Smith joined one of the Catholic groups that protested his film. He managed to get interviewed by a reporter who recognized him, though Smith managed to stay incognito by giving his friend’s name as his own and telling her that he is often mistaken for the Clerks director. During the interview, Smith also made the comment that he kind of liked his (Kevin Smith’s) first film. 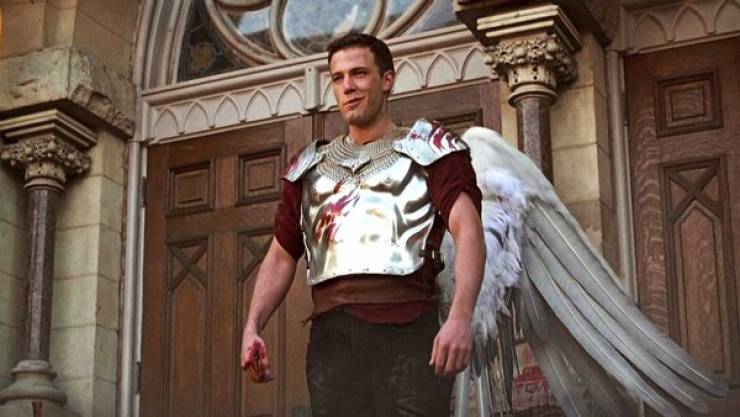 Kevin Smith gave himself a puppeteers credit under the name Kevin P. Smith. This was for helping out with the handling of the wings in various scenes.

The Buddy Christ statue that was used in the film is on display (as of mid-2001) at Jay and Silent Bob’s Secret Stash, a comic book store in Red Bank, New Jersey, owned by Kevin Smith. Replicas of the statue are on sale at the store and have become one of the store’s biggest selling items. 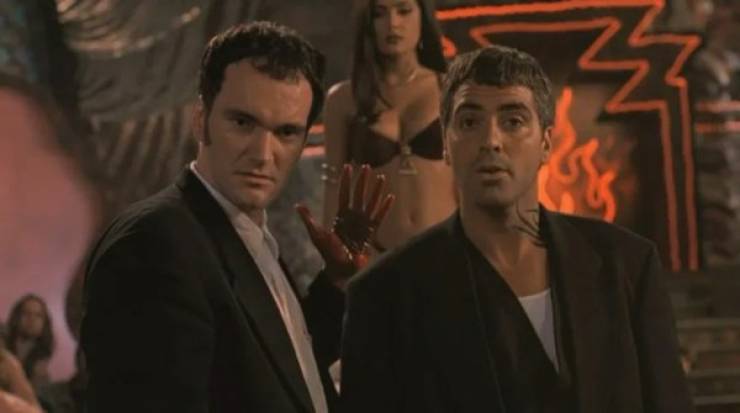 Kevin Smith pursued Robert Rodriguez to direct the film. Rodriguez enjoyed the script, but in seeing how personal the story was, insisted that Smith himself direct.

Rufus’ reply “Know him? N*gga owes me twelve bucks!”, when asked if he knows Christ, was one of the few lines ad-libbed by Chris Rock. Kevin Smith is notorious for asking his actors to stick to the script’s dialogue.

The role of Loki was written for Jason Lee, but scheduling conflicts forced him to take on the smaller role of Azrael, and Matt Damon took over as Loki.

The Mooby restaurant’s playground was created especially for the movie – it’s shaped like a giant meat grinder. 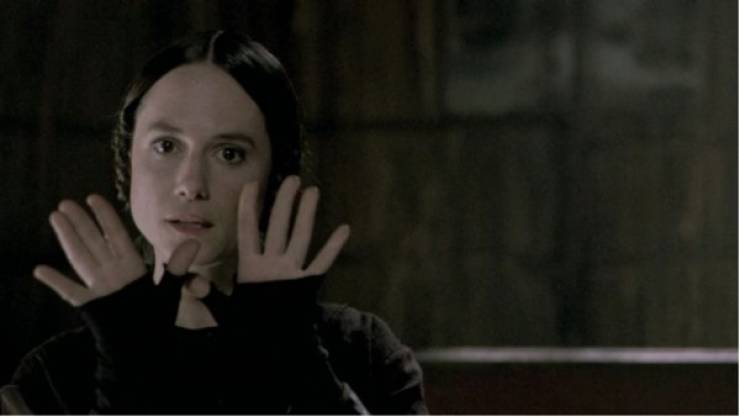 The role of God was originally written for Holly Hunter. Even though she was not cast, they kept the reference to The Piano (1993) in the script. 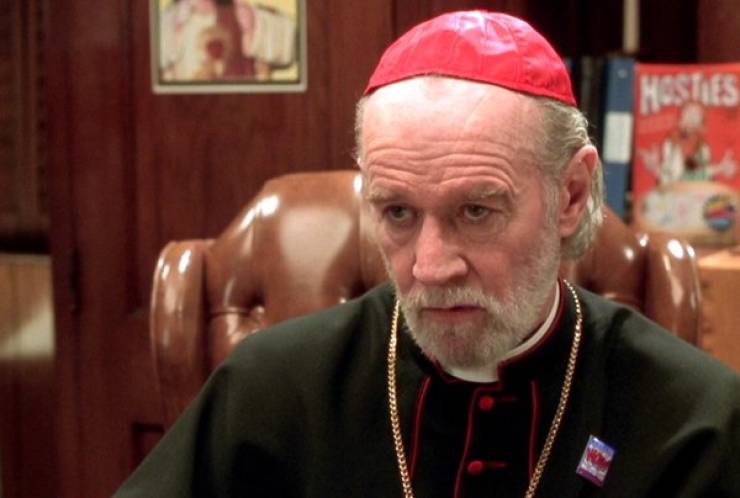 George Carlin agreed to take the role of Cardinal Glick, but didn’t want to remove his wedding band (he had recently lost his wife), so he wore a Band-Aid to hide it. This was actually unnecessary, as Catholic clergy wear wedding bands to signify their “marriage” to the church. 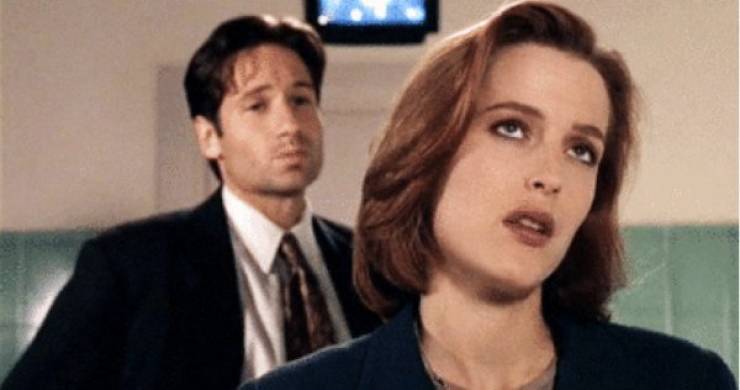 Kevin Smith’s first choice for the role of Bethany was Gillian Anderson.

Alanis Morissette was originally meant to play Bethany Sloan, but was unable to because of her 1998-99 world tour. By the time she was able to work on the film, the role had been cast, so she was offered the chance to play God as compensation.

Alan Rickman held on to the maracas all day when they shot the scene in the Mexican restaurant when Metatron shook them after his meeting with Bethany. He started driving the crew and cast crazy playing with them the whole day.

The irony about Catholics and the Catholic League protesting against this movie is that Kevin Smith was raised Roman Catholic, and still considers himself a Catholic. He thanks God in the end credits and mentions that he is raising another little Catholic (his daughter).