One kid noticed that Pixar reused the whole landscape from Up in Cars 2. 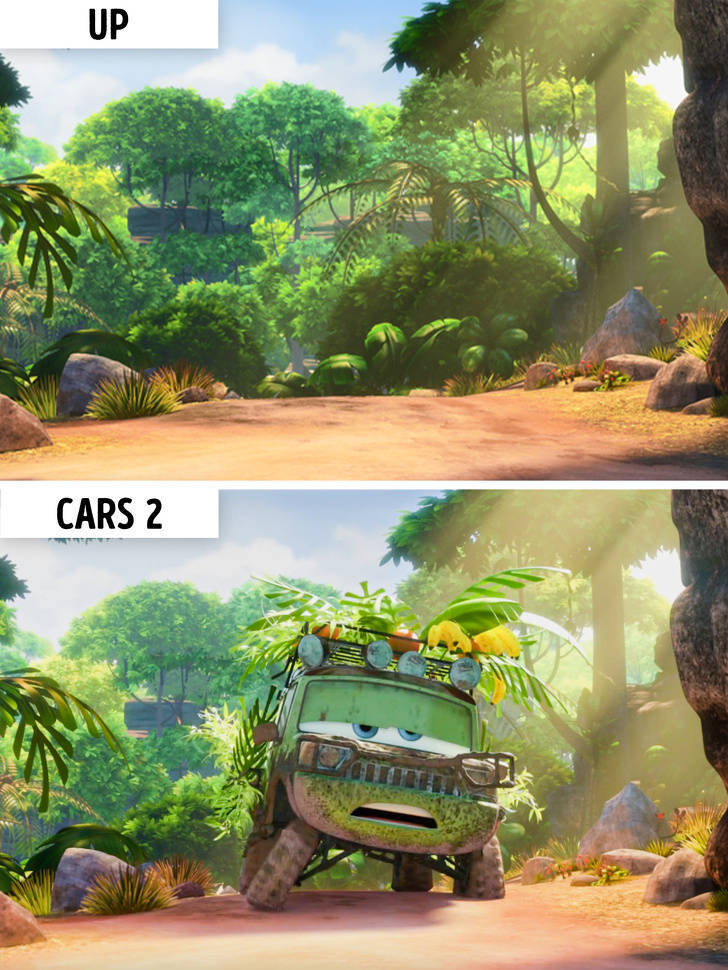 In Robin Hood Disney reused quite a lot of animation, including scenes from The Jungle Book, Snow White, The Aristocats, and Alice in Wonderland.

Check out the similarities between these scenes from Bambi and Alice in Wonderland.

It’s the same scene in The Aristocats and 101 Dalmatians.

A scene from The Sword in the Stone is also used in 101 Dalmatians. There can never be too much of an iconic moment.

We all know that tree. It appeared in A Bug’s Life, Toy Story 2, and Up. 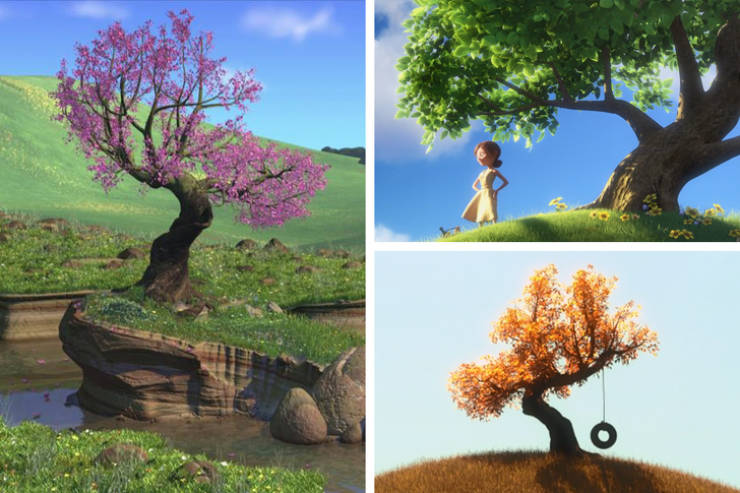 The same scene in The Jungle Book and The Rescuers.

It looks like half of 101 Dalmatians was a compilation of earlier cartoons. This scene, for example, is from Cinderella. 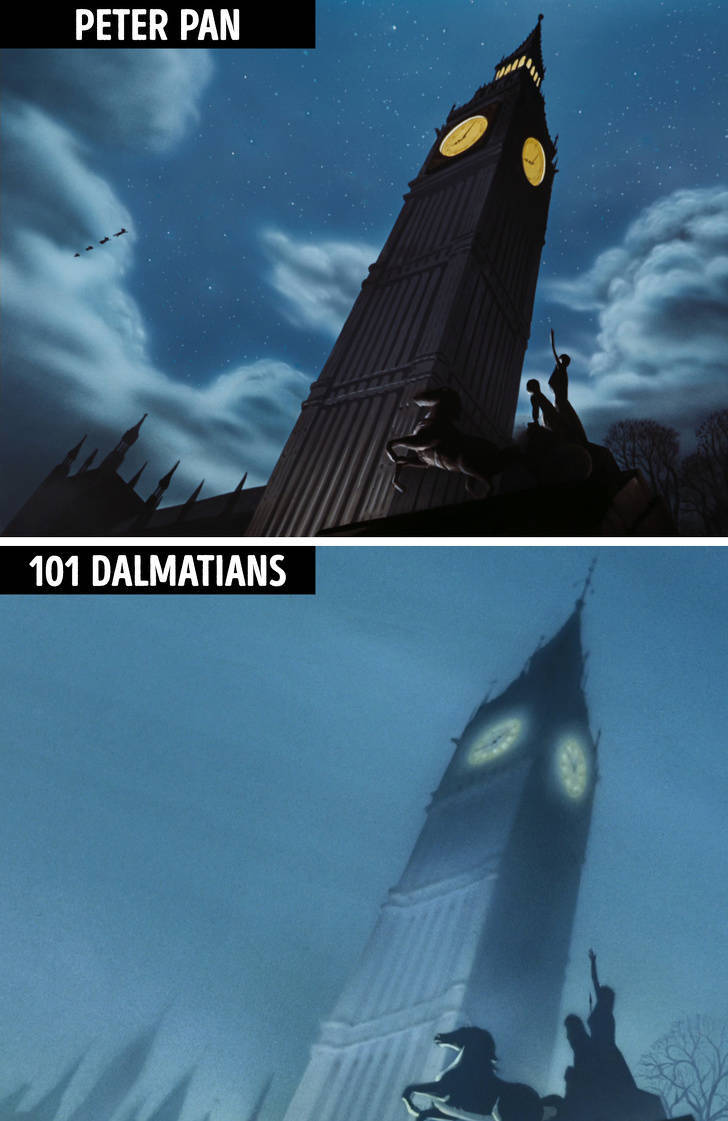 Looks like Bagheera from The Jungle Book was inspired by Grumpy from Snow White and the Seven Dwarfs in some ways.

Another scene that looks very familiar — The Sword in the Stone and The Black Cauldron. 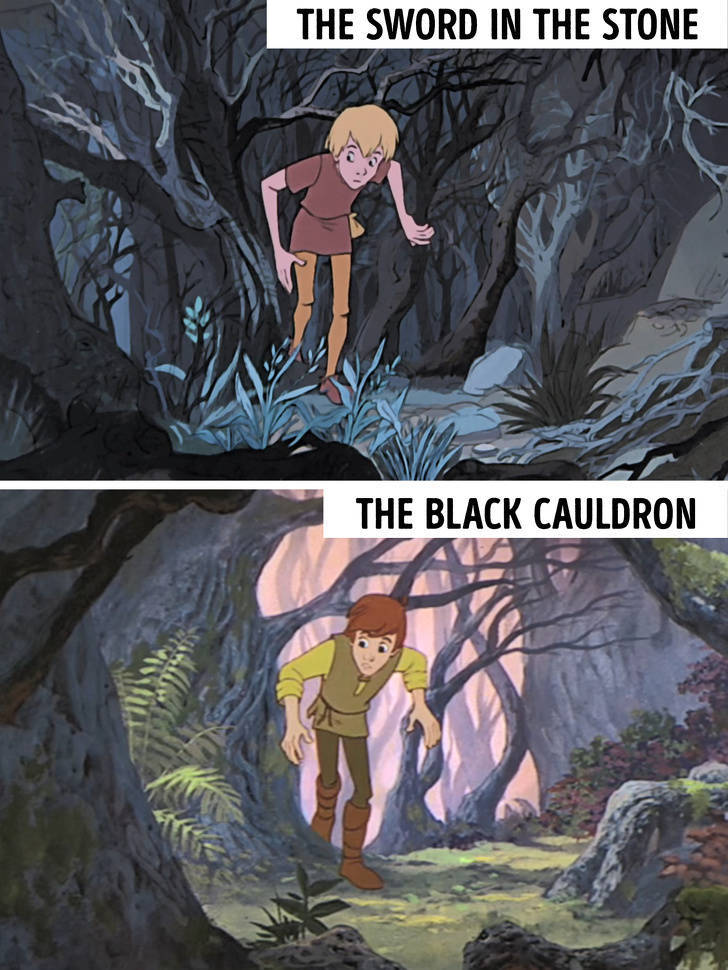 If you’ve had a feeling you’ve seen it somewhere, you have. This scene from 101 Dalmatians very much resembles the one from Winnie the Pooh. 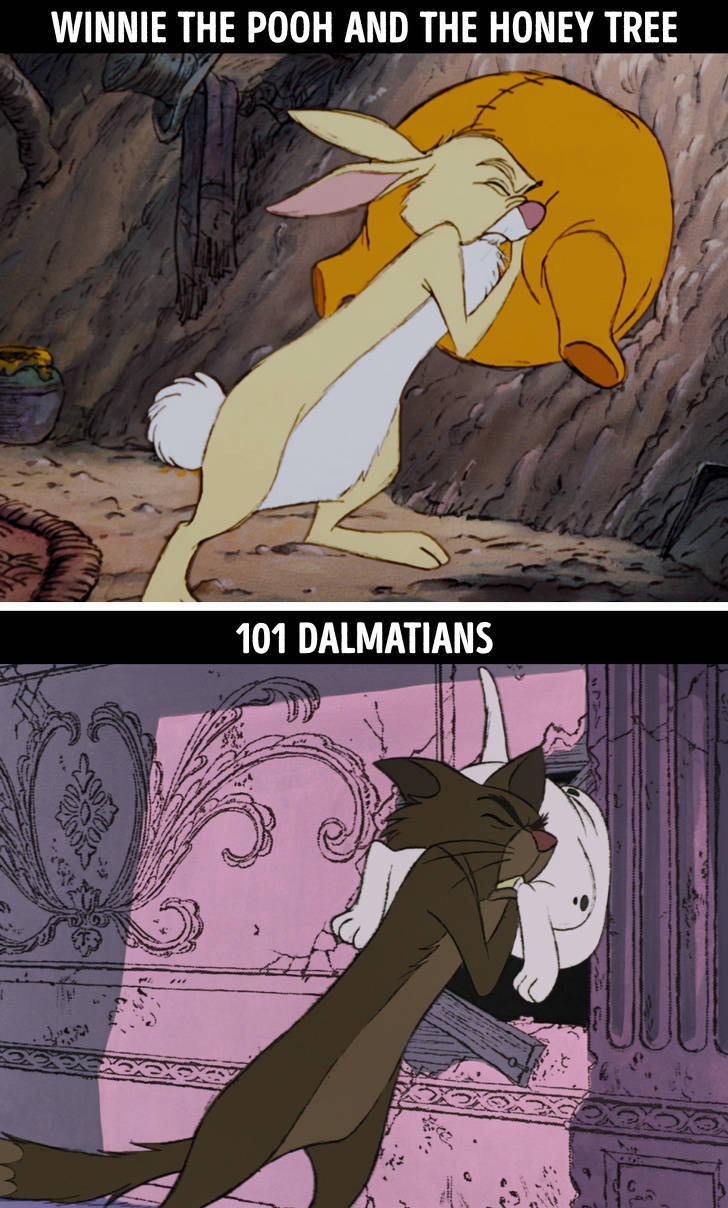 This animation is worth millions: The Adventures of Ichabod and Mr. Toad and The Jungle Book.