In Frozen, the characters’ names put together sound like Hans Christian Andersen who wrote the story that Frozen was based on. 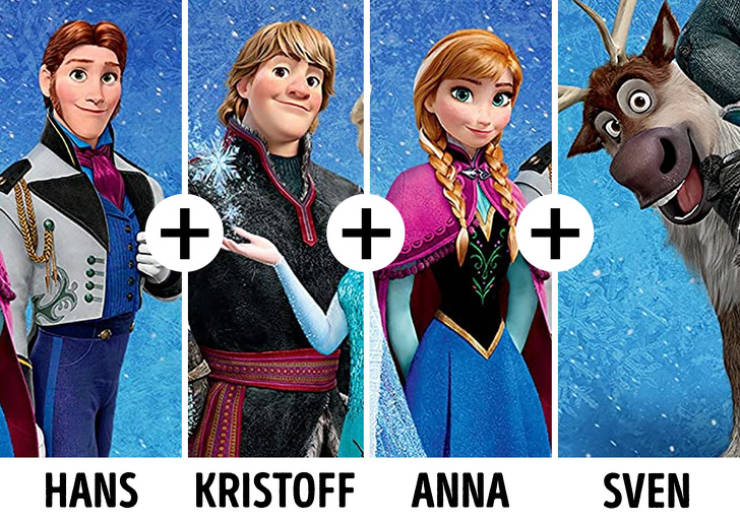 When Roddy (voiced by Hugh Jackman) in Flushed Away is deciding what to wear, he pulls out a Wolverine suit. 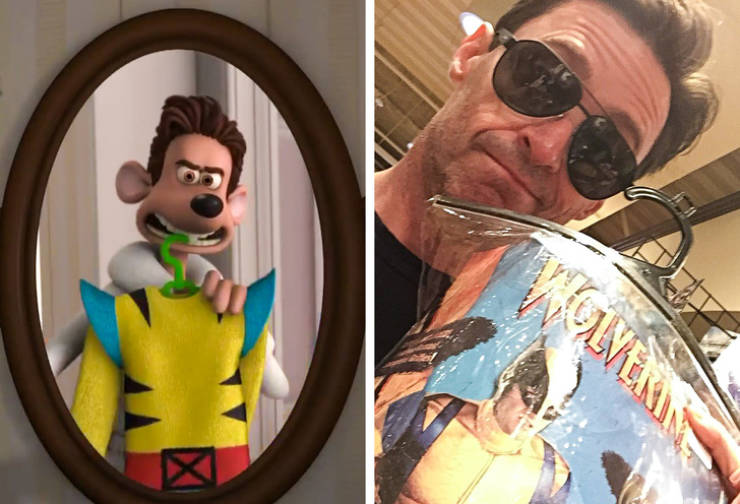 Hugh Jackman, who played Wolverine, never wore the classic Wolverine suit from the comics. He even teased that he might finally wear one for Halloween.

In Shrek, Fiona has a poster of Sir Justin, modeled after Justin Timberlake, in her room. 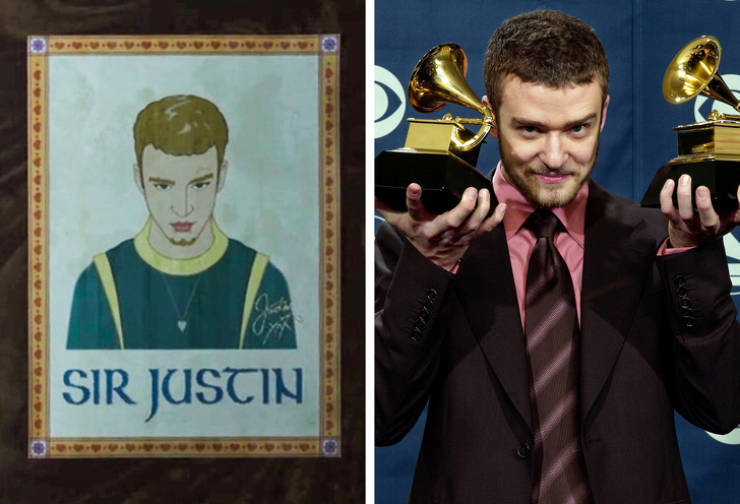 Cameron Diaz who voiced Fiona was dating Justin Timberlake at the time.

Moana saving the baby turtle is a nod to Stitch using a big leaf to give shade to turtles in Lilo and Stitch. 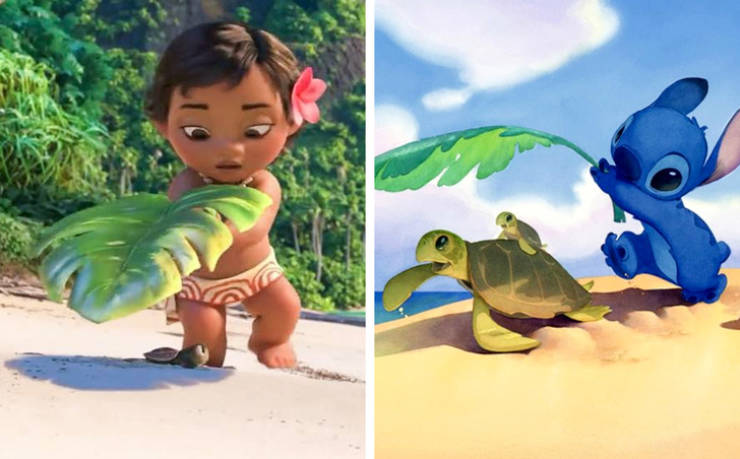 At the police desk in Big Hero 6, the photo frames contain the pictures of Esther and Bolt from Bolt. 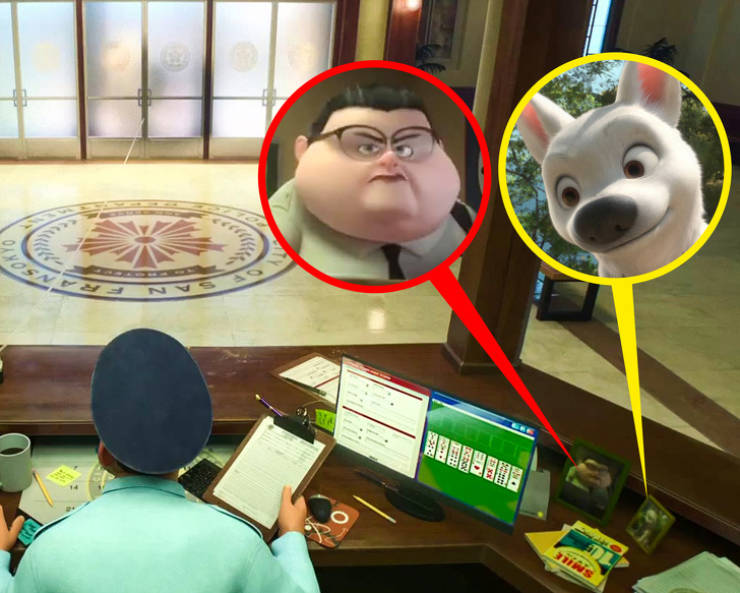 The civil servants in the land of the dead in Coco use the classic Macintosh, which is a tribute to Steve Jobs who made Pixar possible. 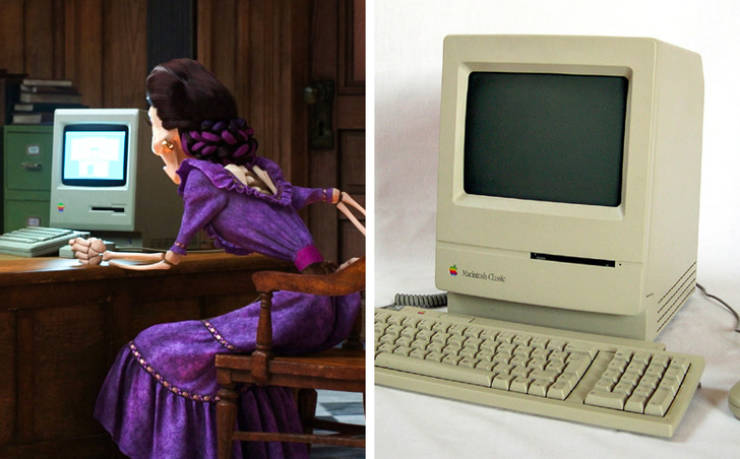 There is an Apple Store in the Angry Birds Movie and a bird is seen putting an apple to its ear, like a phone. 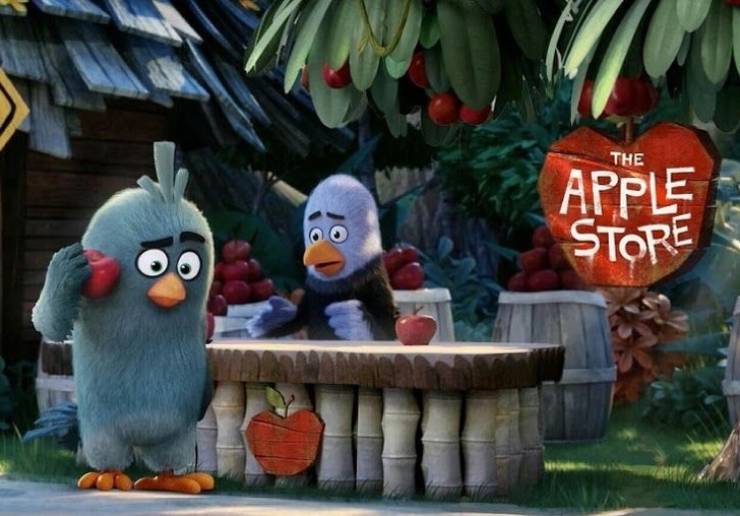 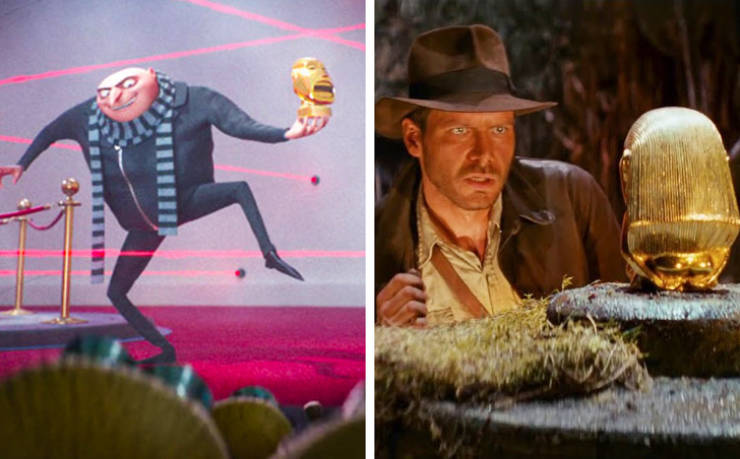 The villain in The Incredibles, Bomb Voyage, does a street performance in Ratatouille. 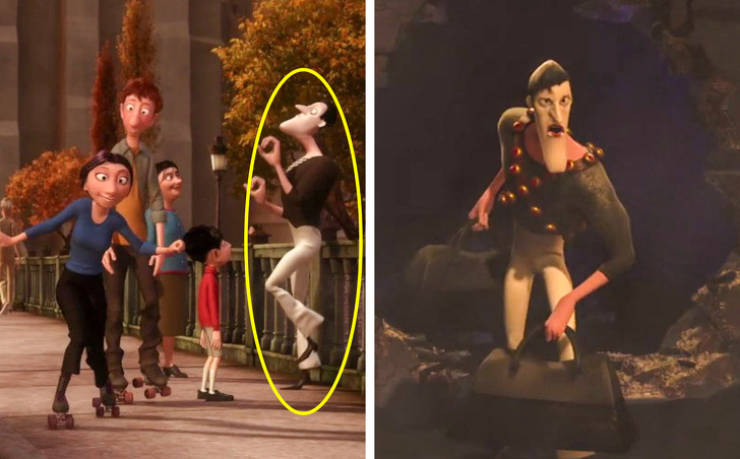 Sid from Toy Story uses Binford Tools, which is the fictional tool company in Home Improvement. 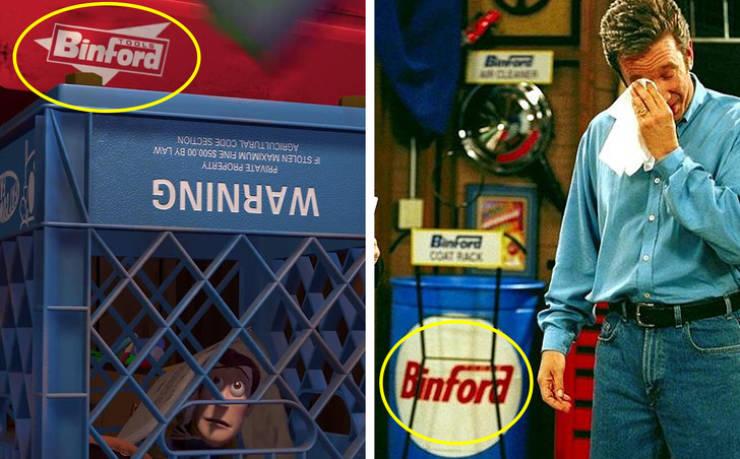 In Frozen 2, multiple Svens coming up behind Kristoff when he was singing, is a reference to Queen’s “Bohemian Rhapsody.” 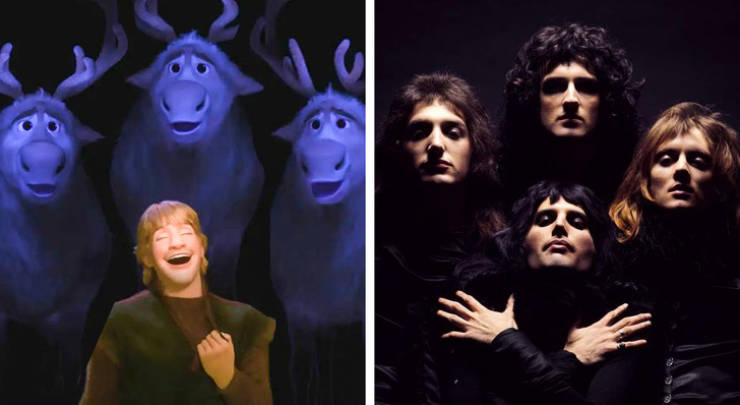 Lord Business from The Lego Movie actually wears coffee mugs on his head and a tie as a cape. 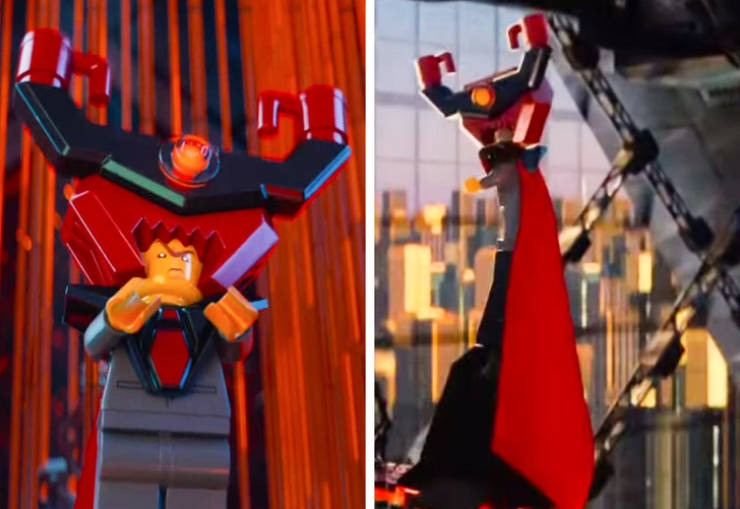 In The Angry Birds Movie, a poster of Hotel California by The Eagles can be seen hung on the wall of Mighty Eagle’s cave. 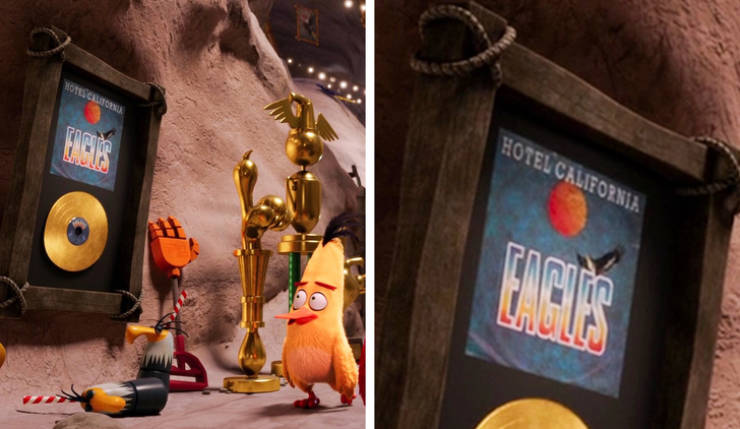 Bunnyburrow in Zootopia looks a lot like Totoro from My Neighbor Totoro. 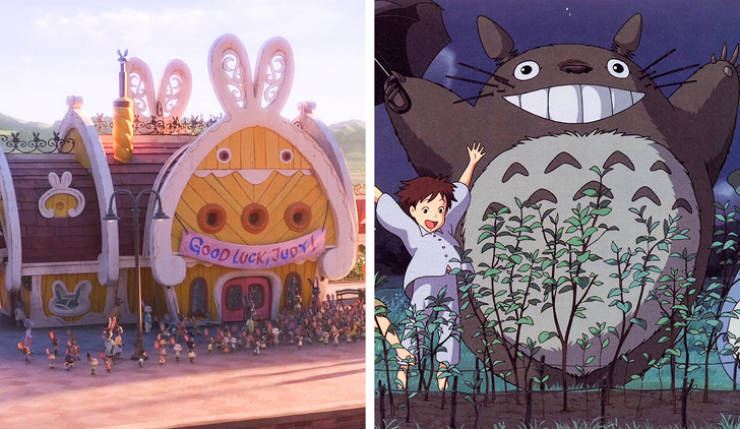 In Madagascar 2, Alex’s paw has a mark of the continent of Africa on it. 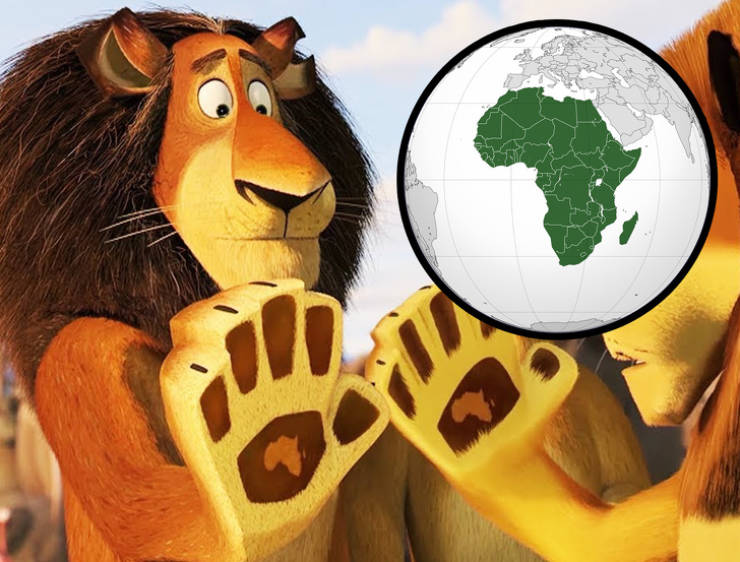 The sun with the baby face in Boss Baby is a shout out to the kids’ show, Teletubbies. 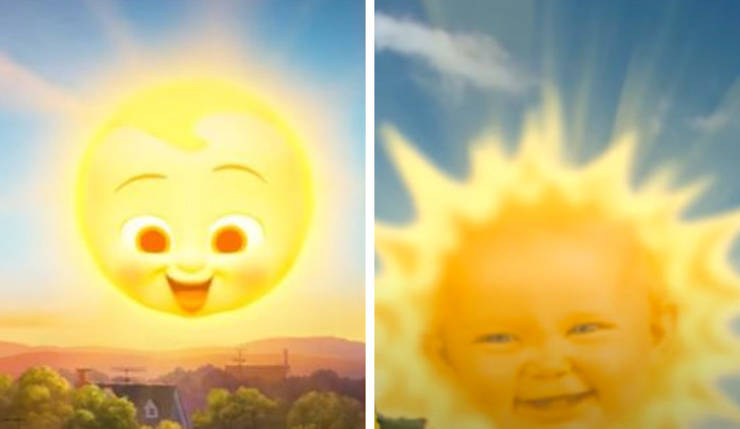 Olaf’s charades in Frozen 2 feature a few Easter Eggs, one of which is Mrs. Potts from Beauty and the Beast. 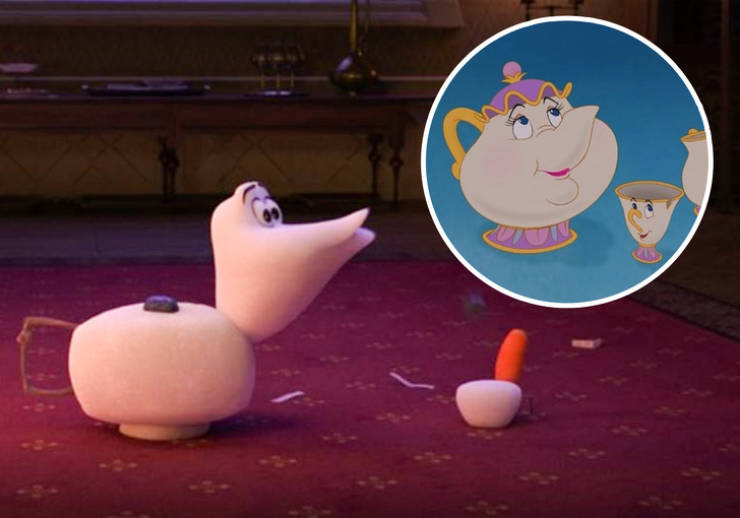 Margo’s shirts in the Despicable Me movies are hints to future movies such as The Lorax and The Grinch. 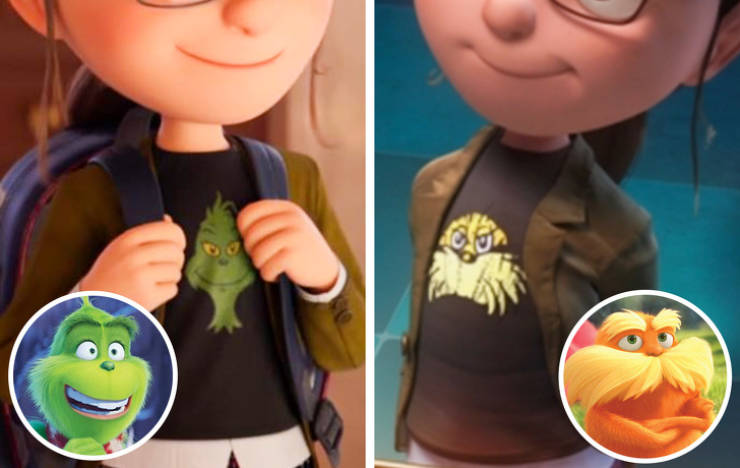 In Robots, there is a robot that looks like Sid the Sloth from Ice Age. 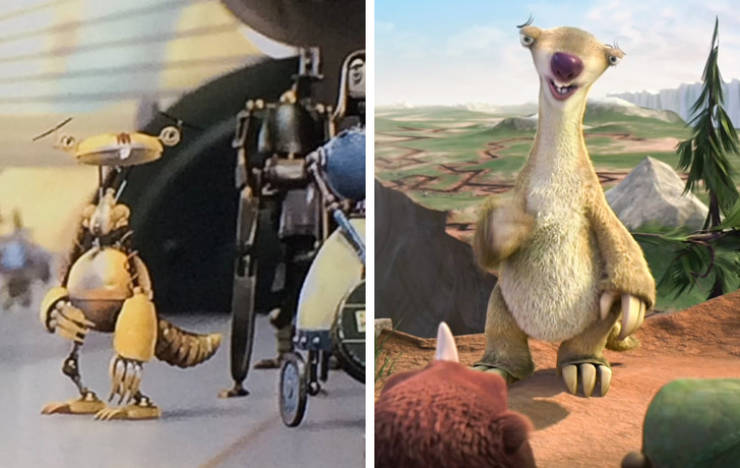 The carpet in Sid’s house in Toy Story was inspired by The Shining, a famous horror movie. 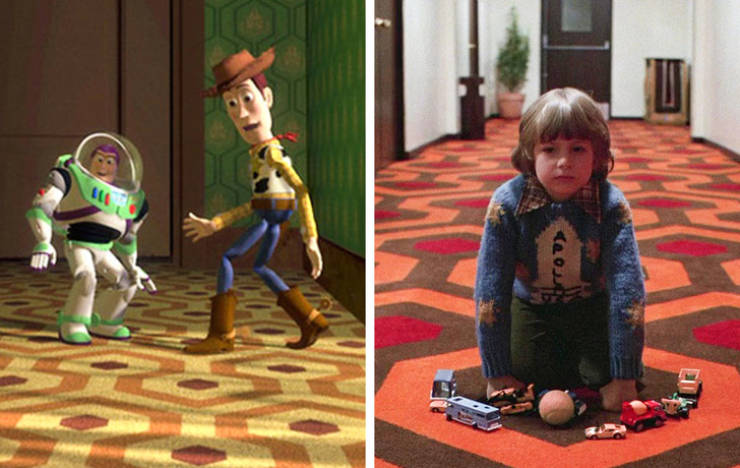