Did You Know These Things About Pirates? (10 pics) 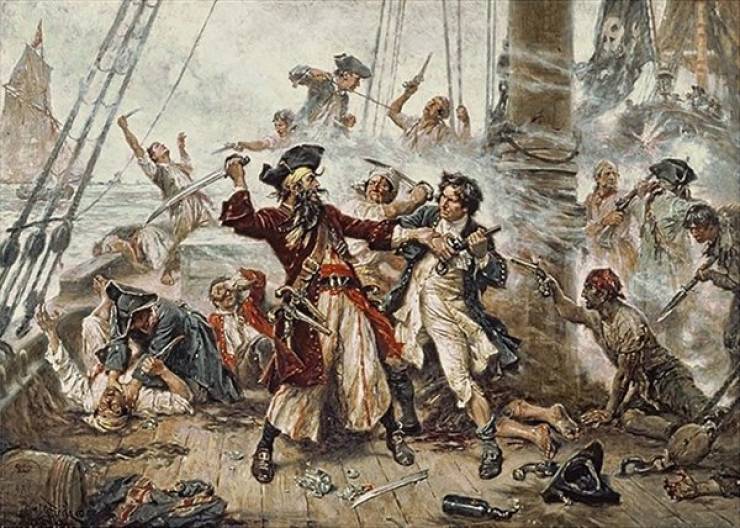 Pirate ships, well, the good ones, often had no less than 5 canons on board. Canons are loud in an open field, let alone in the belly of a large wooden ship. So, to avoid damage to the ears, pirates would often hang balls of wax from their earrings. Not only were these used as accessories, but the wax would also be plugged into their ears when canons were going off.

Earrings were special to them 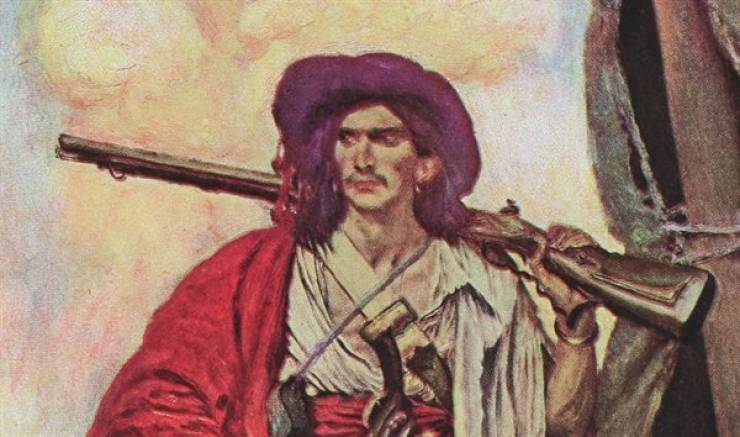 While we hardly ever see a depiction of a pirate without golden earrings, it isn’t just because they thought they looked cool. Pirates were incredibly superstitious. Many of them believed that a golden earring would ensure that you never drowned. Others believed that they stopped sea sickness. However, the most common reason for wearing lavish earrings was so that if the wearer died, their gold could be melted down and used for a funeral. Many pirates would engrave their hometowns on their jewelry so that they could be buried at home. 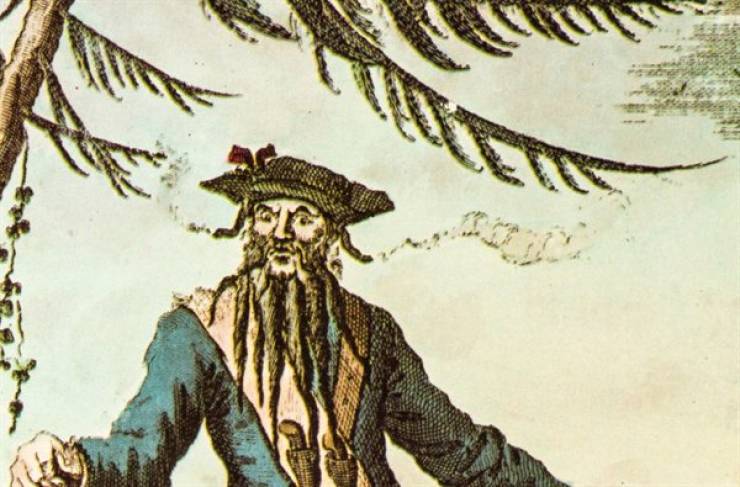 This isn’t so much a tradition as much as it is a cool fact, but psychological warfare was huge for some pirates- namely Blackbeard. Edward Teach, otherwise known as Blackbeard, really enjoyed this aspect of a battle. He was famous for weaving hemp into his beard and hat and then lighting it on fire, so that smoke constantly bellowed from his head as he was fighting. Oh, and his ship was equipped with over 40 cannons. 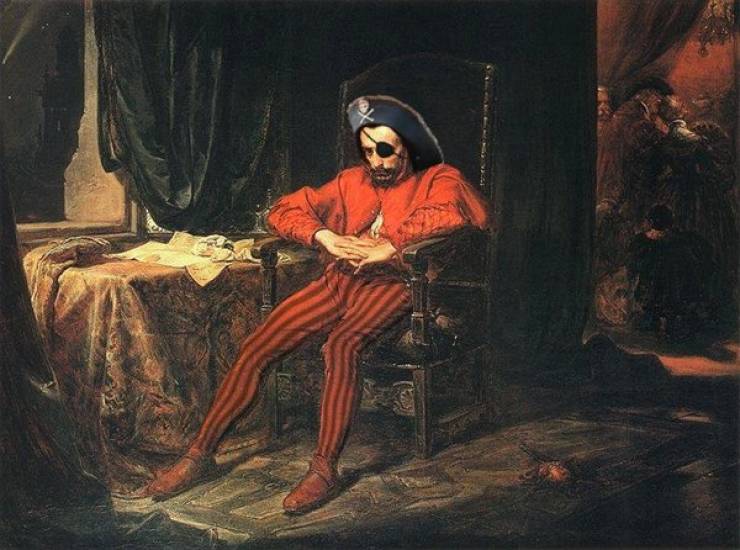 As a kid, I always assumed that a pirate wore a patch because he had lost an eye in battle. However, the truth is that they wore these patches so that one eye was always adjusted to the dark should they ever have to go beneath the deck. This was tested and proven on Mythbusters, and it’s pretty awesome. 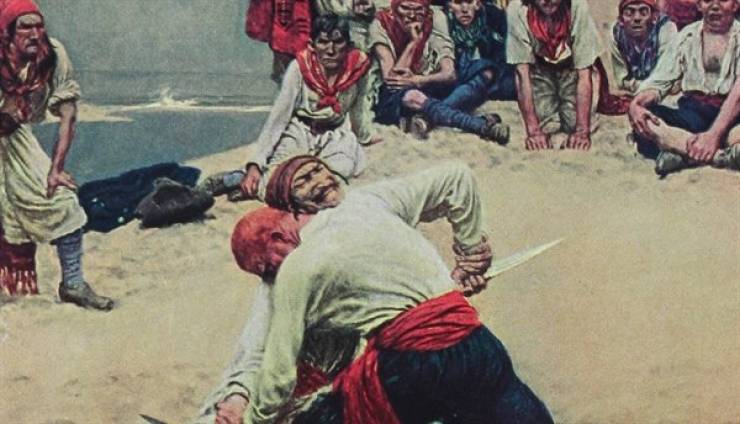 Okay, I think most of us figured that pirates loved to hit the bottle. But, did you know that pirates were also pretty decent mixologists? In the 1600s, the British Navy was given a ration of 5 shots of rum a day. When pirates got a hold of said rum, they would throw it into a barrel with beer, lemons, and sugar. The resulting mixture was a favourite among pirates. The lemon, in fact, was said to help prevent scurvy. 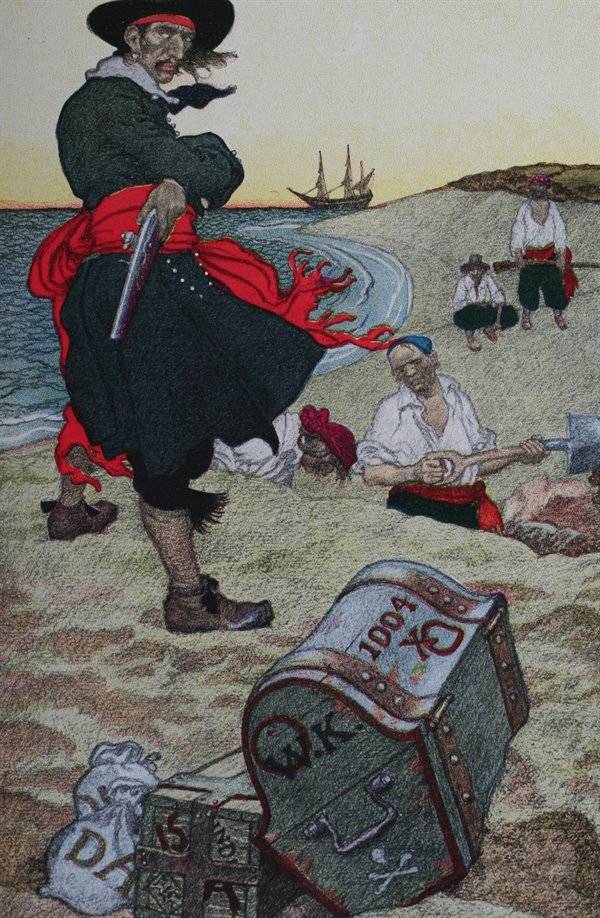 We can thank the entertainment industry for that common myth. Well, I guess it’s not technically a myth since ONE pirate actually DID bury his treasure. William Kidd buried some treasure off the coast of Long Island once, only to have a shipmate dig it up and use it as proof against his piracy to get him hanged. Anyway, most pirates didn’t bury their treasure because very rarely was the treasure actually gold and jewels. Most of the time, the booty came in the form of food, alcohol, linens, and lumber. 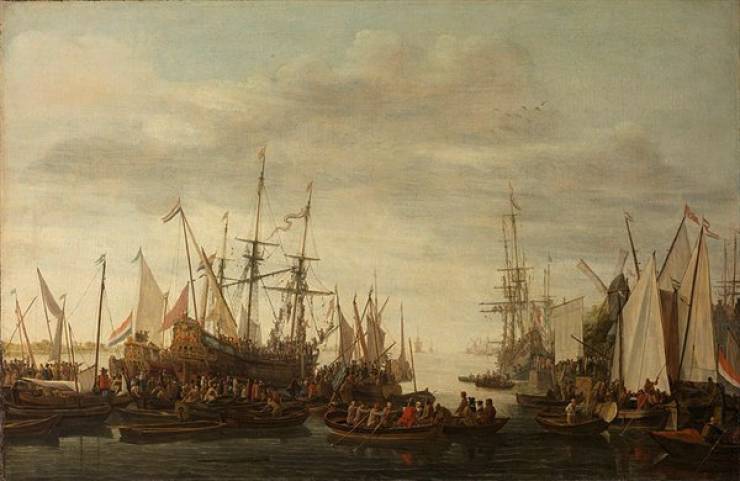 Torture and punishment is never fun (Well…) and it’s especially savage when pirates are doing it. Keelhauling involved tying a rope to someone and dragging them underneath a moving ship, which was covered in barnacles. The person being keelhauled would emerge from the ocean heavily cut up and nearly drowned. Terrifying.

There were many variations of the Jolly Roger 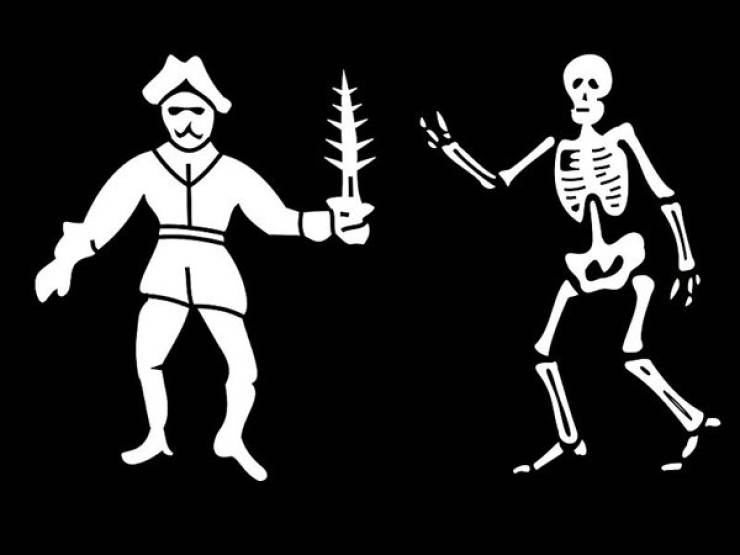 Not every pirate ship boasted a skull and crossbones, but most of them had some form of what is famously known as the ‘Jolly Roger.’ Blackbeard, for example, had a white skeleton devil thrusting a spear through a red heart. Some ships had red skeletons on their flags, some had pirates standing on skulls, hourglasses and skeletons, it was different depending on the crew. They were all pretty bada$$ though. 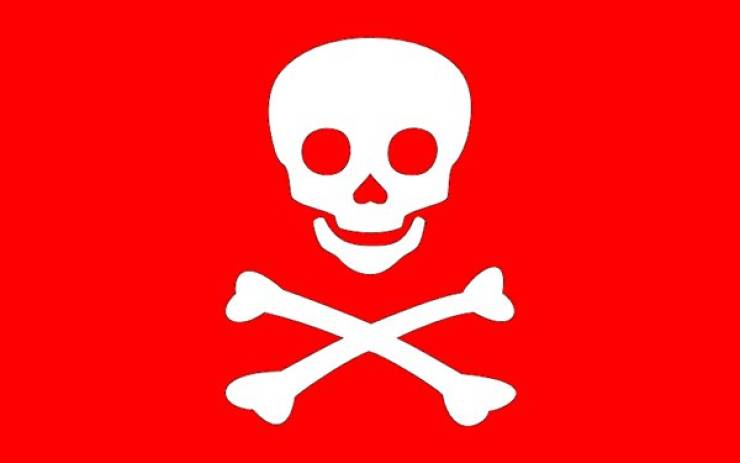 While all pirate flags were scary, there was one flag that pirates feared most- the red flag. A red flag flying on an approaching ship meant that they would show no mercy. Anyone and everyone on board will be killed if we get to you. The flag was known as ‘the bloody red’ and it often was enough for pirates say “nope” and jump ship.

Being marooned was a real thing 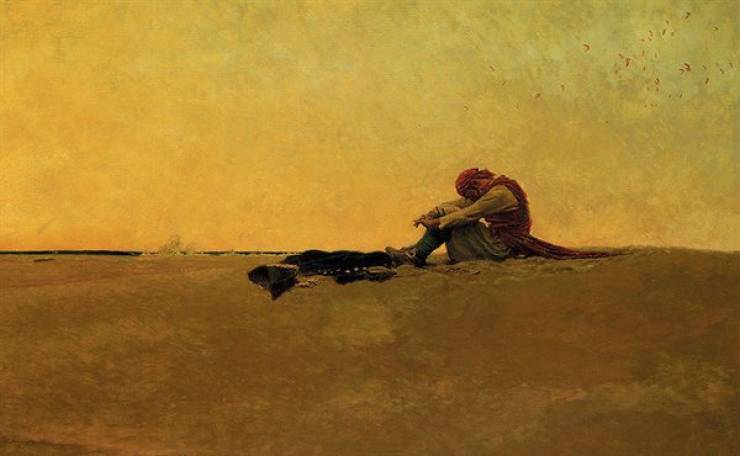 When a pirate screwed up bad enough, he would be marooned. What does that mean, exactly? Well, if they did something bad enough to be kicked off of the ship but not bad enough to be keelhauled, they would be left on an island with nothing but a pistol and some water. Some pirates would survive long enough to be found and rescued by other pirates, but it was a very rare occurrence.