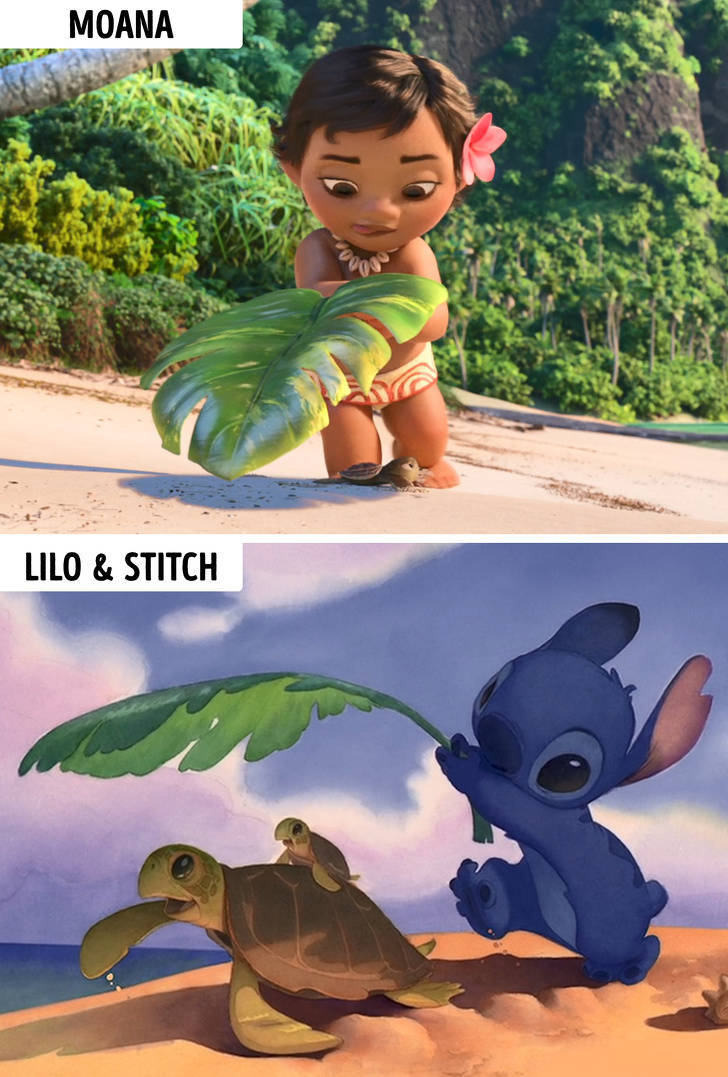 In Big Hero 6, there’s a picture of Hiro’s cat dressed as Stitch. 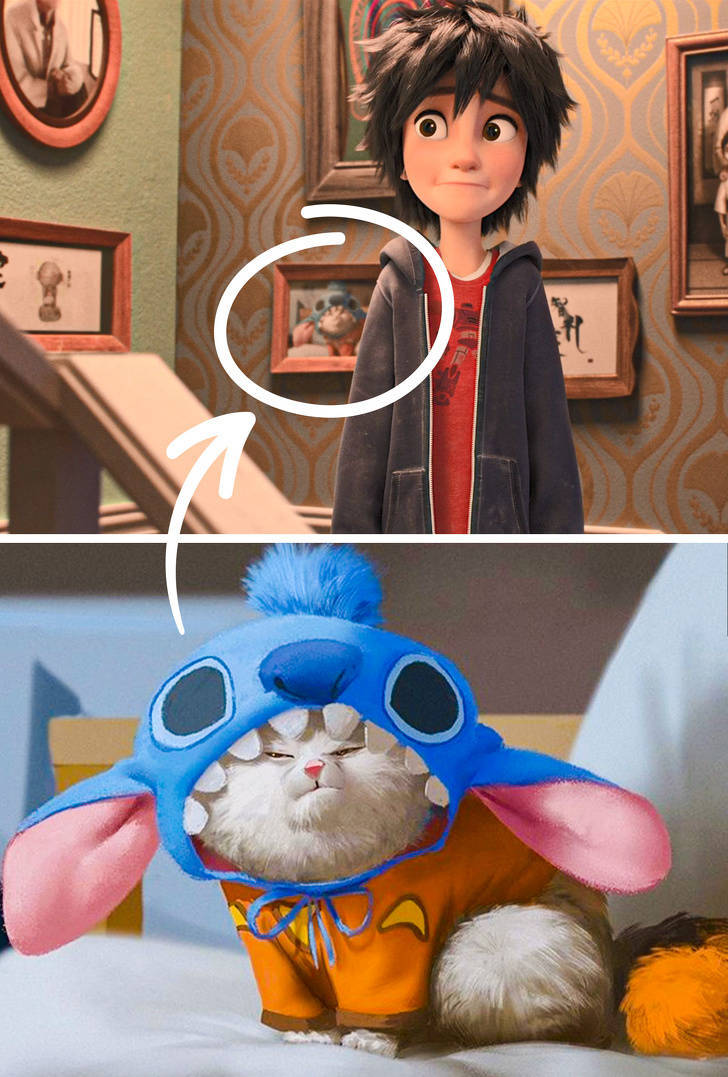 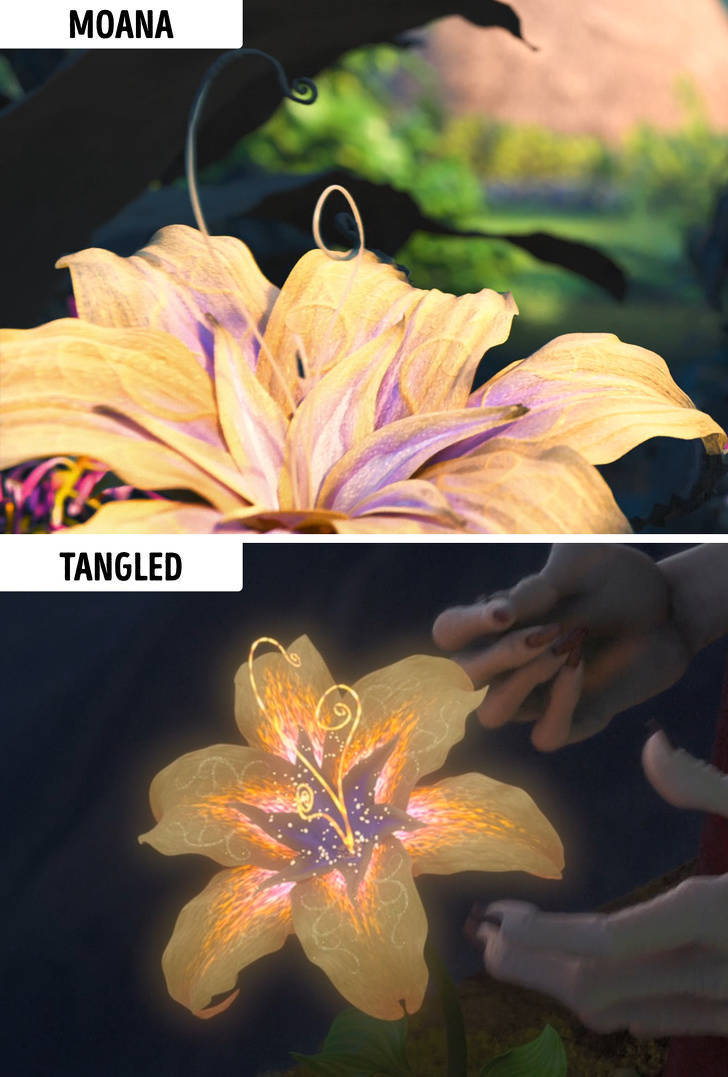 Aladdin and Maui throw an apple and a coconut in the exact same way.

In Big Hero 6, you can see the picture of Hans from Frozen in the police station as a wanted man. 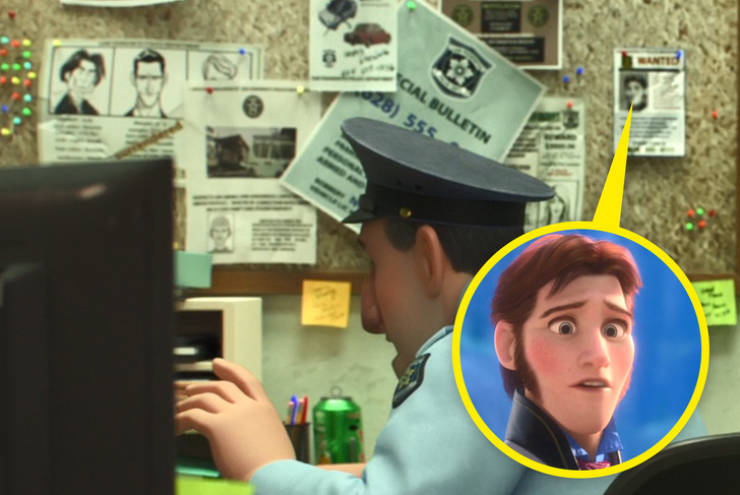 Later in Big Hero 6, Baymax destroys the statue of Hans. 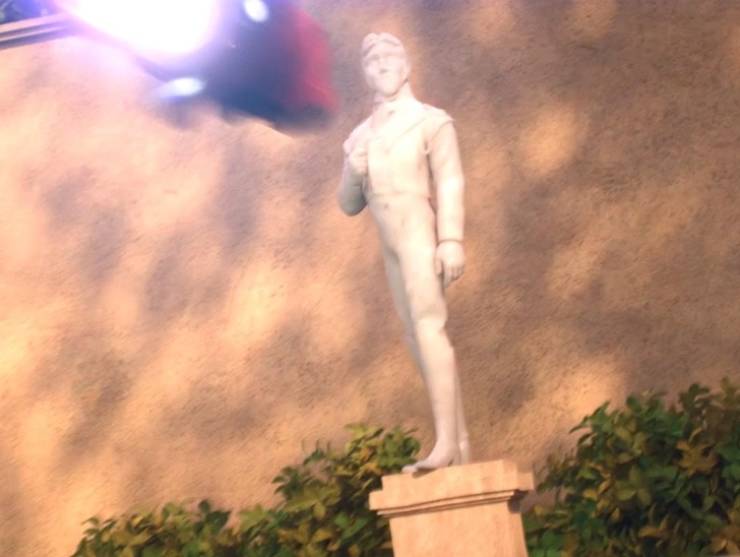 In Tangled, you can spot references to other Disney princess movies in Rapunzel’s bedroom. 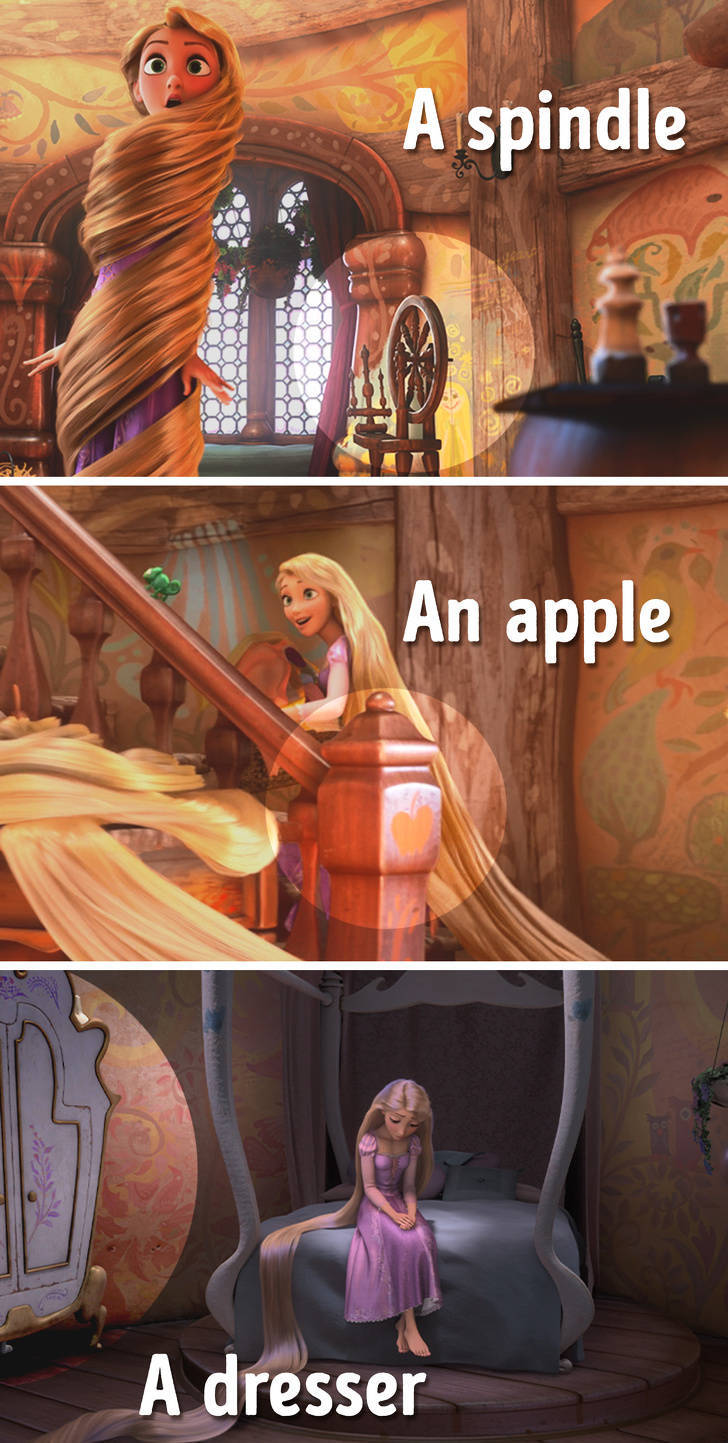 In Zootopia, Finnick dressed as an elephant is a reference to Dumbo. 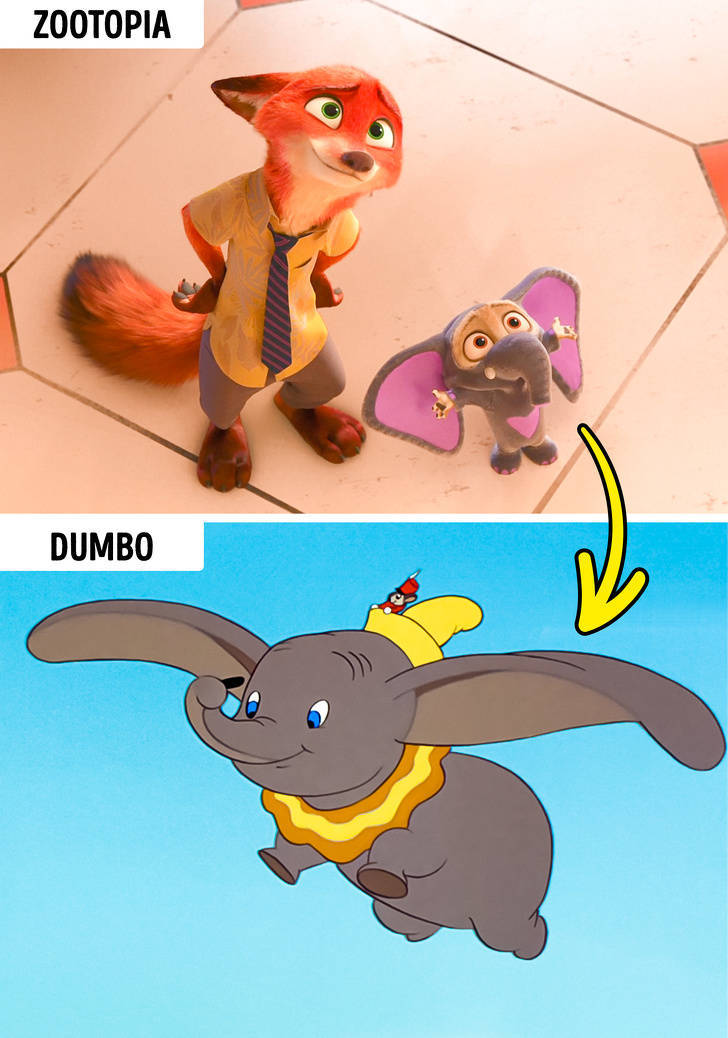 One of the Kakamora bears in Moana has the face of Baymax from Big Hero 6. 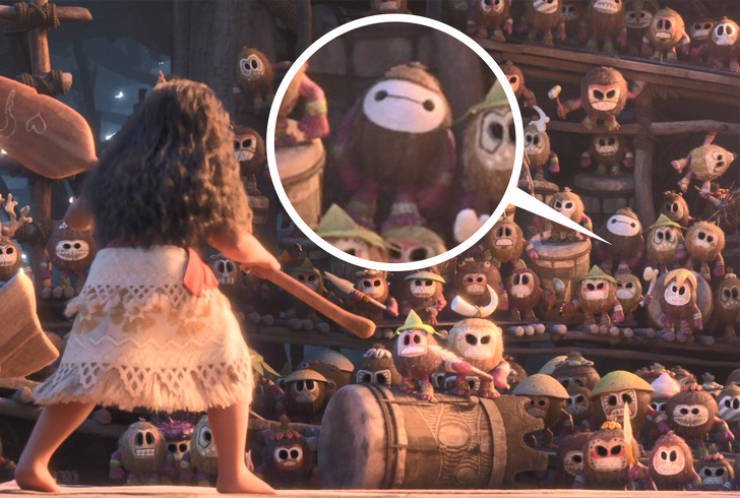 In The Hunchback of Notre Dame, one of the gargoyles is made to look like Pumba from The Lion King. 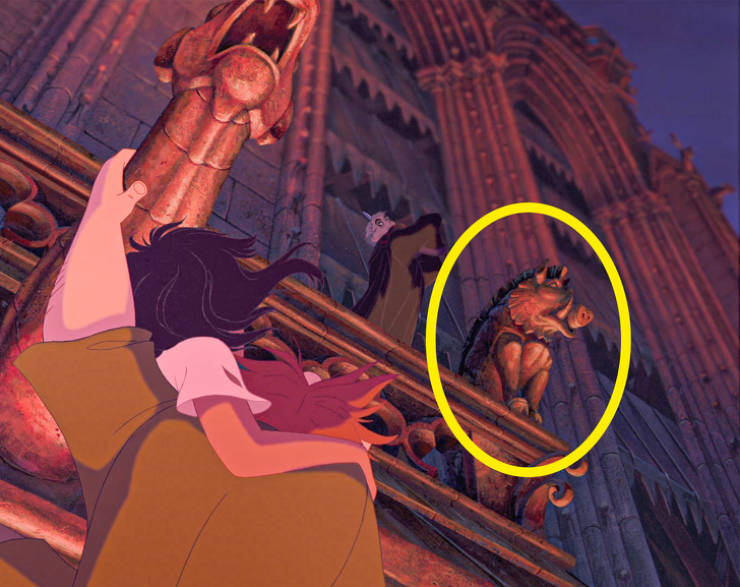 In Frozen II, Anna and Elsa play with Baymax, Dumbo, and Bolt. 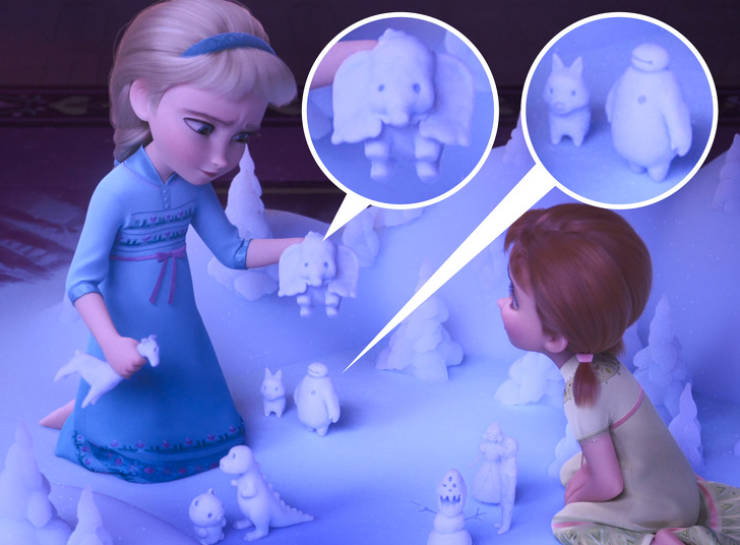 In Toy Story 4, when Bo Peep’s sheep bring her various items, one of them is the grape soda cap from Up that Ellie pinned onto Carl’s shirt. 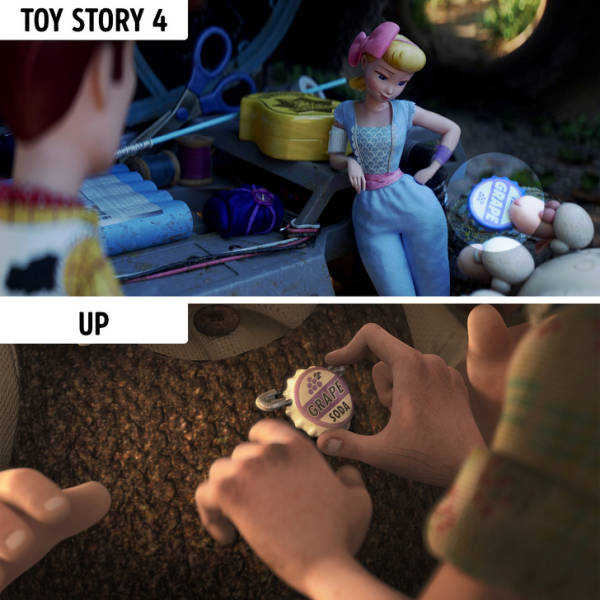 Aladdin’s magic carpet has a “twin” in Moana. 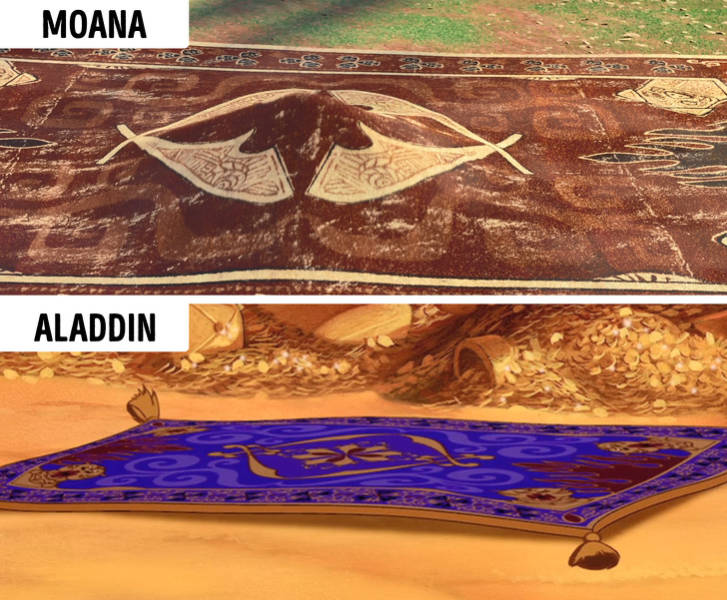 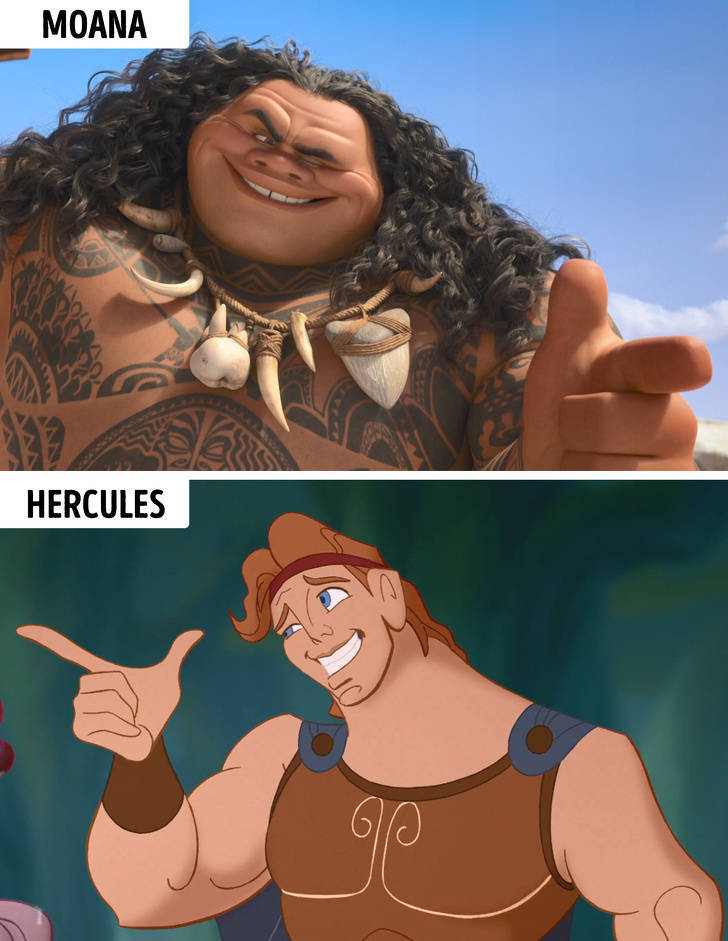 Squirt and Crush from Finding Nemo appear in Moana. 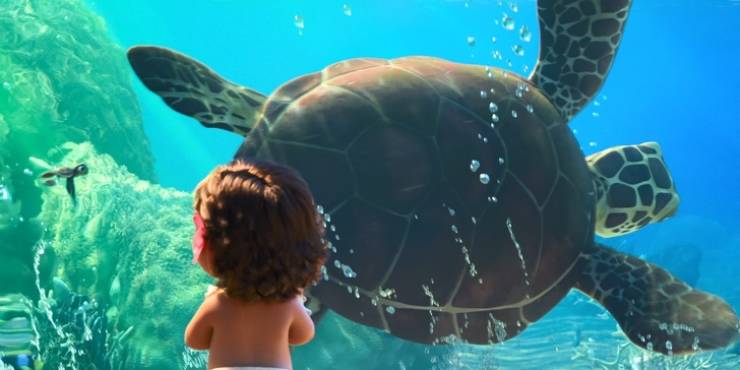 In Cars 2, there’s a tapestry with cars like the one that was in Brave. 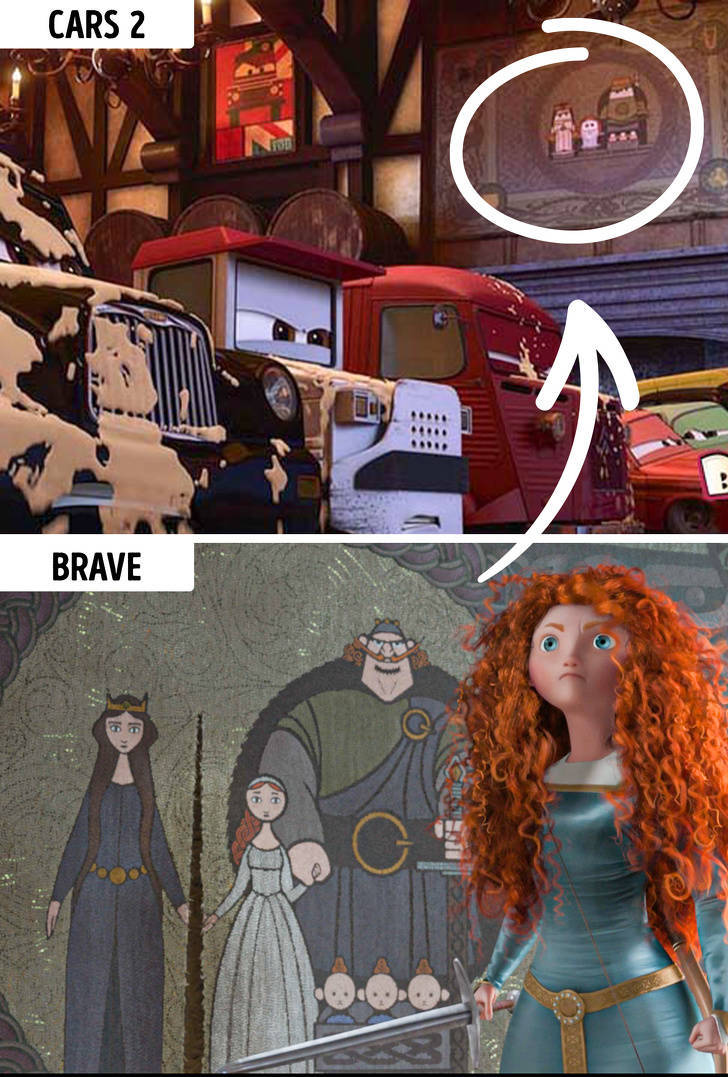 In Ralph Breaks the Internet, the woman on the “sassy housewife” ad is Aunt Cass from Big Hero 6. 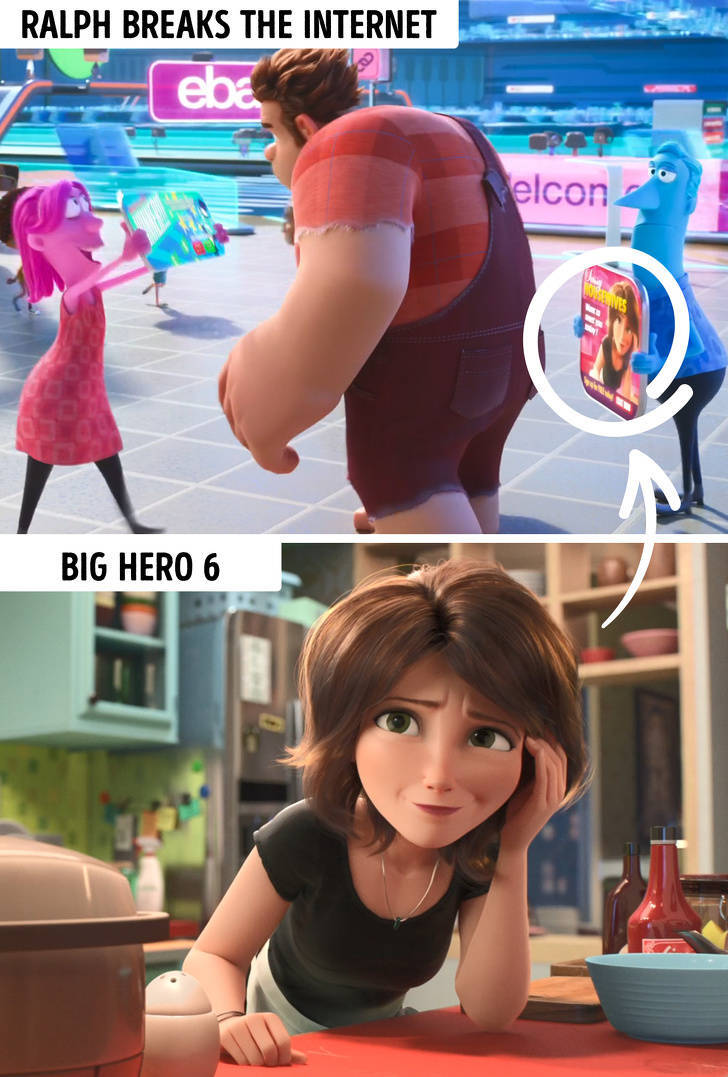 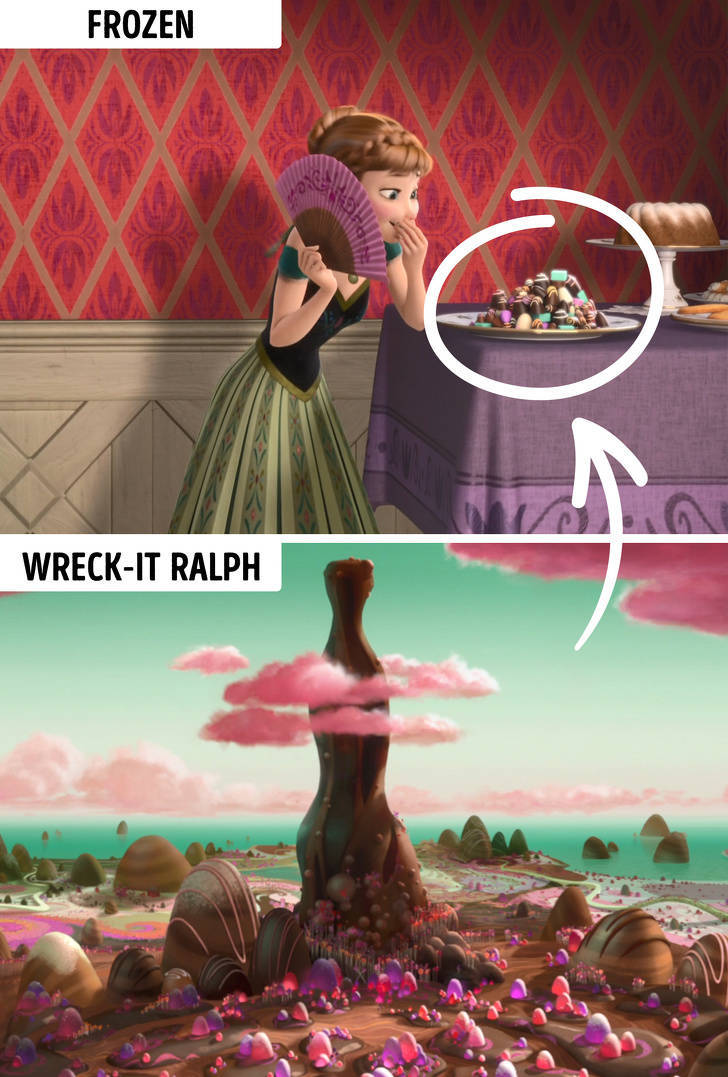 In Incredibles 2, the colored emblems on the pilot’s uniform are abstract representations of every single Pixar film. 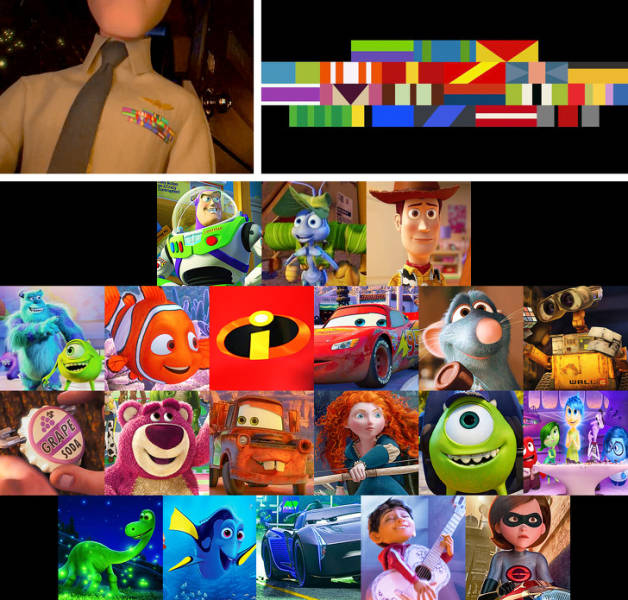 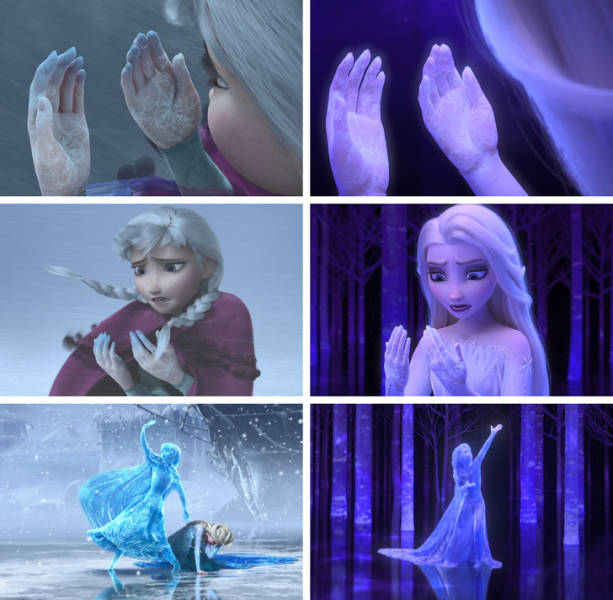