This DIY Playground Is ONLY For Dinosaurs! (20 pics + 1 video) 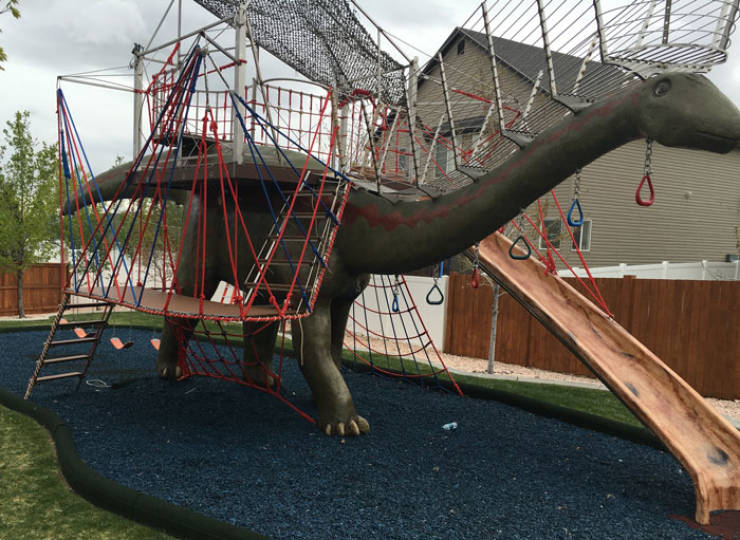 On May 6th, Cosman shared a step-by-step guide of how he built a playground for the kids. However, instead of taking the traditional route of building a boring jungle gym with a boring hut, a boring slide, and a boring set of boring swings, he (with the help of his brother) went all out in designing and building an entire dinosaur-themed playground. Check out the entire course of the project below.

“I really did this and shared it for fun. I fabricate for a living because it’s my passion—I make fun things for me because no one will pay me to build these crazy things. I do  have a history in aerospace engineering, so that played a big role here,” explained the Imgurian.

A variety of materials went into building the dinosaur, including structural steel and wood, foam, chicken wire, carbon integrated into the fiberglass and epoxy, kevlar, various paints, and ceramic fillers, as well as a number of many other components, whether functional, structural, or aesthetic. Fun fact: 24,000 pounds of concrete was used for the footing so that the dinosaur doesn’t tip over. 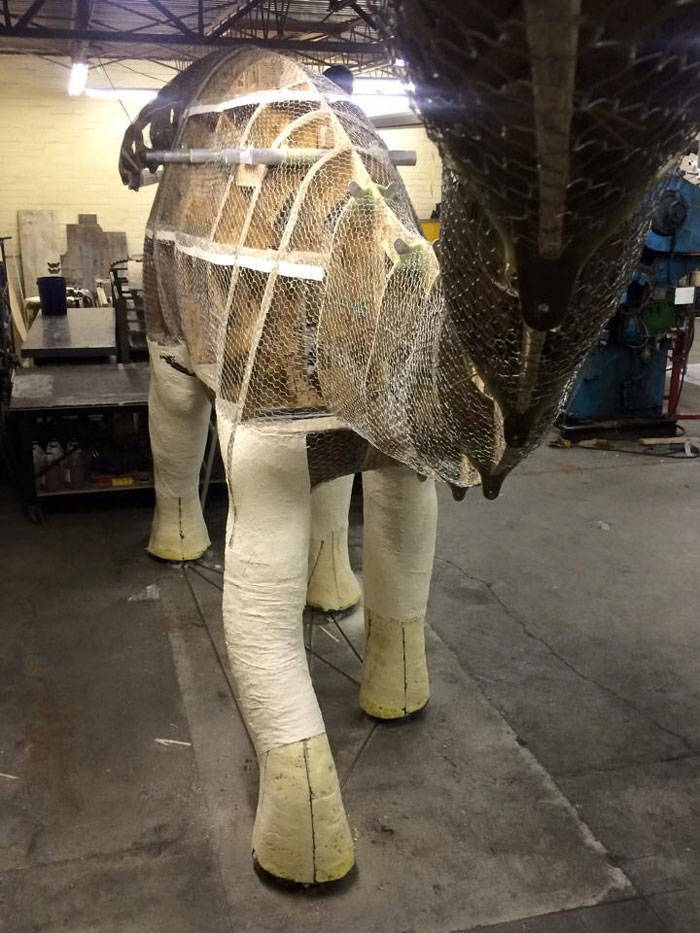 “My bro, he was the largest chunk of help getting this done”

The body itself is reminiscent of an Apatosaurus, a herbivorous dinosaur of the late Jurassic period, and is equipped with all manner of kiddy goodness: swings on the tail, rock climbing handles on one side, rope and monkey bar handles on the other side, a crow’s nest on the neck and head with a slide to the side, and safety ropes all around with rubber chips for fall protection.

The dinosaur itself is said to measure 48 feet (14.3 meters) in length, but no measures for height are provided. Judging from the scale of things, it may reach a height of 10 to 12 feet (3.0–3.6 meters). In any case, the dinosaur was so huge that he needed to rent a crane to transport it from his workshop to his backyard.

Cosman elaborated on this: “This wound up 48 feet long and weighs about 3,500 lbs, all in without the footing. Yes, much steel, aluminum, and composite leftovers bought in classifieds, left over from projects, and eBay. Some I did have to buy. If someone was motivated, you could do it like I did, but you’d have to be very patient in the waiting and seeking out the right deals. This took years for me. $10,000 is the low end on this, but before anyone thinks that’s extreme, I know many folks whose car, boat or motorcycle habits are way more expensive. This is my hobby as it were.” 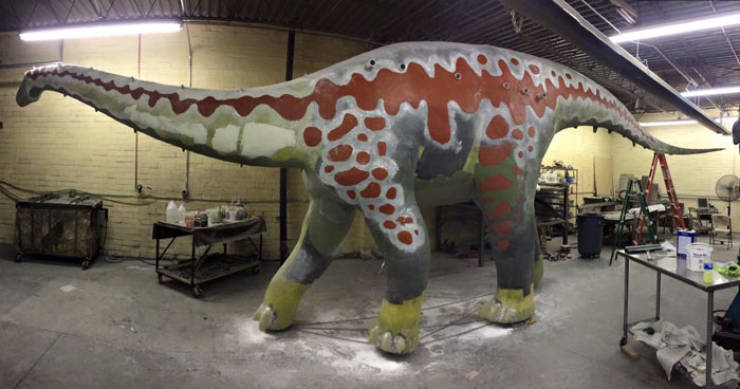 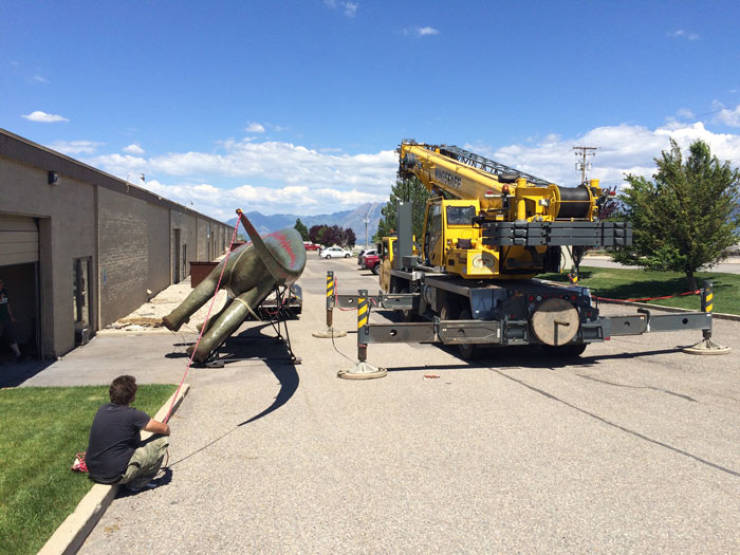 “24k lbs of footing. Don’t want it wandering off” 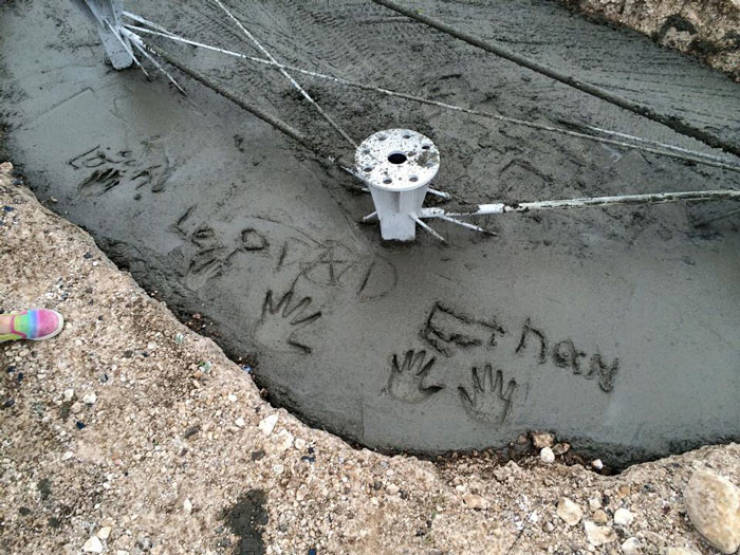 “Beginning the upper structure. These tubes go through the body in tubing incorporated into the structure” 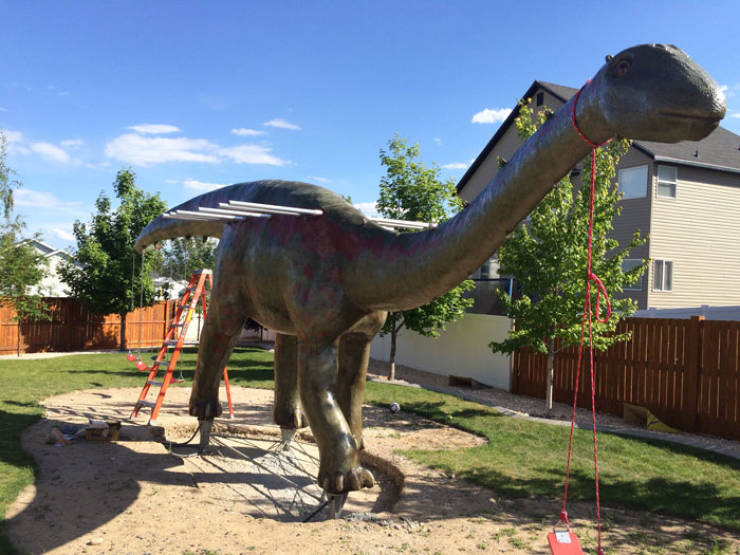 According to what he said in his Imgur post, he did this for fun—it was not a paying project. A lot of planning and scrap hoarding (a decade worth of it, in fact) went into this project, which he knew he’d build one day.

“As a teenager, interacting at a local dinosaur park and doing some work there showed me kids love playing on these kinds of things. I knew back then that this was something I wanted to build for my kids. Mostly because I knew I would have loved it,” explained Cosman the inspiration behind the project.

Believe it or not, it’s not just the kids who love it. Apart from the myriad of people online wanting to become his kids and have a go at the dinosaur playground, many began nominating him for dad of the year and joking how the homeowner’s association didn’t have anything to say about it (long story short, he didn’t need a permit.) All in all, he raised the bar to cosmological levels for dads everywhere, especially in his neighborhood. 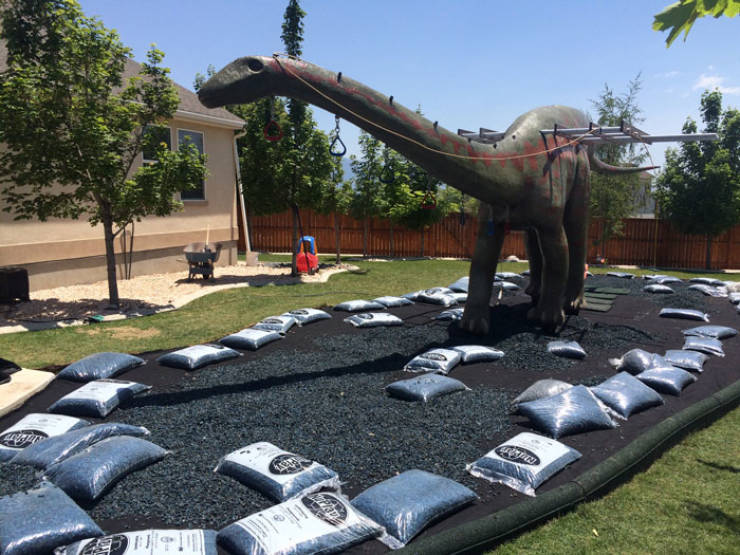 “This is the “crows nest” the upper structure is all stainless” 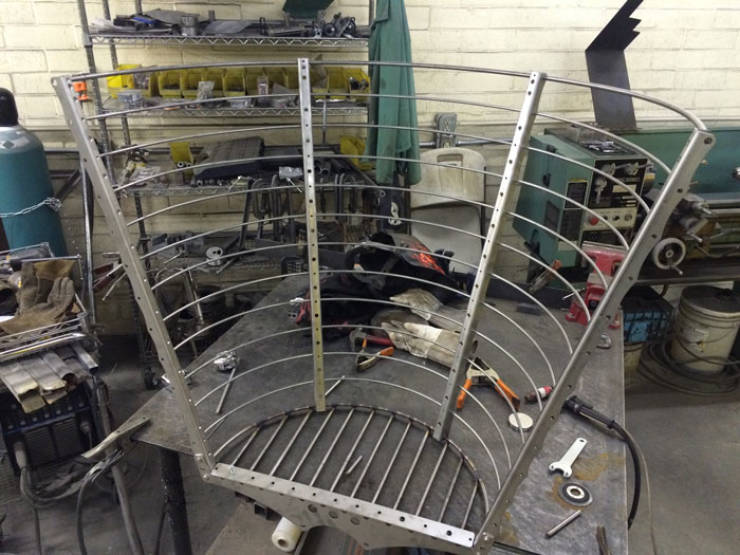 “Learned lots of food weaving for this” 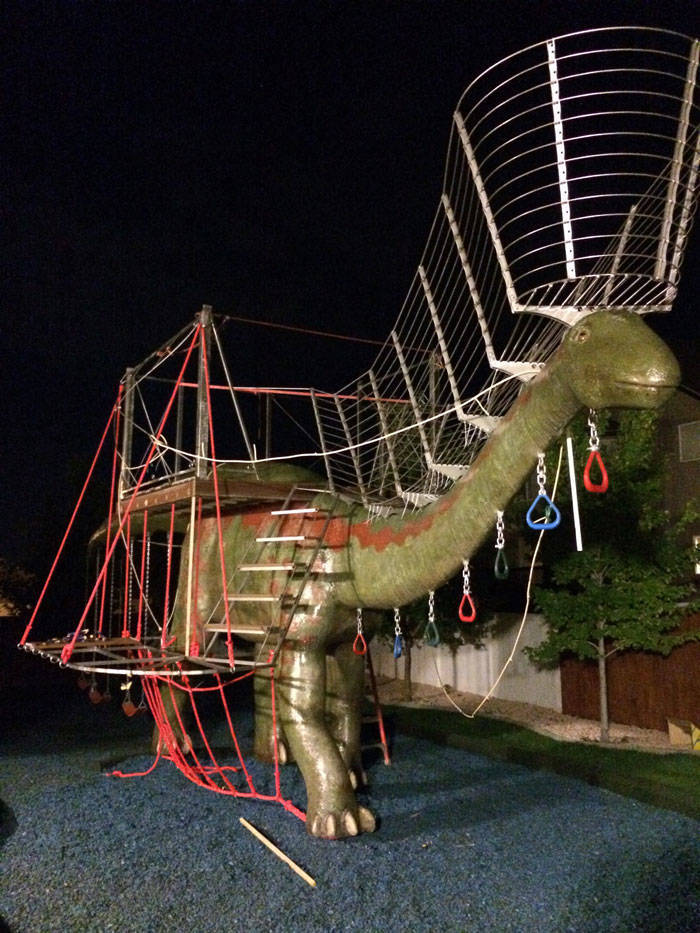 However, as many projects do, this one also came with its own challenges, as explained the hobbyist: “The challenges aside from raw materials was, first of all, the space. I had to wait for the right window at our fab shop. Getting a gap in projects that allowed the space to the side. Then, once started, getting that done ASAP to get it out of the way. That was just the main dino—the rest was finished onsite at my home. All of the top structure and rope and add-ons. It takes time and dedication to the details.”

And this ain’t the end of it as explained Cosman. He said that he is right now working on a fun piece of robotics for the house. He continues to find fun projects to to for the kids, with most of them being much smaller than a dinosaur.

“Gotta have a slide. Fat [guy] for standard scale” 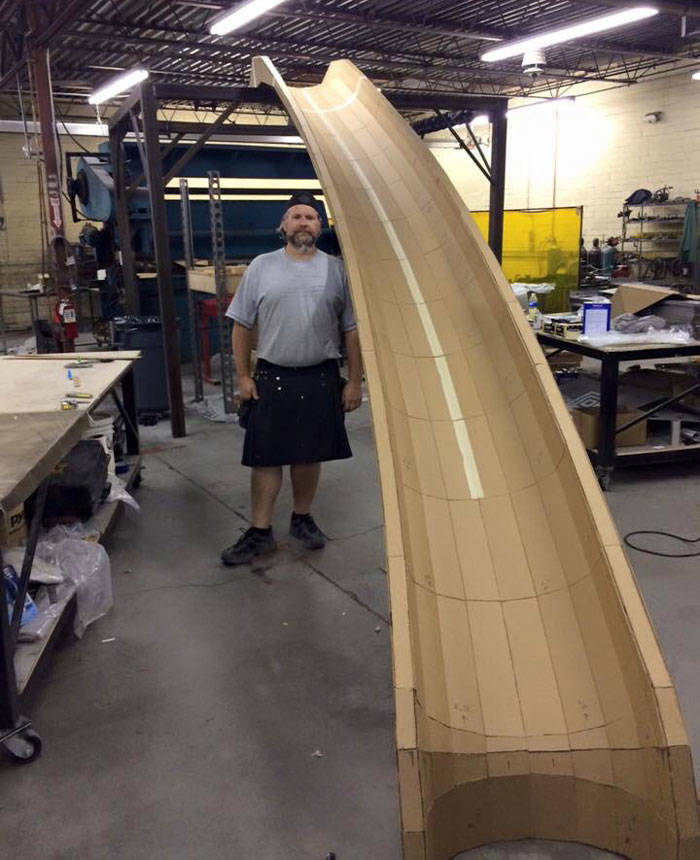 “Final paint finish on the slide” 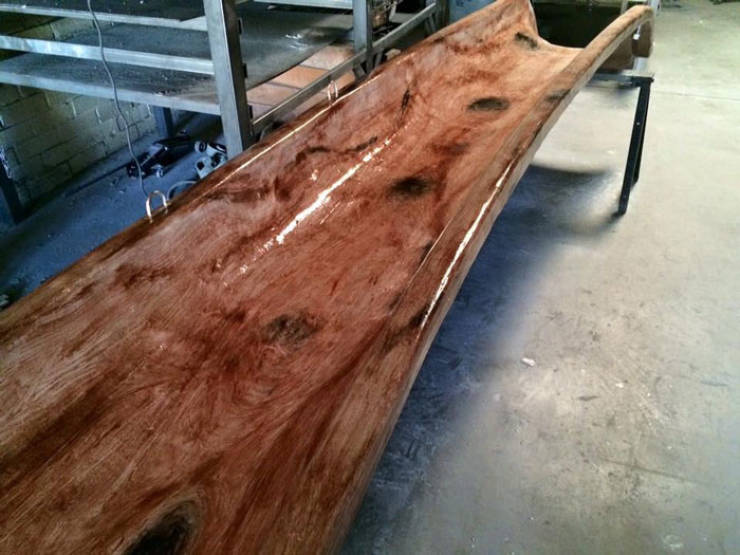 So, if you’re lacking the inspiration, diligence or just sheer desire to take on big projects, Cosman has some advice for you: “I know a lot of DIY folks look at these things and balk. It’s too big, too expensive or impossible for them. I try to motivate people to focus on what they can do, not what they can’t. Then press themselves to just be willing to learn a new skill because they want the outcome—like eating an elephant, these projects are one bite at a time. Just keep pressing forward. Visualize the outcome, but focus on the thing right in front of you. When you make a mistake, fix it or roll with it. Don’t get lost on it.”

He continued: “Also, projects like this aren’t a solo endeavor. My brother and sister, who are both more artistically inclined, helped a bunch. My bro in particular. My girlfriend helped too. We also had all our kids help as well so that they could feel a part of it.”

“Getting close to done” 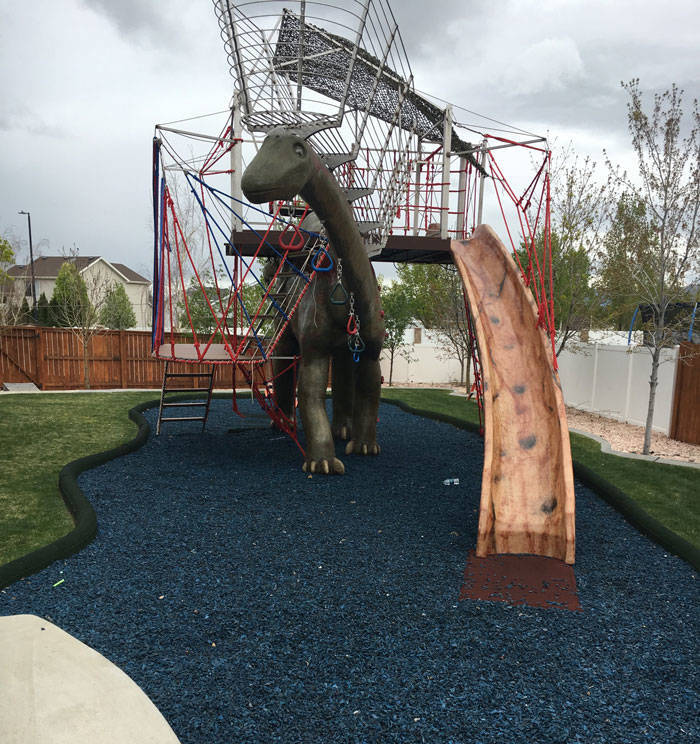 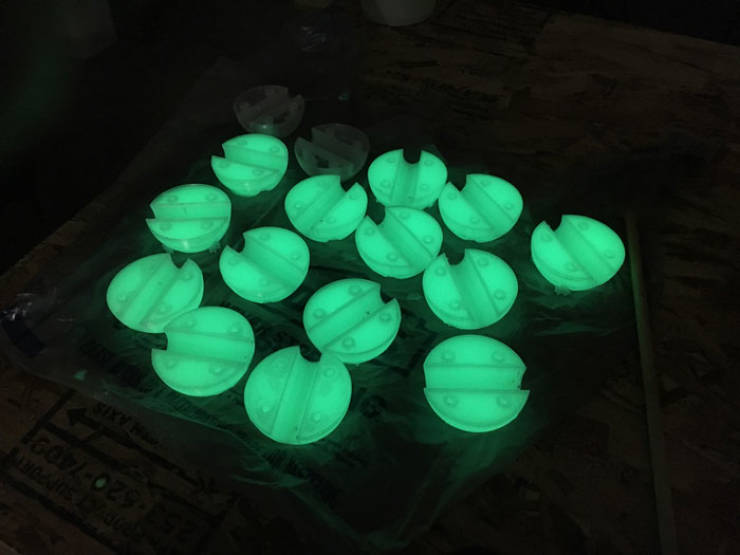 “Climbing web on the back. Center is a stainless rod grounding the upper structure” 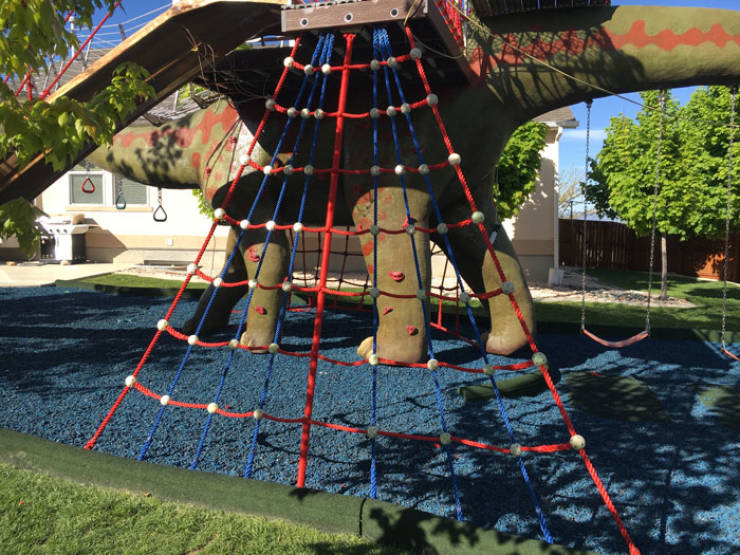 “More rope and monkey bar handles from the neck” 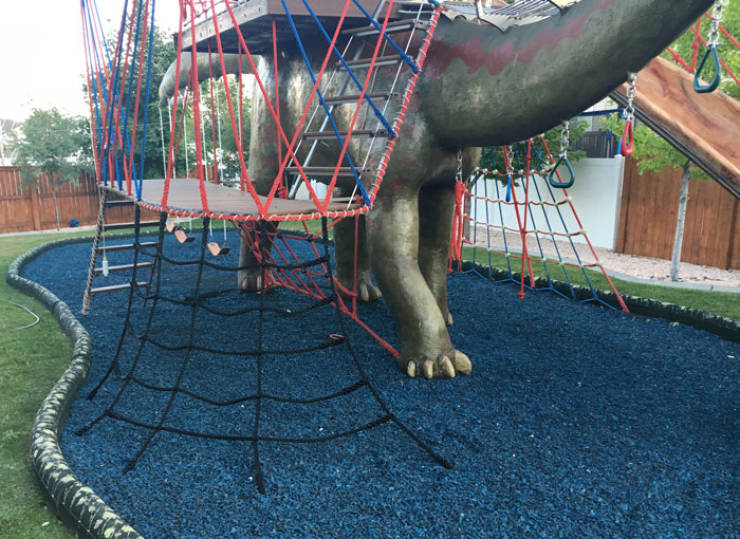 “Add rock climbing handles. Kids love to climb. These are attached with stainless screws and epoxy” 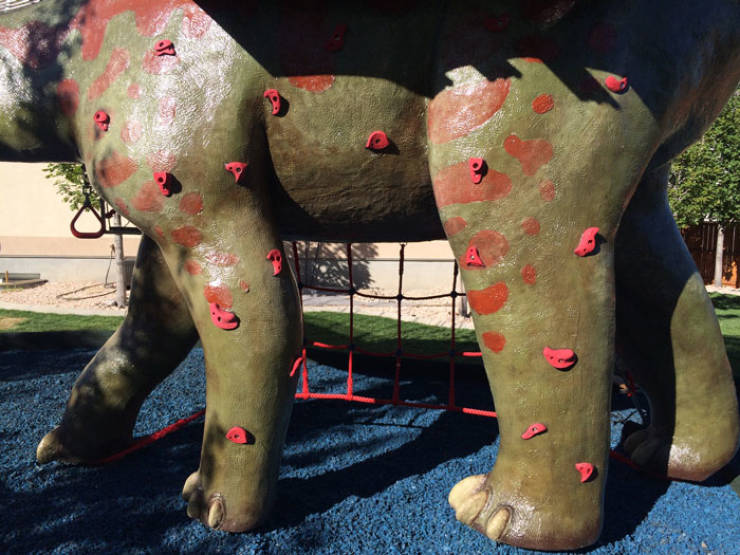 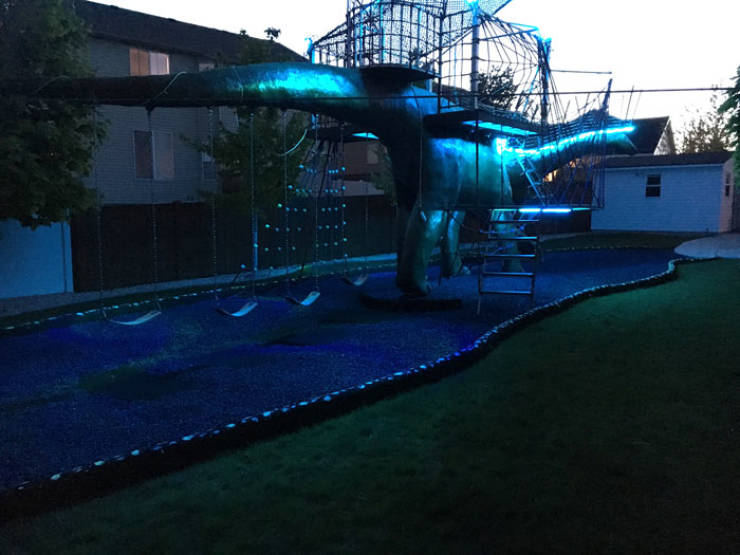 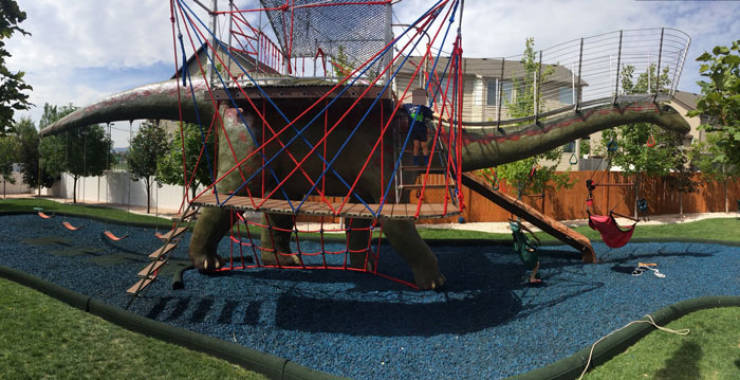