Happy Couples Show Their “Then And Now” Photos (22 pics) 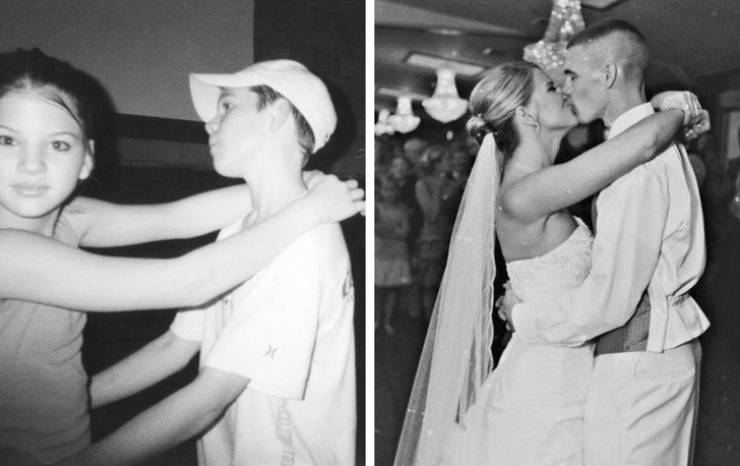 “My grandparents, then and now”
2 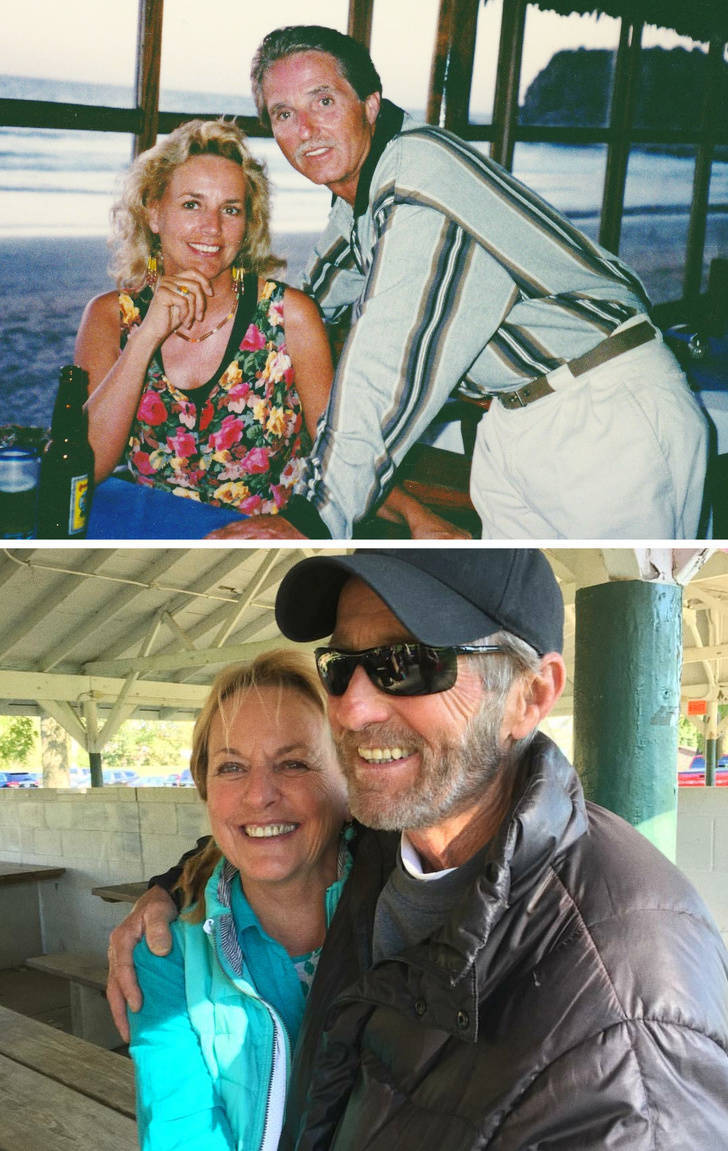 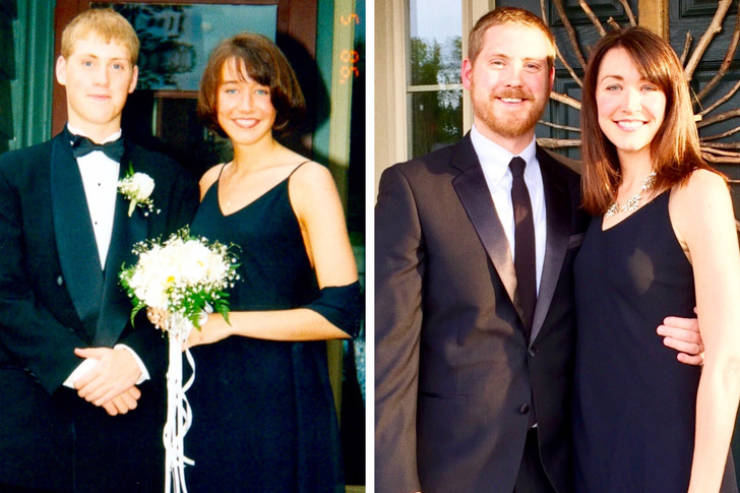 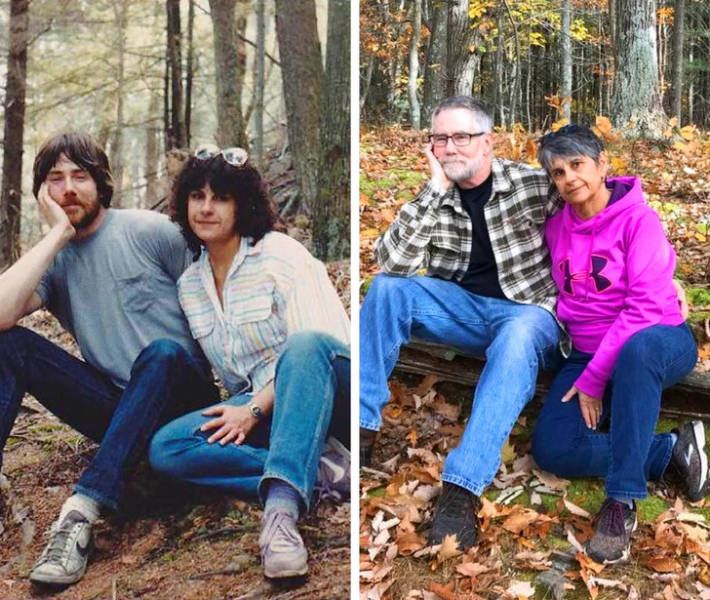 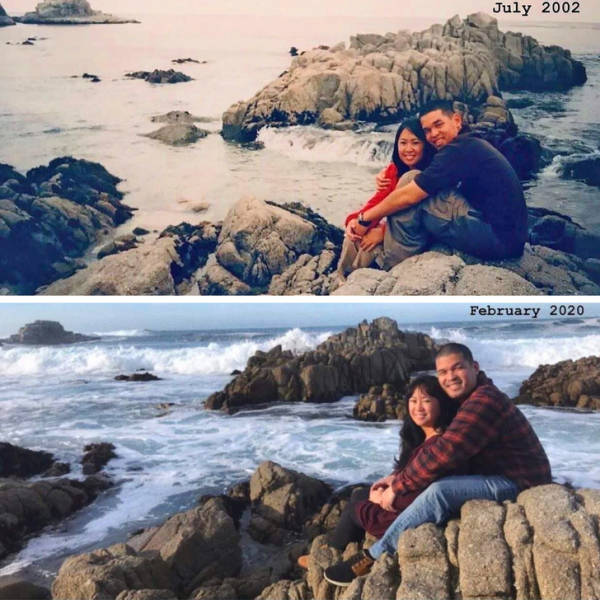 “I convinced my parents to reenact their wedding photo 45 years later, including the same dress”
6 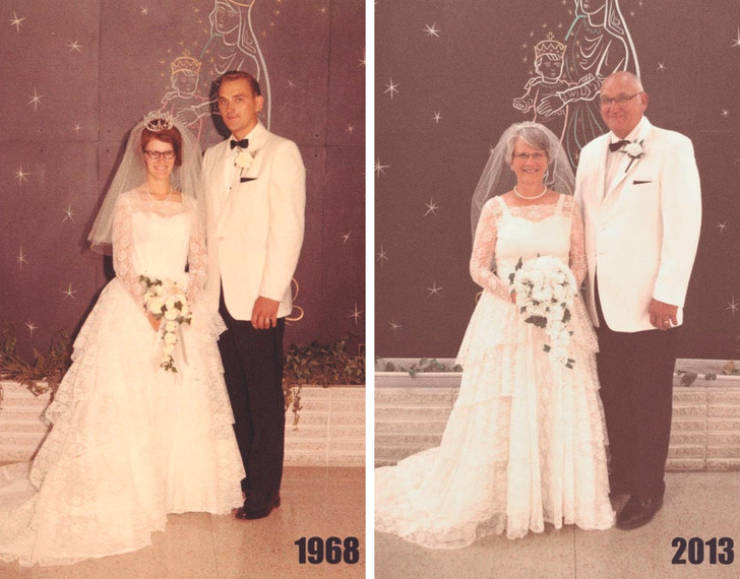 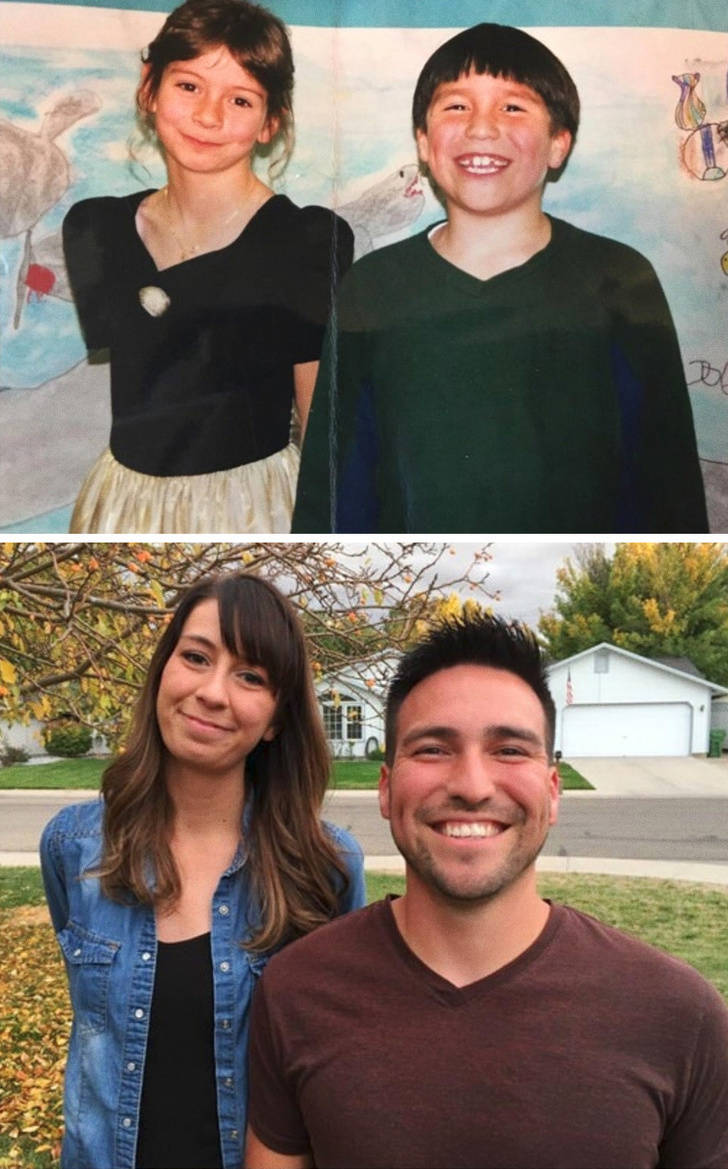 “I was 10, she was 11. We dated for 9 months. After we broke up, we stayed best friends. Then, almost 13 years later, we admitted that we were both still head over heels for one another and that our love had never faded.”
8 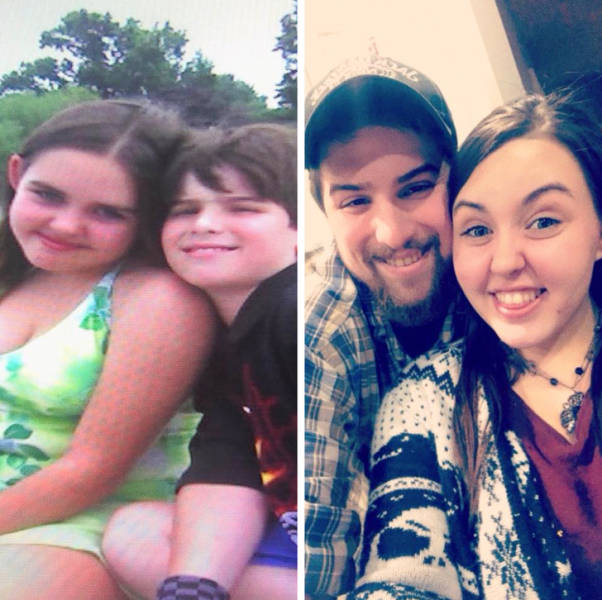 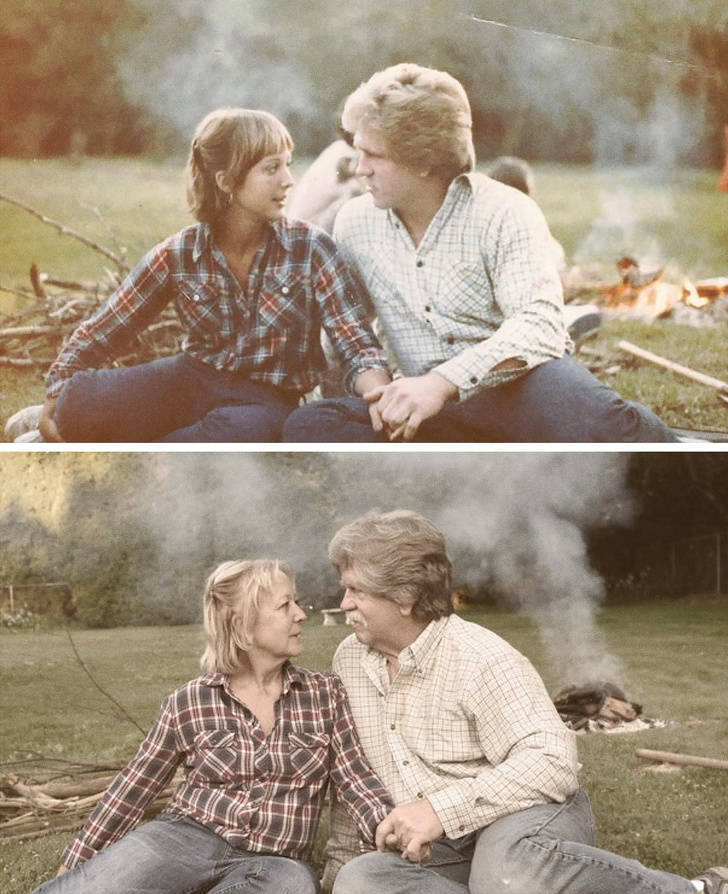 “My parents are celebrating 37 years together today.”
10 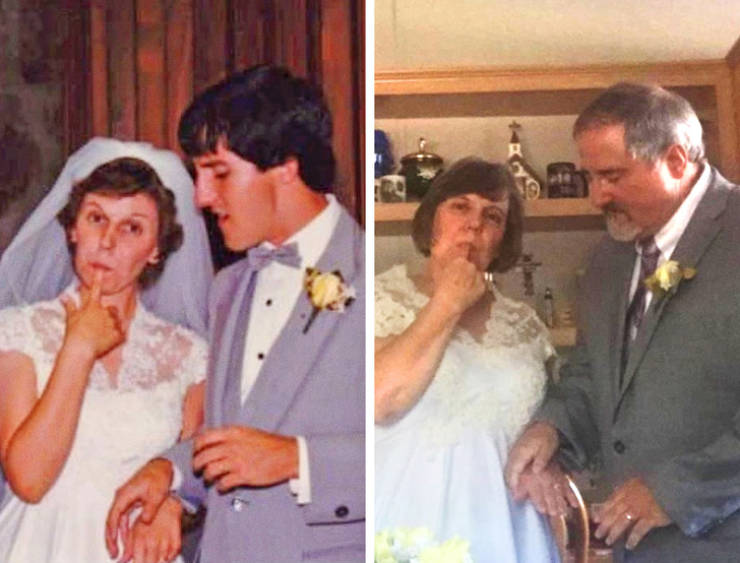 “My grandparents, 50 something years apart”
11 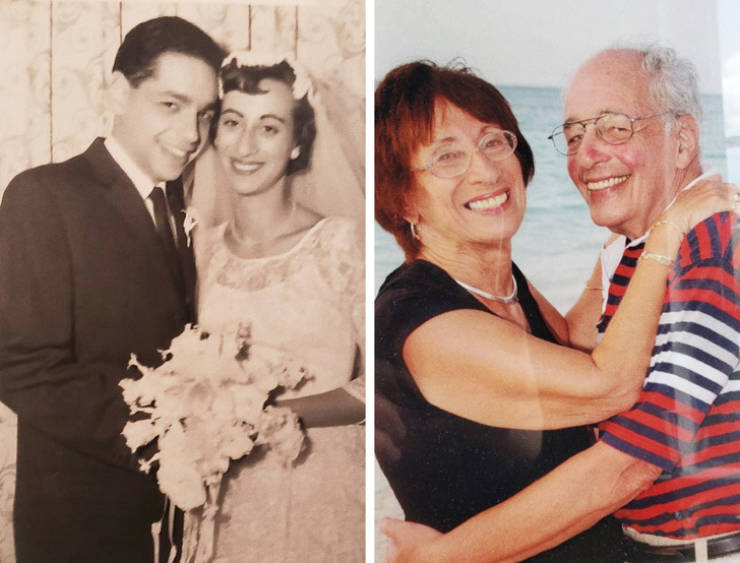 “My wife and I recreating our picture atop the Seattle Space Needle, 25 years apart”
12 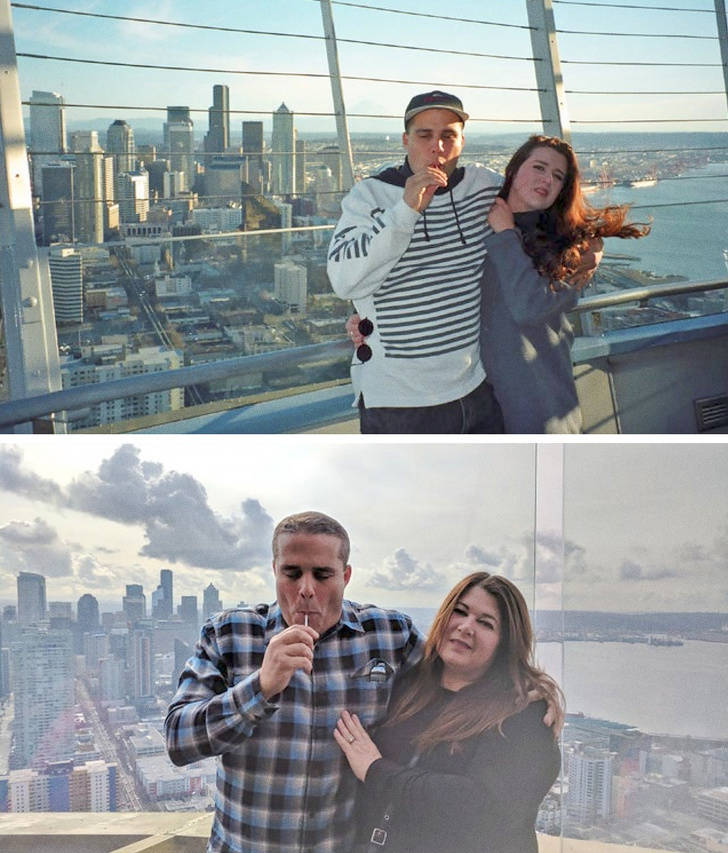 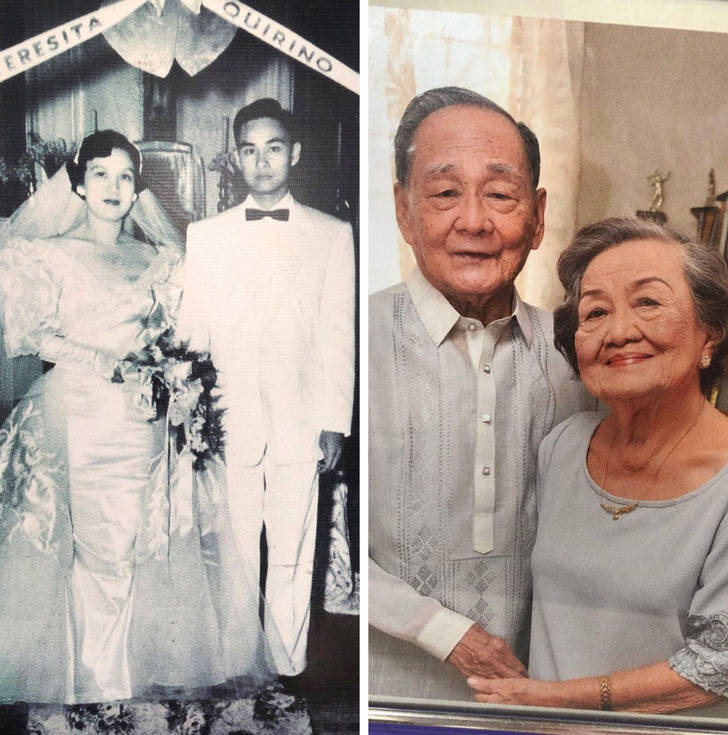 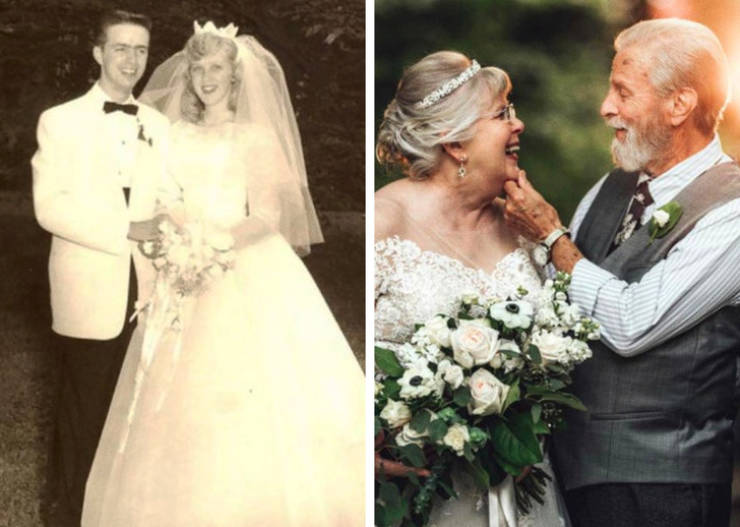 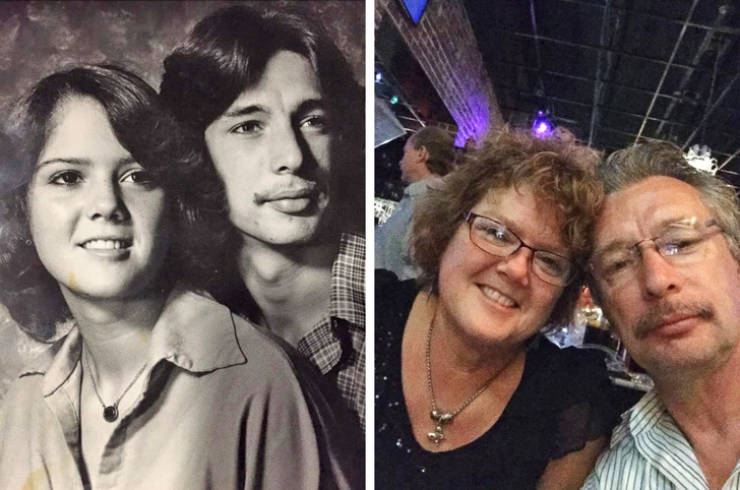 “My husband and I. Kindergarten class picture to a much improved look!”
18 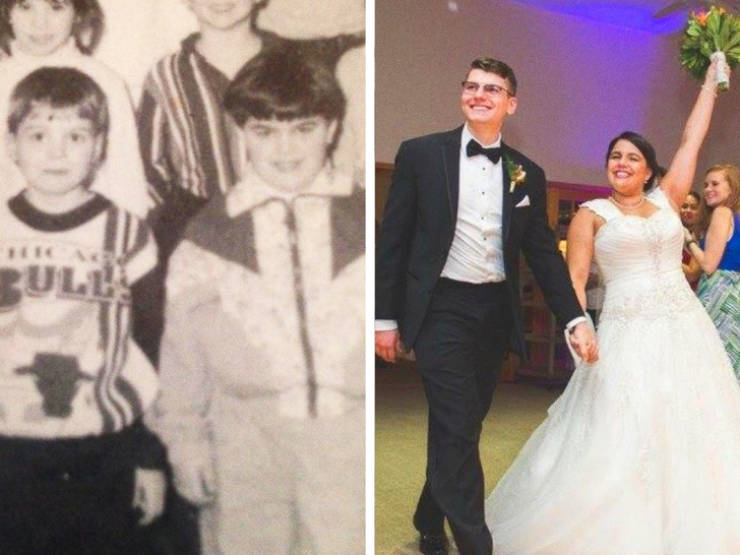 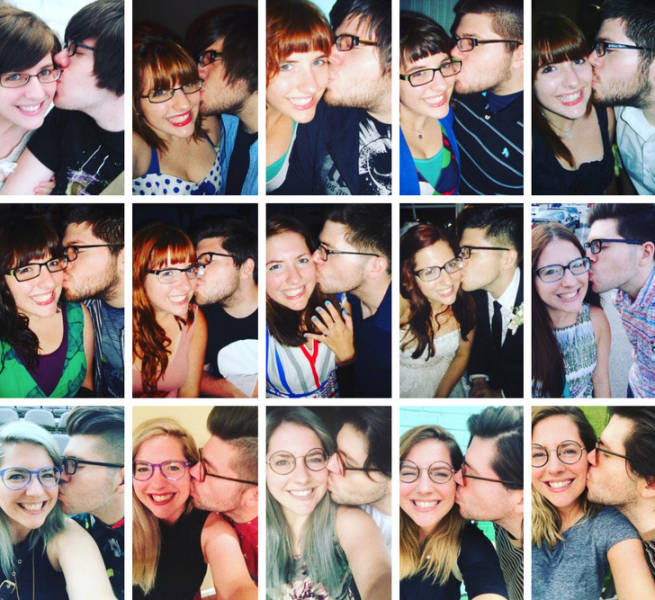 “My parents are adorable, even after 37 years of marriage.”
20 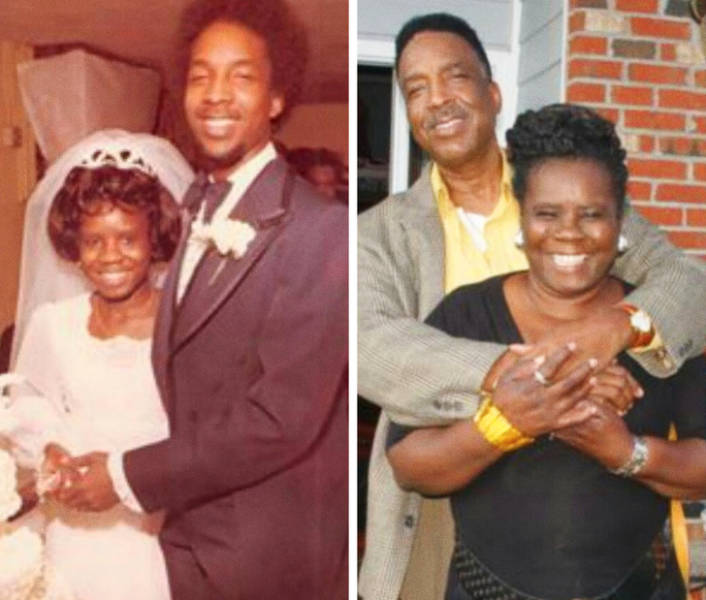