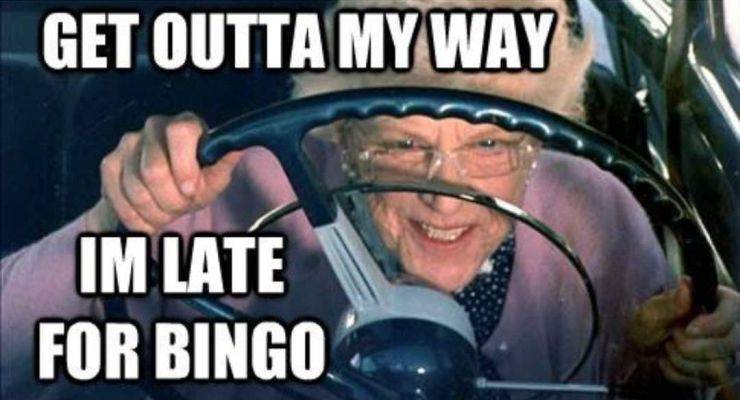 The United Kingdom is known for many things, with terrible weather and a great sense of humour just two examples. Indeed, the nation is also known as the spiritual home of bingo, a game invented in the United States but one that truly came into its own across the Atlantic.

In this article, we will take a look at some funny online bingo names and calls, whilst also diving into their origins and significance.

So, without further ado, let’s take a look at our selection of funny online bingo names and calls.

Many years ago, in the East End of London, locals began to use a kind of secret code to communicate with each other in order to prevent the police from picking up on the illegal activity that often took place. Life was hard in the area and so local smugglers and gangs had to do all they could to survive.

Nowadays, cockney rhyming slang - as it is known - is most prevalent in the UK bingo scene. The best bingo sites will all feature classic calls such as Garden Gate (8), Dancing Queen (17), or Danny La Rue (52).


Bingo calls originating in the shape of a number

Another common way for bingo sites and brick and mortar bingo halls to refer to a number is through its shape when written down. From Legs Eleven (11) to Two Little Ducks (22), there are many funny and unique bingo site calls out there.

Our favourites include Two Fat Ladies (88) and Either Way Up (69), but the all-time best funny bingo site name or call has to go to Droopy Drawers (44)!

If there is one thing that Brits are known for it is their history, that’s why bingo sites in the country often hark back to old times in their calls and names.

One of the most interesting of all historical calls, that the best bingo sites would always include, is that of Doctor’s Orders (9). This call originates in WWII when doctors would give soldiers undiagnosed with a particular ailment the ‘number 9’ pill, which was a potent laxative designed to purge the system!

Another interesting bingo site call originating in historical fact is that of Was She Worth It? (56). Although it might sound strange to the uninitiated, this number actually signifies the cost of a marriage license in England during the 1950s, which was five shillings and sixpence. A fun side act to the main bingo site event is when players shout back “every penny!” to the caller when he or she calls the number and asks the now-famous question.

With online bingo sites now more popular than ever, many players will hope that the magic of funny online bingo names and calls continues into the digital age.