Dads Are So Incredibly Unique! (20 pics)

“My dad hasn’t painted in over 30 years. Now that he’s retired, he decided to pick up a brush again.” 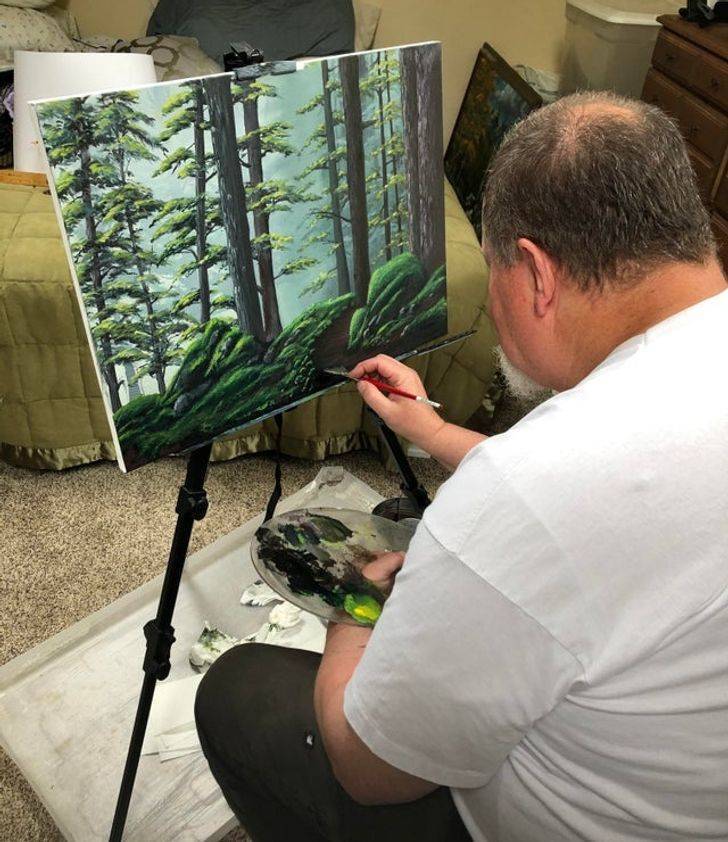 “The photographer caught me and my dad trying to hide from having to take more pictures for my sister’s wedding.” 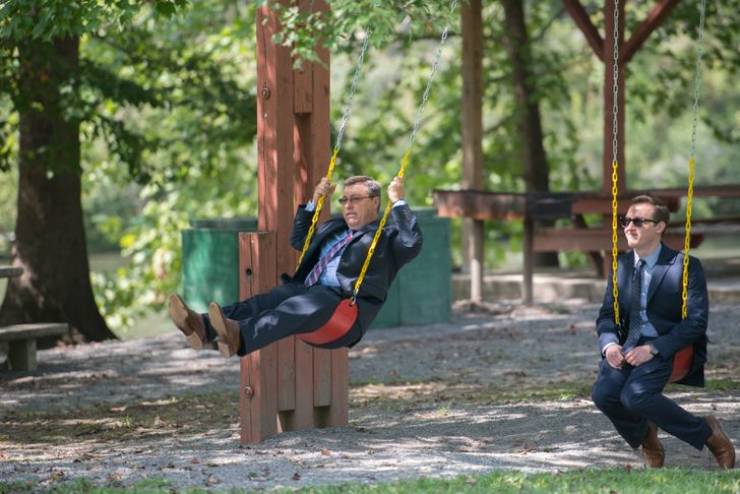 “This is the cake my dad made me for my birthday.” 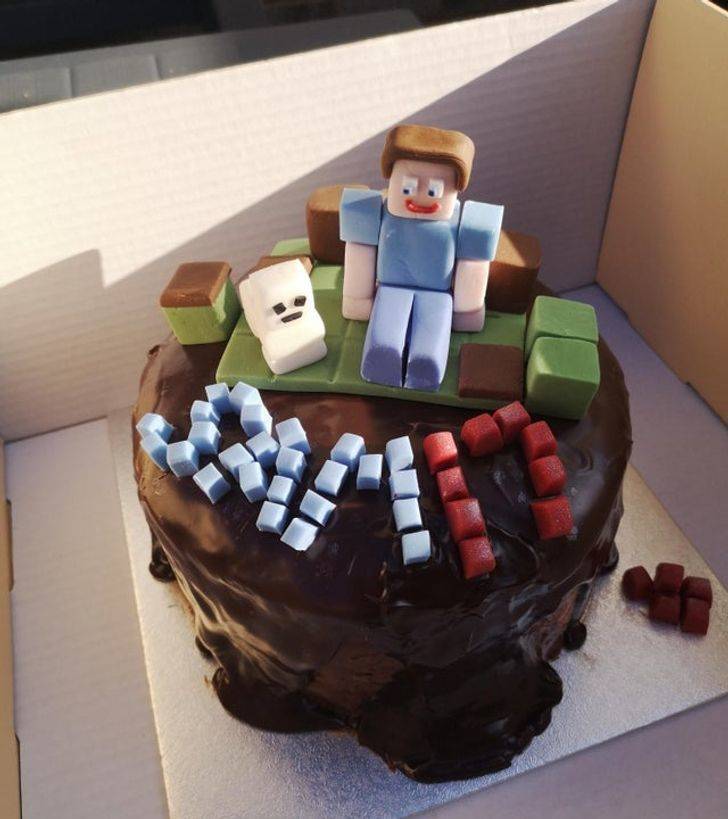 “So the other day my dad called me and told me his golden retriever found a baby squirrel that was half alive in the yard. He rescued it and fed it. This is them a few days later. Now It won’t leave his side.” 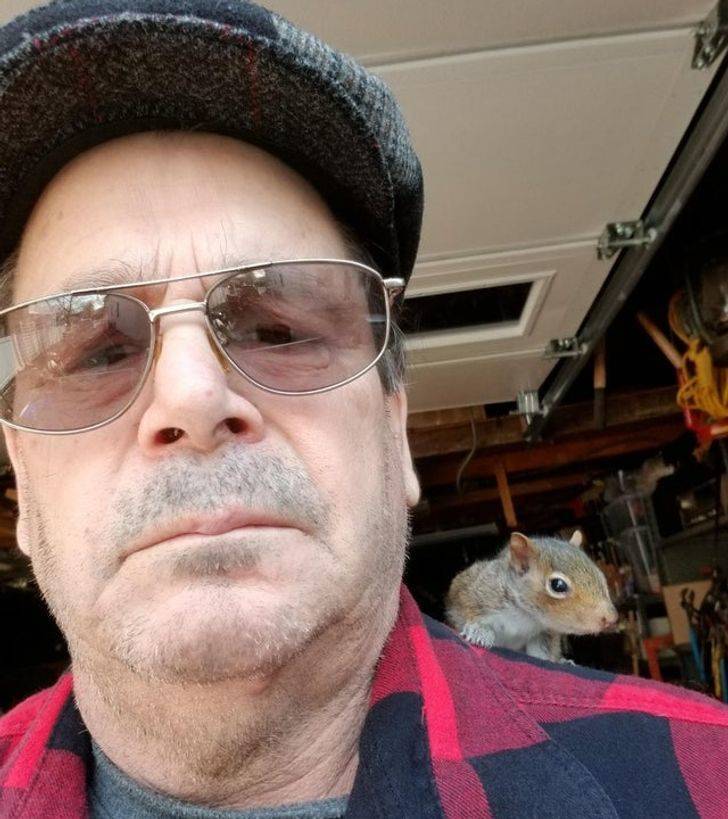 “My mom came home after 8 weeks stuck in India. Here’s my dad, the least romantic man in the world, waiting.” 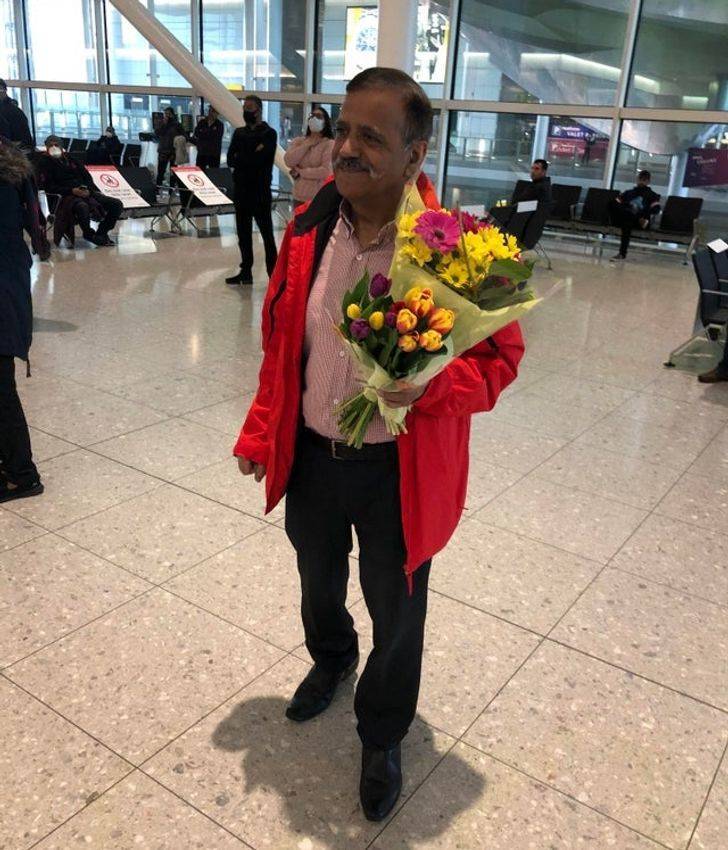 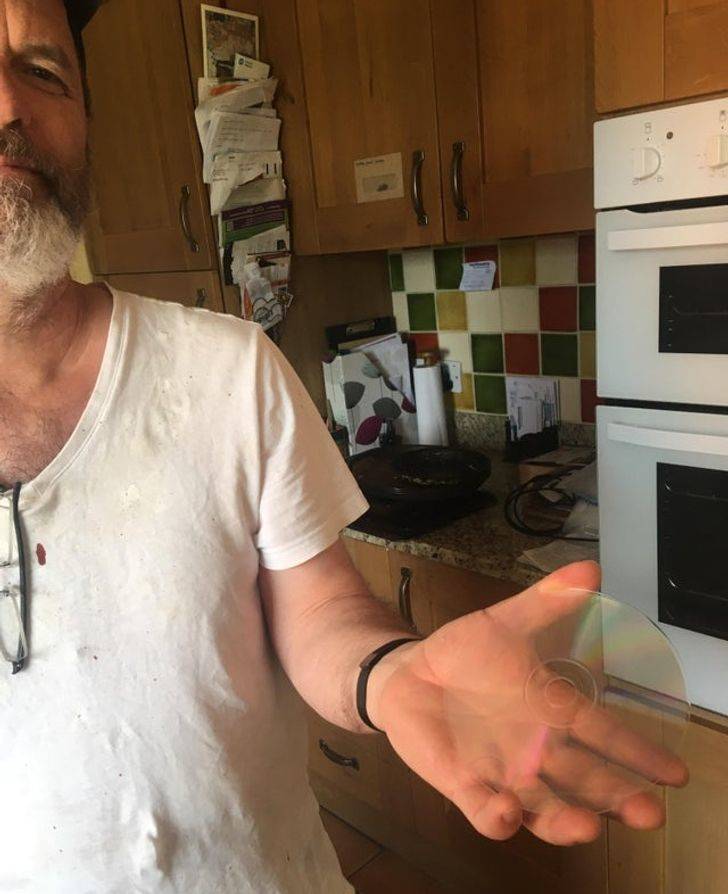 “He is the greatest dad I have ever known. He takes these kinds of pictures.” 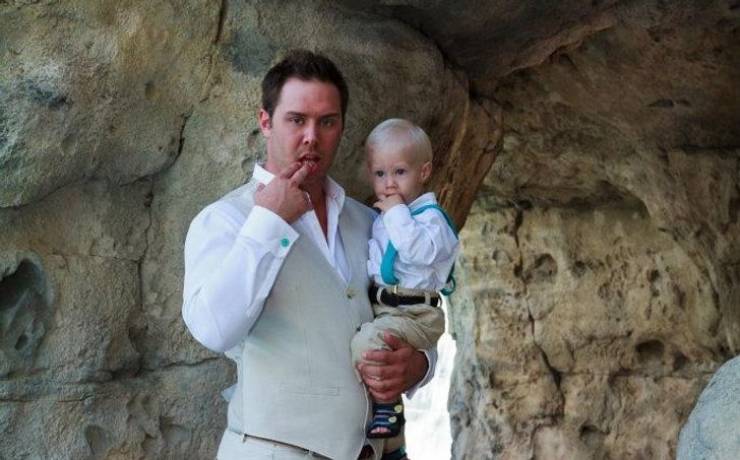 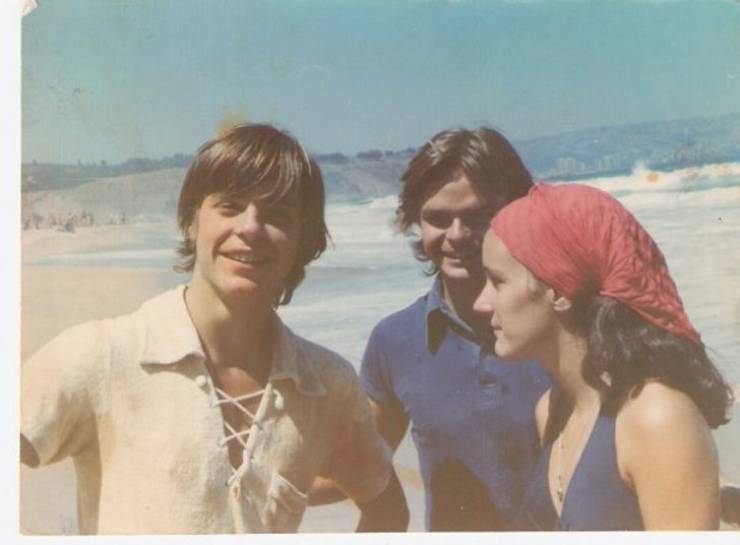 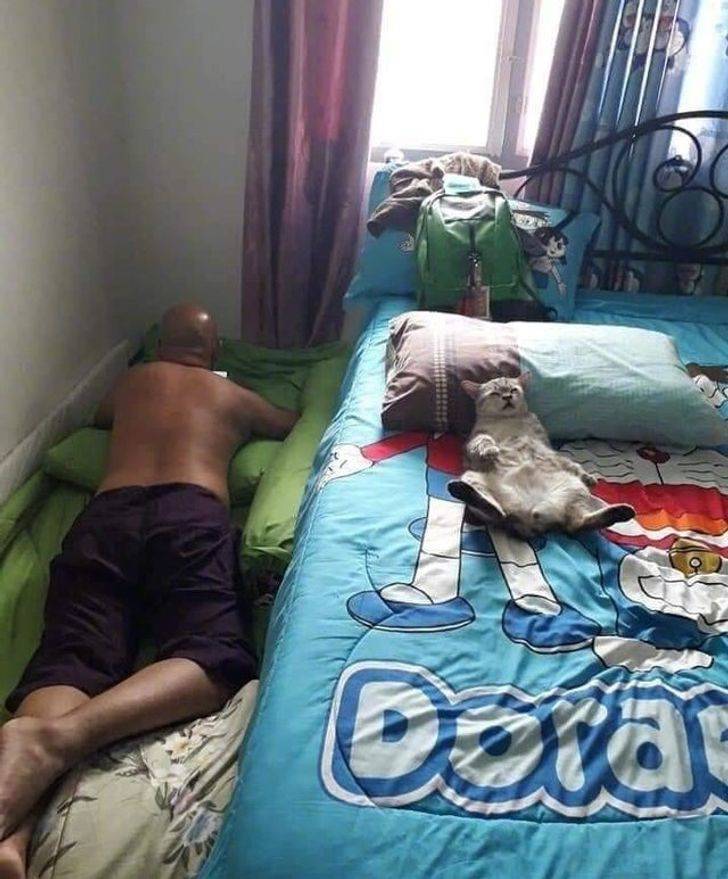 “I have the best dad ever!” 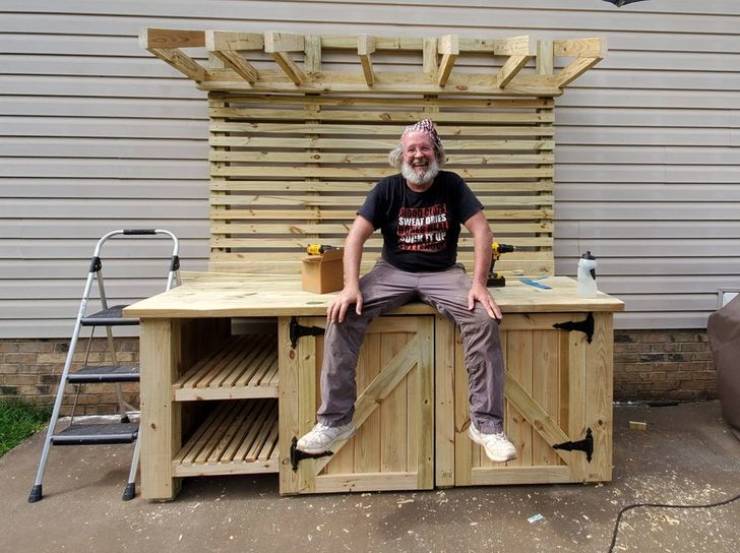 “I was caught off guard with my father. He was genuinely asking me how l built my PC and why I’m into gaming, lol.”

“So my dad pulls out a stack of old photos and says, ‘Ah, here’s a picture of my dad.’ I never got a chance to meet my grandpa, nor have I ever seen a picture of him, so I was excited to finally uncover the mystery. He then hands the photo to me and... Hmm.” 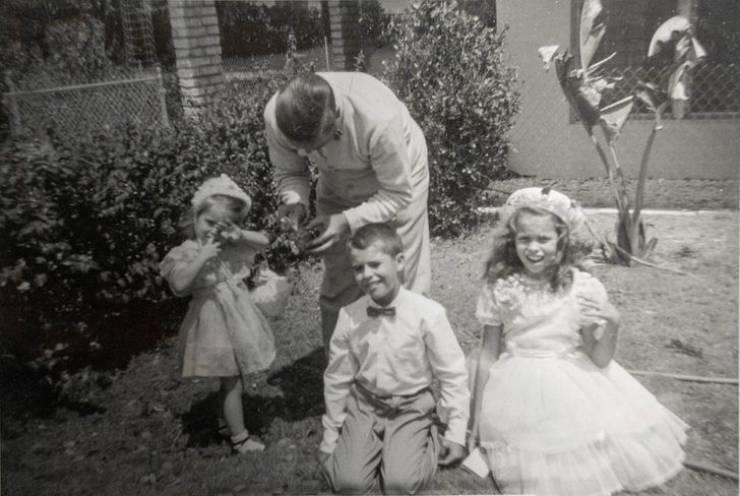 “My dad put coconut shells on stumps to make them look like mushrooms.” 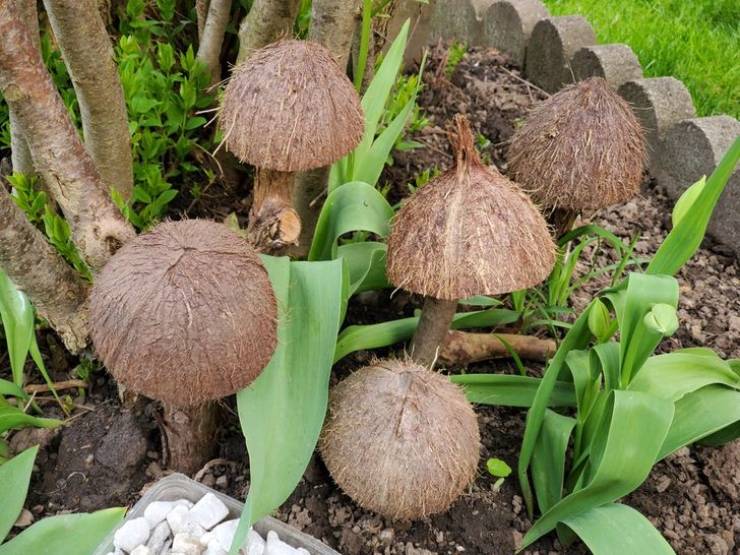 “I convinced my non-gamer father to get a gaming PC during quarantine. He’s been playing this golf game for over 3 hours.” 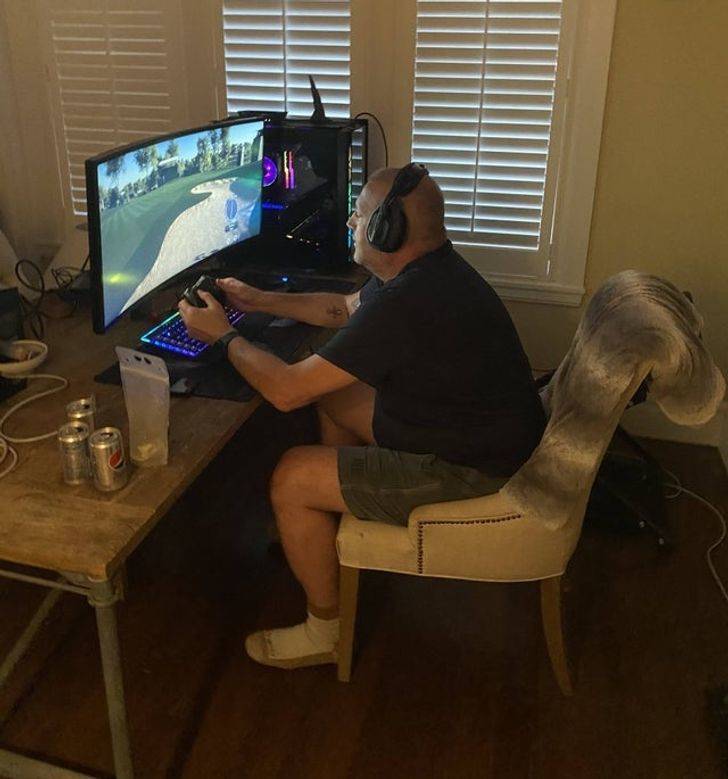 “My dad never takes the stickers off of his things and he yells at me if I touch them.” 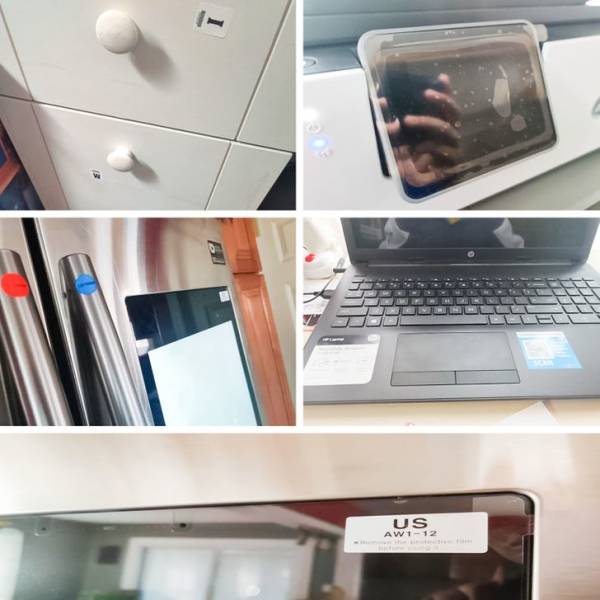 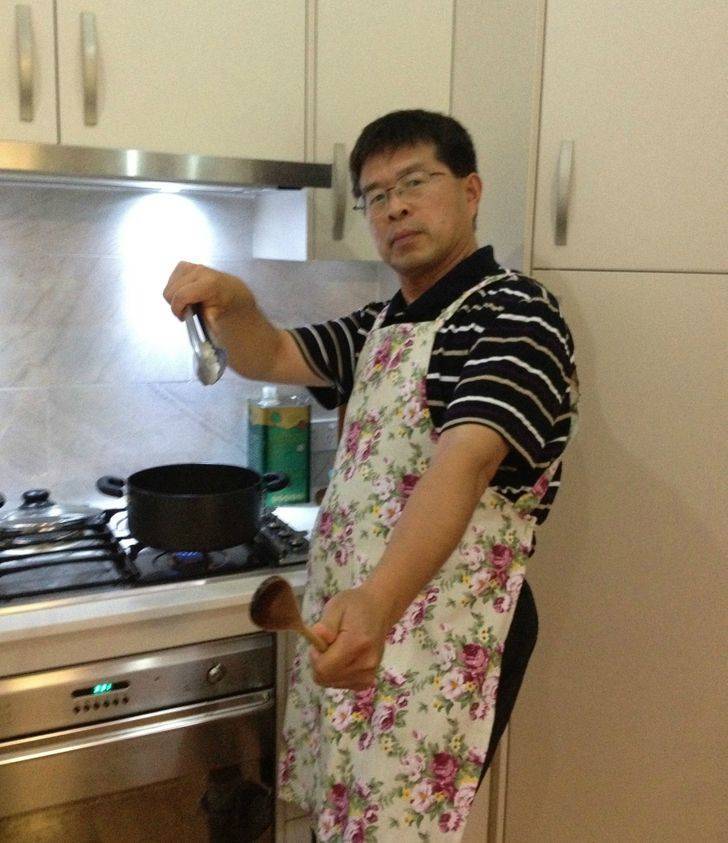 “My brother works at UPS & is a new father of twins, so I took a porch photo of the 3 of them.” 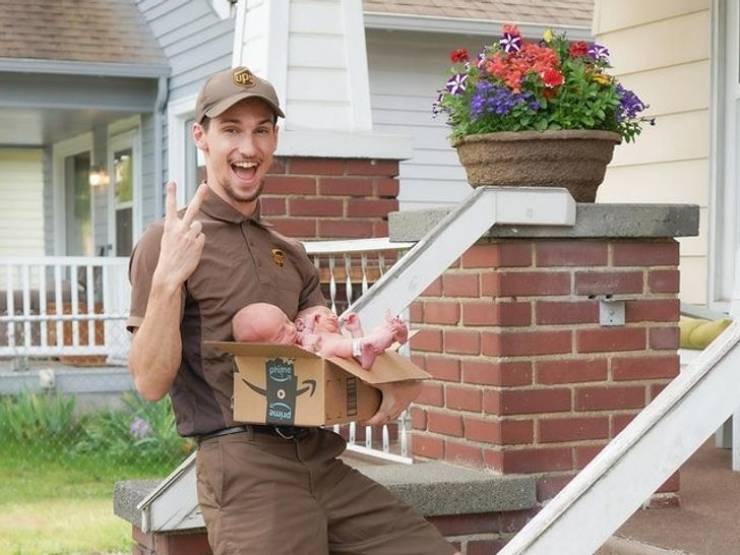 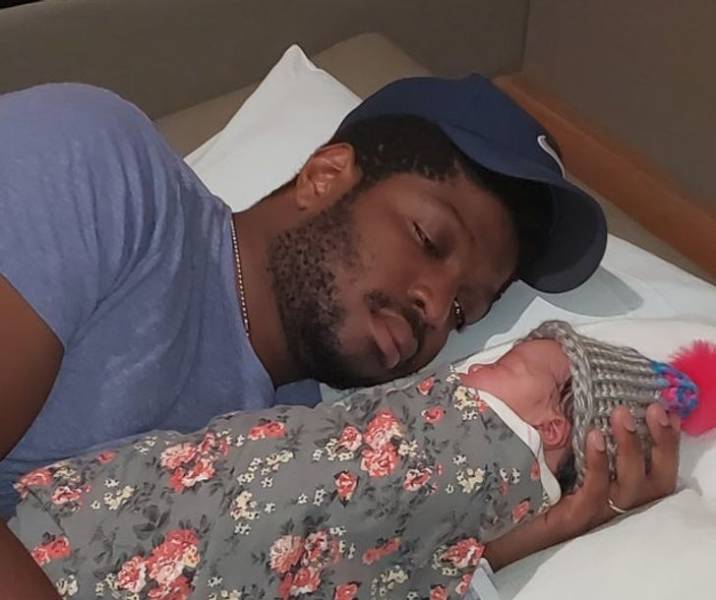 “My 88-year-old father-in-law wanted to learn a game that only required a few keys to press. He liked this one and was delighted that he could choose his own nickname. All I’m gonna say is, next time you play Slither, you better watch out for the BIG BUCKET OF DEATH.”

“This is my father, he works for an environmental cleanup and sanitation crew in Texas, and is currently in Corpus Christi pumping excess water from gas station tanks so the gas stations can sell gasoline to those in need. He’s been up for 2 days straight, and once he’s done there he’ll head up to Houston next. If you guys can say a couple of nice words, I’d like to show him how much people care.” 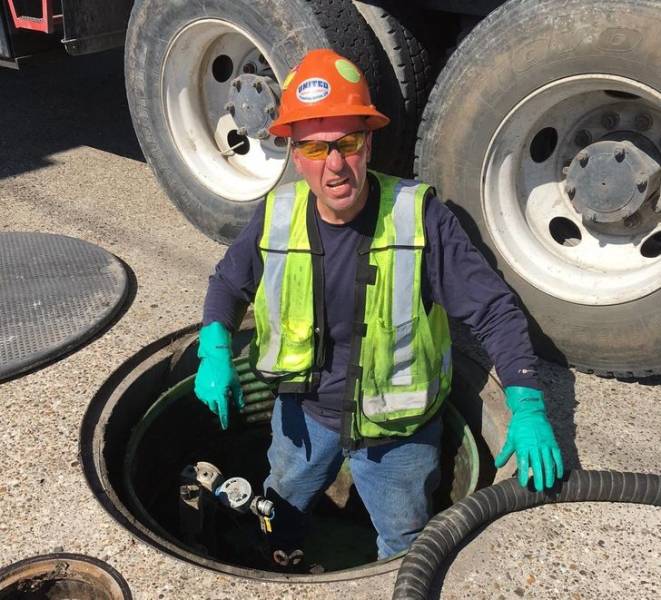