“Fox, you have stolen that shoe. In #Zehlendorf more than 100 shoes have been stolen by a fox,” reads the post 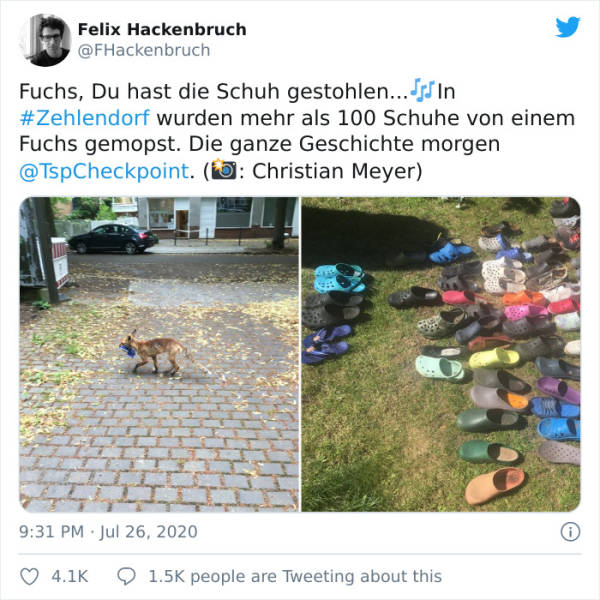 This passionate shoe-collector was caught red-handed in the act 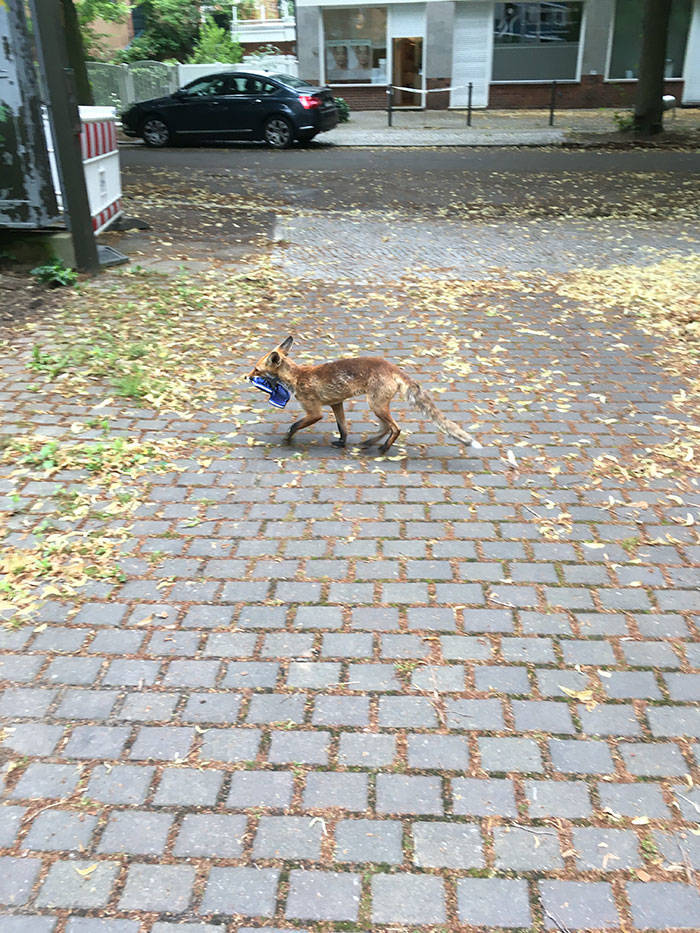 Moreover, the resident had discovered the full stash of these missing shoes 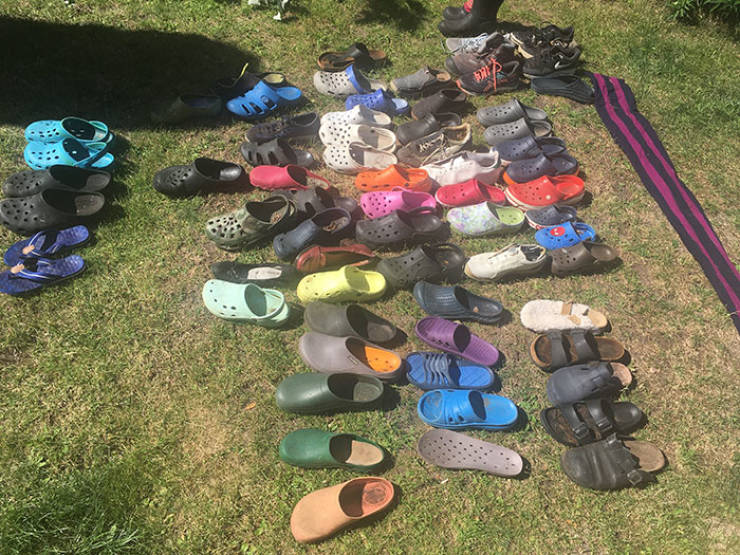 Honestly speaking, this collection is quite impressive. In total, more than 100 shoes were discovered here with most of them being crocs and sandals. Unfortunately, the man who came across this collection hasn’t found his own missing shoe yet.

“He’s been in trouble for at least 1 month…” 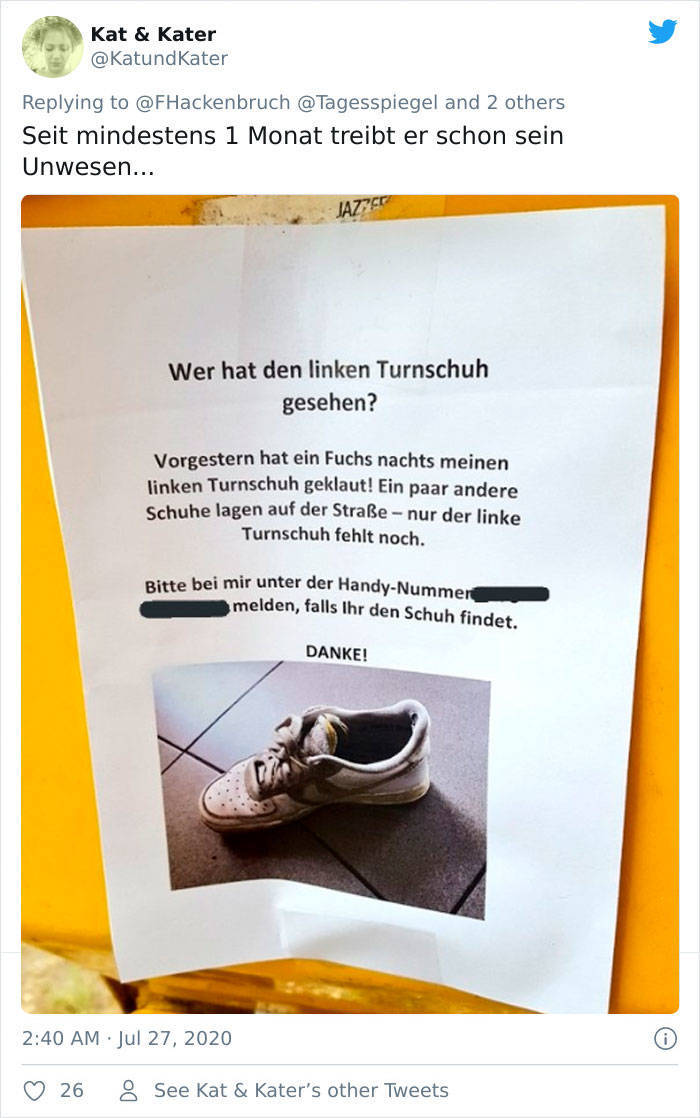 Some residents were so eager to find their missing shoes that they even posted some flyers. This one reads: “Who has seen the left sneaker? The day before yesterday a fox had stolen my sneaker! Some other shoes lay on the street but mine is still missing. Please contact me if you find the shoe. THANK YOU!” 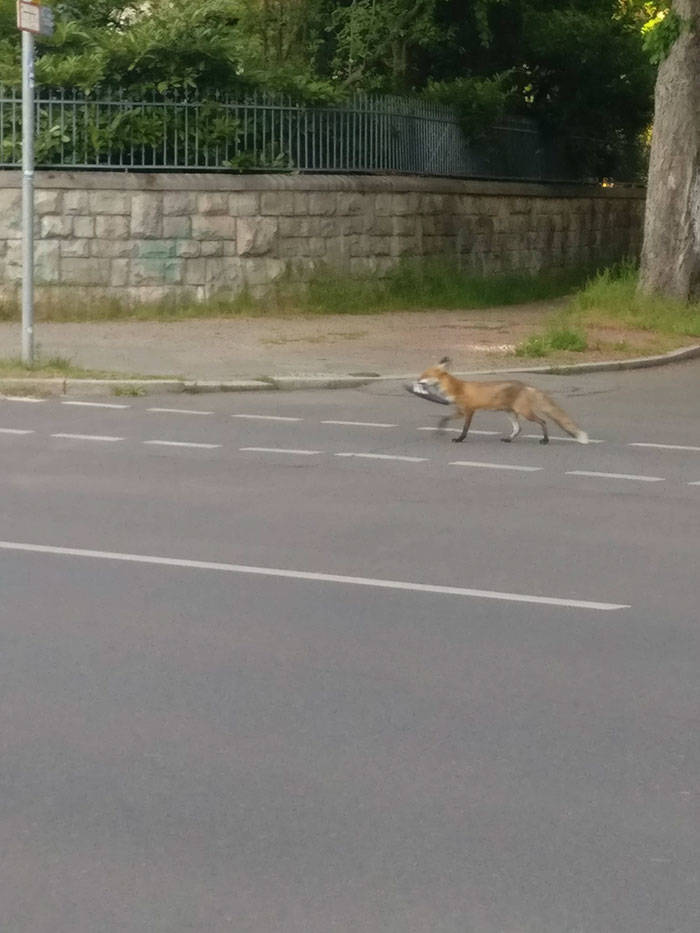 Apparently, there might be a thing with shoes and foxes 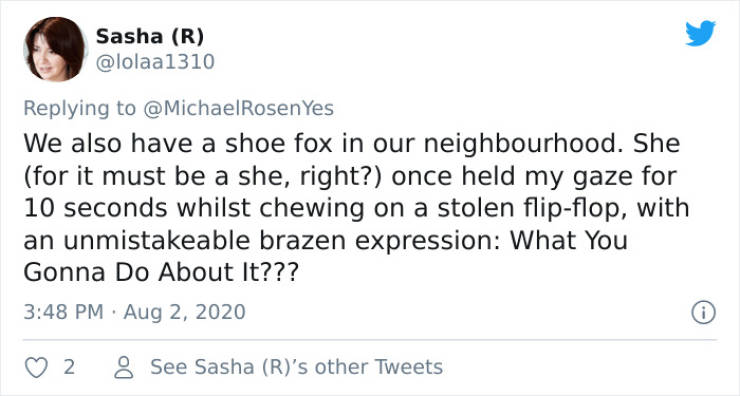 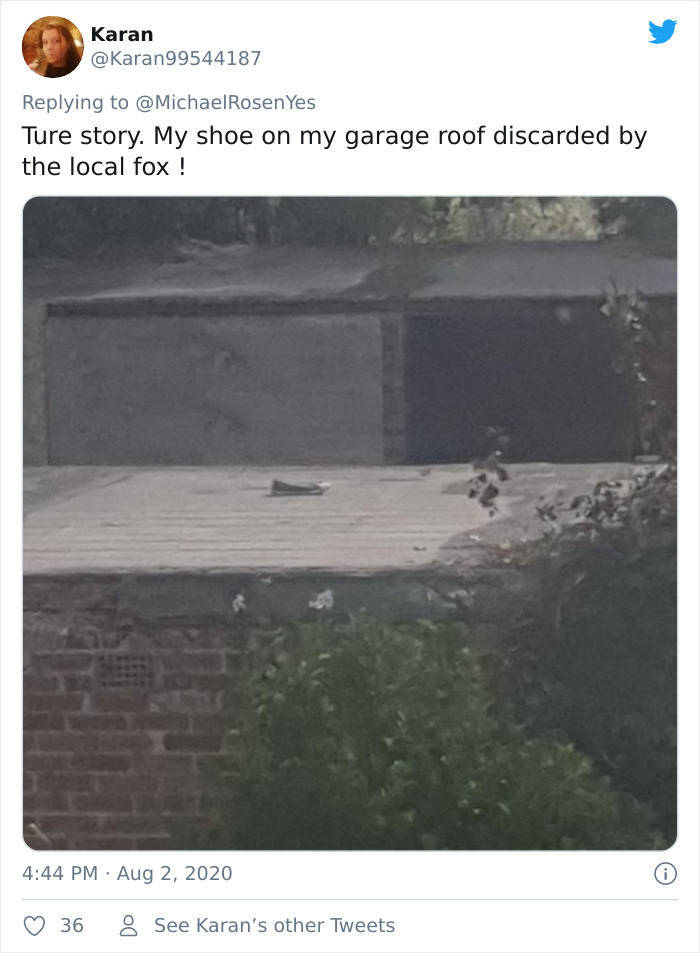 Some thought it was simply adorable

And some were concerned about the well-being of the fox 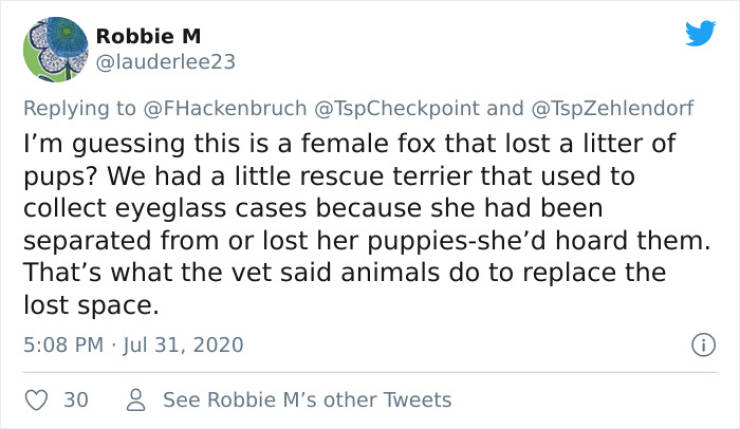