“We had to put my 16-year-old dog down yesterday, but before that, we recreated our favorite photo with him.” 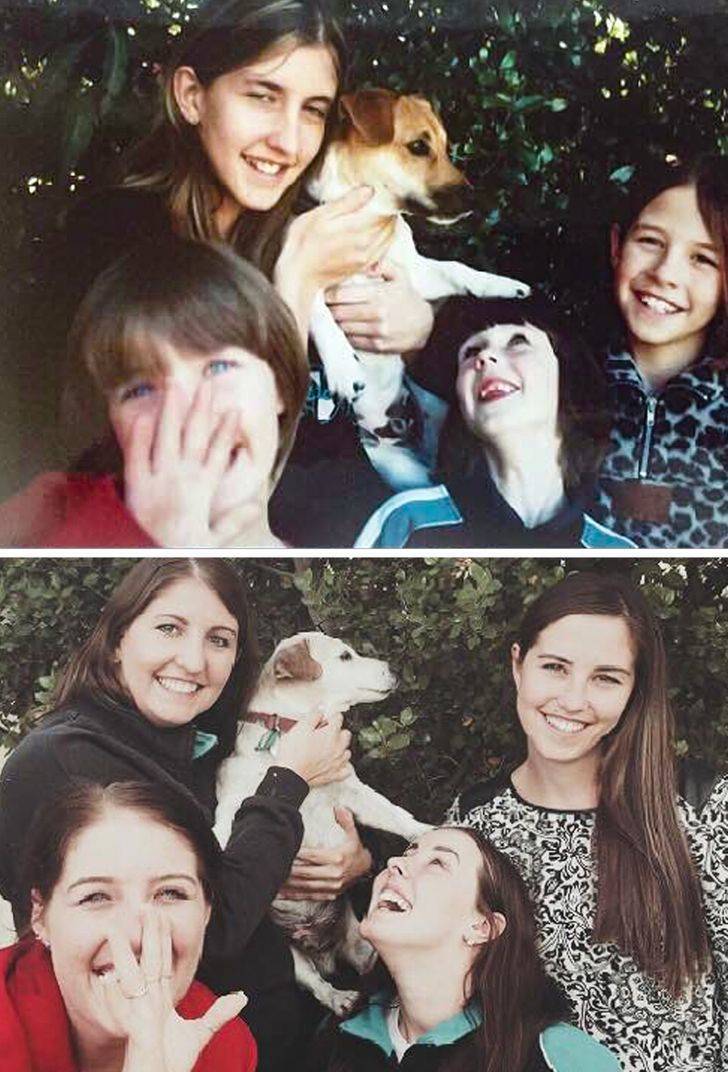 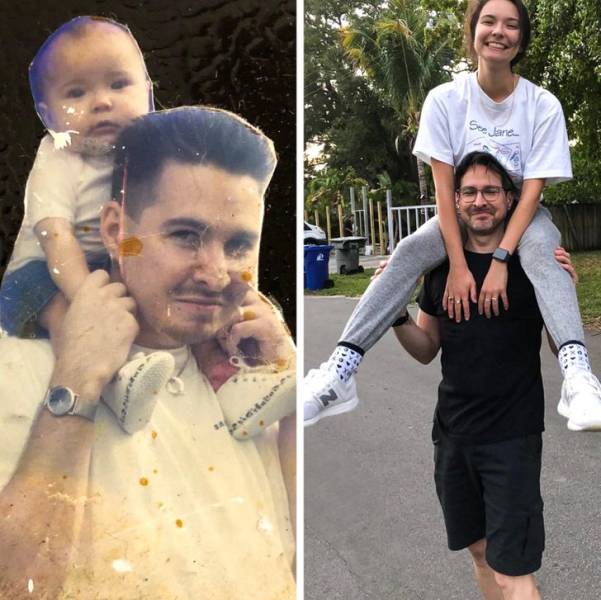 “My grandfather and me in Tokyo, 73 years apart” 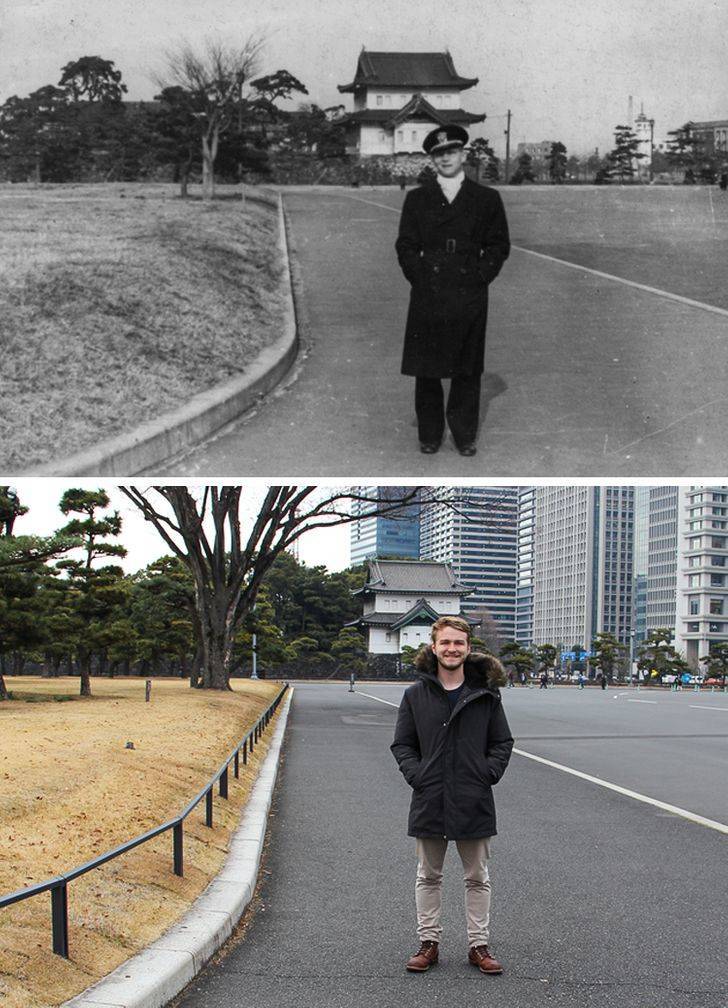 “22 years difference — we were visiting our old hometown and noticed that these poles were still in front of our childhood home. The tree has also grown up very well!” 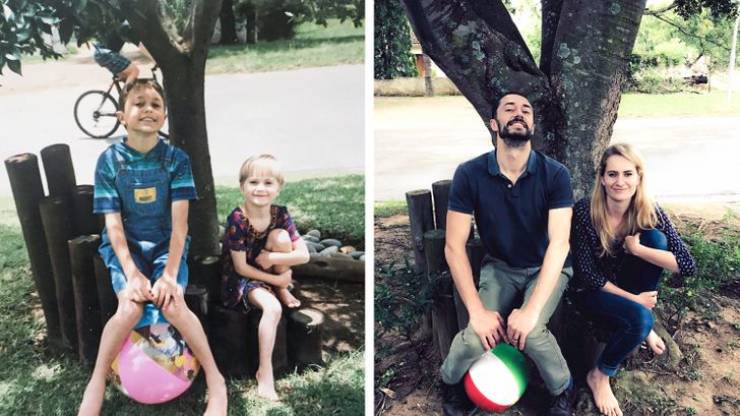 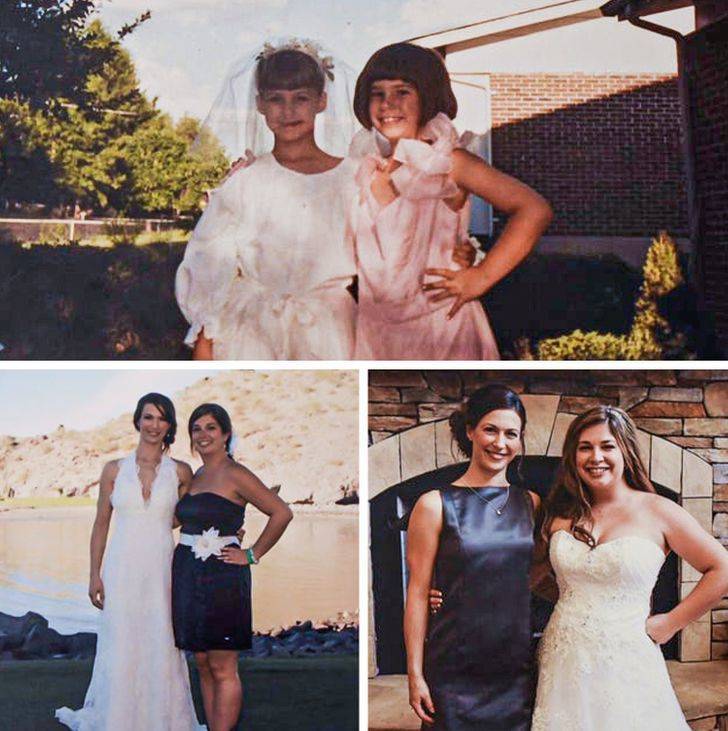 “Pictures of my grandfather and me, 40 years apart on the Great Wall of China” 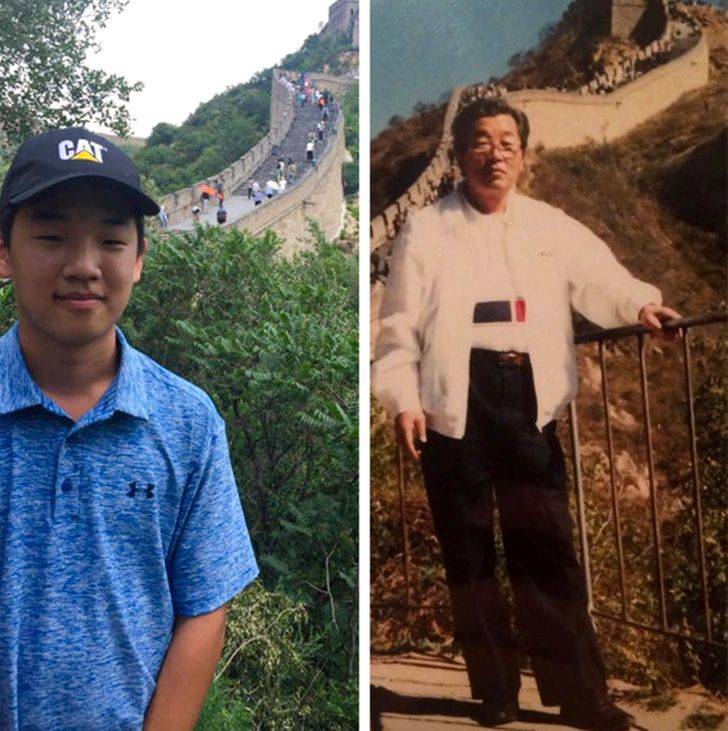 “I work with the same doctor that delivered me 21 years ago.” 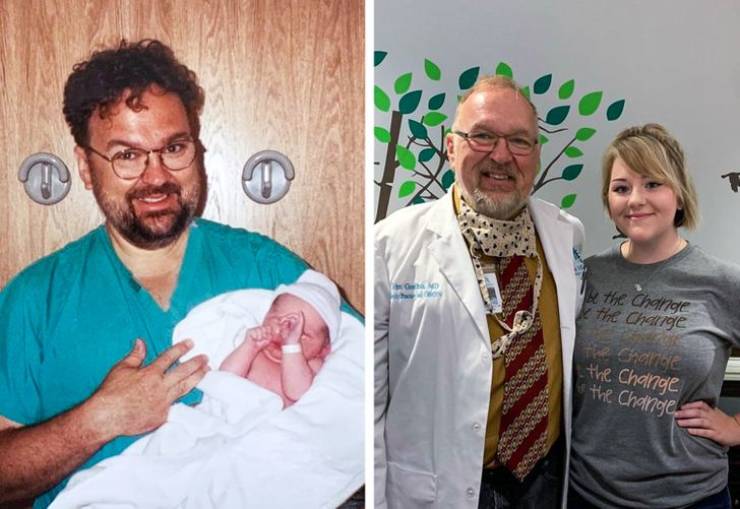 “I saw some childhood friends of mine at a New Year’s party. We all look different now, but we really haven’t changed much.” 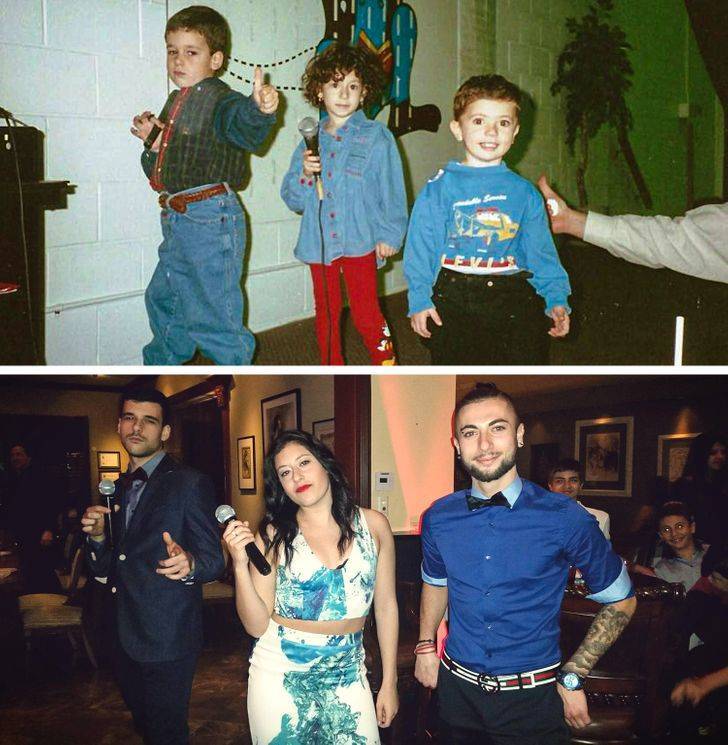 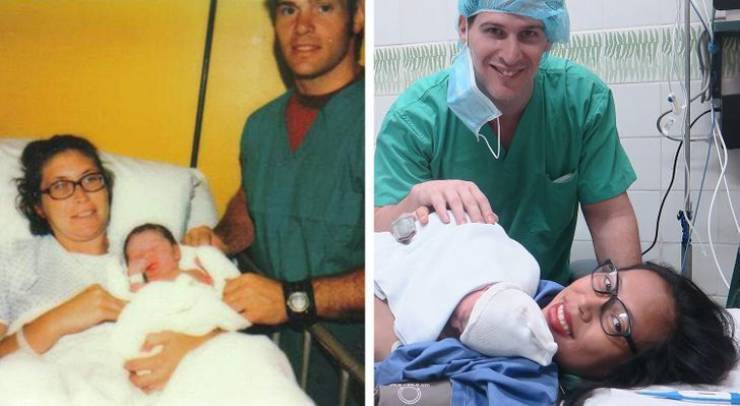 “My Mother’s Day photo recreation — my daughter is 15 years old.” “I forced my family to participate in some photo recreations from my childhood.” 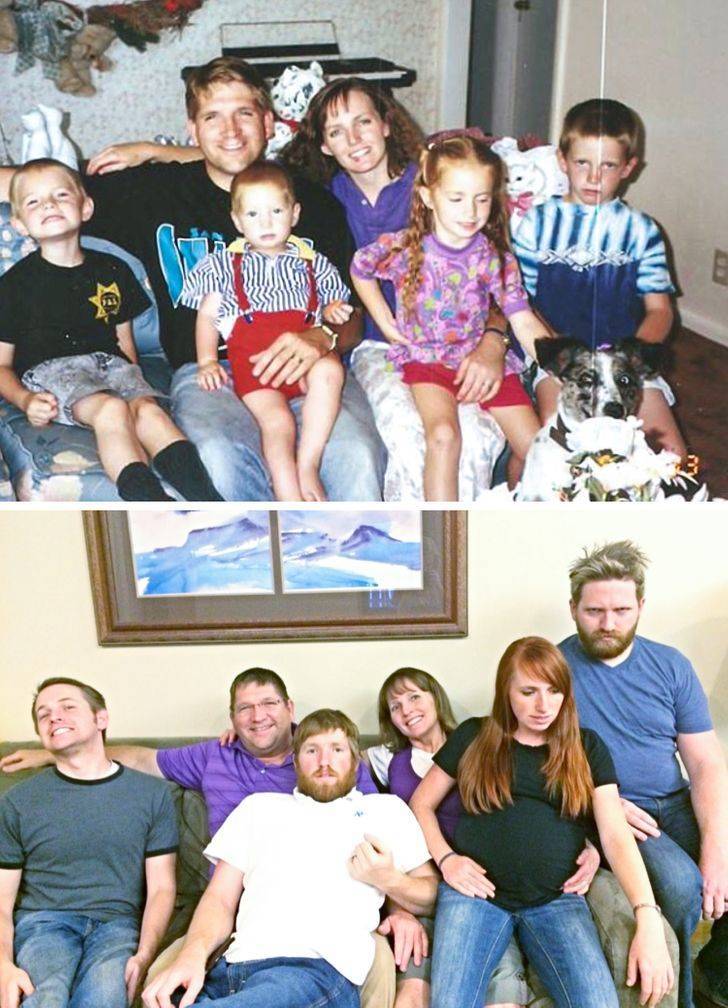 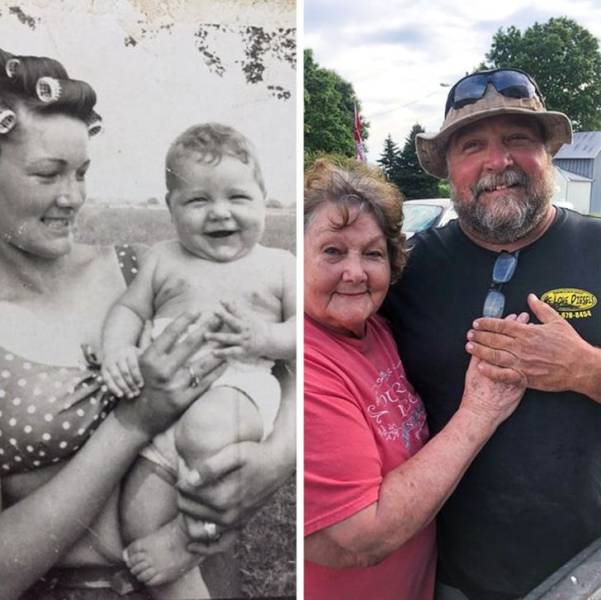 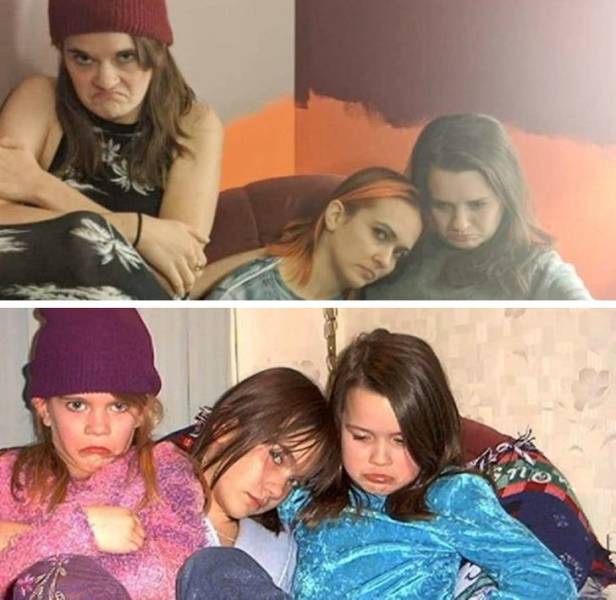 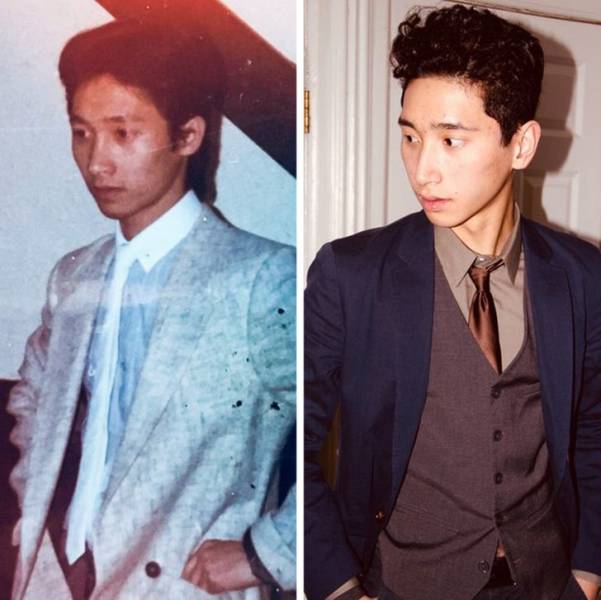 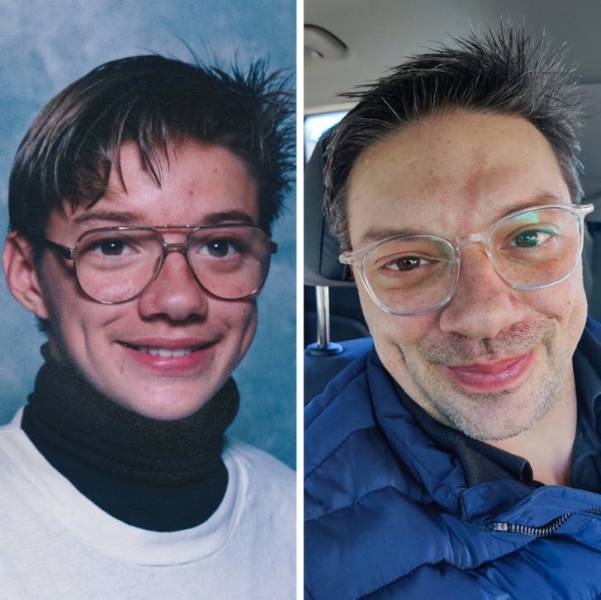 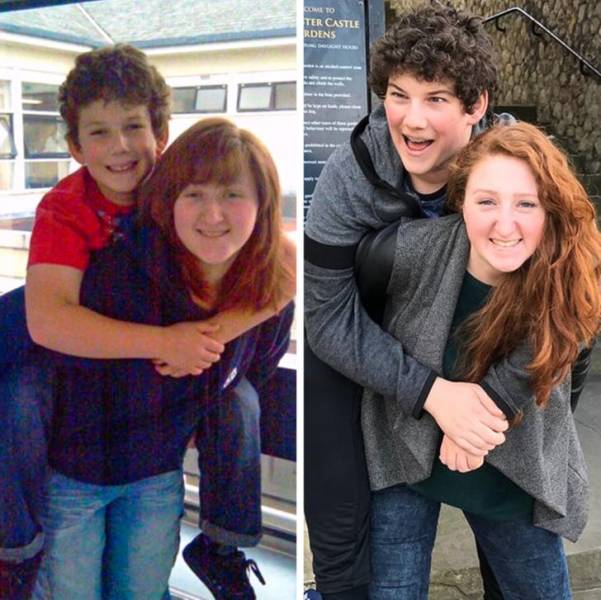 Bonus: Celebrities have also recreated some of their old photos. 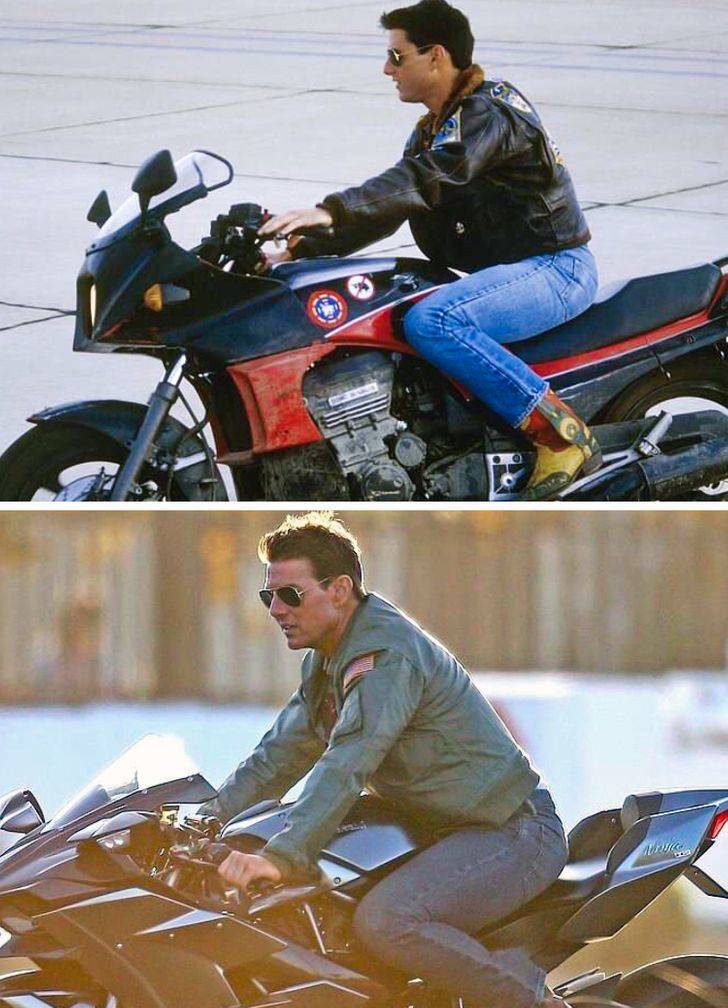 Tom Cruise is riding on a motorcycle in this picture just as he did during the filming of Top Gun in 1986. In 2018, he was part of the film’s sequel, Top Gun: Maverick , and he is shown in a very similar scene. There is a 32-year difference between both photos but the actor still looks as handsome as ever!