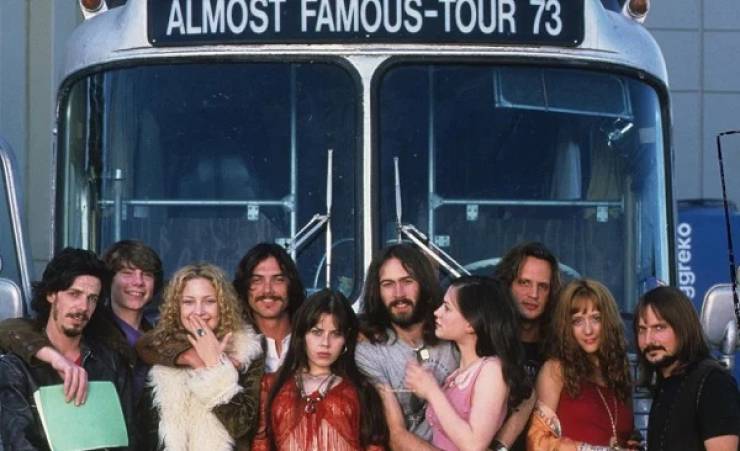 The film is director Cameron Crowe’s semi-autobiographical account of life as a young Rolling Stone reporter. The actual group Crowe first toured with was The Allman Brothers Band.

Gregg Allman distrusted him, and kept asking if he was a narc. 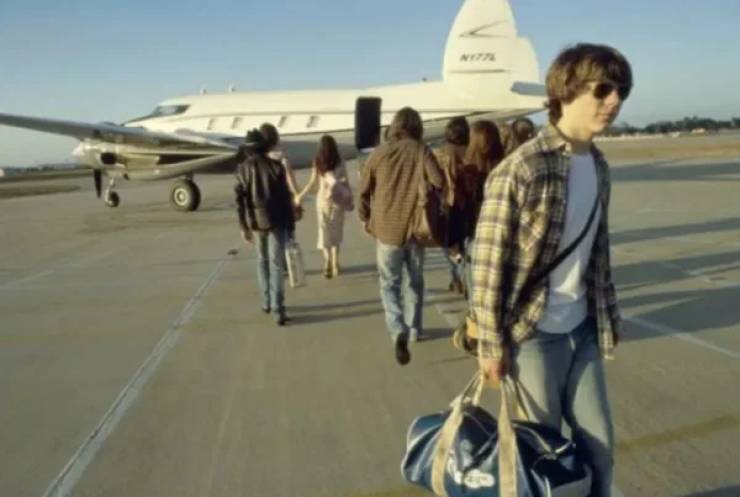 Crowe was in a near-fatal plane crash while traveling with The Who. 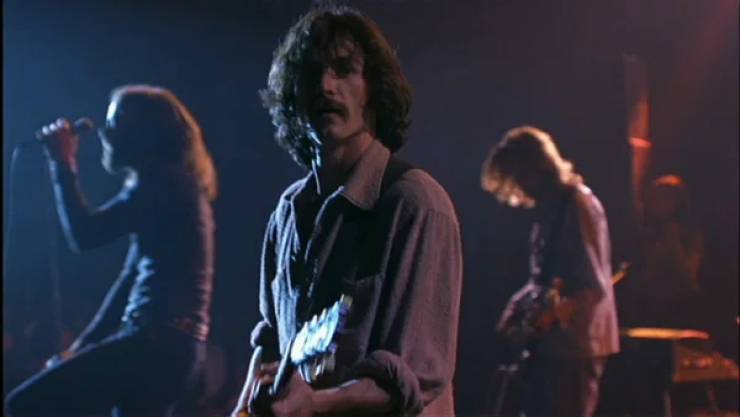 The character of Russell Hammond is based on Glenn Frey of Eagles. 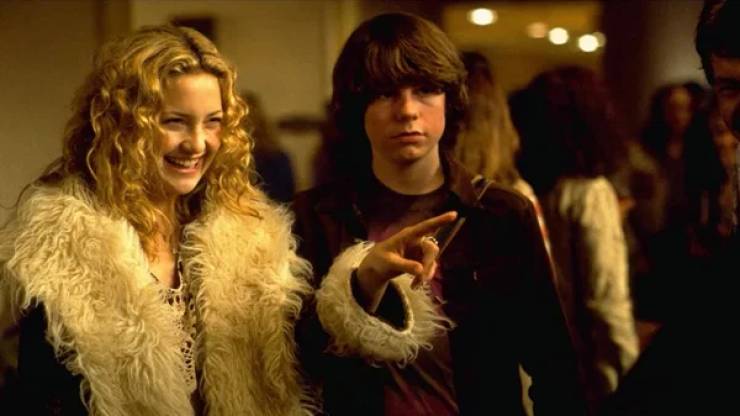 Penny Lane asks William if he’d like to go to Morocco with her. He says, “Yes… ask me again.” According to Cameron Crowe, “ask me again” was Patrick Fugit stepping out of character and asking Kate Hudson to repeat her lines for another take. Crowe liked the take as-is and kept it in the final cut.

To look like a real rock band, the four actors in Stillwater rehearsed for four hours a night, five nights a week, for six weeks.

The old records William looks through at the beginning are actually Cameron Crowe’s, saved from his younger years.

When Cameron Crowe’s mother appeared on the set for a cameo, Crowe made every effort to keep her away from Frances McDormand, who was playing a character based on her, so McDormand’s interpretation of the part wouldn’t be swayed. When he left the set for a few minutes on the first day of shooting, he returned to find McDormand and his mother having lunch together. 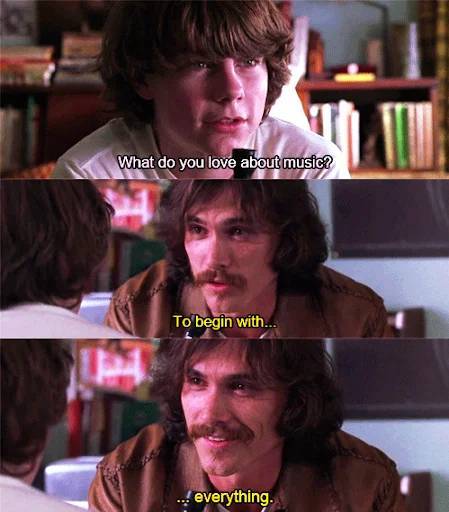 Cameron Crowe says he got Billy Crudup’s line, “Well, yeah, on my better days, I am Russell from Stillwater,” directly from John Cusack’s response to a girl in a bar who asked, “Aren’t you Lloyd Dobler?”, his character in Say Anything…, also directed by Crowe.

Patrick Fugit knew nothing about 70s music and confessed in an interview: “I thought Led Zeppelin was one person.”

Stillwater’s songs were written by Peter Frampton (who also had a small part in the film), Cameron Crowe, and his ex-wife Nancy Wilson of the rock band Heart. The music acknowledgments credit Russell Hammond and Stillwater as if they were real authors and performers. 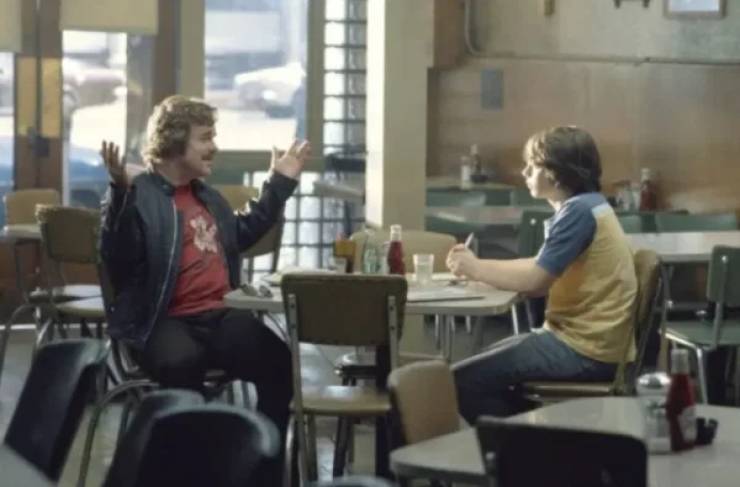 Jon Favreau and Jack Black both auditioned for the role of Lester Bangs. 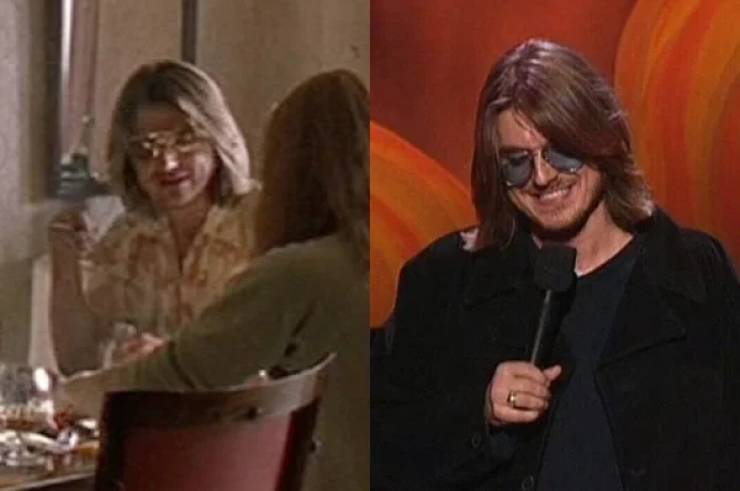 The late great Mitch Hedberg had a small cameo (among many others) in the poker scene.

The roles of Russell Hammond and Penny Lane were originally written for Brad Pitt and Sarah Polley respectively. Polley dropped out to work on her own project, the low-budget Canadian movie The Law of Enclosures (2000). According to Crowe, Pitt worked with Crowe for months before finally admitting, “I just don’t get it enough to do it.”

Cameron Crowe later admitted that Patrick Fugit was the worst singer in the Tiny Dancer sequence. His warblings were turned down in post-production so as not to distract from what is a very special movie moment.

At the party, Russell Hammond cries out, “I am a golden god!” when he is on acid. That is a reference to Robert Plant of Led Zeppelin, who is purported to have said the same thing (sober) while looking over Sunset Strip from a hotel balcony.

There actually was a band called Stillwater in the 70’s though the band depicted in the film is not them. They agreed to the use of their name after reading the script.

The hands writing the opening credits belong to Cameron Crowe.