If you can make someone laugh, then you can make them fall in love. Site beyondthecharter believes that humor is one of the critical dating moments that develop relationships. This site shared several examples of funny first date stories from the lives of people who contributed to the development of relationships. 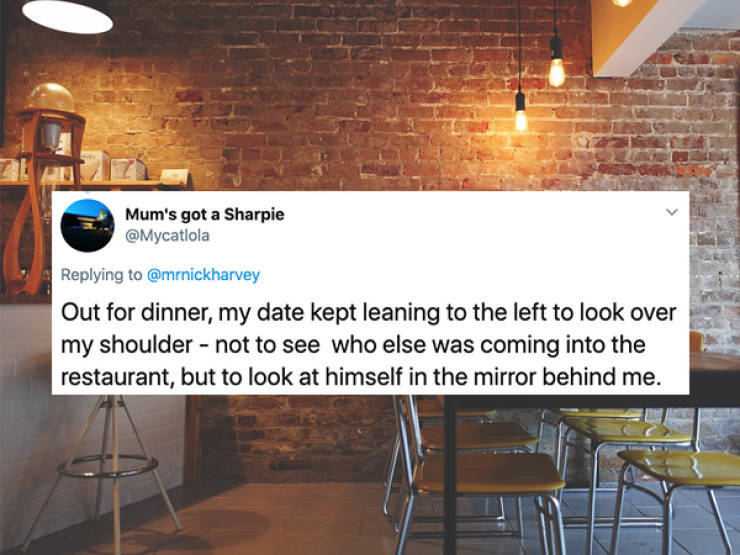 1.  Humor and laughter are the best atmospheres for a first date

One time, I took a girl out for a night at our local comedy club. What I didn’t know was that this was one of the places where the comedian will come out and roast the crowd. He saw that we were on a date and got us both good. The girl I was with got so embarrassed by the situation that she got up and left in the middle of the set. Although the comedian offered to come and sit next to me, I left, too. I ended up getting a second date with her a few weeks later, though. I didn’t so much as crack a joke that time.

When I was first asked to go over to my boss’ house for dinner, I thought I was in line for a promotion. What I didn’t know was that he had a daughter that didn’t like to go out on dates very often. He decided to set both of us up together without telling either one. So, I arrived at his house completely ready to make a case as to why I should be moving up in the company. What I found was his daughter, who was still in college, sitting at the table. The three of us had dinner, and the dad kept getting up to go to the kitchen while saying “I’ll just let you two get to know each other.” We had no chemistry and I didn’t get the promotion. In fact, I am pretty sure I didn’t get the promotion because I didn’t date his daughter.


3.  A Successful Date and a Bad Translation

A boy in my college lit class asked to take me out to a nearby museum. He was a foreign student studying in Philadelphia, and I was desperate enough for a new dating experience to say yes with very little hesitation. Anyway, we went to the Mutter Museum. For those of you that don’t know, it has old medical equipment and a horrifying array of pathological specimens. He was so confused and upset over the mistake, but I thought it was all interesting.


4.  I learned to Skateboard by Dating…Kinda

I had a friend ask me out on a date. I said no because I really didn’t want to do the whole dinner and a movie thing. He said he had a unique date idea, so I agreed. We met in a park and he was determined to teach me how to skateboard. I fell so many times, but we both had a ton of laughs and we’re still together.


5.  Taking Online Dating to the Next Level

I finally go on board with the idea of using an online dating service. My very first night I start chatting with a woman from my town. There are maybe 10,000 people in my immediate area, and the one person I matched with agreed to meet up with me at a local restaurant. As it turns out, we had “dated” in middle school before drifting apart. Our jaws dropped when we realized we were the expected person. What are the odds?

I went out to a local baseball game for a Couples’ Night event. Me and two friends convinced some girls to come with us. I was so into the conversation with this girl that when she said “duck” it made no sense to me. The next thing I know, I have an ice pack on my head from a foul ball smacking me. We all laughed about it and I could see she had a sweet side buried beneath the laughter at my expense.

Many dating experiences don’t go the way we planned. They tend to be the funniest, most memorable dates we ever have. If these six examples show you anything, it’s that you should learn to expect the unexpected in the world of romance.