“I was at work and getting off the elevator when this woman tried to walk through me. She said, “Oh I’m sorry. Hehe.” But continued to try and push through. I said, “If you’re sorry then why are you still trying to push through me.” Her expression sunk like this was the first time anyone had ever said she had no manners. The guy with her laughed and said, “Maybe you should let him out first.” And guided her out of the way.” 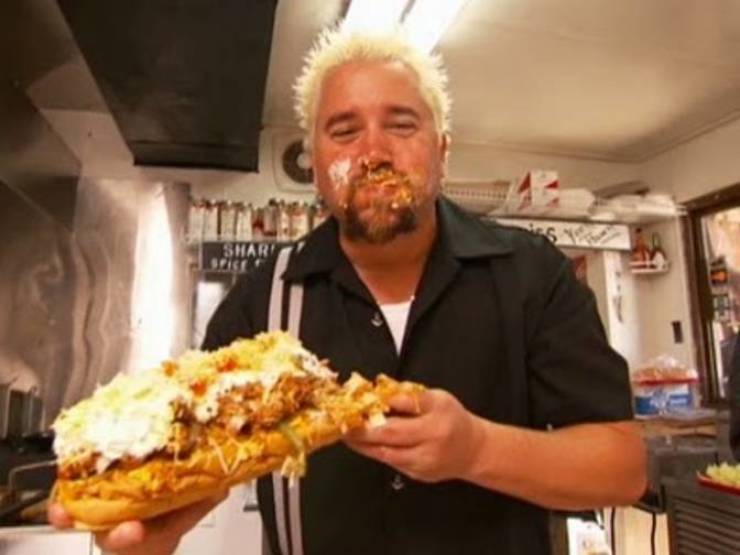 “People who leave their litter and uneaten food all over fast food restaurant tables, and the floor area.”

“Overstaying your welcome or inviting yourself to things. I had a friend who wouldn’t take no for an answer. Like, get the hint. It’s midnight and you’ve been here all day.”

“People who leave grocery carts in the middle of the parking lot. It’s the true measure of a person. No one is really watching, it’s not illegal to leave it wherever you want, but it’s really on you to be a kind, thoughtful person without getting any sort of props for doing what’s right.”

“When they walk into an elevator before you have a chance to get off. Same with buses and subways.”

“People who act mean toward others for apparently no reason. I’ve got this friend who always talks down to younger people and I’m like, “You need to gain people’s respect, don’t take it for granted.”

“I used to get my haircut at one of the Great Clips places in the suburb of the city that I lived in. Every time I went there, I got the same stylist. Every time she cut my hair she stared at herself in the mirror and talked to herself. Never once did she try to make eye contact with me in the mirror, she always spoke directly to herself. I felt like this was the oddest thing.”

“I love my dad but he has zero patience when driving. If we get stuck in traffic, he’ll sit there cursing and muttering about the guy in front of him despite them having zero control of the traffic in front of them. I made sure to keep my cool in traffic because of that, I don’t mind being stuck in a jam, I know we’ll get out eventually, and it’s not like I can make it to go faster. If I’m late I’m late. C’est la vie.”

“When you’re having a nice chat with someone and they start saying things that don’t seem to make sense to you… Then you realize they just answered a call on their Bluetooth phone ear thingy and are not even talking to you anymore.”

“When I’m out with a friend and we meet someone they know, but I don’t, and that person makes no effort to introduce themselves to me or include me in the conversation. Like, I know I’m the designated Less Hot Friend but you don’t have to remind me of it.”

“People who constantly interrupt. I have a friend I can’t stand talking on the phone with because she interrupts me constantly. Then when it’s my turn to talk, she clearly starts engaging with her children and not listening. She then complains to other friends that I don’t call her anymore.”

“Hung out with a co-worker once and he threw all of his garbage out the window of his car onto the street. Never hung out with him again.”

“Arguing with a worker about expired coupons.”

“There is a girl I work with who clips her nails at her desk and I always want to throw something at her. They finally talked to the guy on the other side of the wall from me who was clipping his toenails.”

“Inviting everyone in the friend group to an event, and excluding just one friend, then proceeding to talk about how much fun they’re going to have at said event in front of the person that was purposely excluded, in front of everybody. Happened today and I thought it was pretty rude.”

“There was a girl at my old work who most nearly everyone disliked (she had an HR complaint made against her for bullying, so go figure) and once, on her birthday, a guy on her team gave her a present. I remember that her first response, when given the present, was to take out her phone, take a picture, and post it to whatever platform, and only then thank the guy. It was pretty embarrassing too — her need to share on social media was more urgent to her than to thank the actual person who sat opposite from her. “

“My boyfriend ate my calamari. We went to a restaurant together and he ordered a huge fish pasta dish, but I only wanted a starter. And he ate half of it. He ate my calamari.”

“People whose only conversation style is monologue.”