A hummingbird flaps it’s wings 70 times in one second which causes their hearts to pound at a rate of 1,260 beats per minute. Let’s use nature to compare speeds as they relate to humans.

Our human eye’s blink speed will serve as a reference point of “relativity” for this gallery. 70 flips of a wing per second to human’s blinks of .3 per second 1/3 of a second is one blink of the eye.

Therefore the hummingbird flaps 21 times in the same timeframe as the blink of an eye. (70-flaps * .3 of a second)

21 times in the blink of an eye

Salamander’s Tongue = 30 in the blink of an eye

It lashes out and brings the prey back in under one hundredth of a second (1/30th of a blink).

Anglerfish vacuum mouth = 60 in the blink of an eye

Angler fish catch food by luring the prey in with it’s shiny object attached to the front of its head. When the prey is in striking distance, the Anglerfish expands their mouth a whooping 12 times the original size. 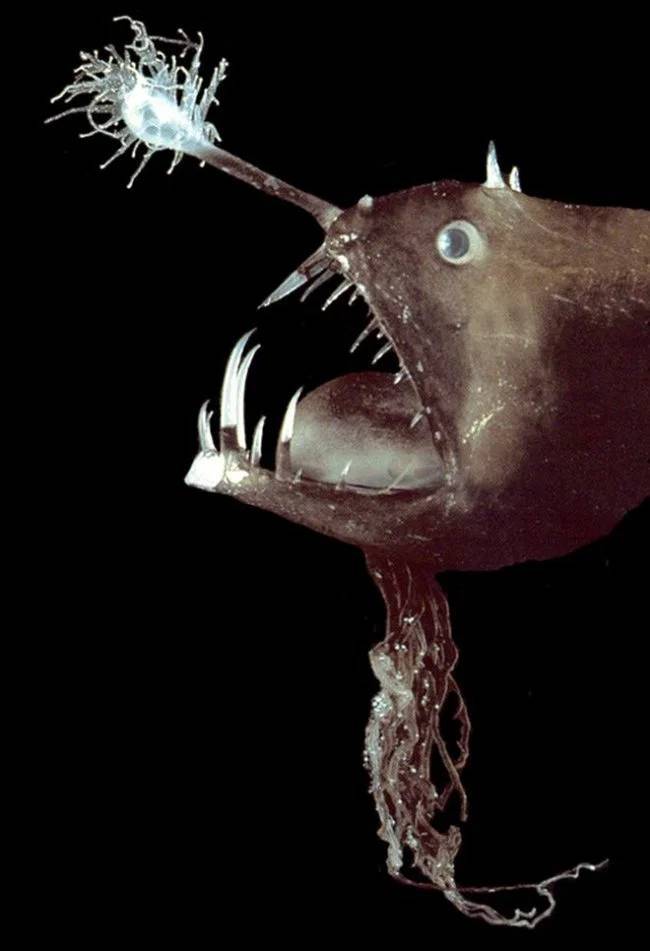 The speed of this motion creates a vacuum which sucks the prey into its mouth. The entire process happens in under .005 thousandth of a second (a.k.a. 5 milliseconds).

Mantis Shrimp strike = over 100 in the blink of an eye

A Mantis shrimp’s acceleration from hiding to attacking prey has been calculated to experience over 10,000 grams of pressure on the crustacean’s body.

This equates to over 22 pound-force.

How does this relate to humans?

An average person (non-trained astronaut/fighter pilot) will pass-out at around 5 G’s.

The goal is to reach 9 g while fully suited for flight…they’ve determined that experiencing 15 g’s for one minute will remove enough blood from the brain to kill a human.

Back to the Mantis shrimp in hiding.

It can reach a speed of 51mph in 1/100th the time it takes us to blink our eyes. Its acceleration creates a small yet visible shock-wave (viewable with the aid of high-speed cameras).

Needless to say, the poor clam/snail victim will “never see the end coming”.

The Utriculair (GIFs below) is an aquatic Bladderwort species holding such carnivorous plants as the Venus fly Trap.

Bladderworts Utricularia Gibber carnivorous plant = 600 in the blink of an eye.

When a Bladderwort’s prey triggers its sensitive hairs around the capsule’s outer wall the following actions are set into motion. Its inner wall contains a capsule that pumps out water which creates a vacuum inside the mouth. The vacuum exerts 600 g of suction 2 thousandths of a second.

More importantly, that’s one less pesky mosquito to bite me.

Moving on to a cute lil’ flower named the Bunchberry Dogwood. (below non-GIF image) 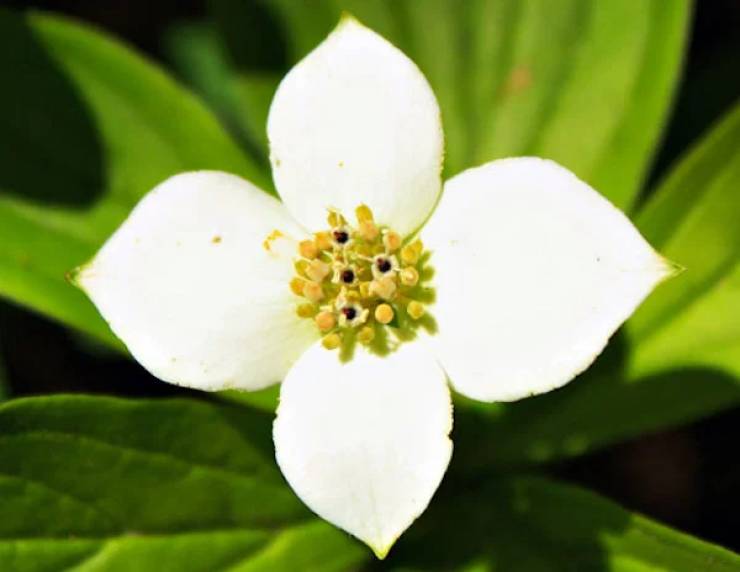 Bunchberry Dogwood Flower = 1,000 in the blink of an eye

This tiny flower is only 2 millimeters (.08 inches) in size but it packs a cannon. When the time of year is right, the petals unfurl to fire a puff of thousands of pollen around an inch into the air. This height may seem insignificant but the distance is over 10-times the size of the flower.

What is equally amazing how the flower re-populates.

Unlike most plants that rely on the wind to carry its seed, the Bunchberry Dogwood flower shoots tiny insects that land on it…and that is how the flower spreads.

Here’s the interesting part; the flower can choose the amount of pollen that it releases. For example, if a smaller ant lands on it then it will only release a small amount of pollen. However if a larger insect such as a bee lands on it, the Bunchberry will give that flying stinger the full puff of pollen.

Freaking ants. Trap Jaws are able to cut leaves in half with the speed that they snap their jaw’s shut. Their chompers close at down at 143 mph with an acceleration force of 50,000 g (a bullet leaves a gun around 40-thousand g’s).

They’re a part that I could do with-out.

The second to last one really has some “head”. 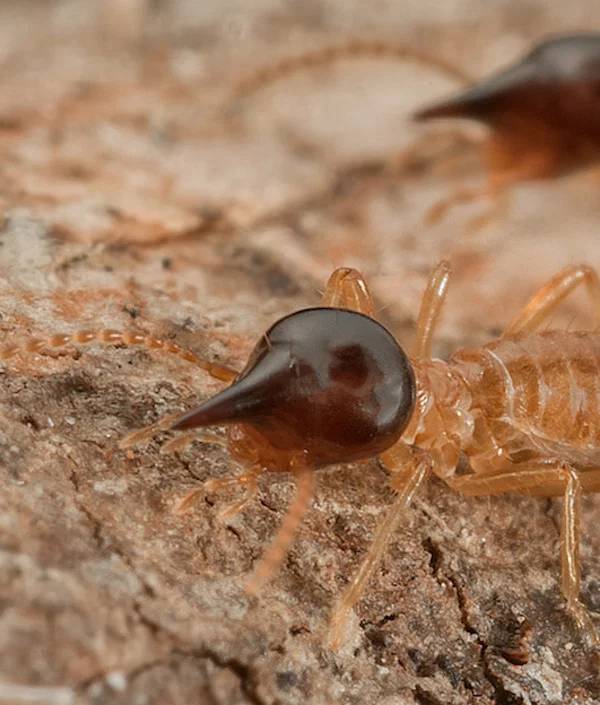 The sword-shaped jaw of these termites are attached to a muscular head that makes up over half their body.

Their muscular head holds the crown as the most powerful muscle ever studied in nature.

Finally we have the time it takes for a jellyfish to inject its prey with their scary venomous stingers. Here we enter the speed of light. 700 nanoseconds.

What the hell does that mean?

A nanosecond is the distance light moves in terms of foot-per-second. (hypothetically) Their stings would stretch over 2 football fields and place it on the 33-yard line of the 3rd field. To which, I’d take a knee at kick-off.

That’s nature for you…all in the blink of an eye.