“This is my dad who said he hates cats and my cat.” 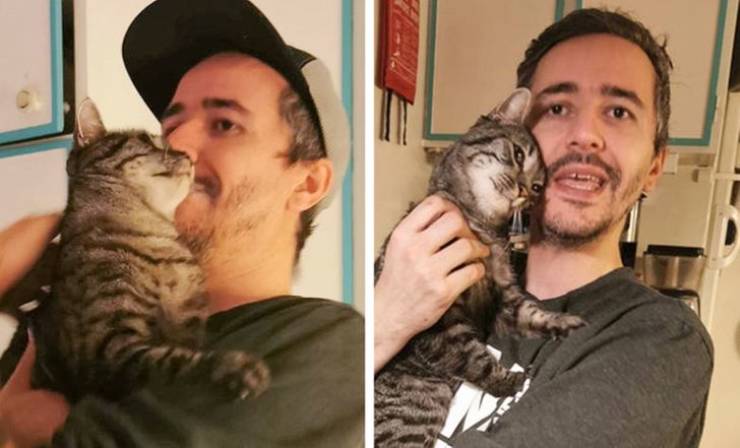 “Cranky dad thought Duncan would be a ‘weirdo’ because he was born an only kitten.” 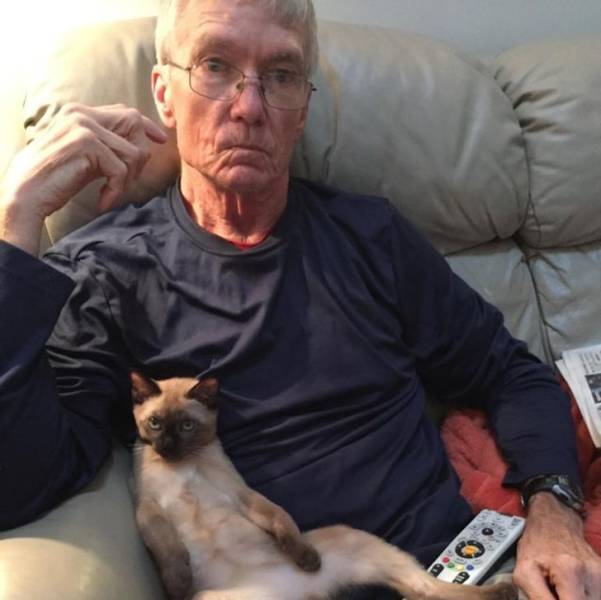 "I was the one who didn’t want pets and still we decided to foster this guy, and my wife caught this moment of us together." 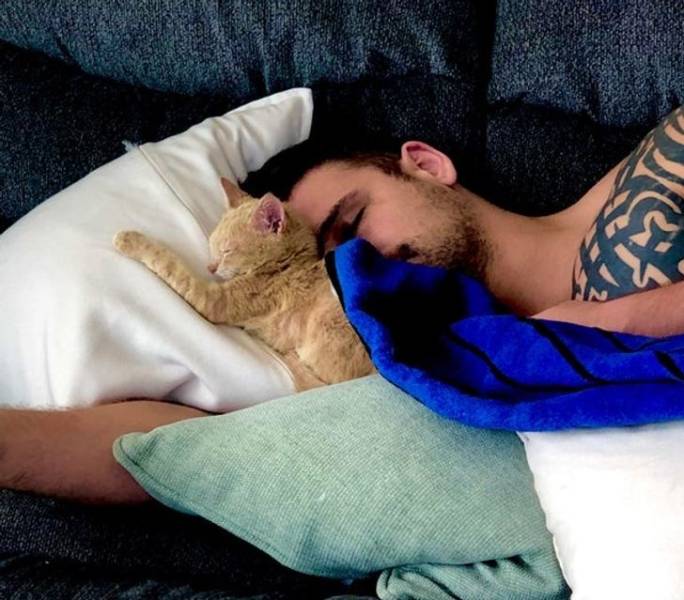 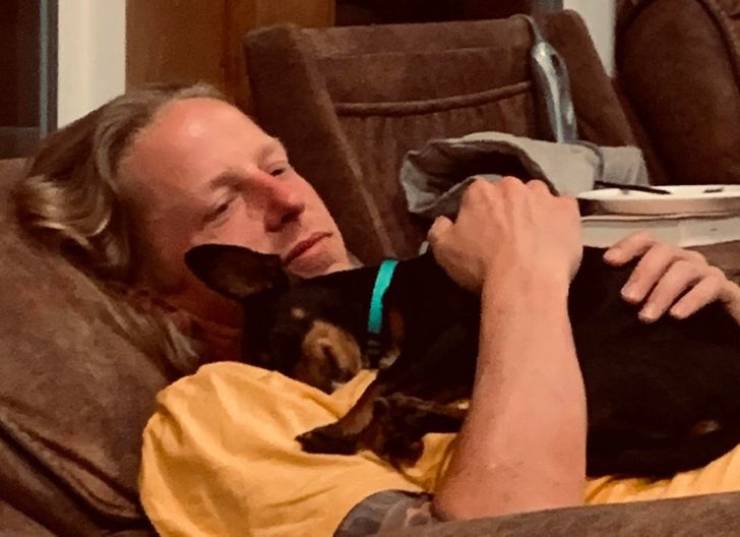 “He thought Mabel was ’gross’ when we first got her. Now she sleeps with us so she ’doesn’t get cold.’” 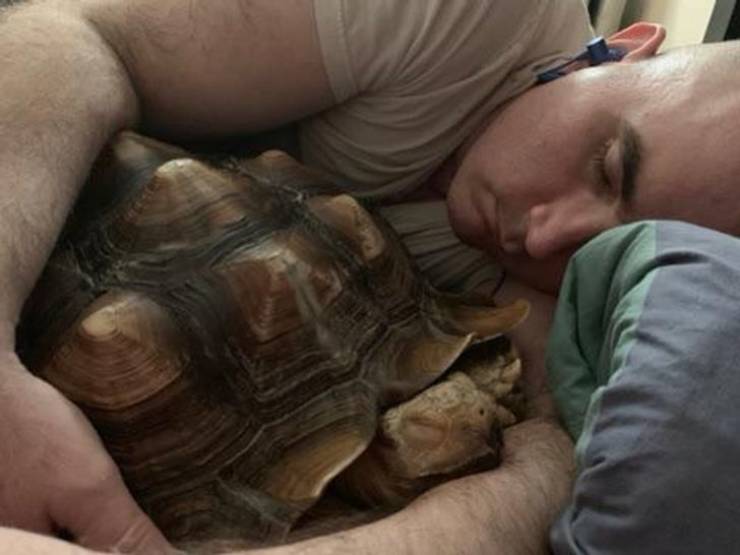 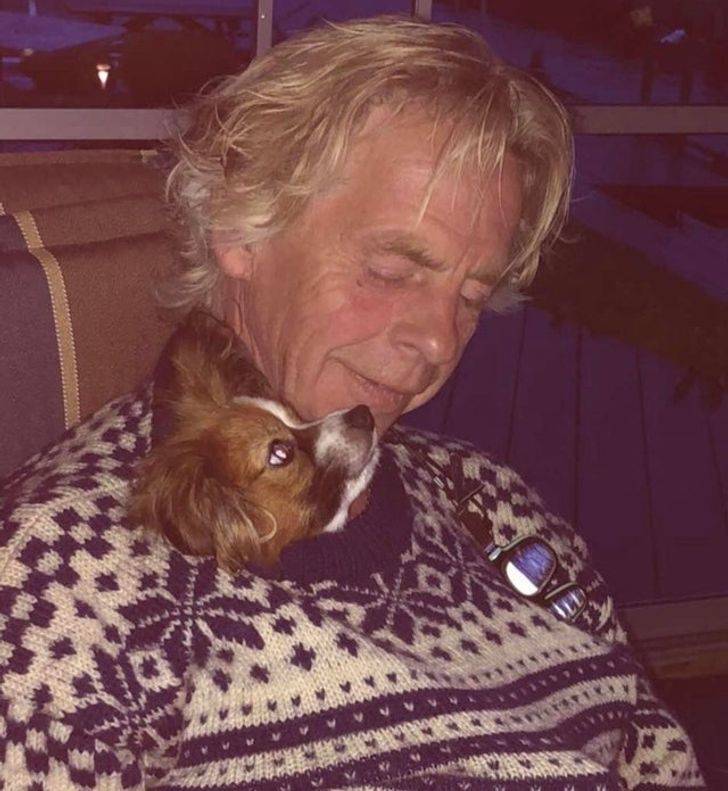 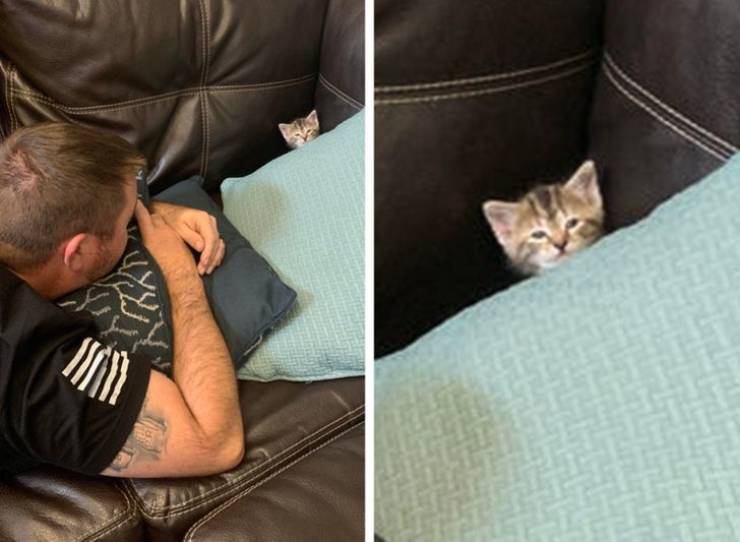 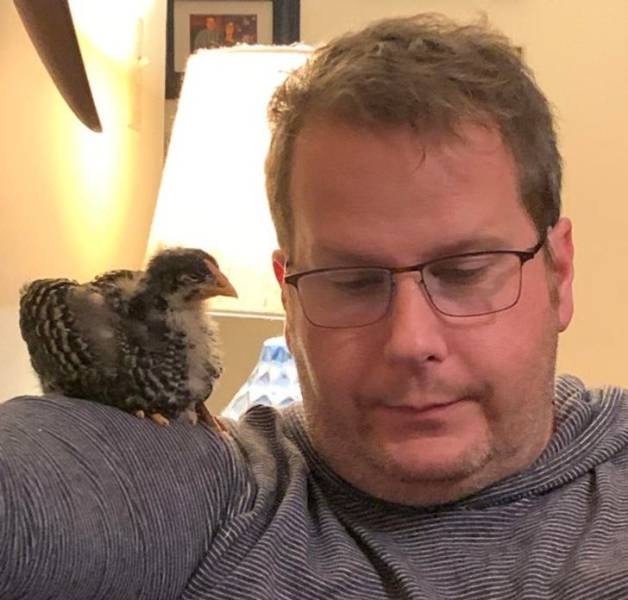 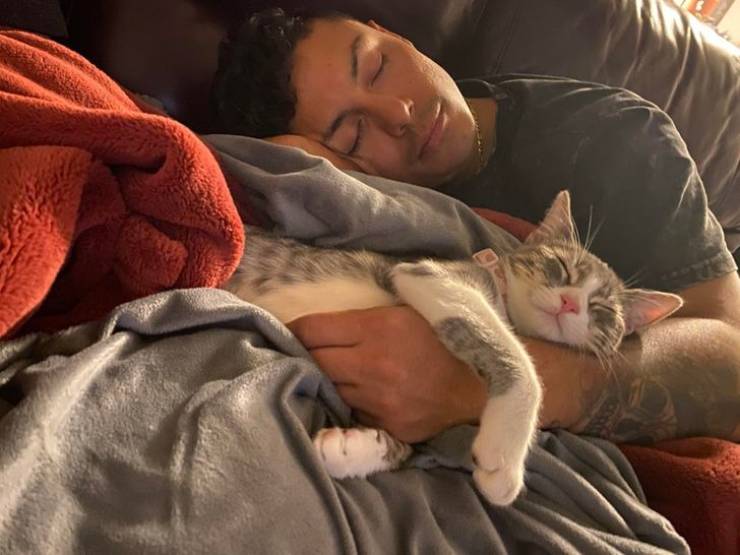 “No dogs in the house,” he once said. 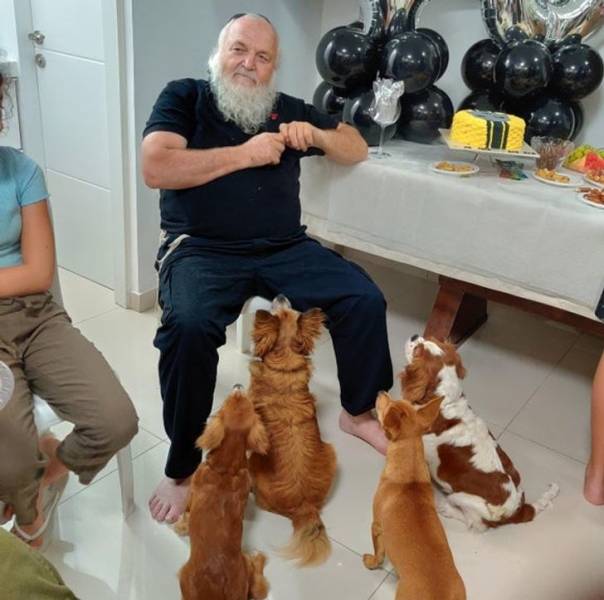 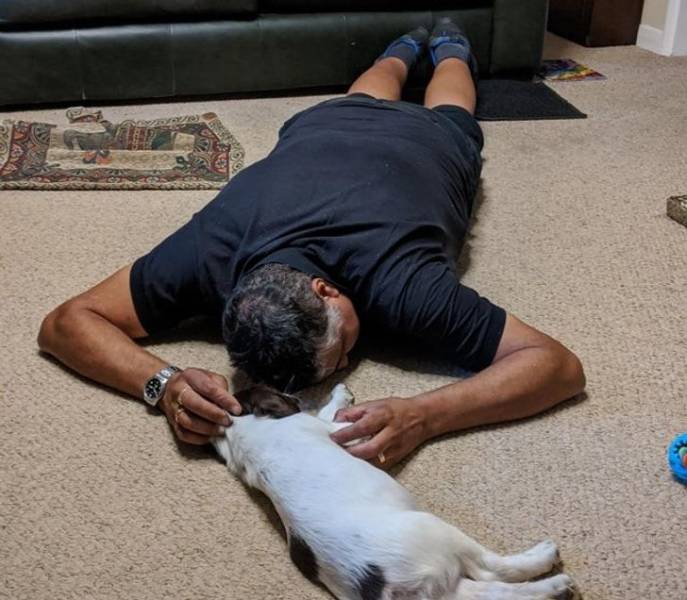 “There is nothing good about cats -my dad.” 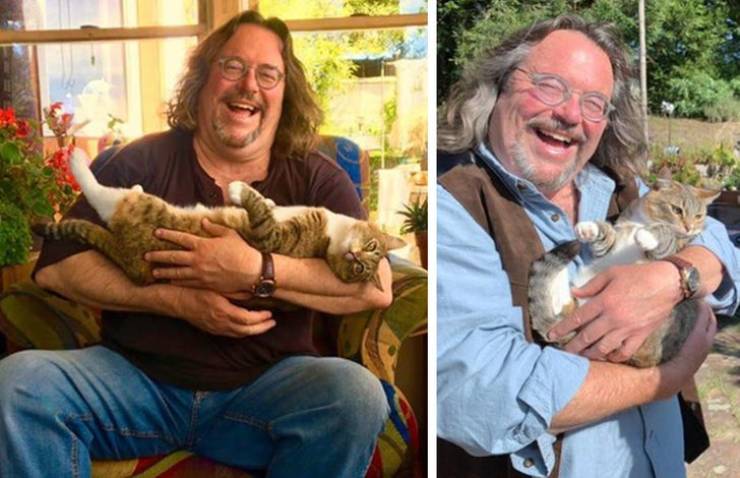 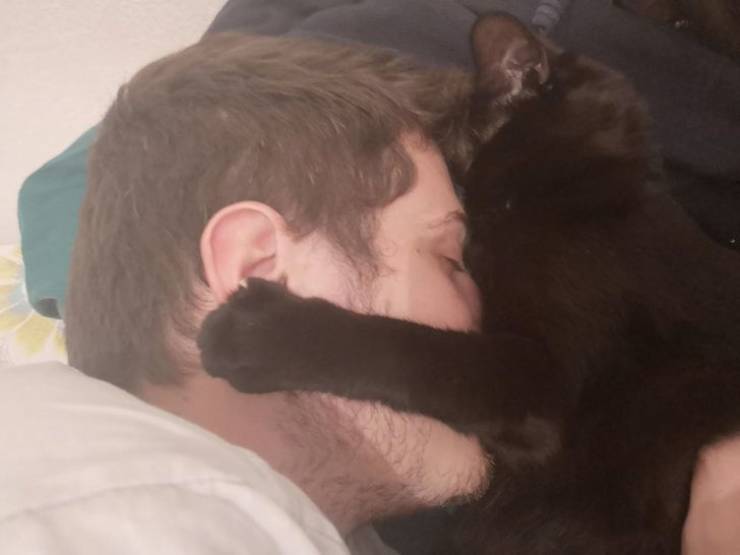 “Got Leeroy a couple of weeks back. My girlfriend didn’t want a cat and still tells friends she doesn’t like him. Yeah... ok.” 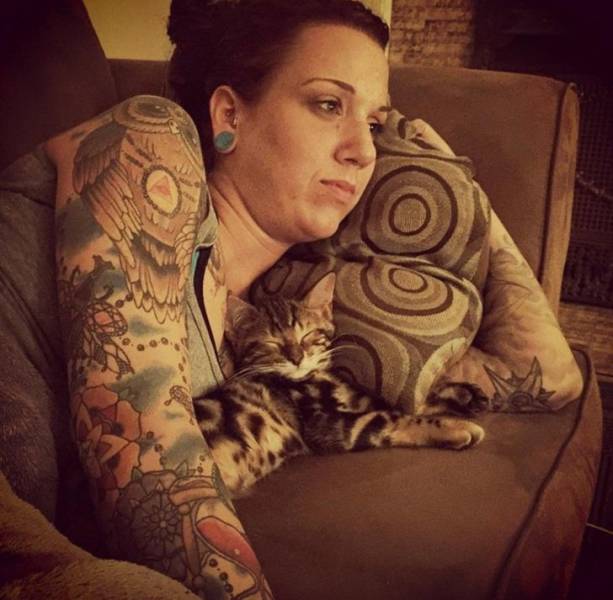 “My husband after not seeing him for almost 2 weeks. Forget greeting the wife and children. He missed his ‘baby’!” 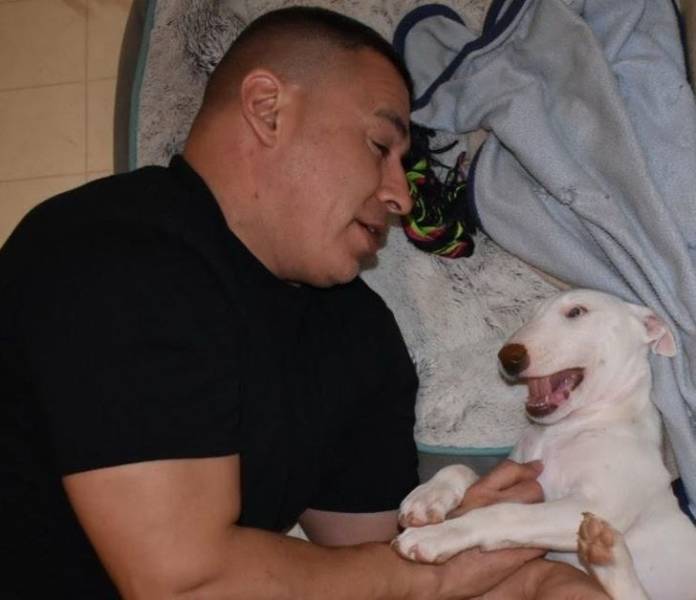 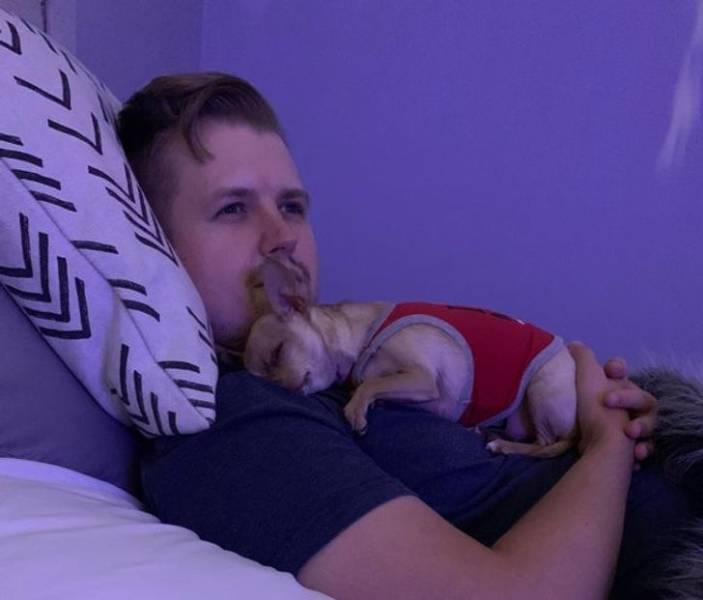 “I don’t want anything to do with a dog” 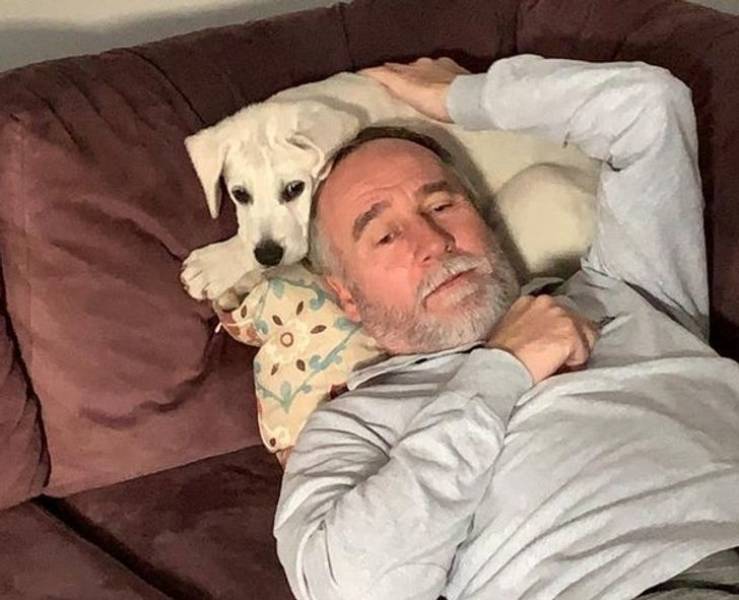 “Dad then: “dogs are too much responsibility.” Dad now: “he is my favorite...he goes to the park with me every morning.” 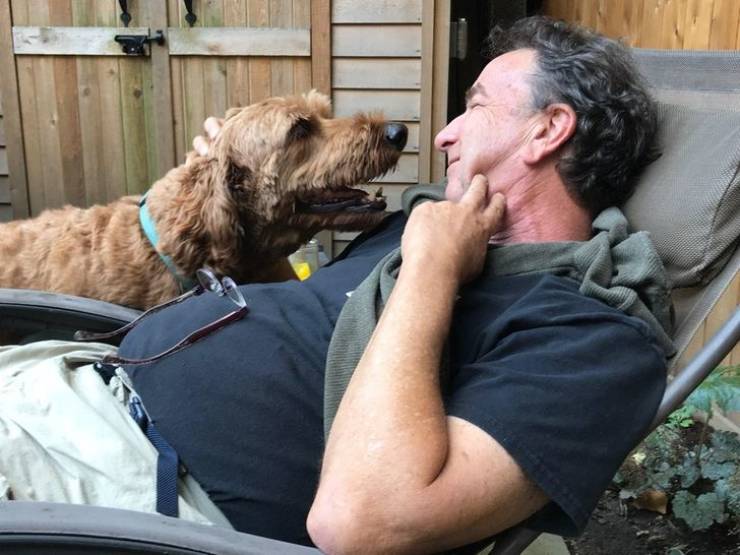 “He was originally opposed to getting kittens. “Don’t move them! They like sleeping on the bed!” 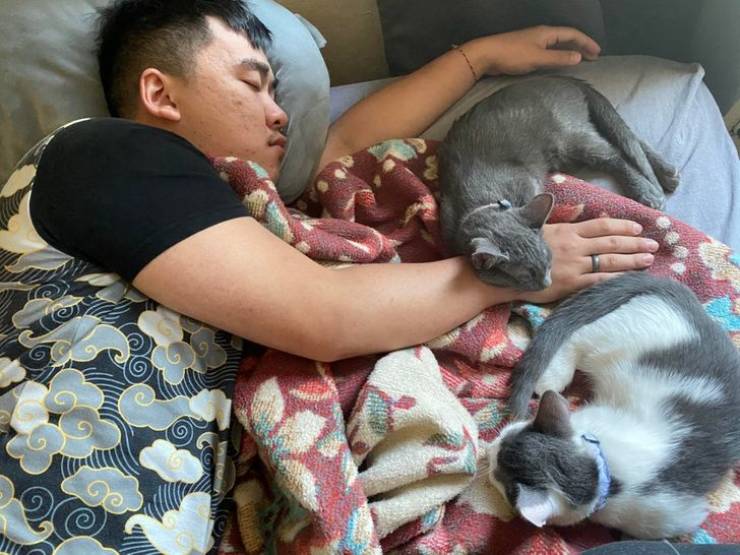 “Just to clarify, these are your cats! I want nothing to do with them!” 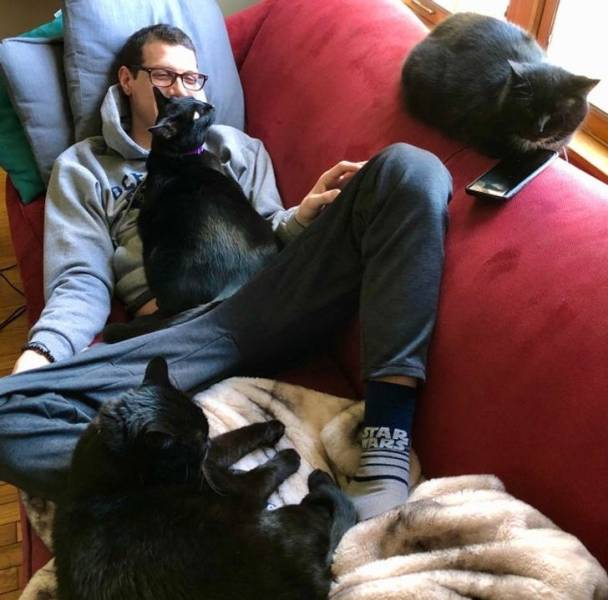