Even Seemingly Insignificant Movie Details Can Have Hidden Meaning! (26 PICS) 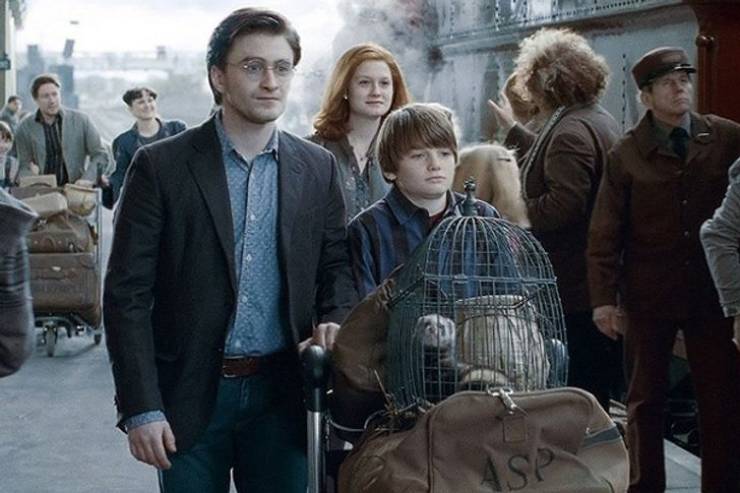 Once, Alastor Moody transformed Draco Malfoy into a ferret. A pet that sits inside Albus’ cage refers to that episode.

In the movie, Harry Potter and the Prisoner of Azkaban, Professor Remus Lupin sleeps for his entire journey to Hogwarts. There’s a reason for that. The scene happens on September 1, 1993. The moon was full that night, so Lupin’s exhaustion is natural because he had to turn into a werewolf. 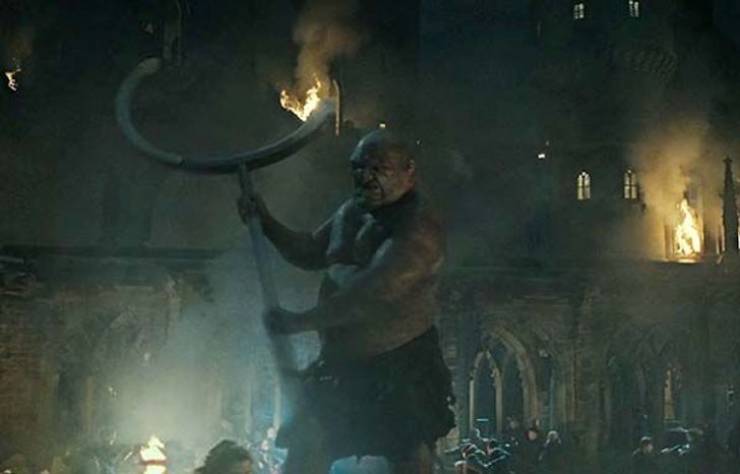 In the movie, Harry Potter and the Deathly Hallows — Part 2, one of the giants uses a quidditch ring as a weapon during the battle for Hogwarts.

In the first movie about Harry Potter, Harry, Ron, and Hermione talk to Hagrid. We can see Gryffindor scarves on them. Hermione’s scarf is tied neatly, Ron’s just hangs loosely on his neck, and Harry’s is thrown over his shoulder carelessly. These scarves reflect the characters’ personalities. 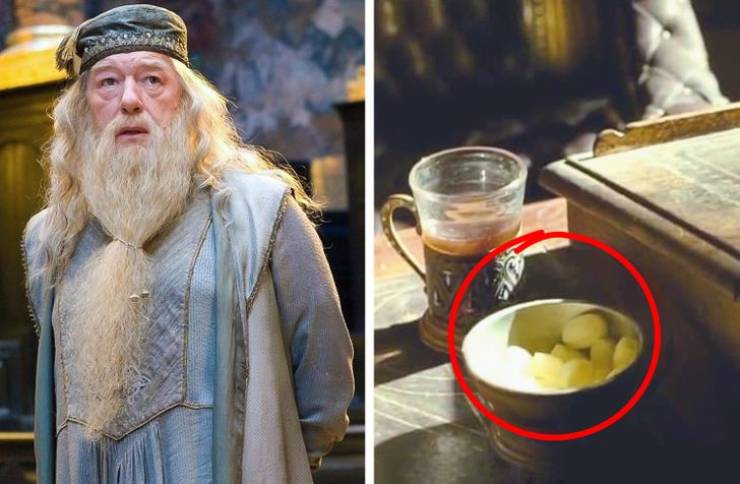 Attentive viewers noticed the food preferences of the characters. Albus Dumbledore’s favorite sweets, for example, are sherbet lemon. You can often see these on his table. Even the password to the professor’s office is the same as the name of this dessert. 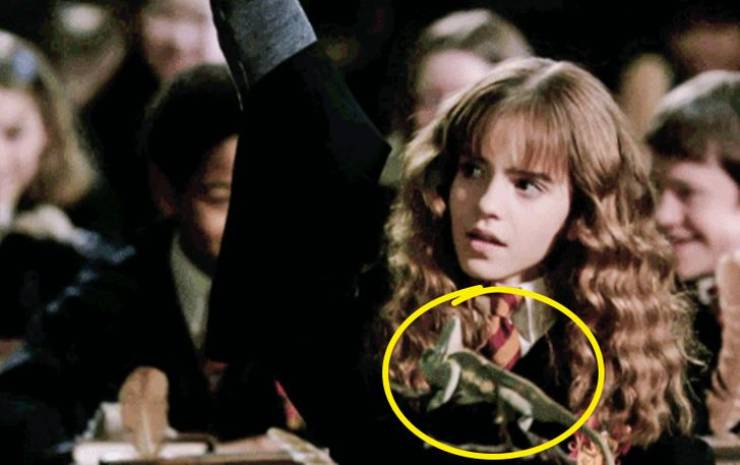 In the movie, Harry Potter and the Chamber of Secrets, there’s a chameleon on Hermione’s desk. Many people decided that the film director hinted here that later the characters would have to make the polyjuice potion to take the form of the Slytherins. 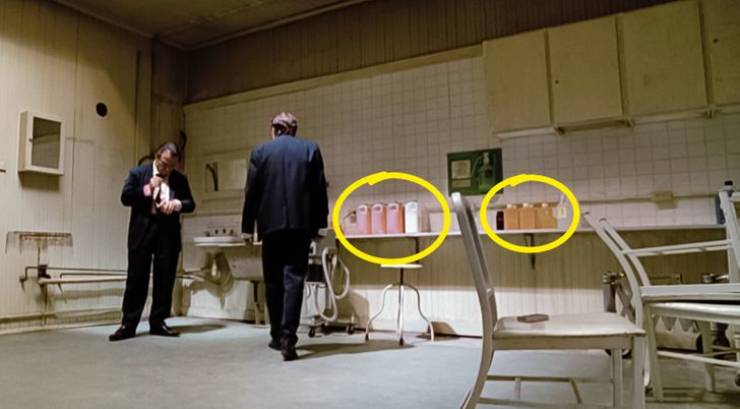 After the robbery of a jewelry store, Mr. Pink says that someone turned them in to find out who could work for the police. Later, we find out that the traitor is Mr. Orange. But we can see a hint earlier in the movie. When Mr. Pink, Mr. White, and Mr. Orange meet at the appointed place, we can see that white and pink bottles stand on one side, while orange bottles stand on the other. 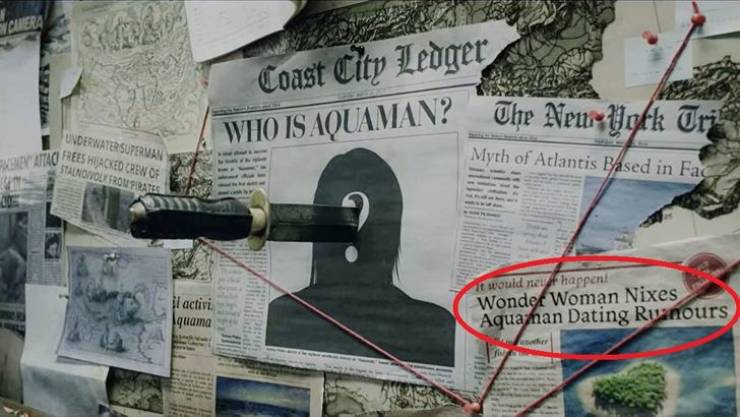 In Aquaman, attentive viewers found references to Wonder Woman. In the scene after the credits, one of the newspapers has the headline, “Wonder Woman Nixes Aquaman Dating Rumors.”

While Aladdin was talking to Genie, the magic carpet built the Disney castle out of sand. 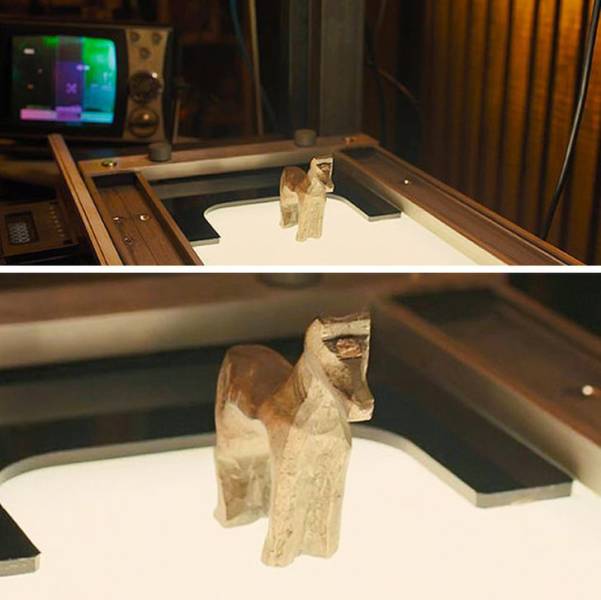 The wooden horse is actually a unicorn. If you look closely, you’ll see a horn that was filed away. The idea of the unicorn is very important to the story. Deckard saw this mythical creature in his dreams.

Guardians of the Galaxy 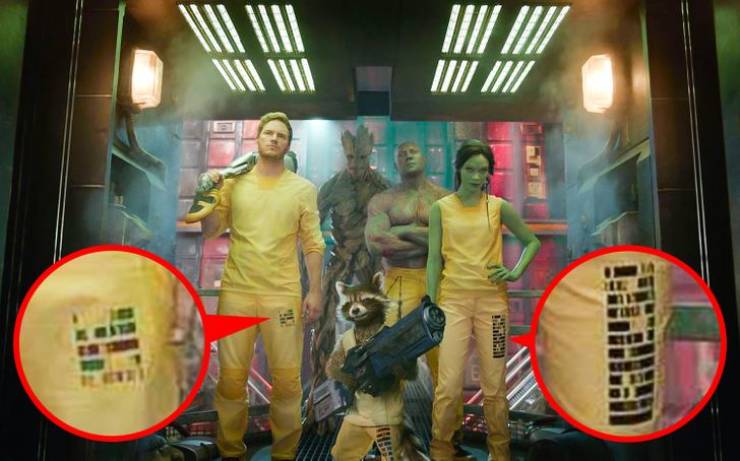 Each line on the characters’ prison outfits corresponds to the crimes they committed. 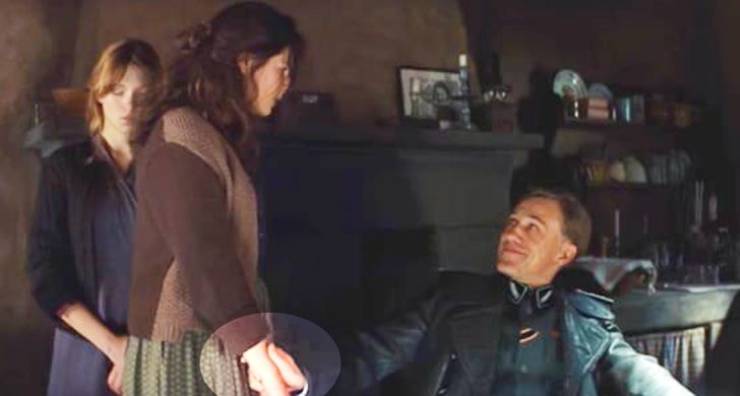 When Hans Landa questions the farmer, he touches the wrist of one of the daughters momentarily to feel her pulse and understand whether the family is hiding something or not.

Fantastic Beasts and Where to Find Them 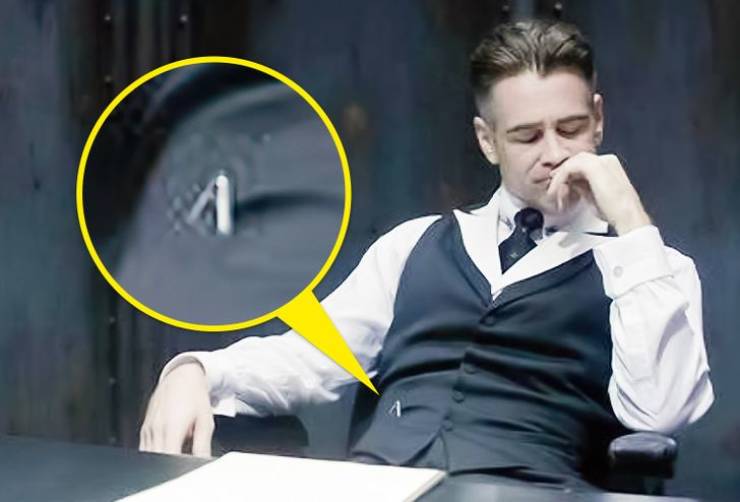 During Newt’s questioning, we can see the necklace from Harry Potter and the Deathly Hallows in Graves vest pocket. Graves will give it to Credence Barebone in the shape of Elder Wand. 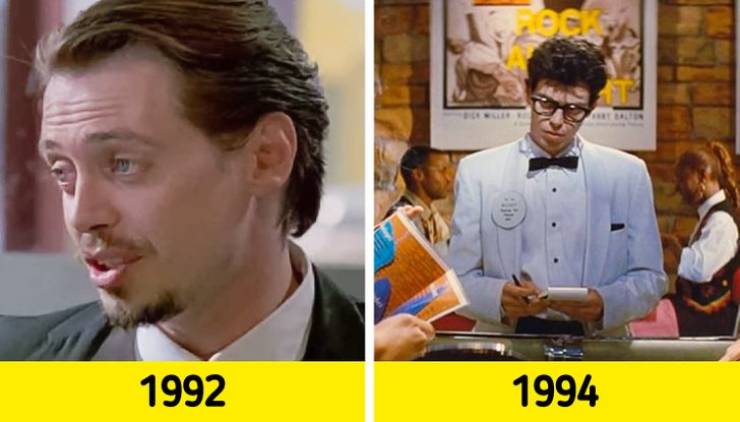 We admire Quentin Tarantino’s sense of humor. In Reservoir Dogs, Steve Buscemi, who played Mr. Pink, said that he never left tips for servers. 2 years later, he played a waiter in Pulp Fiction.

Apparently, Robert Zemeckis believed that John Kennedy and Marilyn Monroe had an affair. At least, her photo in the bathroom of the White House hints at that. The written message says: “To John with love.” 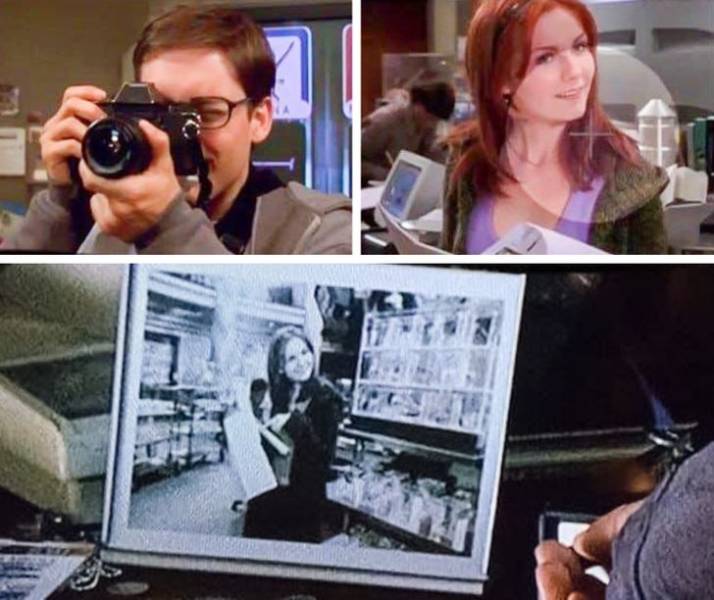 In the third part of this film series, you can see Mary Jane’s photo that was taken by Peter Parker in the first movie. 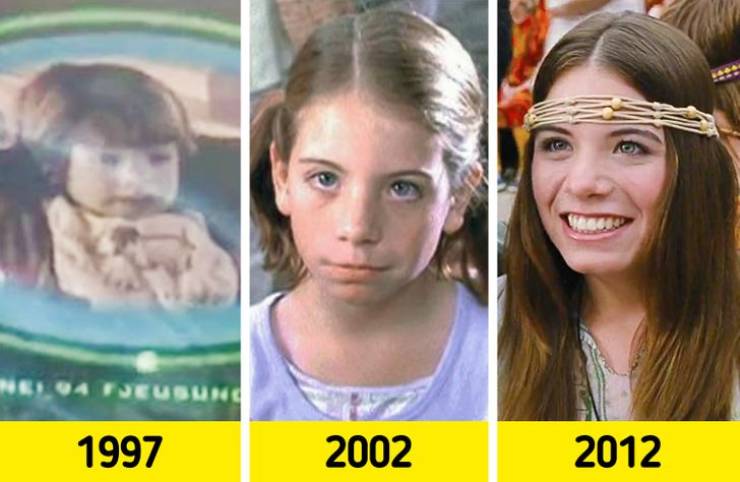 There’s the same incidental character in all 3 installments of this movie. The part was performed by Chloe Sonnenfeld, the film director’s daughter. You can see her on the computer screen in the first part, in the post office in the second part, and as a hippie girl in the third. 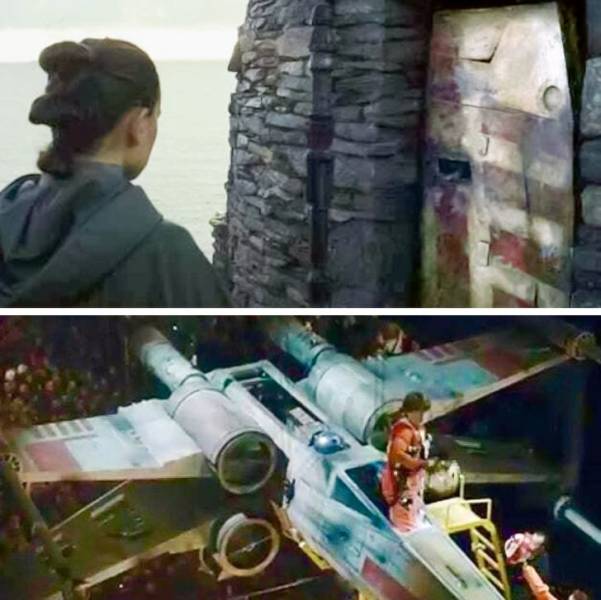 The door to Luke’s cabin is actually the wing of a fighter aircraft. 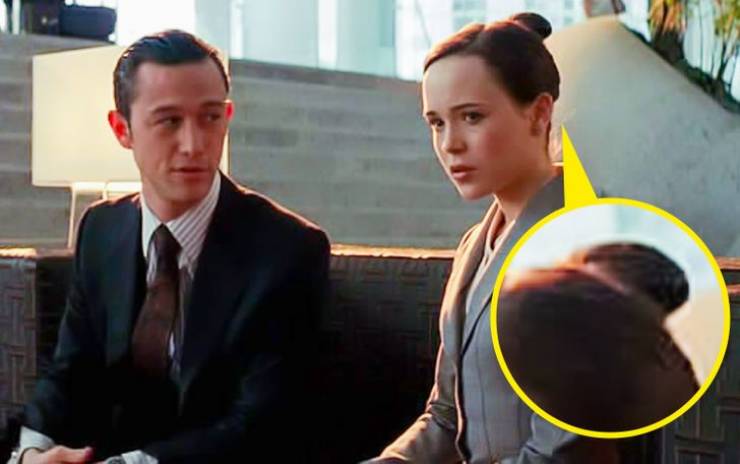 In the hotel scene, Ellen Page’s hair is tied in a bun. The film’s creators asked the actress to do this so that they wouldn’t have to wonder how her hair should look in the weightless state. 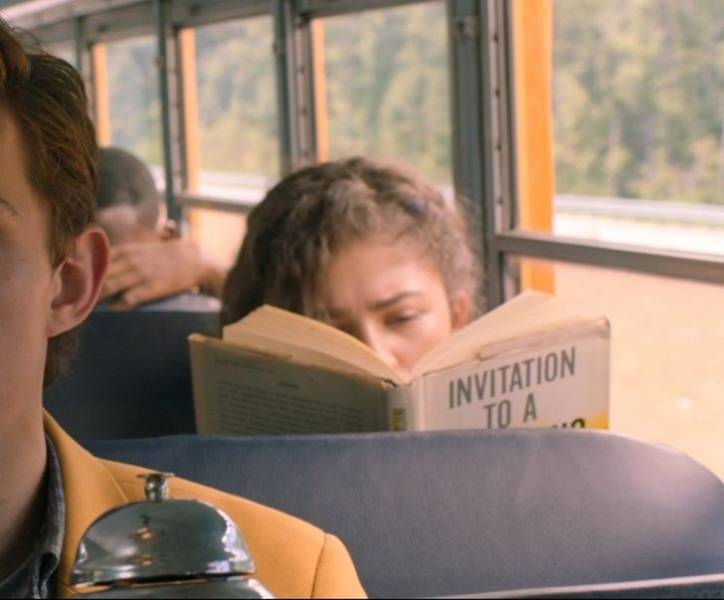 During the bus trip, MJ reads Invitation to a Beheading by Vladimir Nabokov. The main character of the story talks to a spider.

You can find the “hidden” David Bowie faces who starred in Labyrinth in a few scenes of the movie.

The League of Extraordinary Gentlemen

Captain Nemo and most of his crew are from India. That’s why the English inscriptions on his boat are written in Sanskrit style. 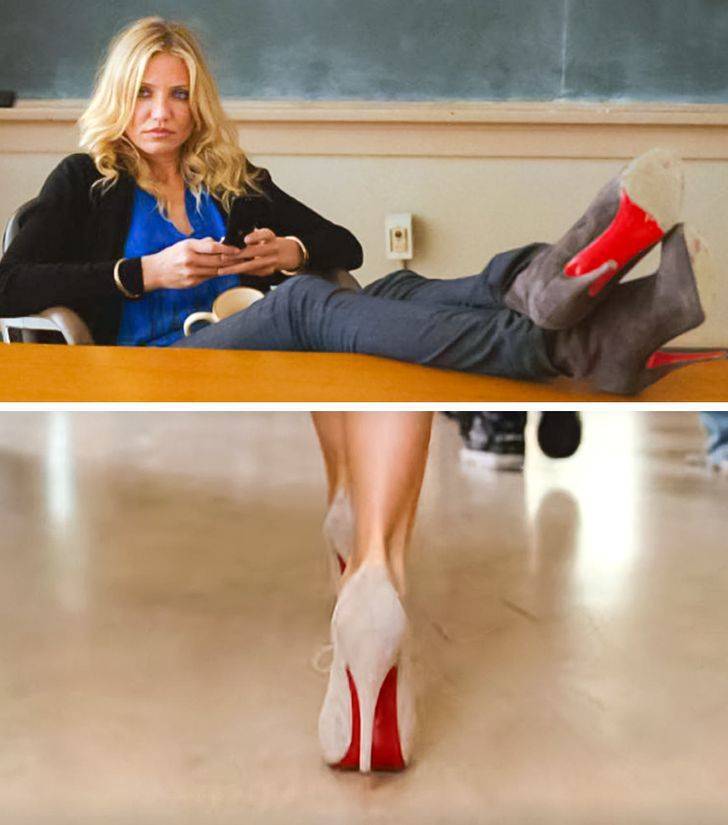 After breaking up with her boyfriend, Cameron Diaz’s character wears worn-out Louboutins. But at the end of the movie, she flaunts a new pair — she preferred to spend the money she saved not on breast implants but on a new pair of expensive shoes.

When Nina sees Lily dancing for the first time, Leroy approaches her from behind and begins to talk to her. However, we can’t see how he entered. Perhaps he’s just Nina’s hallucination. 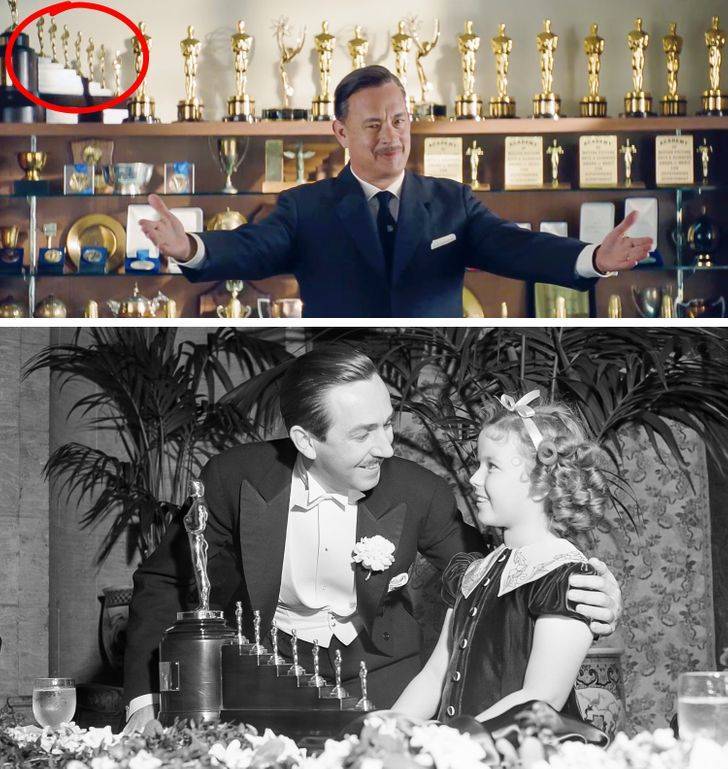 In the movie, Saving Mr. Banks, where Tom Hanks plays Walt Disney, we can see 7 unusual Oscar statuettes. Walt Disney got them for his Snow White and The Seven Dwarfs animated film.

When Neo enters his boss’s office, he sees cleaning foam running down the windows. The streaks look like symbols running downward. This is how operators see the Matrix on the screen.