These Photos Are Tricky… (18 PICS) 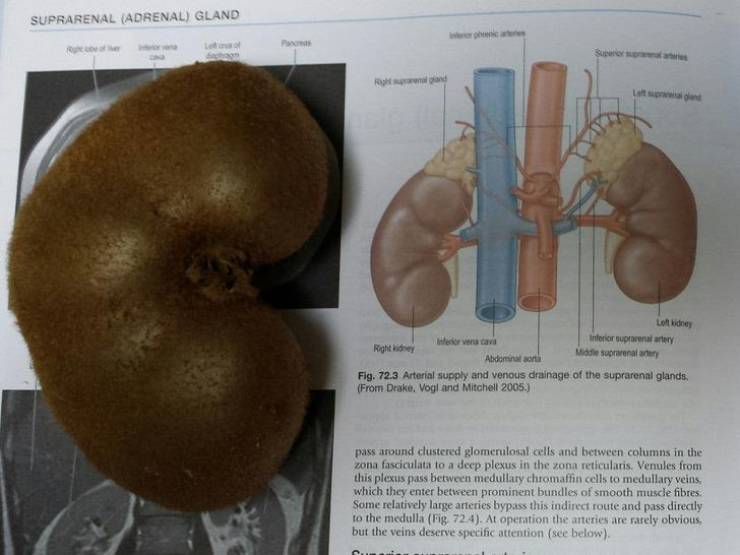 “This puddle looks like an aerial view of a forest.” 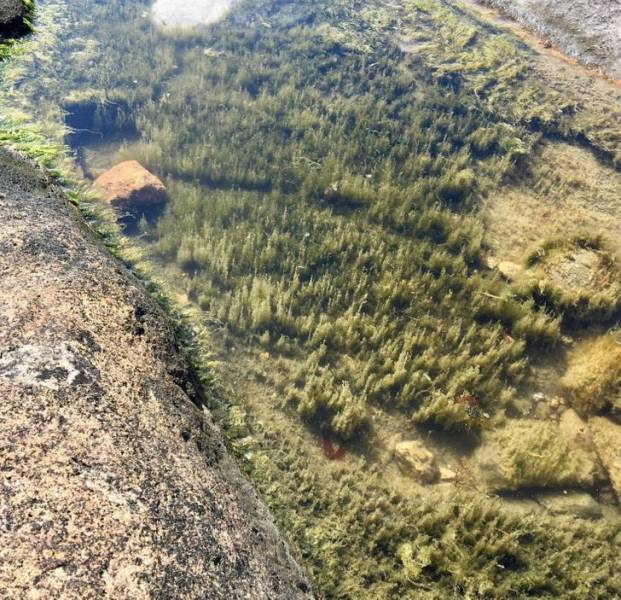 “The snow outside my porch looks like a polar bear face.” 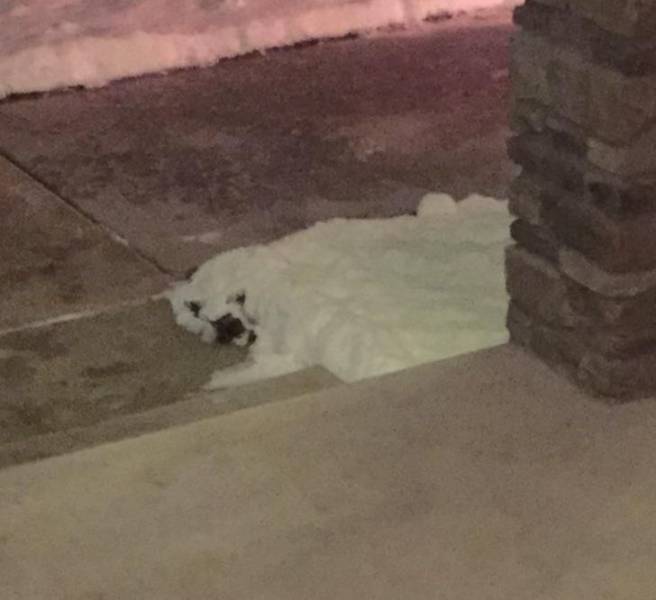 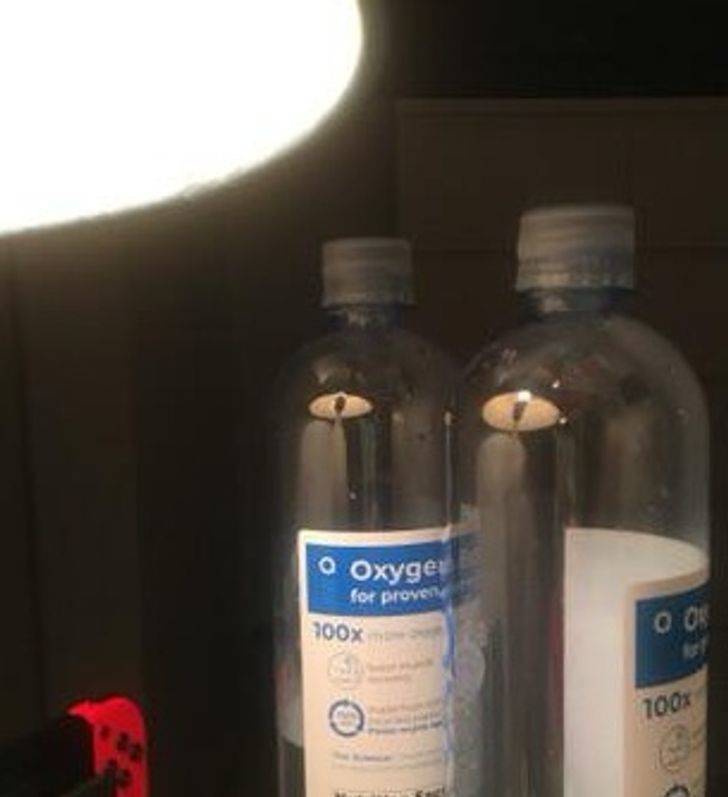 “The morning sun through steam looks like a massive fireball.” 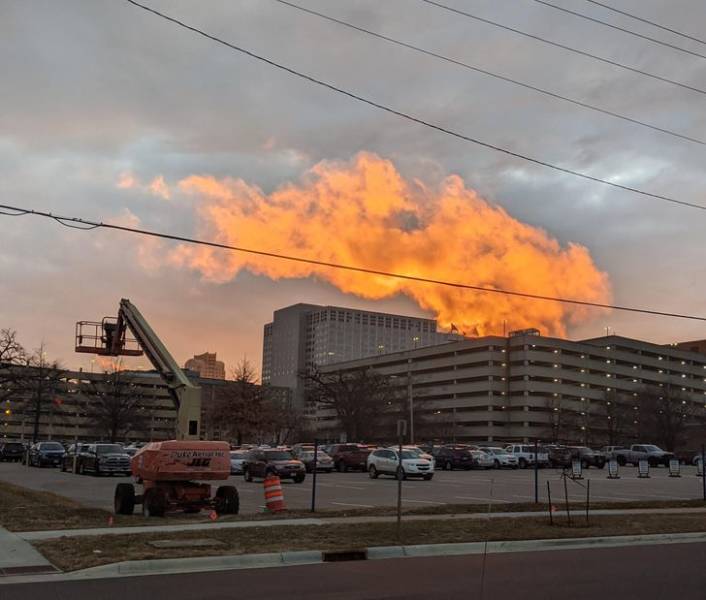 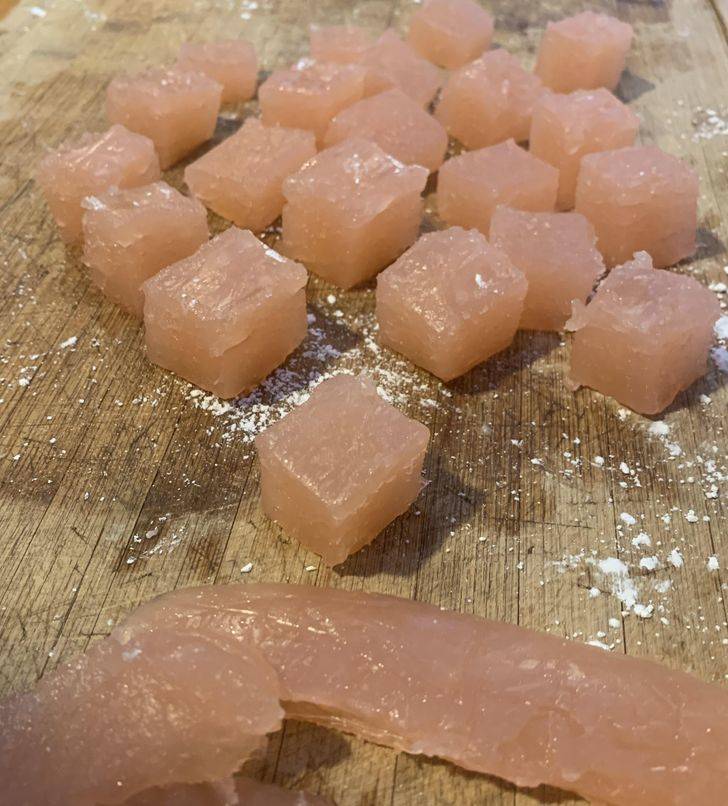 “My shirt appears to be 2 vastly different colors in different lighting.” 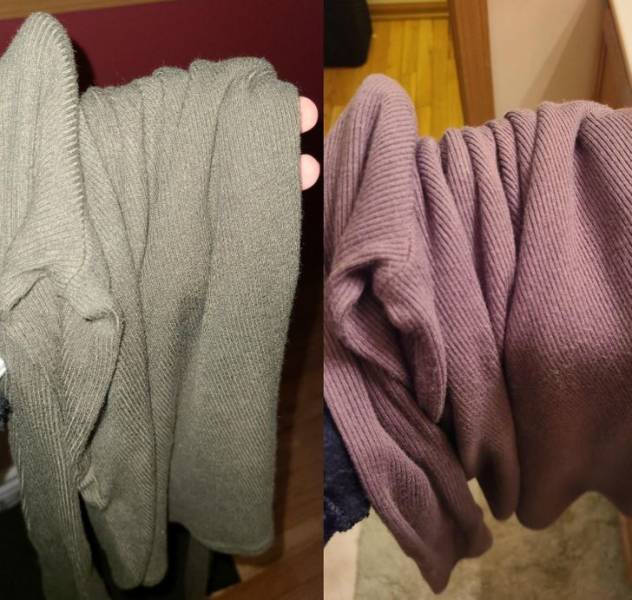 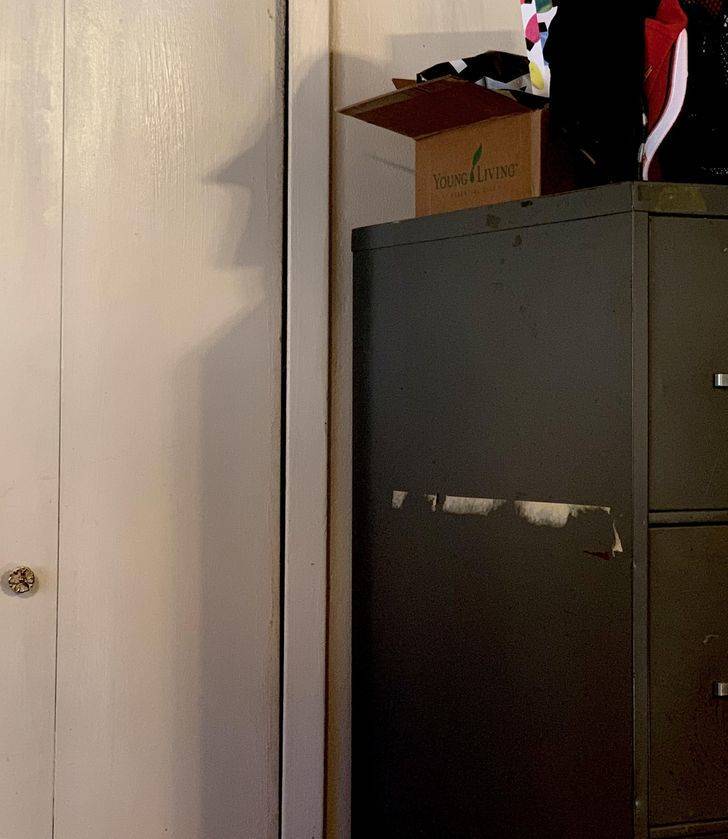 “I ran out of food coloring while making cookies and now the dough looks like a transplantable organ.” 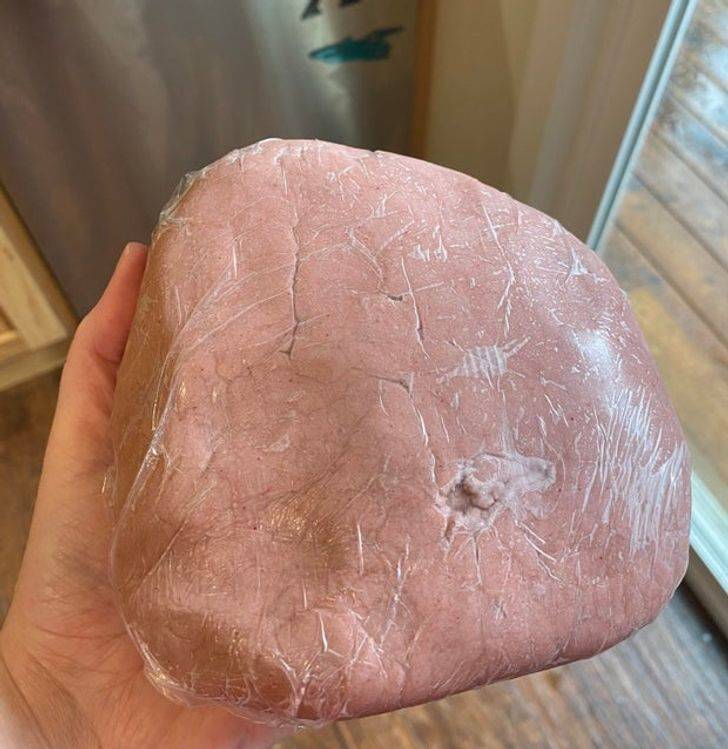 “This cat’s markings make it look like its nose is missing.” 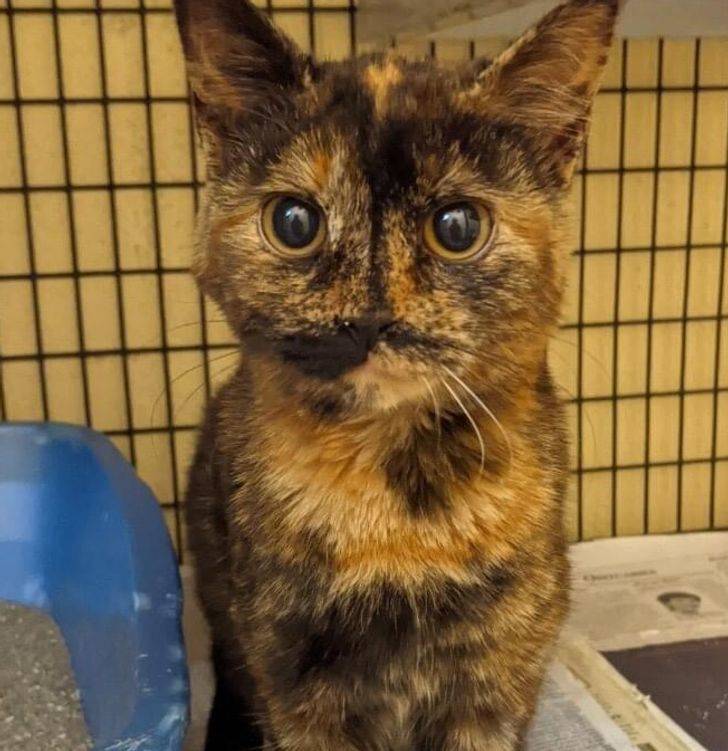 “My friend’s new surfboard was made to look like a baguette.” 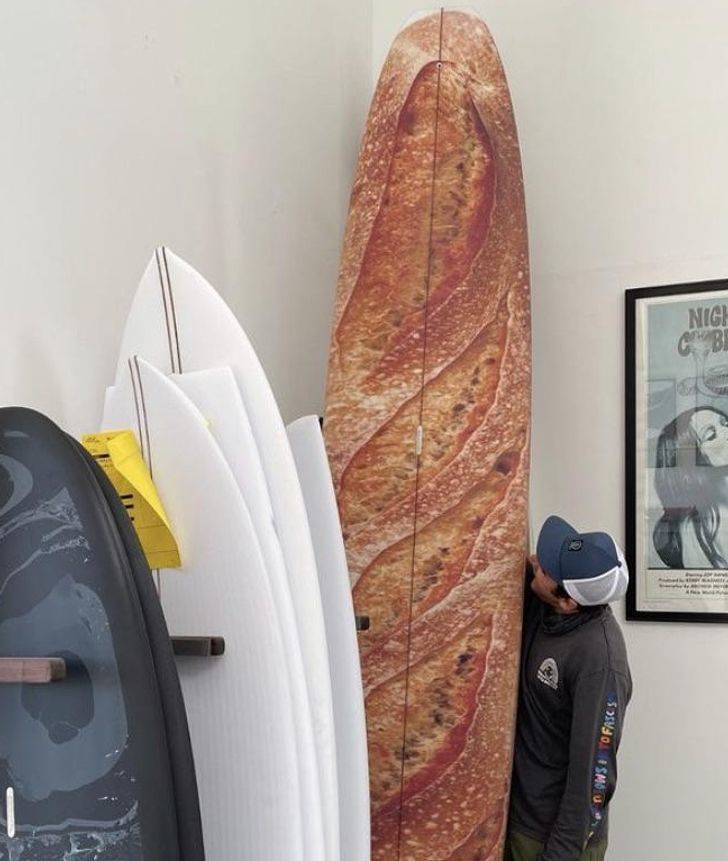 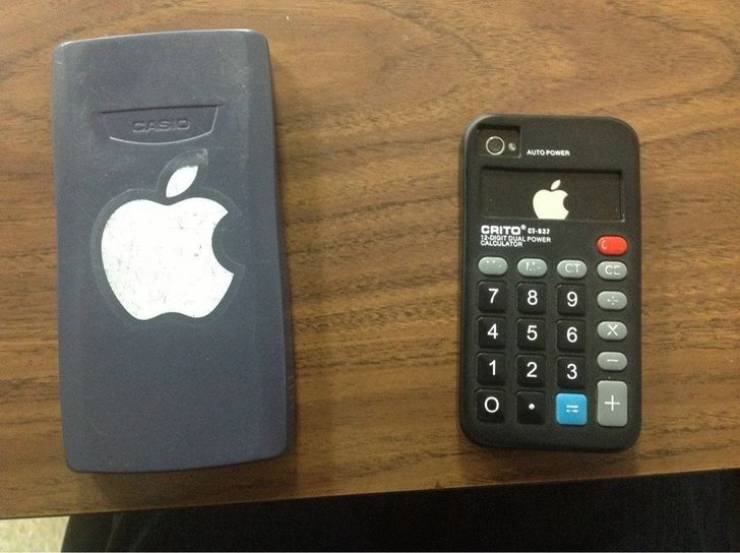 "This isn’t a shadow, it’s melting snow that looks surprisingly like the Grinch." 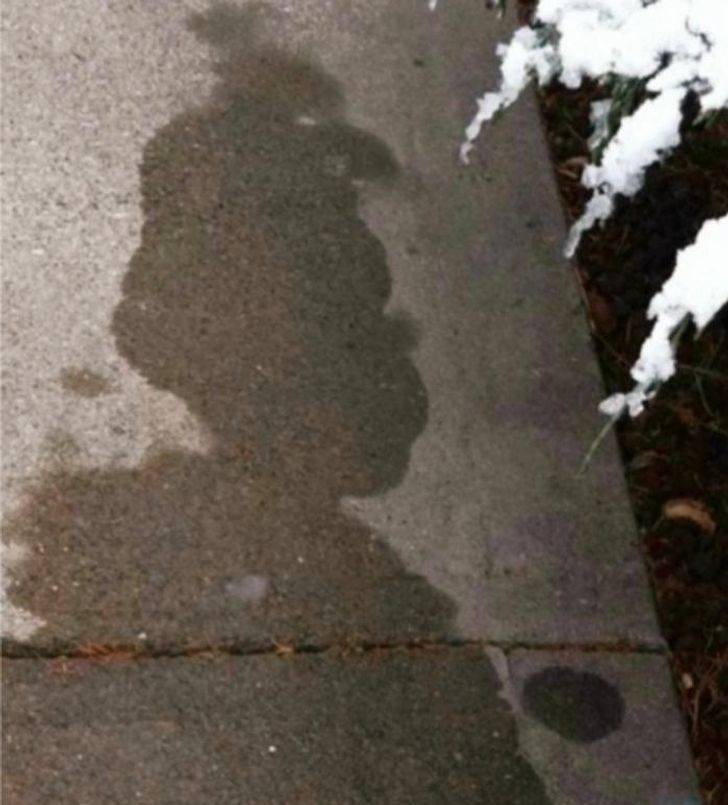 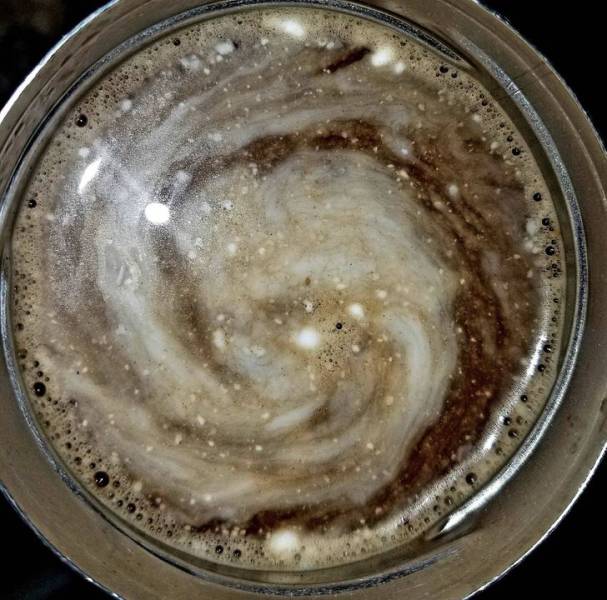 “My mother-in-law has cutting boards that look like books when they’re put away.” 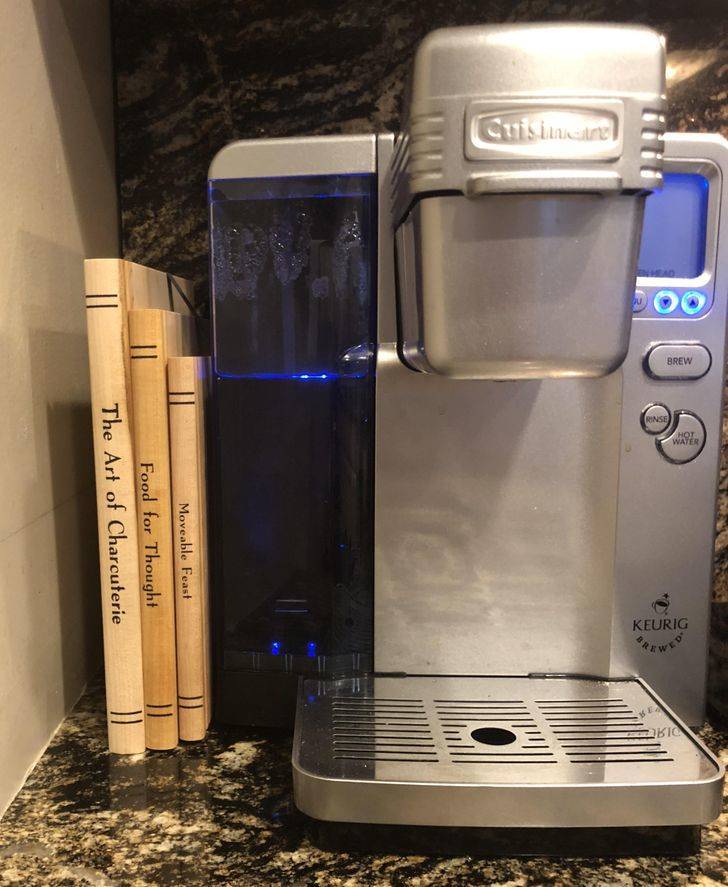 “The reflection of this coffee shop window makes it look like this car sells pies out of its trunk!” 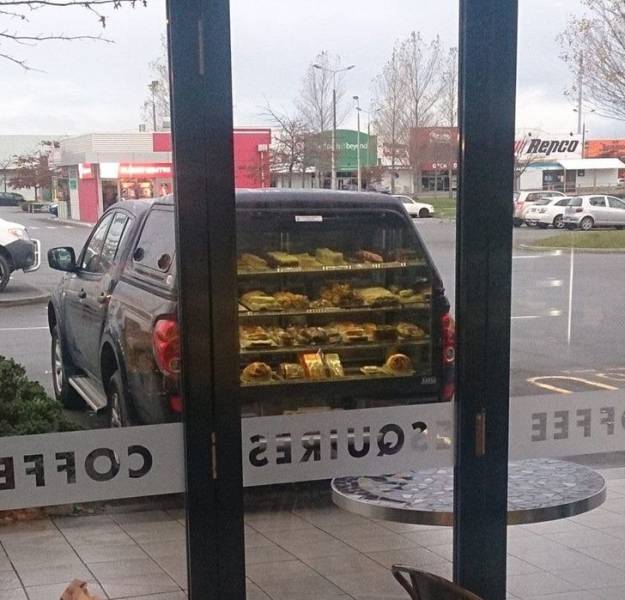 “Took this picture of a Spanish ham and it looks like it’s a massive ham standing in an airplane hangar.” 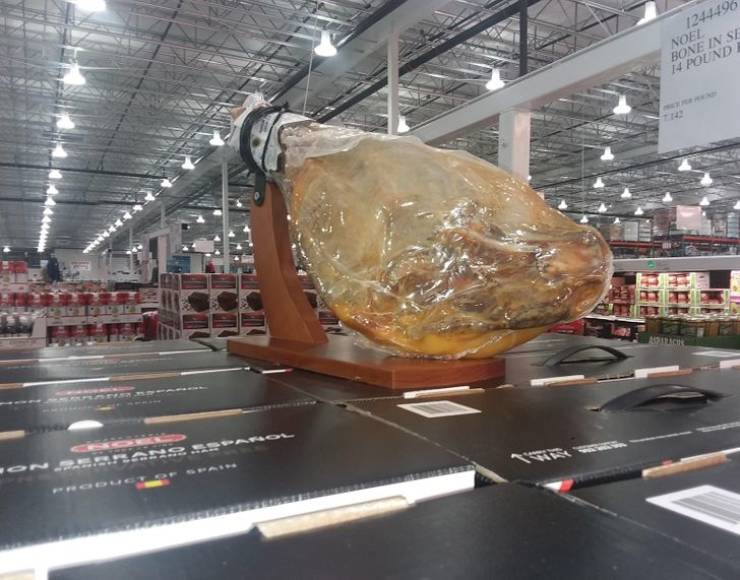 "Where are this woman’s legs? Oh, now we see them." 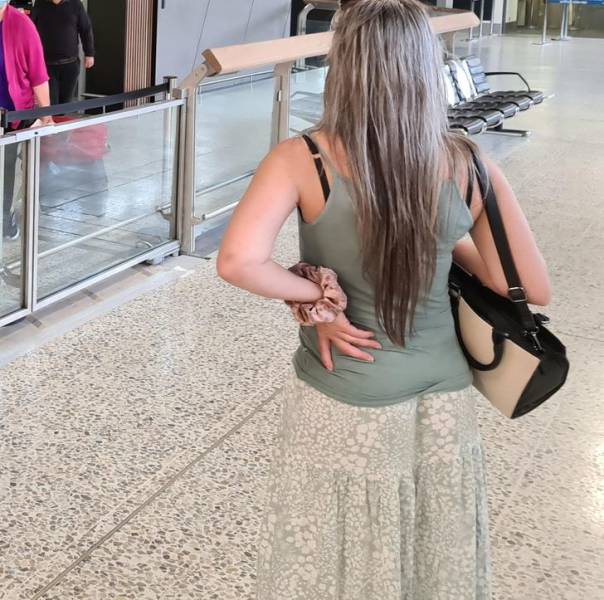