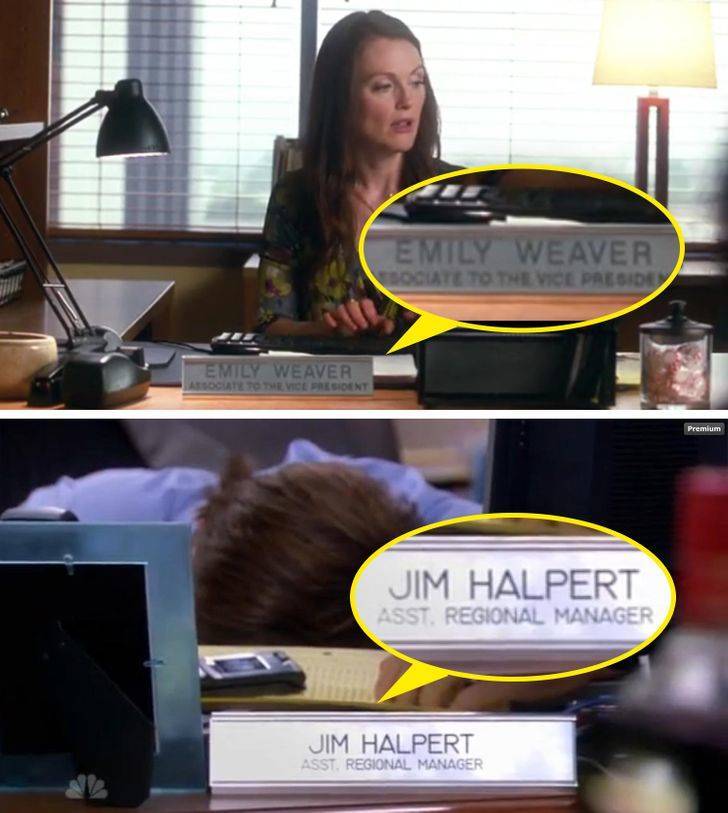 In Crazy, Stupid, Love we can see famous comedian Steve Carell playing a new part after he had just finished working on the CBS sitcom The Office. Because the series was so successful, producers from Crazy, Stupid, Love thought it was a good idea to hide an Easter Egg from The Office on Emily Weaver’s desk sign where you can read “Emily Weaver, Assistant to the Vice President.”

This is a reference to a recurrent prank from the sitcom in which Dwight, one of the characters from The Office, held a position that was invented just for him to believe that he got promoted when in fact he didn’t. The title of the position was “Assistant Regional Manager.”