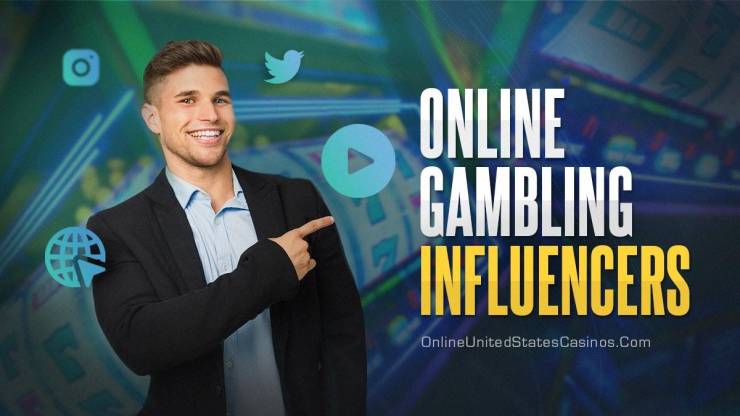 Back in the 1990s and 2000s, big-name brands would seek out any celebrity with mass appeal to help advertise their products. However, with the rise of social media, all that changed. Today, commonfolk can garner a massive audience quickly and rake in sizeable sponsorship deals from multimillion-dollar companies. Influencer marketing is now all the rage, as 65% of advertising personnel claim that their influencer spending increases dramatically year on year.

Many not into interactive gaming may think – how can gamblers build an internet following? Well, they can do so by streaming their online sessions and showing off a great deal of charisma while spinning reels or playing hands at live blackjack tables. Online casinos are also rising in popularity, so gambling operators are wise to the latest marketing trends, and they hire influencers to play on their sites to promote them. So, let us review the ten most established names in this niche.

There is no doubt that Ismael Swartz, who goes under the moniker Roshtein, is the most popular gambling influencer around. The fedora-wearing Swede has been active since 2016, and in the past five years, has amassed 642,000 followers on Twitch. He is friends with streamer OpTic Predator. As the latter, Roshtein also likes to make gameplay videos of himself enjoying the Gears of War and Call of Duty franchises.

Cody Burnett is a Canadian gaming streamer that loves Call of Duty and goes by the online nickname Xposed. He has been active on Twitch for over six years, and one of the gimmicks he utilizes to add more flavor to his channel is inviting fans to be a part of his feeds. Gambling-wise, he mostly sticks to slots and blackjack. Cody’s fan base on Twitch is at 370,000 followers.

Disclaimer. DocJazy is not a medical professional. He is a French YouTuber and gambling streamer. His YouTube presence mainly consists of video blogs that show him remodeling and buying cars. Such videos of him exploring his passion rack up close to a million views on YouTube, where he has 1.7 million subscribers. His gambling content mostly stays on Twitch, where he has 330,000 followers.

Classy Beef is not a person but a collective of gambling streamers. They have been on social media for around two years, pulling in impressive figures. They claim that they are the fastest-growing gambling channel on YouTube. However, with only 24,000 subscribers, it is hard to believe that. But there, Twitch’s presence is decent, as they boast over 180,000 followers on the streaming platform.

Casino Daddy is a team of three Swedish brothers who are in their late-20s to early-30s. Their names are Karl, Erick, and Mathias Joelsson. They created the Casino Daddy brand in 2016 and are one of the most prolific streamers around. They found almost instant success on Twitch but have faltered when it comes to attaining a more massive following. Their numbers have been hovering around the 180,000-mark for a while now.

CrazyDomme is a German gambler that went live on Twitch and YouTube in September of 2020. He streams in English from Malta and frequently gets accompanied on his gaming adventures by his girlfriend. He has a modest following on Twitch, but his presence is quickly growing, as he managed to attain 8,000 followers in May of 2021 alone. On average, about 400 to 700 people tune in to watch him play slots. Expect to see his online presence grow in 2021.

Tony TNT and YourHostRob are two English gaming entertainers. That is what they call themselves. They reside in Malta and play slots while implementing a game-show-like vibe to their presentation, enhanced with 3D models of themselves. Their whole set-up is very high-end, and they are for sure worth checking out.

Shelly Schiff has been working in the gambling industry since 2009, mainly on the digital side of things, employed by OnlineUnitedStatesCasinos.com. However, over her eleven-year career, Shelly has provided content for many other top interactive gaming websites. She knows all there is to know about slots and has in-depth knowledge of the most popular table games. Her golden retriever Garry occupies most of her leisure time. Though, when she can, she loves reading Jim Thompson-like crime novels.