Photographer Jeremy Sutton-Hibbert photographed a Sintesti, Romania, from 1990 to 2006, documenting the life, traditions, history and outlook of the Romanian Gypsies.

These photos convey a period of dramatic changes in the gypsy camp: its people leave behind the dark past of the communist years and take the path to wealth, access to which can provide new opportunities.

The camp is gradually transformed from a cluster of houses and traditional tents, horses and carts into a village, where all income (earned by the sale of scrap metal) is spent on the construction of the fantastic houses and buying Porsche cars. But people's outlook has not changed, women still don’t access education and opportunities to work, but all of them have a strong desire to become "Europeans." 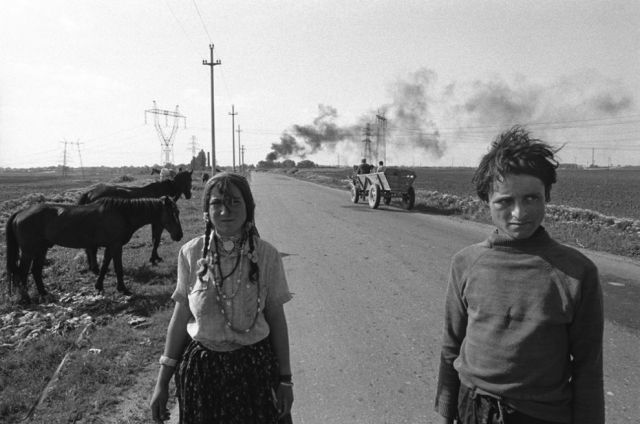 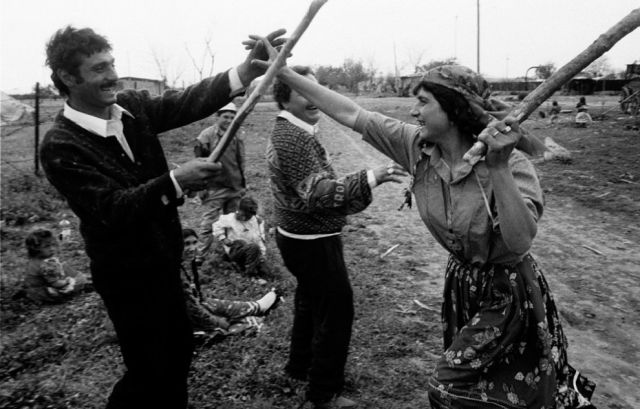 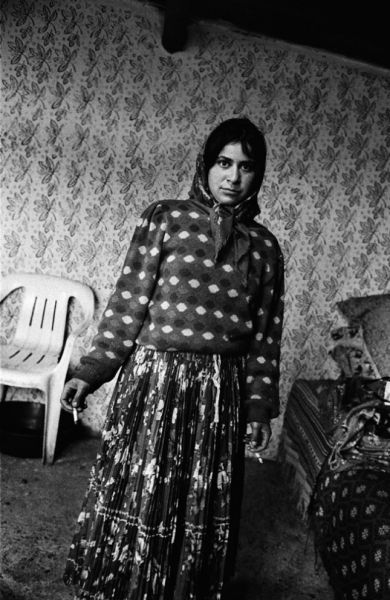 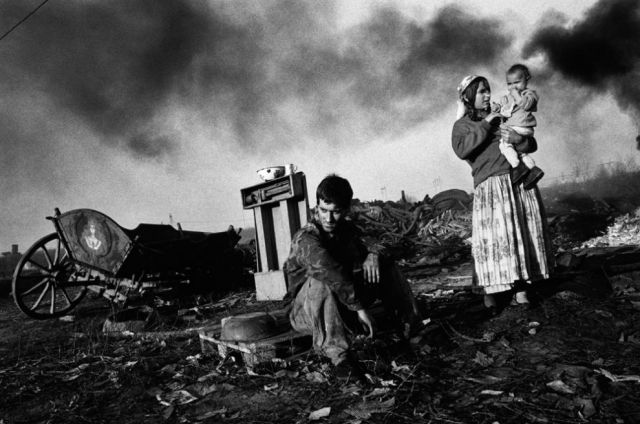 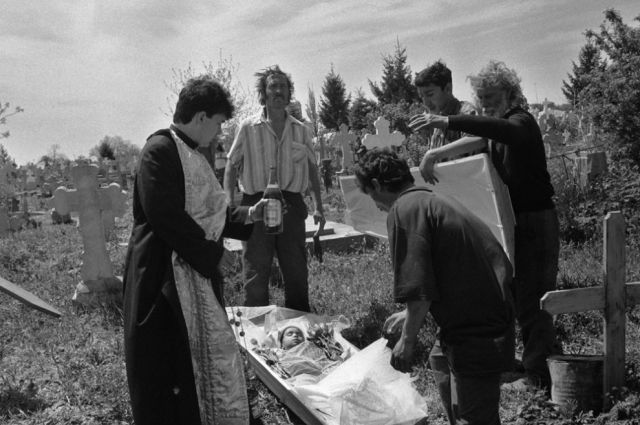 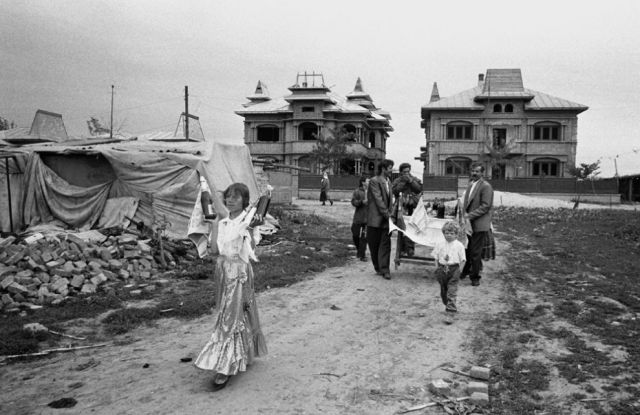 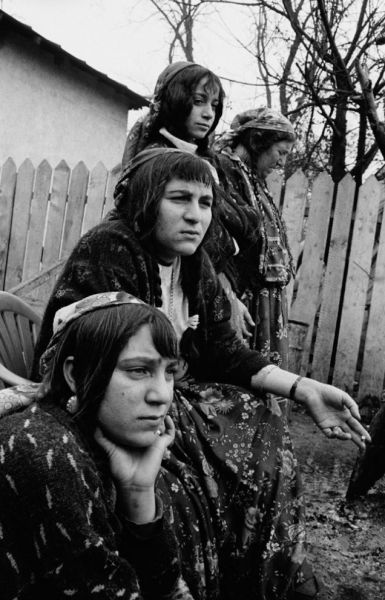 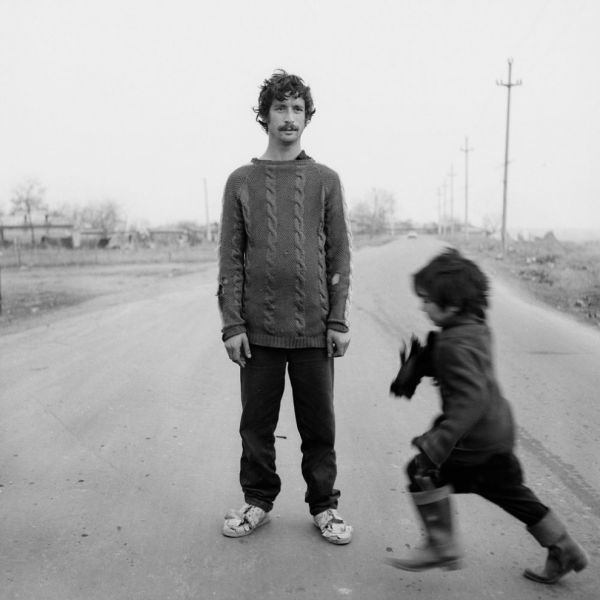 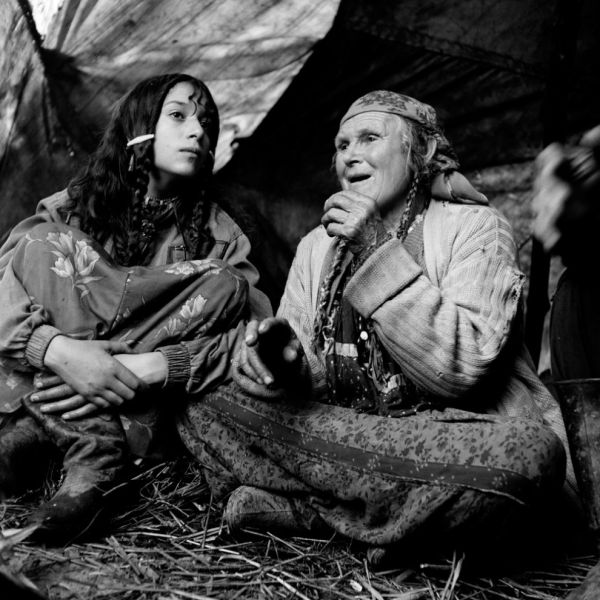 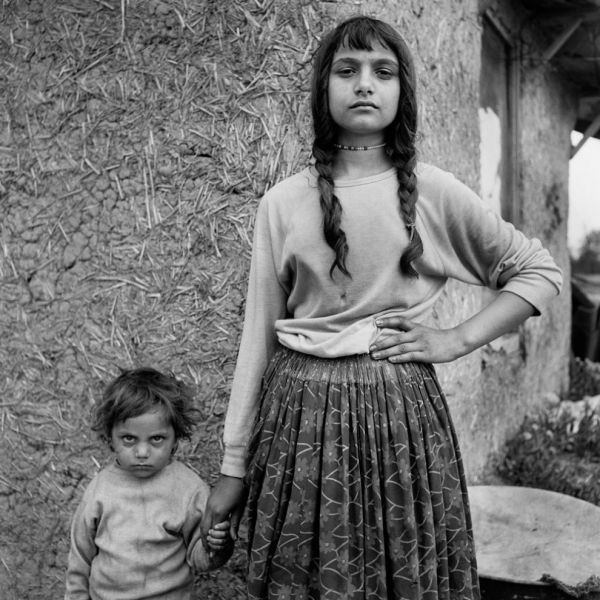 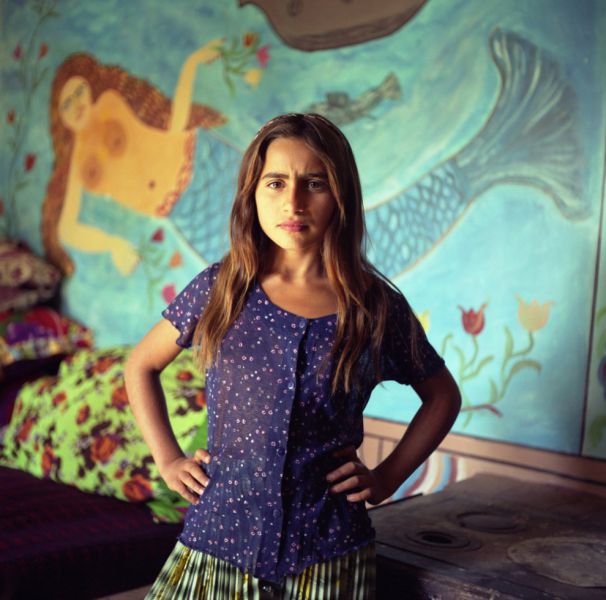 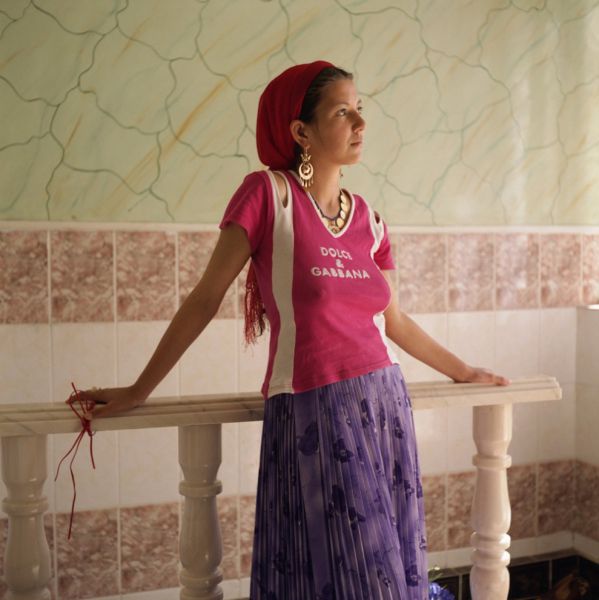 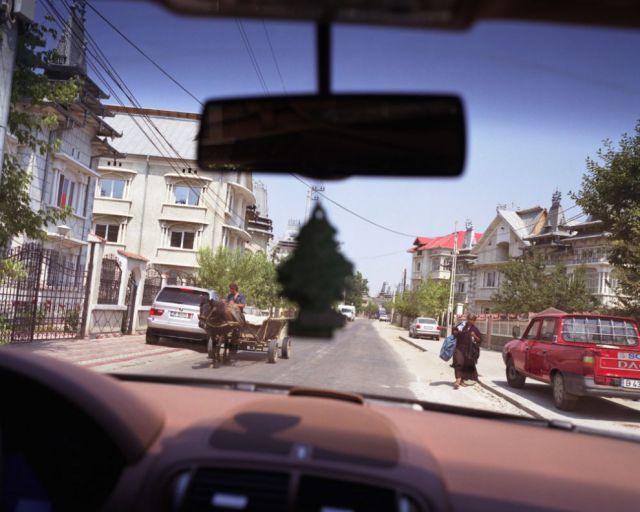 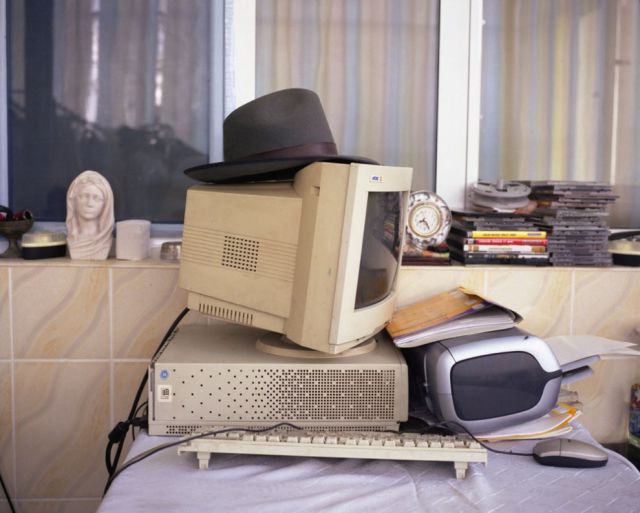 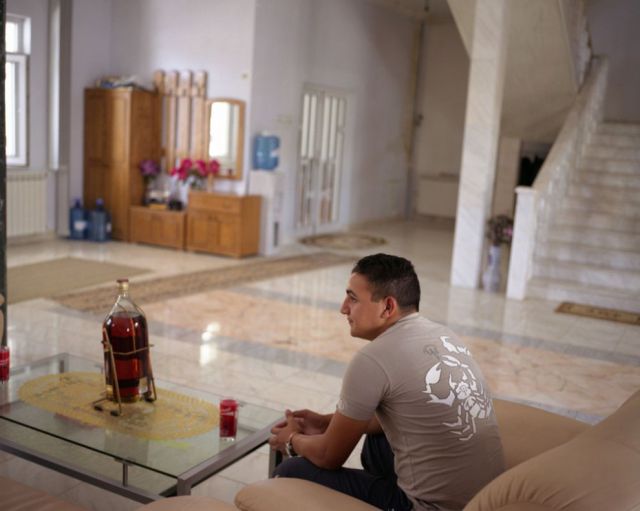 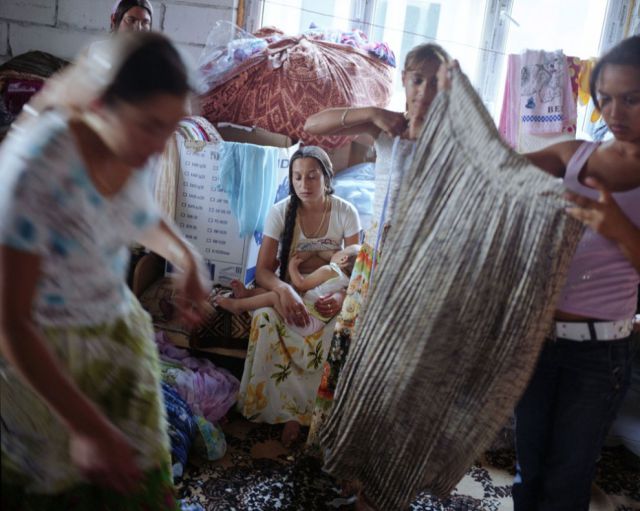 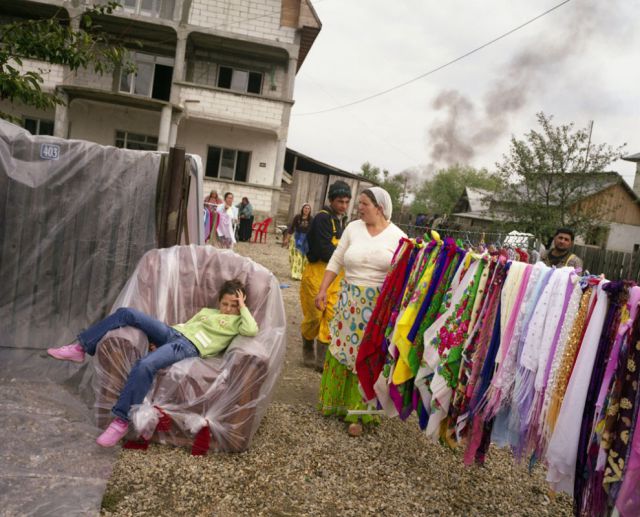 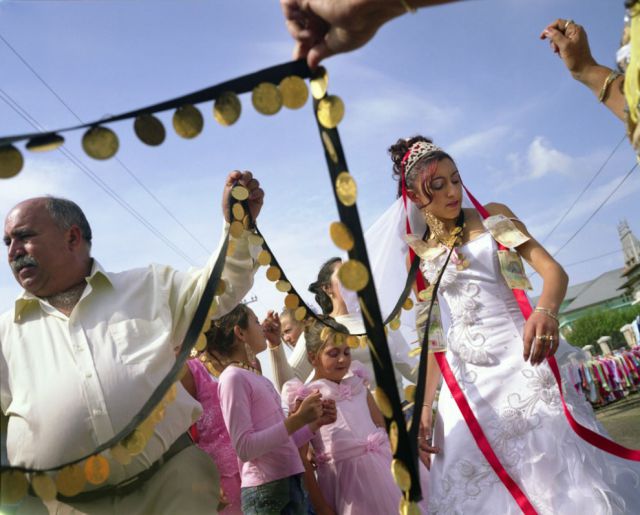 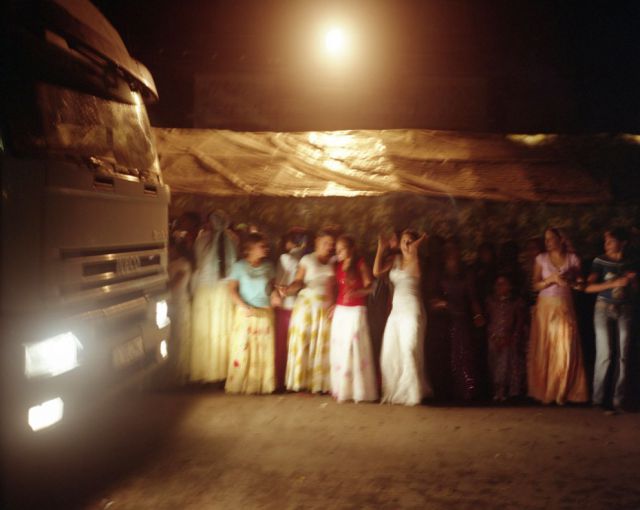 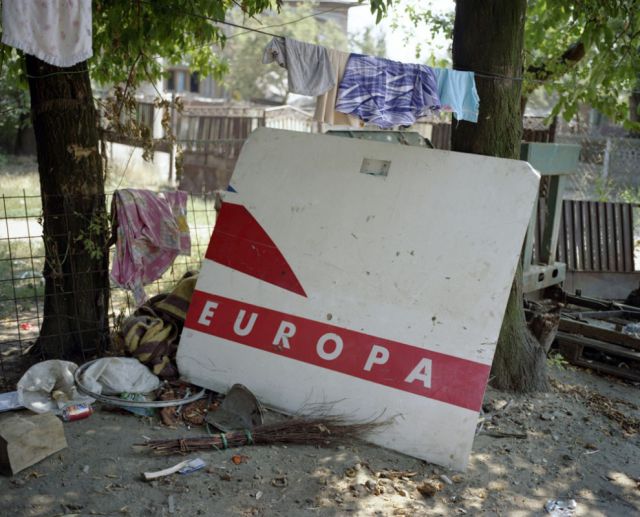 Mad Man 10 year s ago
Please, in future posts try to put something with Romania in general. Everybody, after they see these pictures, they gonna think that THIS IS ROMANIA. When everybody see a gypsie think that is a romanian, and a gypsie, when is stealing something he say that HE IS ROMANIAN. WTF is wrong with all of you... there are GYPSIES AND ROMANIANS
Reply
1

loyal2thek 10 year s ago
They already showed some nice images of our country in the past for the exact same reason, so the people won't think that "this is Romania". As you can see, the article is called "Romania Gypsies", and not "Romanians".
Reply
0

M 10 year s ago
do not put those two words together. Gypsies have no home. Settling in Romania does not make them Romanian. They are nomadic people, therefore can be found all over ther world !

Europe 10 year s ago
Romanians steal. Not these gypsies.
Reply
0

Cricket 10 year s ago
I'm sorry loyal2thek but the title is not "Romania Gypsies",it's "RomaniaN Gypsies", and there is not such thing.

We are sick and tired of being categorize as gypsies, we have our own culture,traditions and language.

penc 10 year s ago
Romania is not the only country which has gypsies.Totally agree with Cricket.
Reply
0

iztrul 10 year s ago
Yeah, I agree with everyone above: Those romanians are a bunch of stealing gypsies

mboah 10 year s ago
@ iztrul: is the president of Romania a staling gypsie? was Aurel vlaicu a stealing gypsi? was the inventor of the fountain pen 9who was a romanian) a staling gypsi? is football player hagi, or gymnast Nadia Comenaci a gypsi? evry contry has it's own thiefs.. in the US most of them are hispanic and color people, in eastern europe there are gypsies... bun none of them are romanian..they are romanian citizens, or russian citizens or polish citizen but tha'ts not the same thing with what you say

DOC RogER 10 year s ago
Have we bombed them yet ?

Is there anything there we need ?

USA is the best when it comes to making bombs.
Reply
-1

dd 10 year s ago
all those who claim that usa is the best, let's think a little, they have no culture, no history, no values. they are a bunch of different people. romania is a beautiful country, with many beautiful thing to see, to learn and talk about. don't judge until you see. in the past romania was one of the richest countries in europe, but after war, and thanks to a bad guvernance they became poor. bunt romanian people are different of roma people!!
Reply
0

Thing most of you didnt know is that all those big tacky houses didnt pay for electricity, they connect directly from the electrical poles, basically stealing electricity. The electric companies came and cut the lines only to be reconnected after they left.

In the end, solution was to modify the ENTIRE electrical network around that village so that the electrical current transported through those wires was 360 volts, instead of the domestic consumer 220 volts.

All that money spent only to stop a pack of parasites from stealing.

And you, all the high horses Western Europeans that defend the gypsies in this post, guess from whom they stole to built some of the houses shown here ! From you ! You seen them begging, scamming and stealing in London, Paris, Brussels etc !
Reply
0

I want to fuck a gypsy woman!
Reply
0

dance I want to fuck a gypsy woman

Get real!! She will steal your walet and she smeling too bad man... A black woman is 100X better!
Reply
0

Waaa 10 year s ago
75% from all the gypsies from Romania have a big house whit 3-4 BMW, Mercedes-Benz. They steal.
Reply
0

Enter your name 9 year s ago
Exactly how many centuries did Romanians keep Romani (Gypsy) slaves under the most brutal and sadistic conditions? Oh, yes. Five centuries. You people who cast aspersions and call us thieves by nature have a lot of nerve. At no point in our history have the Romani people ever enslaved untold millions of another ethnic group. When Romania makes reparations for its crimes against humanity, then you have ground to talk on. But it has never even come close to trying. As for nomadism, what is so utterly incomprehensible about not staying in one place when you are being hunted, killed, raped, enslaved, and genocided? From Romania to Scotland, that's what we've had to put up with in every single European country without fail. When not threatened, nomadism is not the way we live. My own Romani family hasn't been nomadic for many, many generations. I don't even know any Roma who still are. When I was in Romania, I saw plenty of people that would be very happy if we were slaves there again. The racism and cruelty my people are subjected to there are why Romania by far has he reputation for being one of the worst countries in Europe in regards to anti-Roma sentiment, including modern-day pogroms. I'm proudly Transylvanian and Wallachian in addition to Romani and the Romanian side of me is embarrassed by the racist comments I see here. Highly embarrased. Crap like this is why Hitler got where he did in the first place; why Neo-Nazism is becoming such a popular trend in Eastern Europe today.
Reply
0

Enter your name 8 year s ago
Romani people "are being hunted, killed, raped, enslaved, and genocided"? Funny. They do that to others, too. Besides, they steal. I don't say that all Romani people are thieves, rapists, criminals, a.m.o., but most of the Romani people in Romania are. Why do you think that when a Roma enters a bus or a tram everyone holds on to their purse and possesions? Because incidents happened once (we got over it), twice (we got over it - after a while), but as a Romanian saying says "you give them a finger and they take the whole hand". This neo-nazism is mostly a caution.
Reply
0