What People Eat from Around the World (28 pics)

This very interesting project was done by photographer Peter Menzel.

You’ll see the prices and the quantity of different goods and products in different countries. 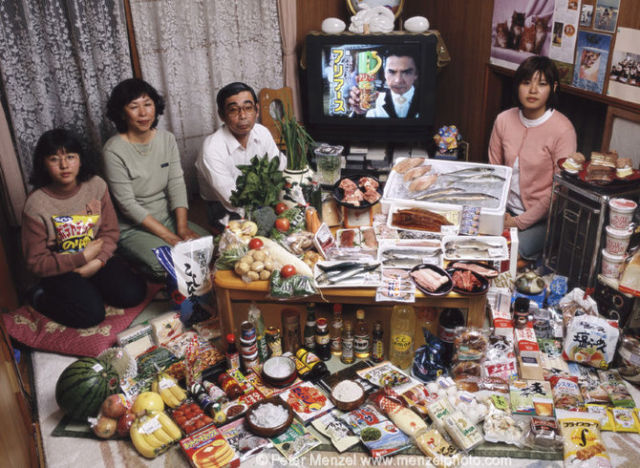 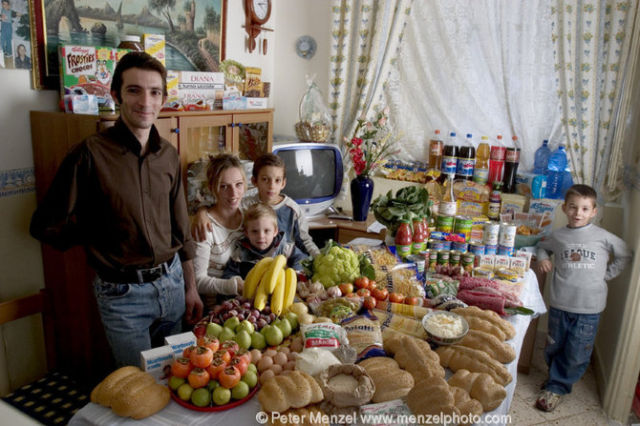 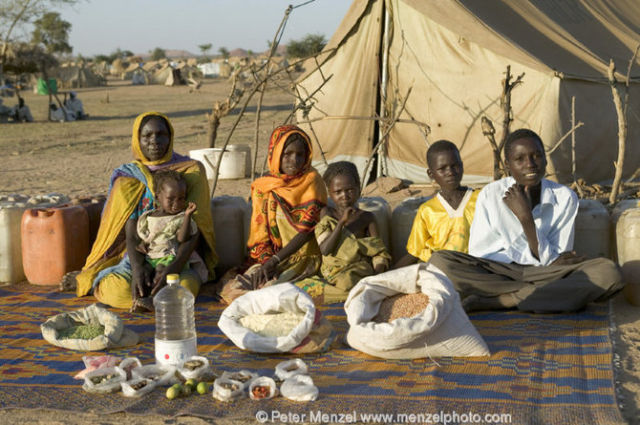 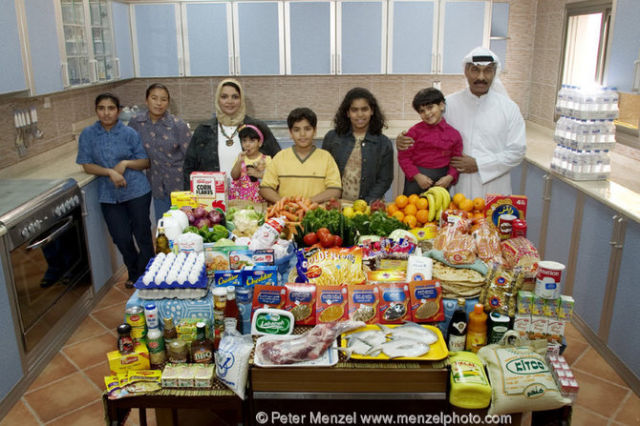 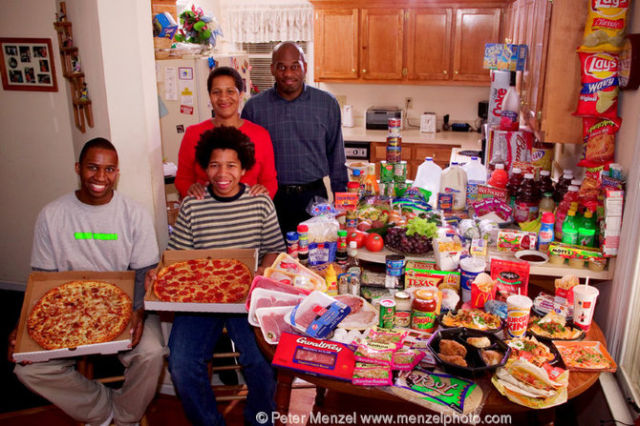 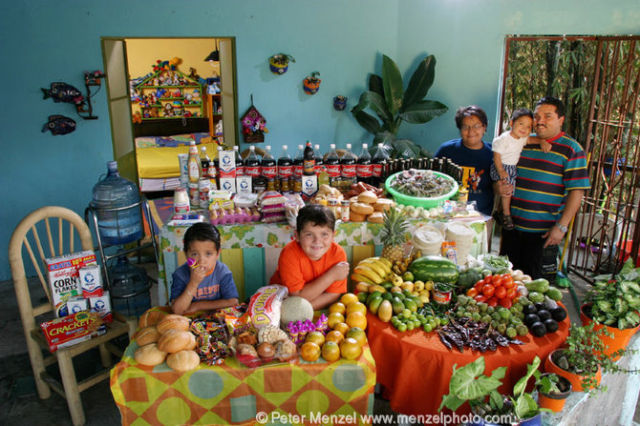 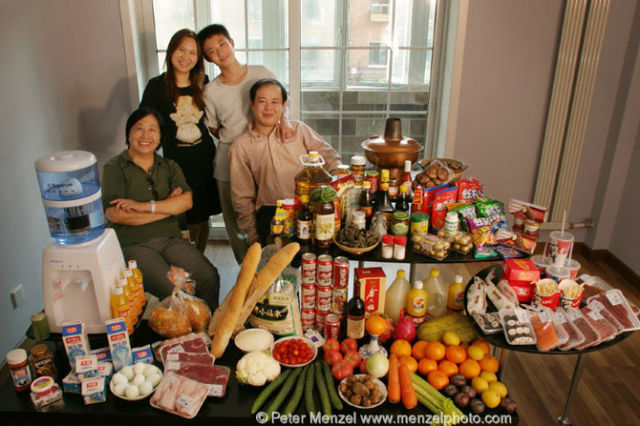 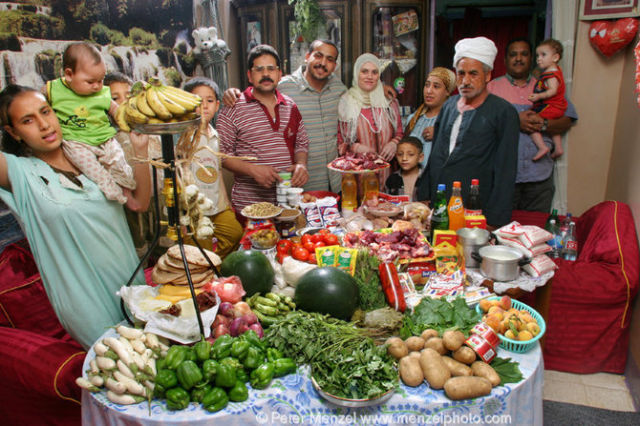 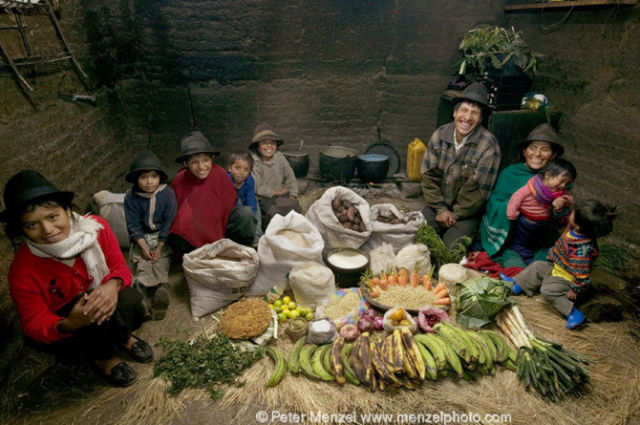 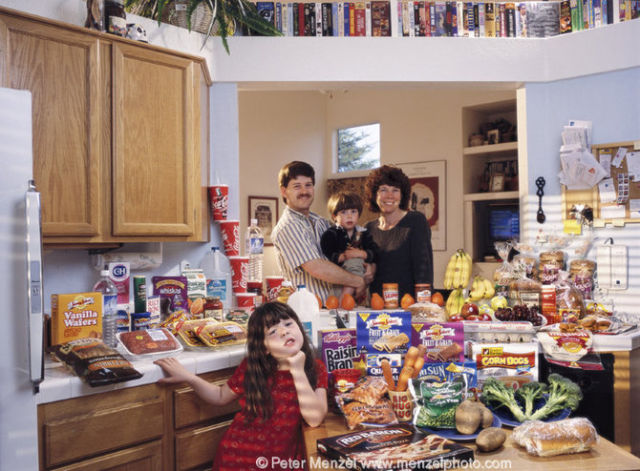 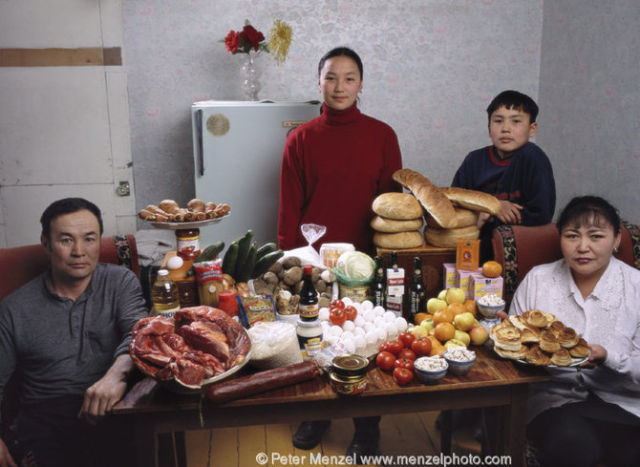 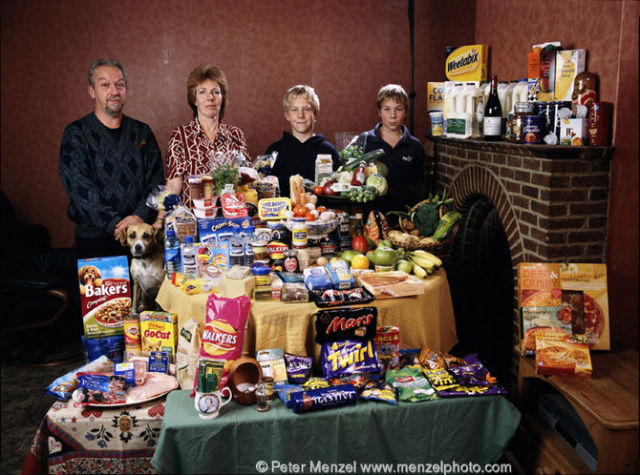 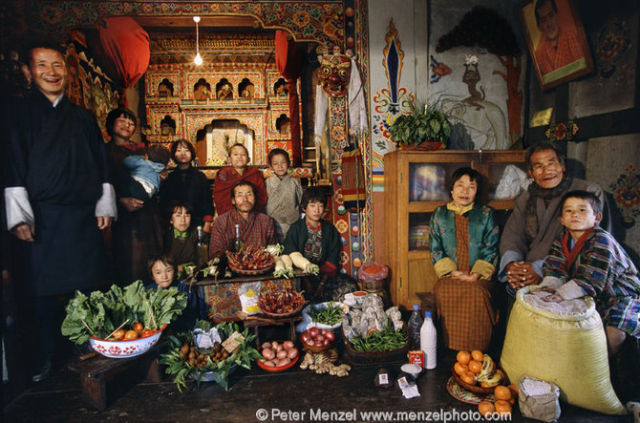 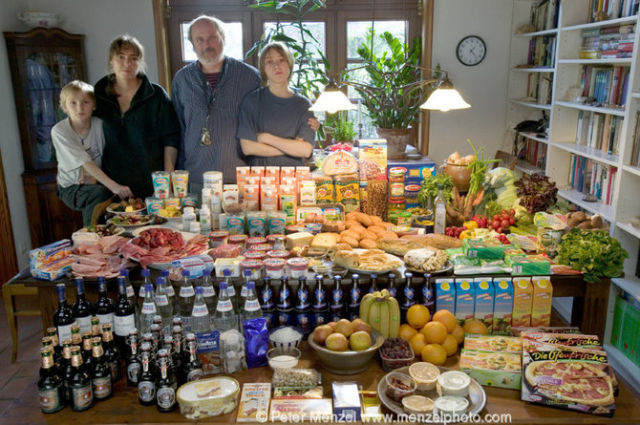 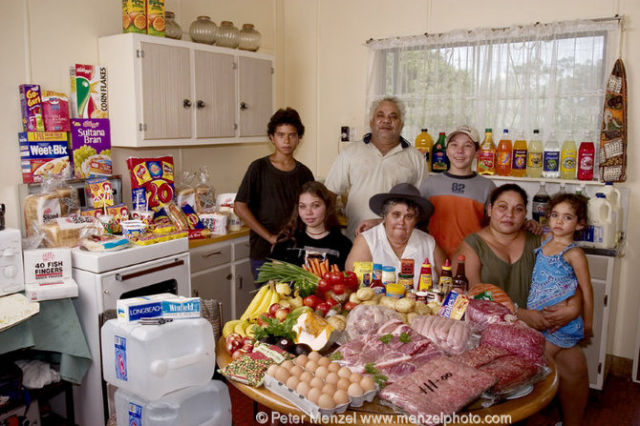 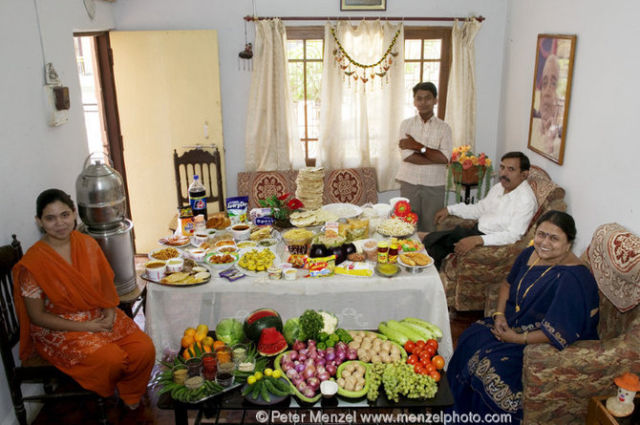 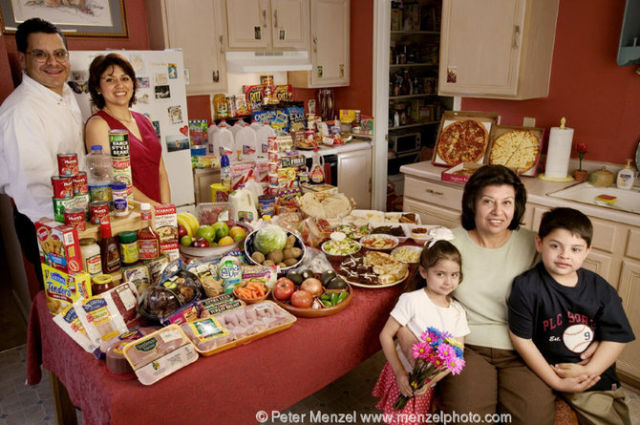 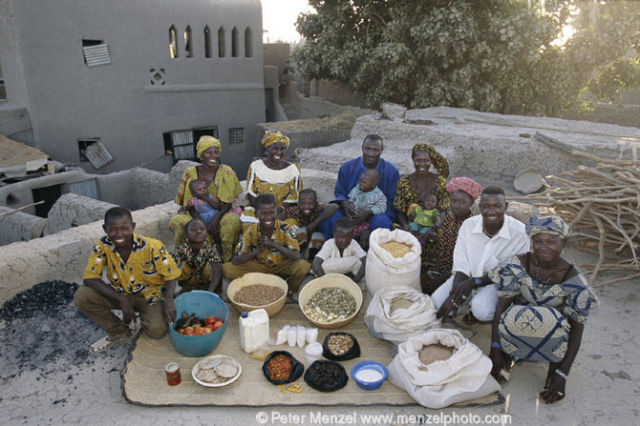 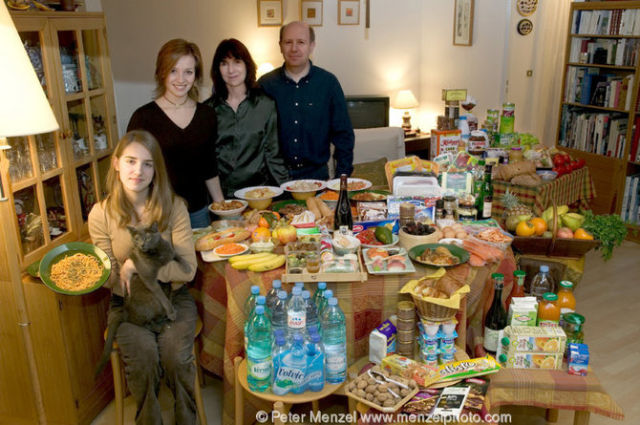 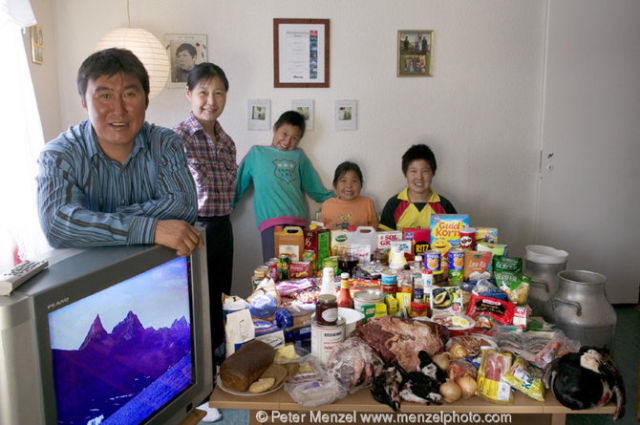 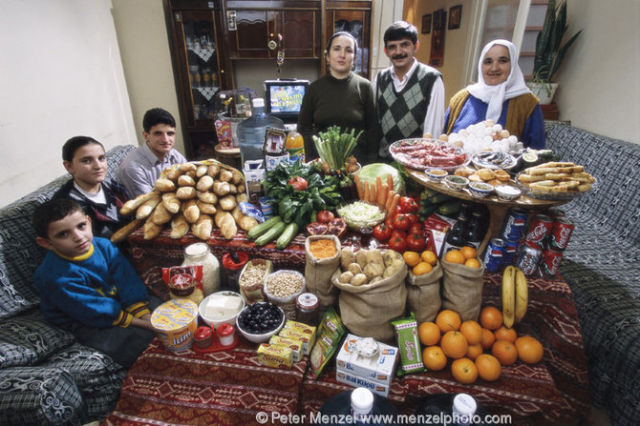 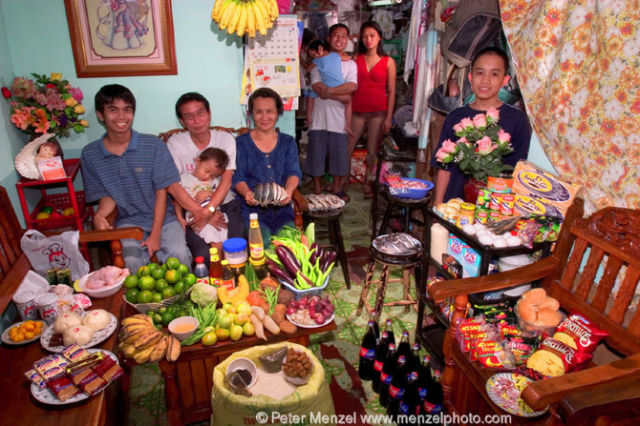 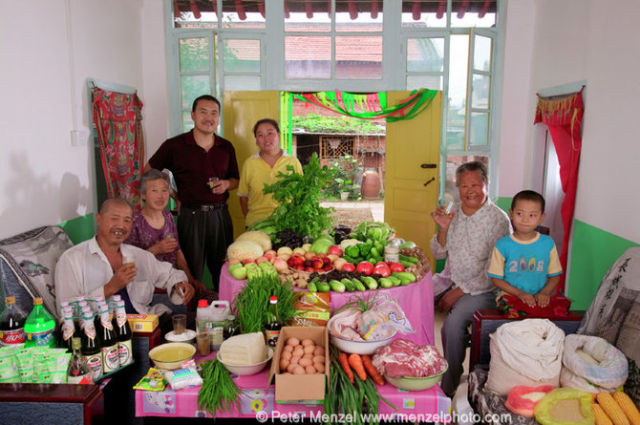 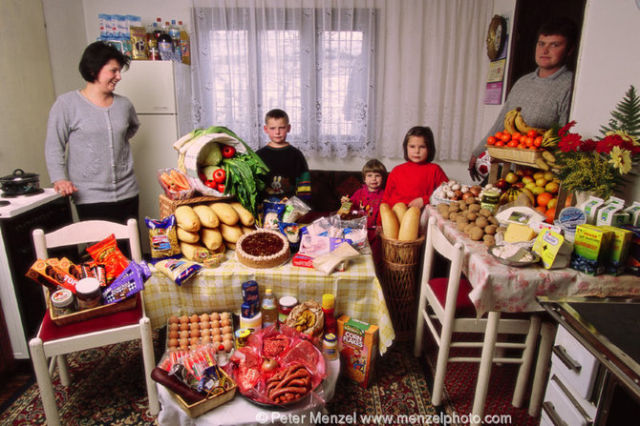 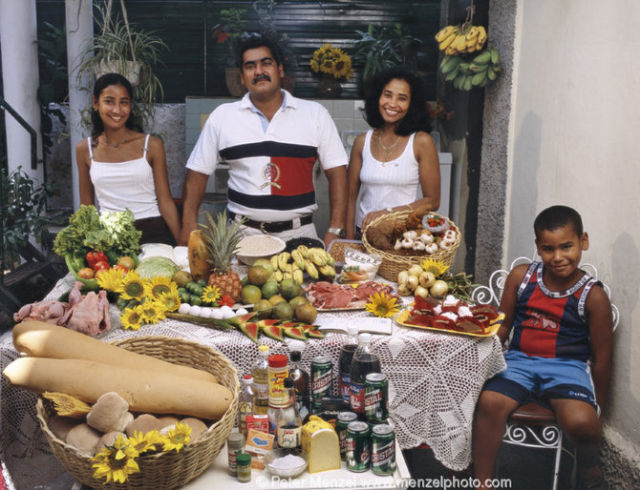 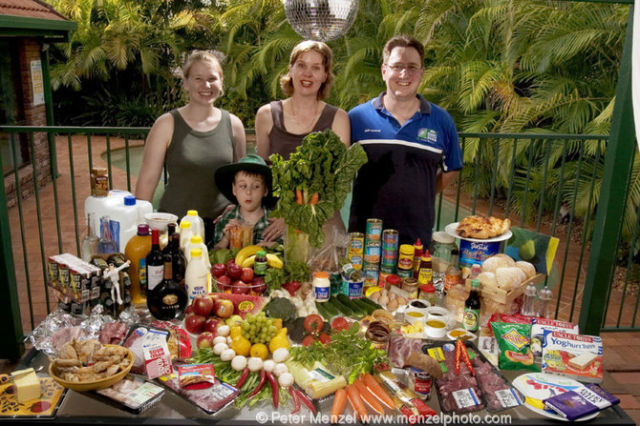 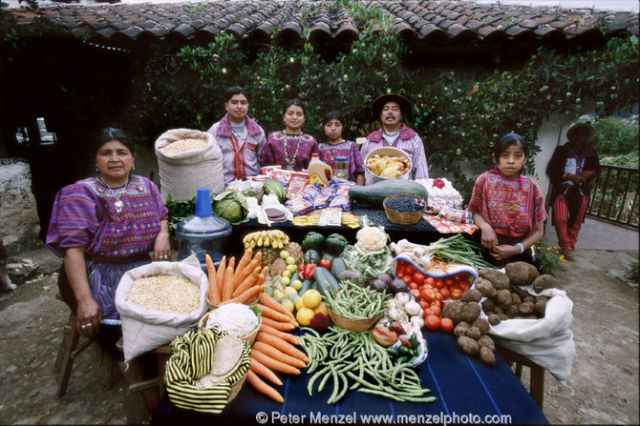 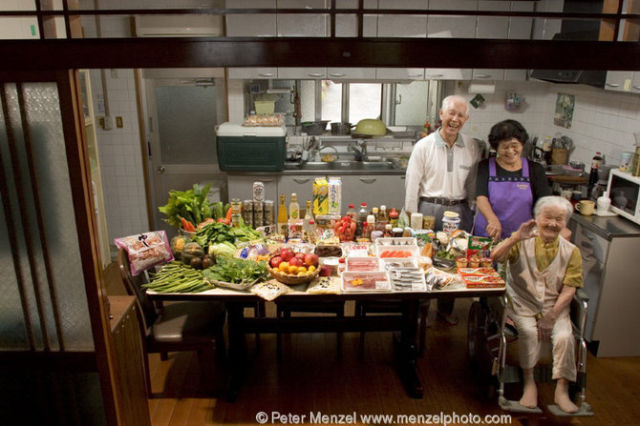 briere 11 year s ago
wow how interesting all these foods from all over the world and how they live amazing ,as for myself i live in Australia and was glad to recognise some of the foods but im not going to criticize what other country's eat,there way,there life.

olla 11 year s ago
All of these photographs are from the book Hungry Planet: What the World Eats. It also has a family recipe for each country.
Reply
0

Wizard 11 year s ago
Wow, the amount of junk/processed/packaged crap that Americans eat is incredible. I'm American but I'm among the few that tries to eat real food. The Brits and the Germans seem to eat a lot of processed s#it too. Mexico and Turkey look the best.
Reply
0

Coonette 11 year s ago
It shows what a family eats during a week and the money it costs. The Mexican family eats well but they seem to drink lots of soft drinks, that's why they are fat. Most of the ones that eat wealthiest are the poorest, less meat and prepared food and no cola or beer.
Reply
0

Juanpa 11 year s ago
well i'm from Guatemala and that picture needs more meet, thats what people from rural places eat, the food that they harvest
on urban places we are more like Egypt or Mexico with out the coke, natural food buyed from the market (not supermarket, procesed and imported plastic food) keeping the cheap prices
Reply
0

Have you both noticed all the Coca-Cola which they drink? Its so much!

2Cool4Ice 10 year s ago
Lol you can see how unhealthy the usa is. only country with pizza.with germany but germans are even grosser.
it's a shame holland isnt in this list if i could chose i would pick italy.
Woot check greenland theres a piguin on the table ! favourit ffoot polar bear, they are nuts!
Reply
1

L. 10 year s ago
To the Mexican family:
Bravo for all those vegetables, but don't drink so much Coca-Cola! No es bueno! No good!

To the Mongolian family:
Where are your fruits and vegetables??

To the Guatamalan family:
I liked your diet the best! All those grains and vegetables!
I think I"ll follow your diet a week or two...I need a good detox!
Reply
0

Lun Esex 10 year s ago
The Great Britain and Germany pics have frozen pizzas in packages in them. 2 of the 3 USA pics have delivered pizzas. I'd guess pizza delivery isn't as good or as common outside of the U.S. (except that my cousin and her boyfriend in the U.K. get takeaway pizza a lot--they are students, though :).

Interesting to see how much bottled water is in the pics from Mexico, Turkey (even more than Mexico--look at the two big bottles at the bottom of the pic), both Australia pics, Guatemala, and Kuwait, plus one of the U.S. pics. They're all of the kinds of bottles that indicate they both cook and drink with it. The Italy, Germany, and France pics all have bottled water that's more about it being a fashion for drinking only.

Also interesting how much milk is shown in the Great Britain and Germany pics, and then not surprising the U.S. and Australia are not far behind (plus lots of packaged cereals). It's much harder to spot in the other countries' pics (but then the presence of packaged cereals often gives away that it's there somewhere).

Besides the Coca-Cola the Mexico pic has a bunch of beer hidden next to the cola bottles and SO MANY boxes/bags of granular sugar in it--seven! I can't identify more than just one container of sugar in any of the other pics. Those Brits sure love their packaged sweets, though, don't they?

That's not a penguin in the Greenland photo, it's some other kind of bird.

To the person who said everywhere but the U.S. looks dirty: Kuwait looks cleanest. :)