Although we love our jobs at Izismile, there is just something about saying the letters TGIF that makes us smile. Stop right now and say it out loud with me… T  G  I  F!  Ok, didn’t that put a smile on your face?

For our first Friday Uncanny Factoid, we thought we would dig up the term T.G.I.F.

We did some digging and probing and found out that T.G.I.F (Thank God it is Friday or Thank Goodness it is Friday) was coined in the 1970’s by an Akron, Ohio disk jockey named Jerry Healy.

Once the 1978 movie Thank God It’s Friday was released with Donna Summer it became a true American icon for happiness and blissful feelings about the weekend.  This little phrase has also become popular for advertising, slogans, pictures, posters, and even eateries. 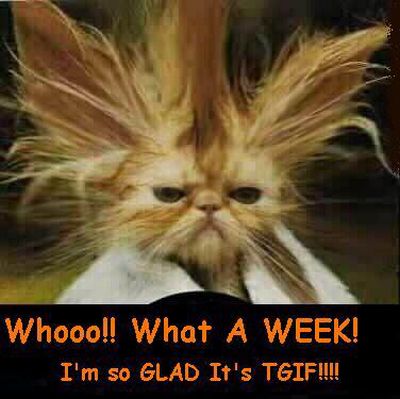 Learn Something:Daily Factoid:  Did you know that this short abbreviation was made even smaller?

In the 1970’s college students began referring to Friday as TG and meant that there was a Friday afternoon beer parties.

sharo 9 year s ago
wow where do u guys dig that :D
Reply
0

Peanut 9 year s ago
I never knew that.
Reply
0

GOODSTUFF4U 9 year s ago
for me - every night is Saturday, every morning is Sunday
Reply
0