Where do we go from here? 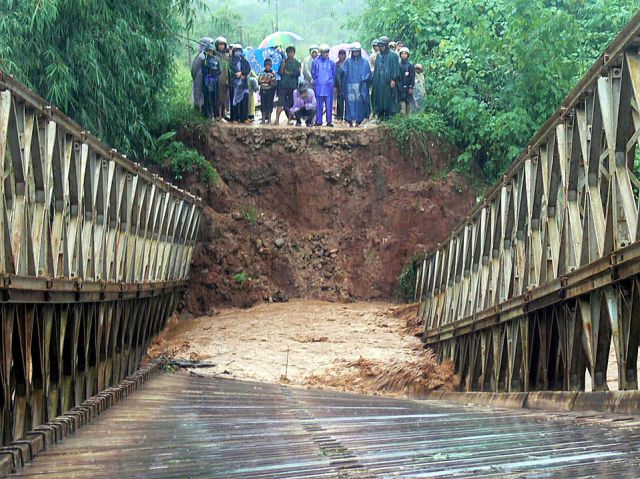 The residents watch how the waters roar by the collapsed bridge in the city of Kon Tum.  Kon Tum is in Central Vietnam.  This flood killed at least 23 people and caused over 170,000 people to be evacuated. 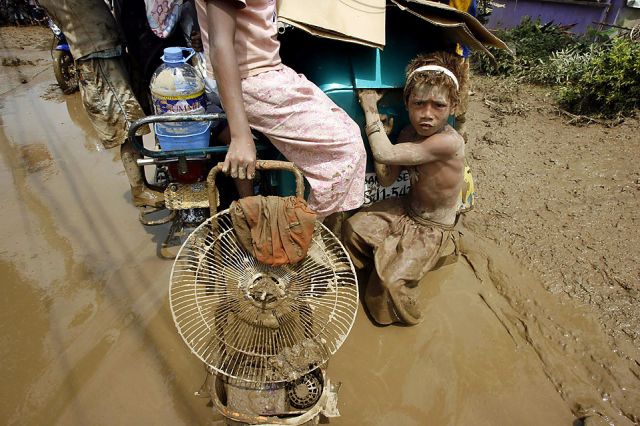 Mud, mud, and even more mud in Rizal.  This child won't want to make more mudpies for a very long time after enduring the mud from a typhoon that hit the Philippines.

USMC is a tough bunch of guys, but this Marine shows how tough he is with his ink. 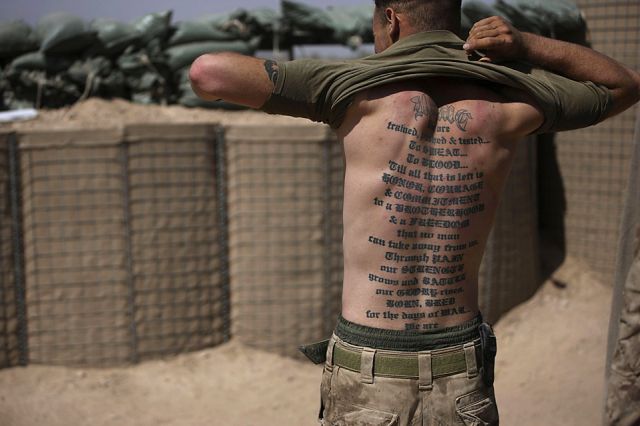 Lance Corporal, U.S. Marine Corps Jordan Christie, from Washington, Ind. shows bares his back and soul to the cameras.

A lazy afternoon is something we all could use.  This guy looks comfy in his chair taking an afternoon siesta in the last warm rays of autumn in St. James Park in London. 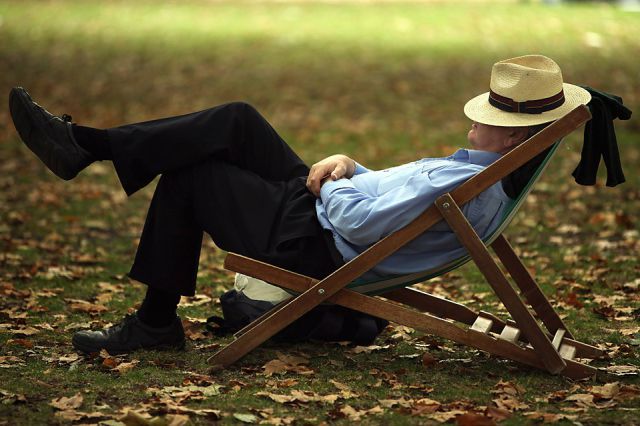 Another day of brilliant Autumn Sunshine! 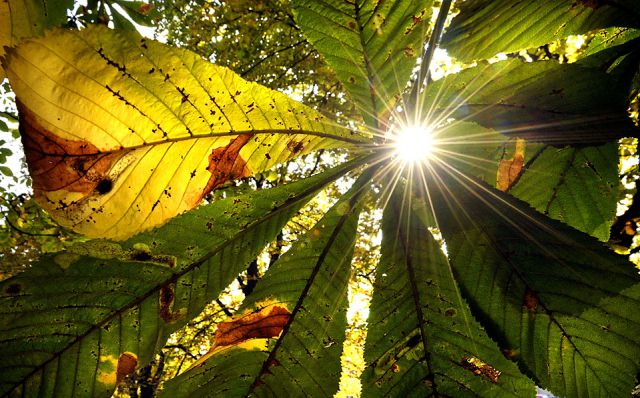 The autumn sun continues to bring warmth and happiness as it shines throughout the world.  The rays delve deep between these leaves in Germany. 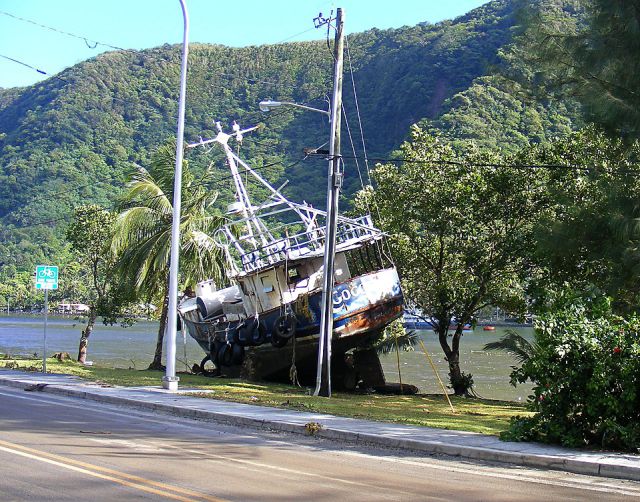 This sea going vessel ended up on the edge of a highway in Fagatogo, American Samoa, after a powerful earthquake.  That same earthquake caused the tsunami that killed at least 99 people.  An amazing four waves, reached a height of 6 meters, as it hit the beaches. 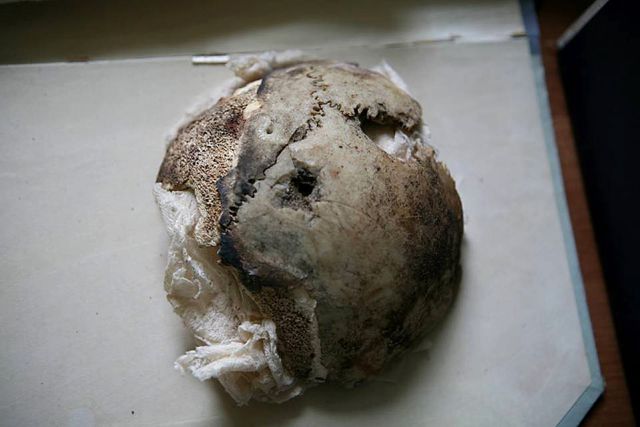 After being studied, probed, and examined by scientists at the University of Connecticut, Hitlers Skull has been debunked.  They have determined that it is a woman's skull.  This conclusion makes you wonder about the circumstances surrounding the death of Hitler 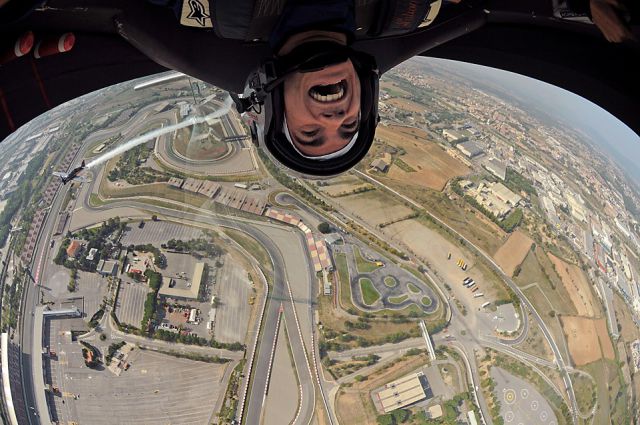 What an amazing view of the Forumula 1 track Dani has from this ariel view.  It isn't often that a driver such as Dani Pedrosa MotoGP has a view like this of the racetrack.

GOODSTUFF4U 9 year s ago
thanks for sharing
Reply
0