Despite denying it in tabloid reports, reports say that they still plan to get married, only no date was announced yet. The wedding might be in a traditional Hindu style and will take place in Jodhpur, India. If ever they get married, it's going to be the biggest wedding in the world of Hollywood. 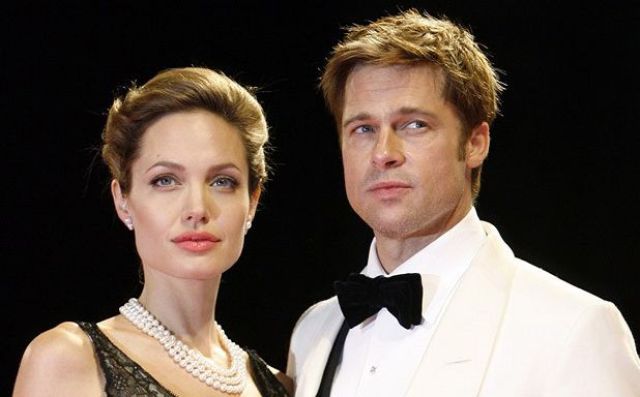 Jennifer was with Pitt before Angelina. Brad Pitt and Jennifer Aniston started to date in 1998, and then everyone thought they were a perfect match. 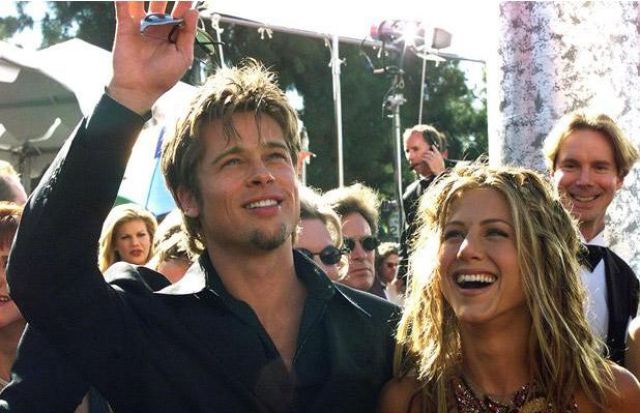 Two years later the couple married in Malibu, and within a few years it was considered to be the most successful couple in Hollywood. 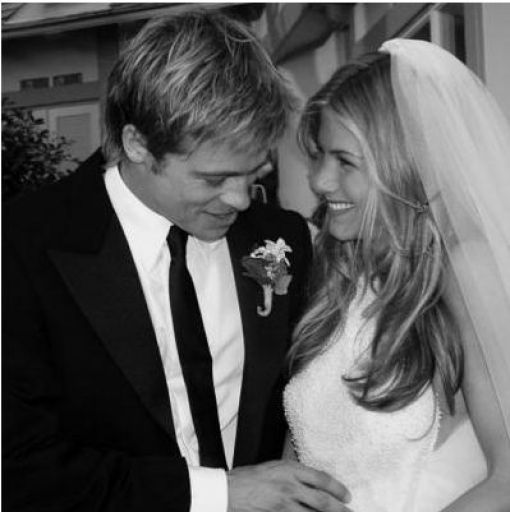 The couple looked happy at the Cannes Film Festival in 2004. They came to the world's premiere of the film “Troy”, starring Pitt. 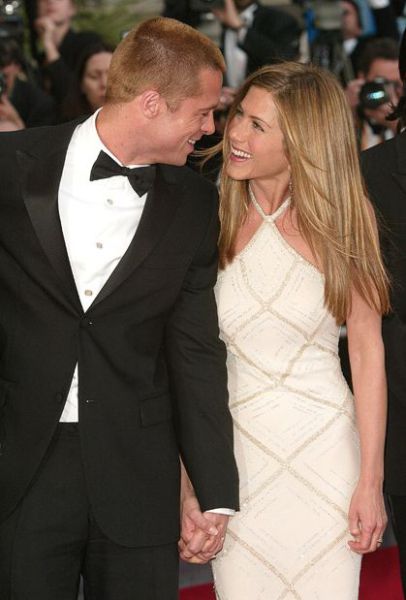 In 2005, Brad Pitt starred alongside Angelina Jolie in the movie “Mr. and Mrs. Smith”. Soon after this his marriage with Aniston was over. They announced their divorce. 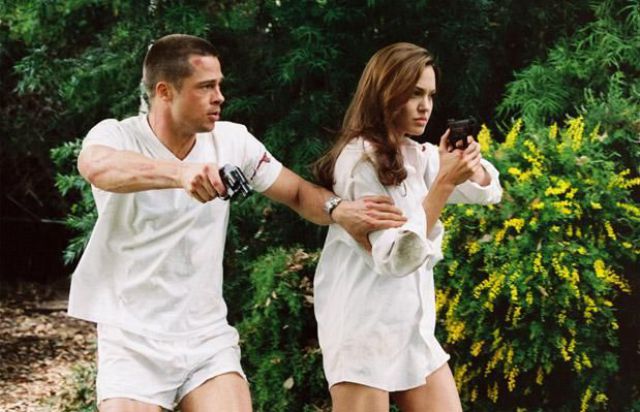 Despite deniying all the rumors that during filming they had an affair, Pitt and Jolie were spotted together a few months later. In this photo the actors appear at the premiere of "Mr. and Mrs. Smith" with their film producer Arnon Milchenom. 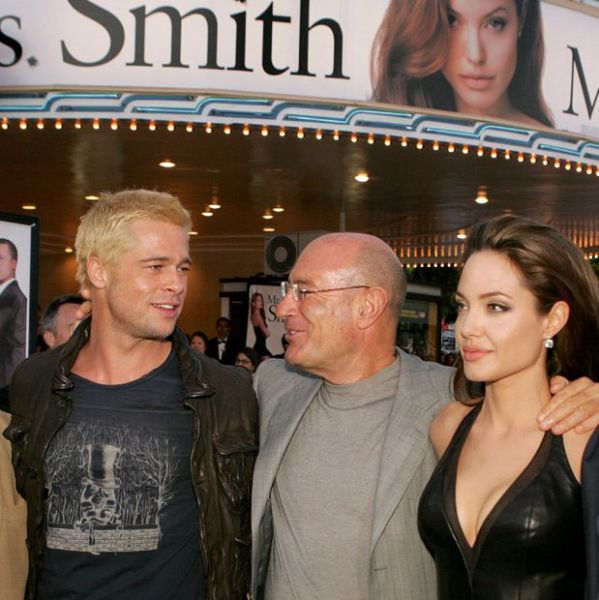 In 2006, Pete visited the World Economic Forum in Davos, Switzerland, accompanied by his new love. 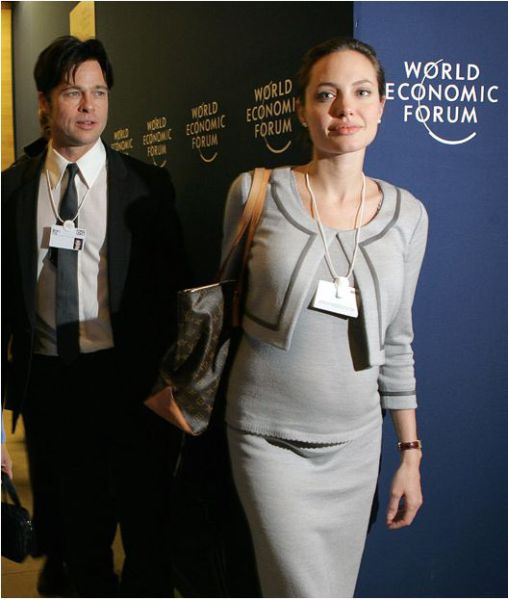 And in the same year, the celebrity couple gave a press conference to announce that their adopted daughter, Shiloh Nouvel Jolie-Pitt has arrived from Swakopmund, Namibia. 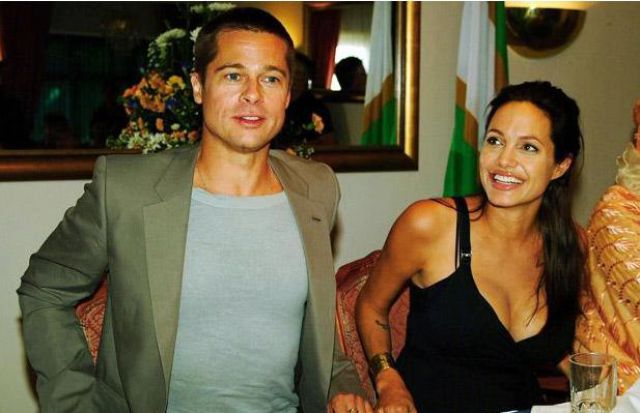 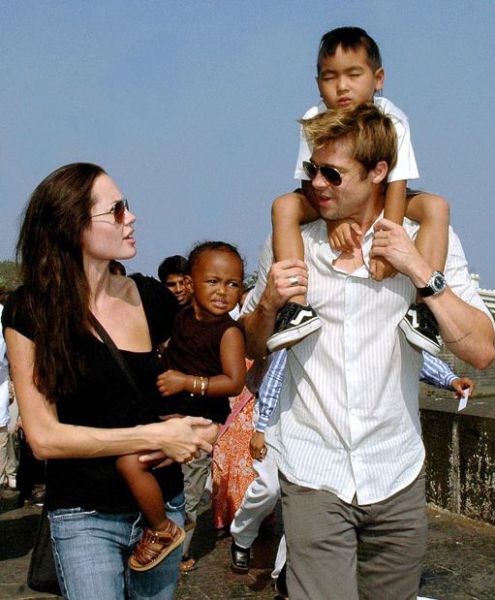 The couple is in Ho Chi Minh City in late 2006 after a visit to Cambodia where Jolie pledged to create a new conservation project. 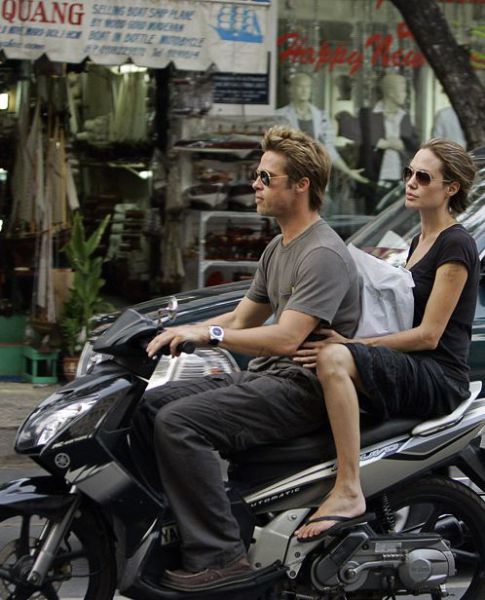 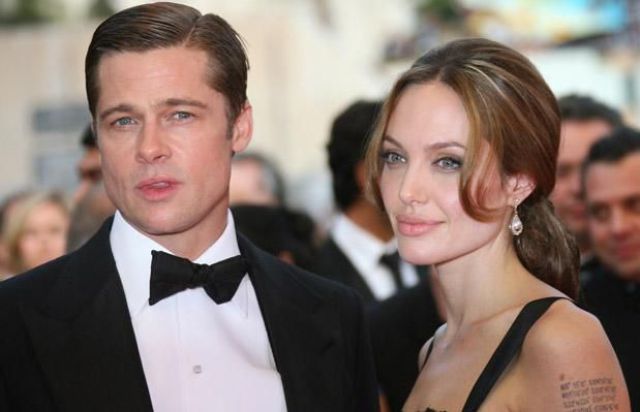 The hottest couple in Hollywood 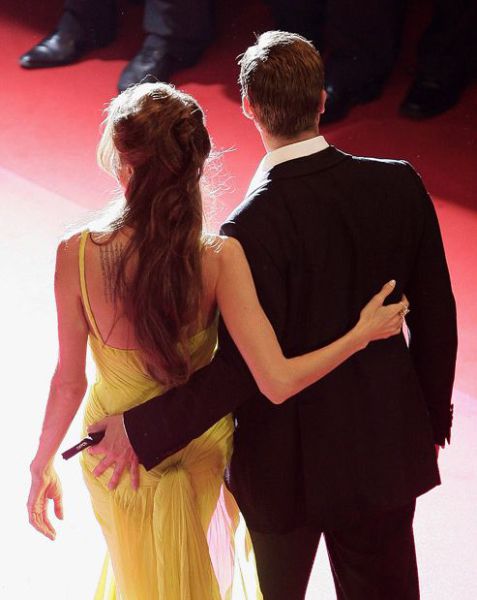 At the 33rd Deauville American Film Festival in France, September 2007. 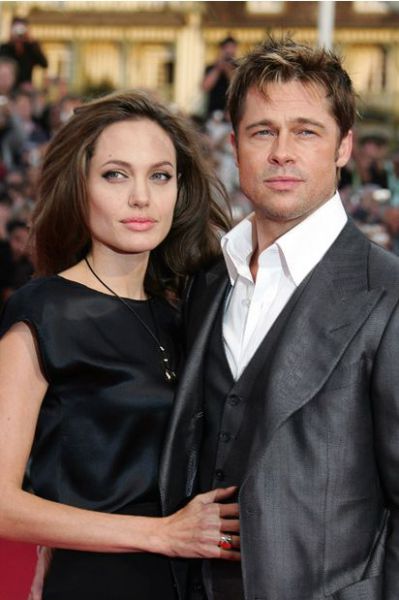 A couple of months later, they visited London coming to the premiere of Jolie's new film “Beowulf”. 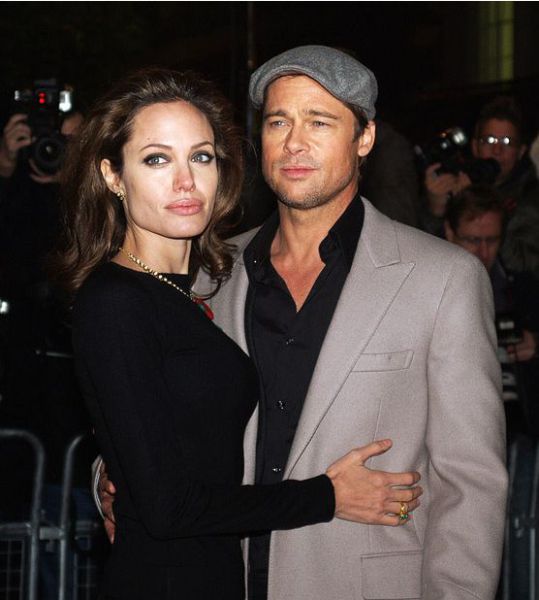 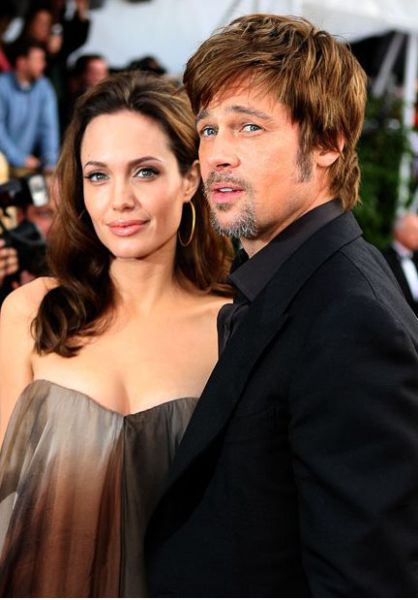 In May 2008, at the 61st Cannes Film Festival. Angelina was “heavily” pregnant. 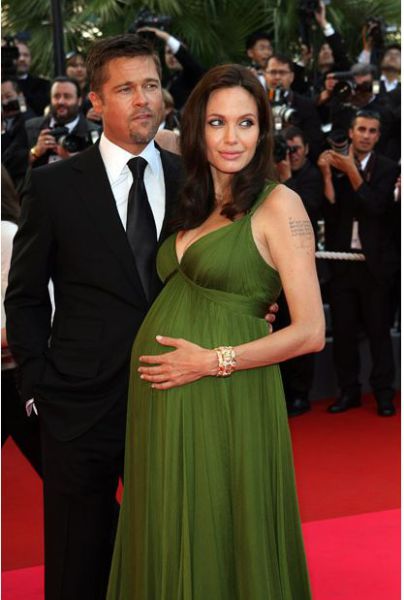 The couple announced that they were expecting twins. 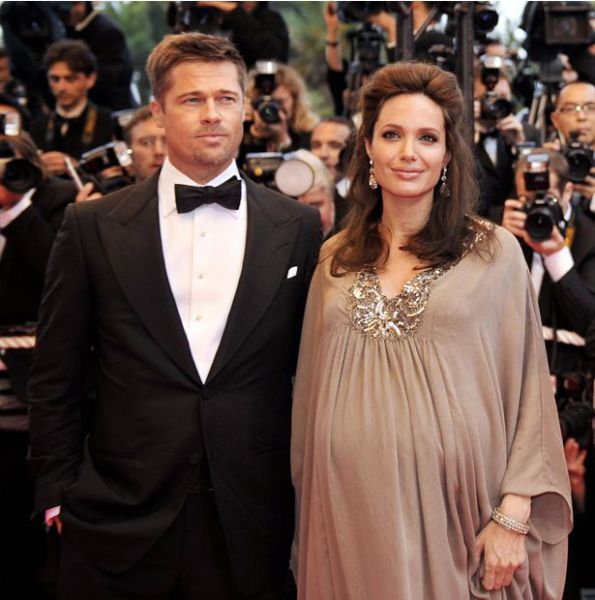 In August, the public saw the first photo shoot of three-week-old twins Knox Leon and Vivienne Marcheline in the magazine. Money they received for this photo shoot (it is believed the couple got $14 million) was donated to charity. 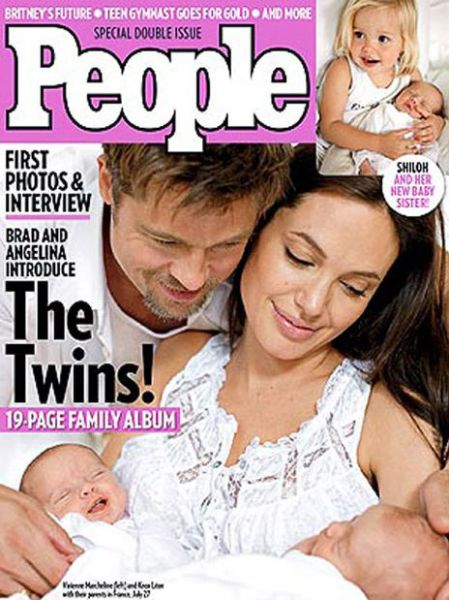 Just a few months after delivering her babies, the actress was again in a good shape and came to the premiere of “The Curious Case of Benjamin Button” in Los Angeles. 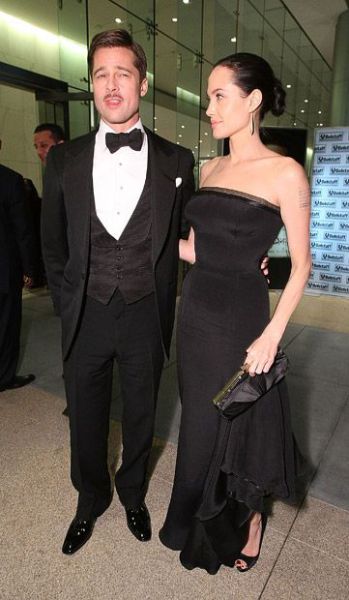 The whole family is in Tokyo. Brad and Angelina and their six children (from left to right): Pax, Knox Leon, Maddox, Zahara, Vivienne Marcheline and Shiloh. 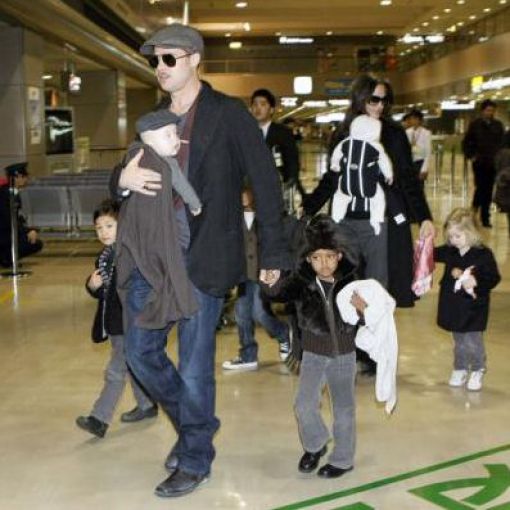 The couple is at the BAFTAs in February 2009. 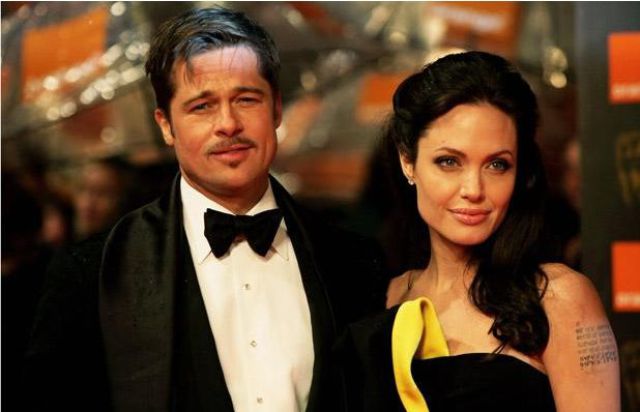 Brad with a smile on his face is at the Oscar Ceremony, while Angelina looks kind of serious. 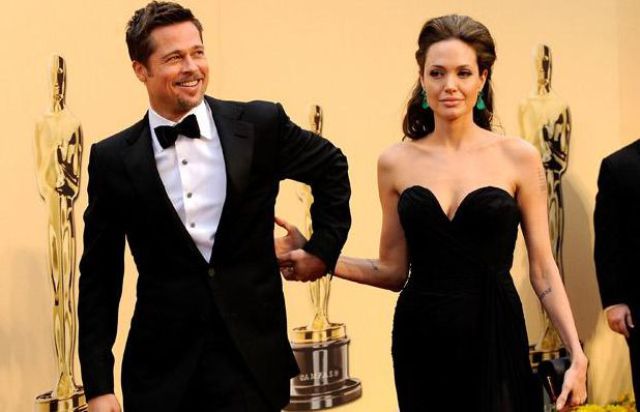 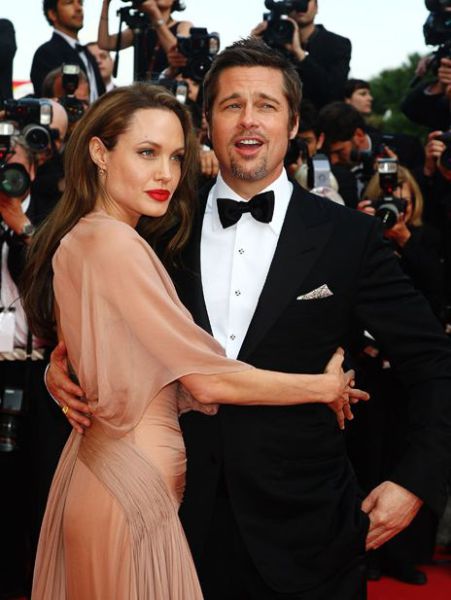 The couple with their son Maddox is at the premiere of “Invictus” in Beverly Hills, December 2009. 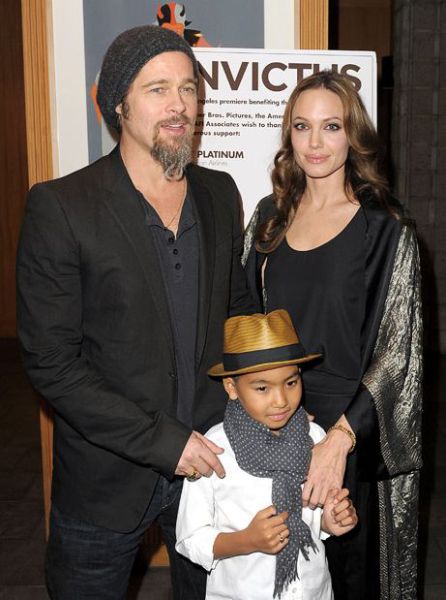 Amid rumors of their breakup, Brad appears at the New Orleans Saints-Arizona Cardinals game without Angelina. 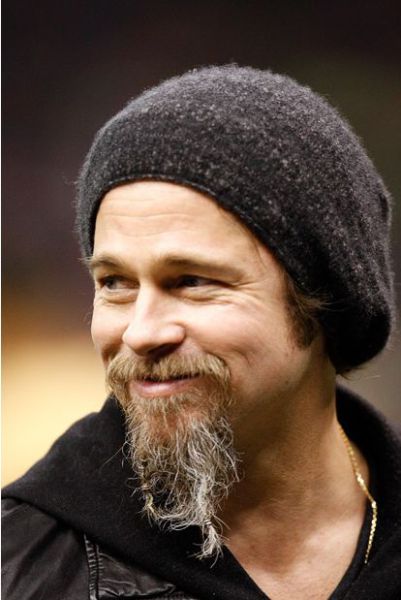 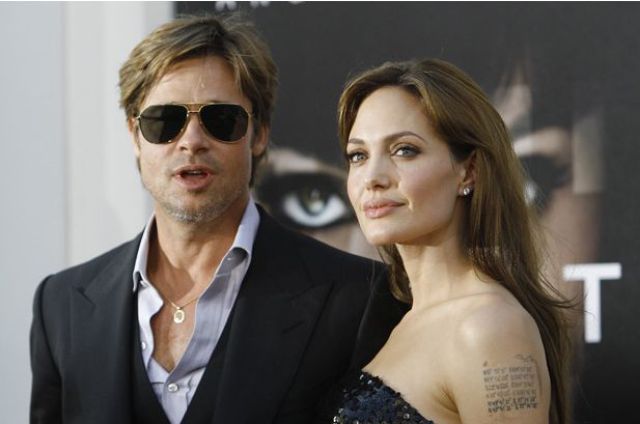 October 2010. Angelina Jolie and Brad Pitt are both smiling during filming in Budapest, Hungary. 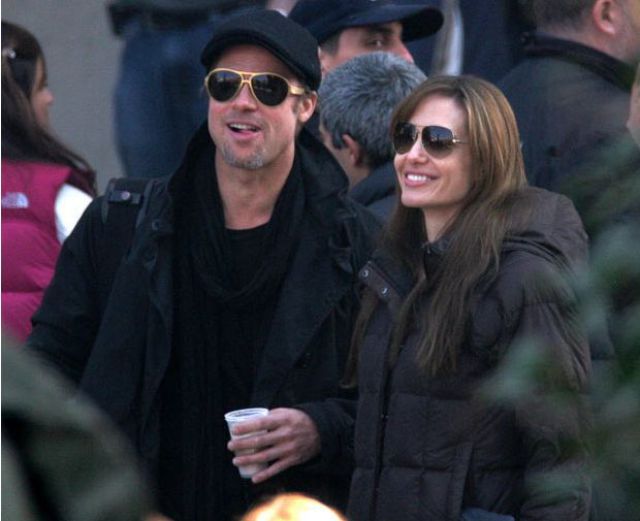 December 6, 2010. Angelina Jolie and Brad Pitt are at the world’s premiere of “The Tourist” at the Ziegfeld Theatre in New York. 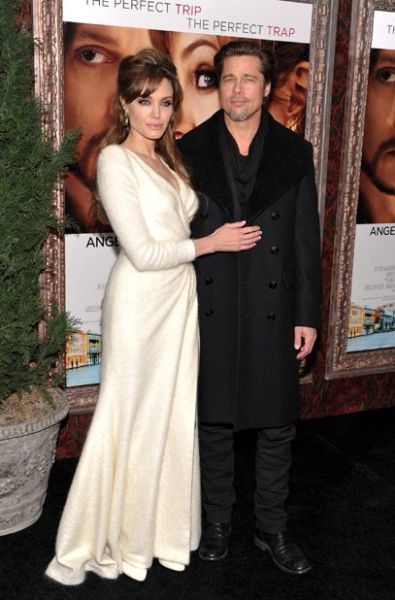 lolzz 10 year s ago
I'm glad she isn't my wife, walking around with at least 4 children!
Reply
1

2Cool4Ice 10 year s ago
I really dont care about them..
Better post some nude pictures of jolie
Reply
1

rolotomasi 10 year s ago
&#34And in the same year, the celebrity couple gave a press conference to announce that their adopted daughter, Shiloh Nouvel Jolie-Pitt has arrived from Swakopmund, Namibia."

Shiloh is the first Pitt-Jolie children .. she was not adopted.

From imdb "Jolie and Pitt announced in early 2006 that they would have a child together, and Jolie gave birth to daughter Shiloh that May."
Reply
1

wowgold 10 year s ago
Fabulously, I virtuous hit 60 and am actually sweet deficient in on gold in requital for my 60 epic ground mount. I programme to obtain encircling 500-1,000
. Anyone recognize of any to do so?