Alanis Morissette is a mom 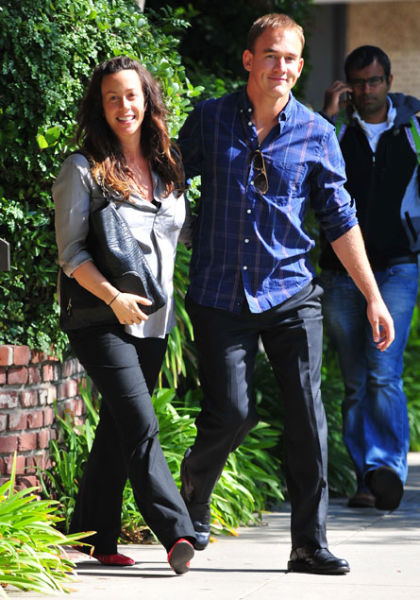 Singer Alanis Morissette has given birth to a bouncing baby boy on Christmas Day. Her husband, Souleye, is so happy that Ever Imre Morissette-Treadway came into their lives on one of the best days of the year: he is the perfect Christmas gift to them. We're happy to hear that and I'm pretty sure her son will get his mother's singing talent and will be performing maybe at the age of 3… 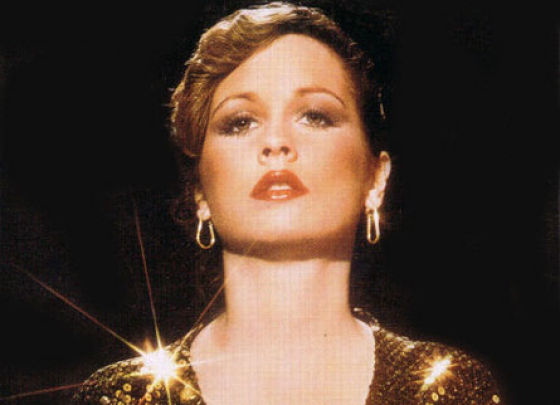 One of the greatest R&B singers of the 70's and 80's has left this world. Teena Marie was found unconscious by her daughter in her Pasadena home in Los Angeles last Sunday. The cause of the death is still unknown. She died at 54. Even though she was born white, she lived in a predominantly black community, which influenced her R&B style of singing. She started singing at eight and was known for hits such as “Lovegirl”, “I'm a Sucker for Your Love”, “I Need Your Lovin” and “Oooo La La La”. She is another great loss to the music industry, but her music will live on.  May she rest in peace.

Natalie Portman is engaged - and expecting 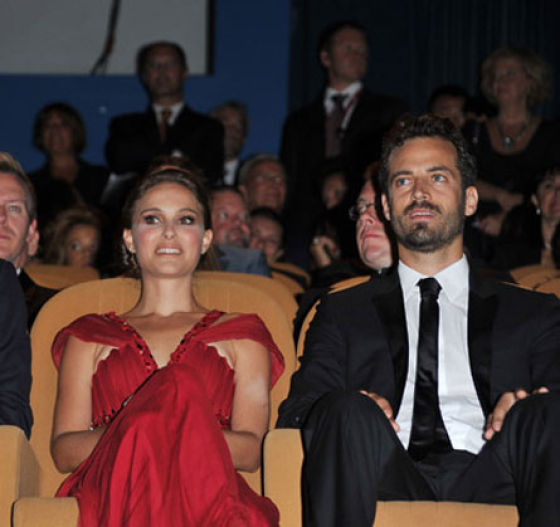 And here I thought I could have a chance with her… Men may be crying now as the beautiful Princess Amidala is now engaged - and pregnant! She is expecting her first child with Benjamin Millepied, a ballerino who played a small role in “Black Swan” movie. In fact, they first met on the filming of the movie. There is no date yet for the wedding, but she is expected to give birth late 2011. Despite the fact that I still can't get over this news, I would still like to say congratulations to her and Benjamin.

Hmmm....I wonder if Portman will name their child Luke or Leia... 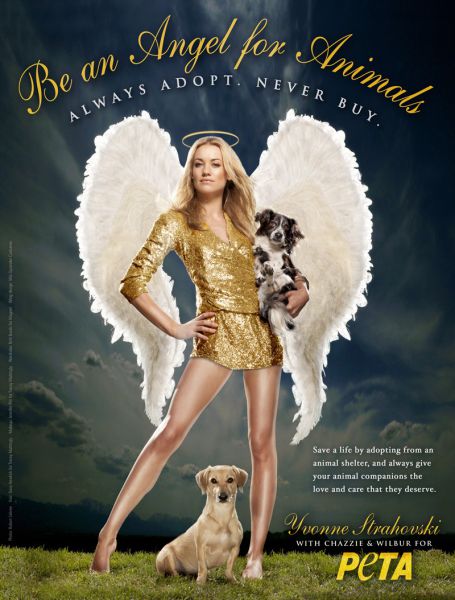 One of the hottest but less hyped stars of Hollywood is Yvonne Strahovski and here she is, showing her latest gig as posing for the new PETA campaign.  Wearing a short gold dress, a halo on her head, white wings, and a dog in her hands, Strahovski showed as much how she cares for dogs as she cares for her legs. Look at those long, sexy legs! Not only will dogs yelp in delight, but men will wish she was carrying one of them instead of that dog. She is one heck of an angel from heaven. And because of that, I'll be going to PETA later to adopt a dog... just for her. 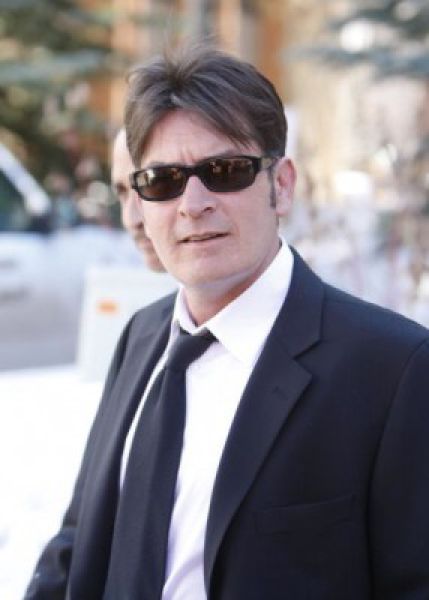 As much as other people want Charlie Sheen dead for all the troubles he has been doing to people and to himself, this death hoax about him is truly sick and not funny. News spread in social-networking sites and in the media that Sheen had died because of a snowboarding accident in Zermatt, Switzerland. Despite being taken to the hospital, he was said to have died instantly. Well people, THIS IS NOT TRUE! And this was even confirmed by Sheen's ex-wife Denise Richards as she tweeted that the rumor is not true and he is on his way to see his daughters. Indeed, whoever started this not-so-funny joke is sick and crazy.

Zac Efron cut his long golden locks for a movie 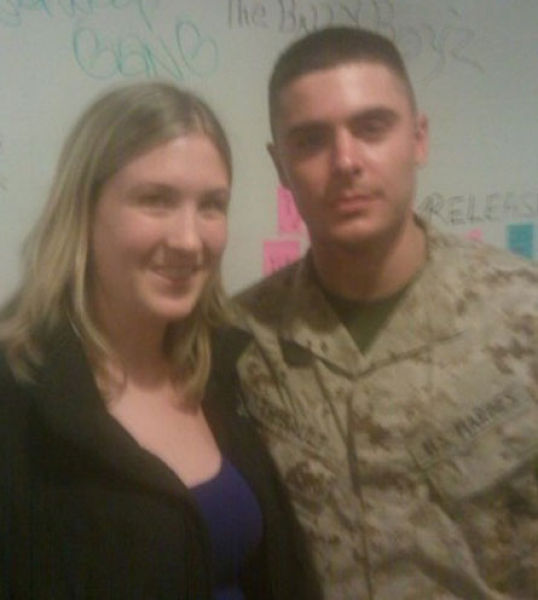 If it hadn't been for The Lucky One, I would have thought Zac Efron cut his hair because he broke up with Vanessa Hudgen. But it's not that way as Efron chopped off those locks to prepare for the movie The Lucky One. This is one of Nicholas Sparks' books where he plays a soldier from Iraq in a quest to find the woman he thinks is a good luck charm for him. Hmmmm... I can't help but say it. Maybe it was because of the breakup and he just wanted to cut all those hair that had been with Hudgens for more than four years. Well, it's working for him, but will it work for the fans? Let's wait and see. 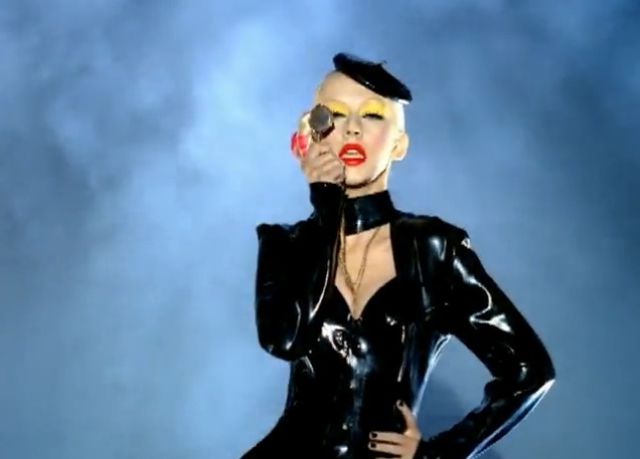 Awww... that's too bad... or maybe not. According to an online poll conducted by Yahoo music, Christina Aguilera's video Not Myself Tonight is the worst music video of 2010, beating Countess Luann's Money Can't Buy You Class. Yahoo Music said that Xtina was trying too hard on the video and when she forced herself to be sexualized, it turned out very bad. Plus, it lacked originality as most of the video's concepts were either from Gaga or Madonna. Poor Christina, but I'm not surprised. Even though she's a great singer, this video actually ruined everything for her. She should think of more unique concepts for her videos in the future in order to get back on track. 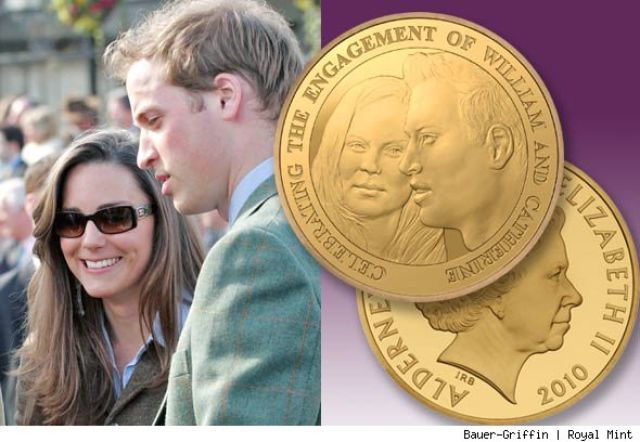 Since Prince William and Kate Middleton will soon become a royal couple, one would expect that everything historical thing made after them would be perfect. Well, not everything though as the commemorative wedding coin based on the couple are facing criticisms now as Middleton's face looks plump and older than Prince William. Even though the coin has gone through rigorous approval, it still looks ridiculous. I can't even say it's commemorative because the drawing itself has gone badly wrong. I hope they fix this before more coins are distributed and the royal couple ridiculed. 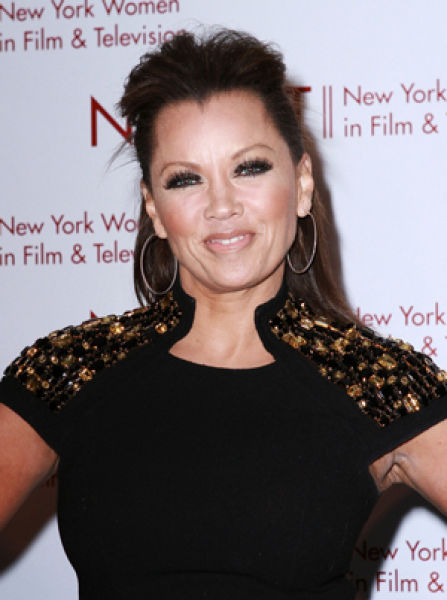 Looks like Desperate Housewives stars Eva Longria and Vanessa Williams have become the latest Hollywood BFFs now and it's all because of one commonality - cheating husbands! In the past weeks, Longoria and Williams have gotten so close because both are experiencing divorces with their husbands who were caught cheating on their wives. A source said when they were not taping some scenes, they were talking privately in their trailers. They are both looking out for each other now and try to move on with their lives. Well, all I know is that when it comes to relationships, women really bond with each other. Well, I'm happy that they have each other, but if Eva's ready to mingle, I hope Vanessa will point her finger to me.

GOODSTUFF4U 10 year s ago
Vanessa Williams is scary - I would not want to wake up in the mornings and look at her mug !
Reply
0

Duhh 10 year s ago
Whoever voted the Not myself tonight video for the worst obviously was not a man...LOL
Reply
X
>
1/1
<