We have collected a few more interesting shots to end 2010 with a bang. Enjoy the last Daily Stare for 2010 and we will once again help you find fun daily in 2011. 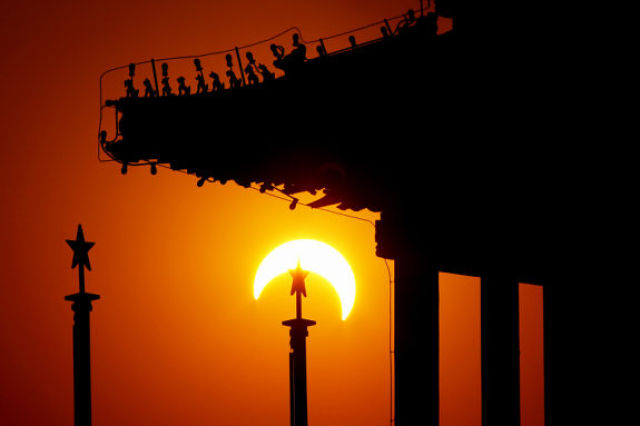 This is one of the best pictures that was taken during the year of 2010 if you ask me. This is the moon as it begins to be obscured in the solar eclipse at Tiananmen Square last January. 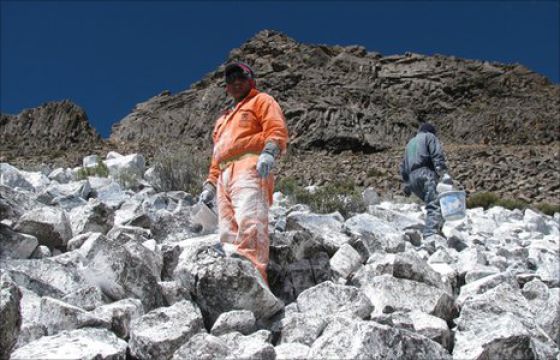 That is what Eduardo Gold; a Peruvian inventor did to the glacier on the Andes Mountains. He won a prize in the 100 Ideas to save the planet contest for his unique idea. Now when you visit the area the painted white rock at the top of the mountain reminds you of the glaciers that were once there. 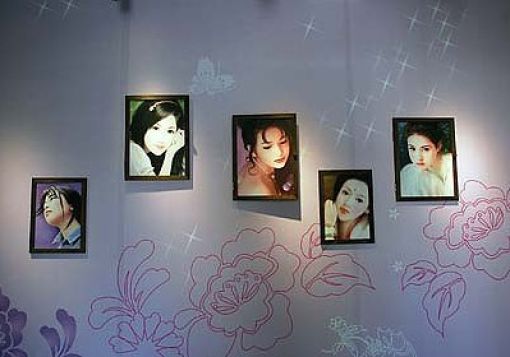 The special tea house museum is a new tourist attraction in Taiwain. It is a museum that is all about the entertainment of soldiers stationed around Kinmen Island. The brothel was closed in 1990 due to the local women’s groups that protested the brothel. 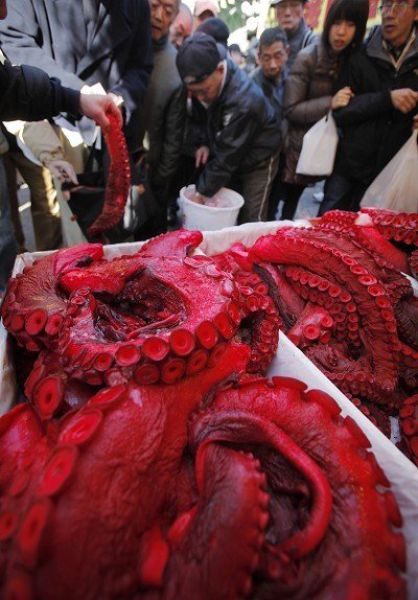 Tons of octopuses are on sale for the year end here in the Tokyo Ameyoko market. 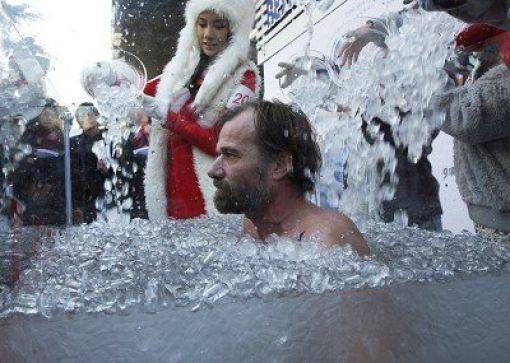 Wim Hof aka Iceman relaxes in ice cold water to help create awareness of global warming. Wim holds the Guinness Book of World Record for his ability to withstand the cold. 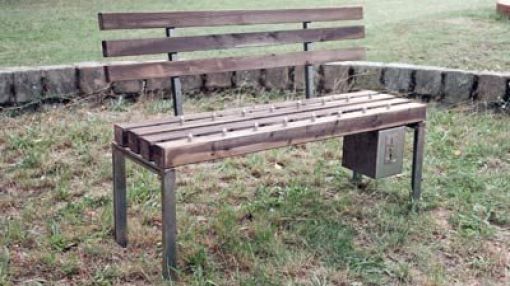 No, this bench has spikes added to it so that park visitors can’t spend too long on the bench. The bench is coin operated, so that after a certain time if you don’t feed the meter it shoots out metal spikes through the bench. I thought benches and parks were for relaxing, not a hit and run visit. You can visit this weird bench at Yantai Park in Shangdong province, eastern China. 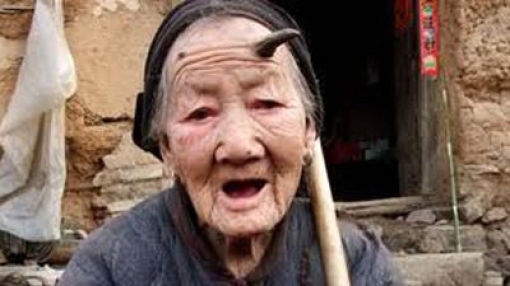 This 101 year old woman was found with a horn on her head, does her age and horn mean she is a demon or just sprouting out wild growths. 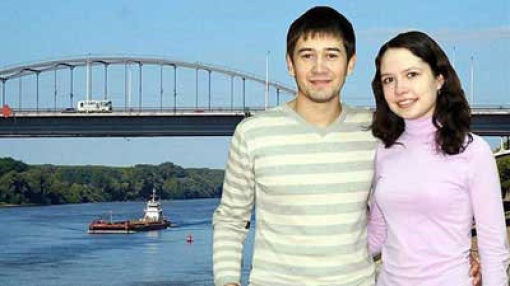 This sweetheart pair found each other in Russia when this girl found this man about to leap off a bridge while she tried to jump off a bridge herself. The two quickly began to talk and promised to help each other out of their broken hearts. 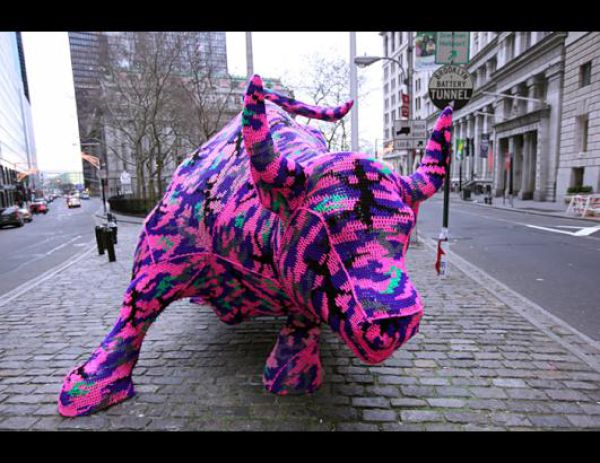 Artist Olek gave the Wall Street charging bull a new crochet makeover. It was his holiday gift to New York.

The womand with the horn makes me puke
Reply
0

Blind Soldier 10 year s ago
Thank you for dumping lots of paint into the environment in the name of the environment! It isn't like its one of the MORE toxic substances mankind has been known to leave around.
This is rubbish. /:< Propaganda is propaganda, and it is also hypocritical. Environmentalism is just another attempt to engineer society and shape it to one's own fickle will. Its a very large cargo cult, pure and simple.
Reply
0