Darker Demi Lovato comes out in the open

If there is one star I miss so much, it would be Demo Lovato. She recently went to rehab to treat heremotional and physical distress, and that treatment is taking a long time. But, despite missing her, I didn't know how to react on seeing a new and darker Lovato when she was given a brief release from rehab in order to spend Christmas with her family. The 18-year-old Disney star was seen sporting a darker image with dark lipstick, much darker hair, black outfit and dark nail polish that she was unrecognizable! Unrecognizable?! If I was only shown the pictures, and not the news, I would never know it's Lovato at all. I think she went through a lot there. Is this what rehab has done to her? If so, I wish she had done her treatment somewhere. 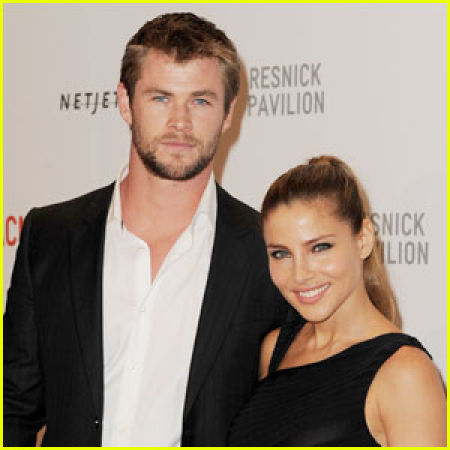 For those of you who dream to be with the ultimate Thor, sorry girls but not only he is taken, he's married! Well, isn't that a surprise. Thor star Chris Hemsworth is now married to her longtime girlfriend, Spanish actress Elsa Pataky. They got married over the Christmas holidays, but there are still no details about where and what happened in the wedding. Great ... another secret wedding in the news. And isn't it a coincidence that his co-star Natalie Portman just announced that she is engagedand pregnant to Benjamin? It just means one thing: 'Tis the season to be engaged and get married. So who's next before 2010 ends?

Everyone Got Engaged This Week 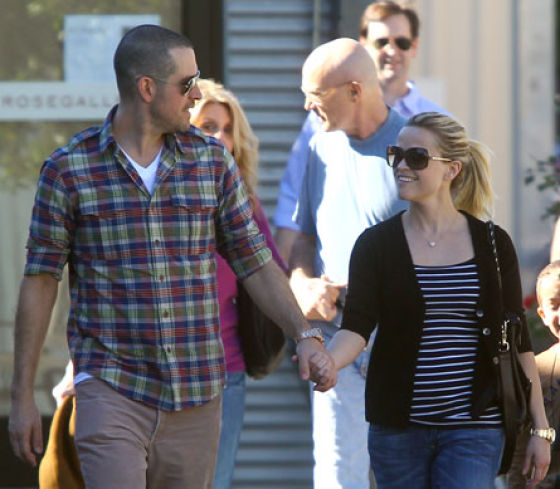 And just like I said in a previous article, 'tis the season to be engaged and get married. It is not the week of the Christmas holidays, but rather the week of engagements as more Hollywood stars are getting engaged with their partners. Let's start to the couple who started the trend: Natalie Portman and Benjamin Millepied, where the Black Swan star announced she was engaged and pregnant. Now this is a nightmare for her because my chances with her are over. Another couple is LeAnn Rimes and Eddie Cibrian in which I don't care because they're not that interesting anyway. Then came a controversial engagement when Playboy czar Hugh Hefner proposed to her 24-year-old girlfriend Crystal Harris who is 60 years younger than him! The lastest in the pack is Reese Witherspoon who is now engaged to her agent boyfriend Jim Toth. I think this is to make up for the countless break-ups of 2010, because nextyear will be weddings and babies!

Dina Lohan and Family Gear Up for Lawsuit Against Lilo Biopic

The Lohan family is at it again as they plant to pursue legal charges against the producers of Dogs in Pocketbooks - a movie solely based on the troubled life of Lindsay Lohan. LiLo's mother called up her lawyer Stephanie Ovadia and both are saying that they have a strong case. They also added that they are violating the privacy invasion lawsuit where the producers are using LiLo's image without her being compensated as well as admitting that the movie is really about the troubled actress. Really Dina, when will you stop filing lawsuits on people. First the Super Bowl commercial, then Glee, now this??? It is getting tiring and sometimes I don't know what the hell she is doing with her life.

Camille walks away from Kelsey with $50 million 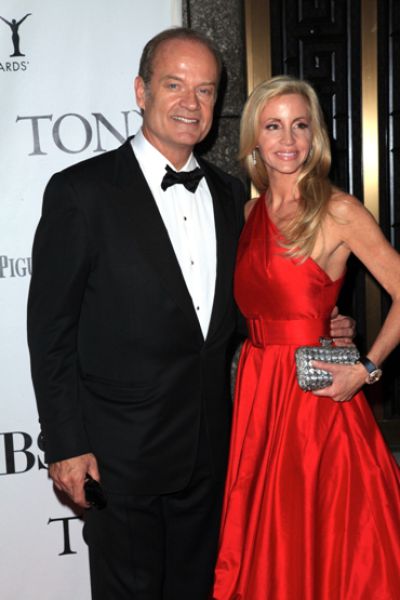 This is what you get by not signing pre-nuptial agreements. We found out that Kelsey Grammer has to pay $50 million to Camille when he gets divorced with her in order to marry his new girlfriend. The former husband and wife had a joint fortune of more than $100 million and most are from real estate. Because there is no pre-nuptials signed, all of their joint earnings will be split in half. I'm pretty sure Kelsey is hurrying this one up in order to get married to his new fiancee, Kayte Walsh. Oh, lucky Camille. At least, despite losing a husband, she still gains cash.

The Game robbed by valet 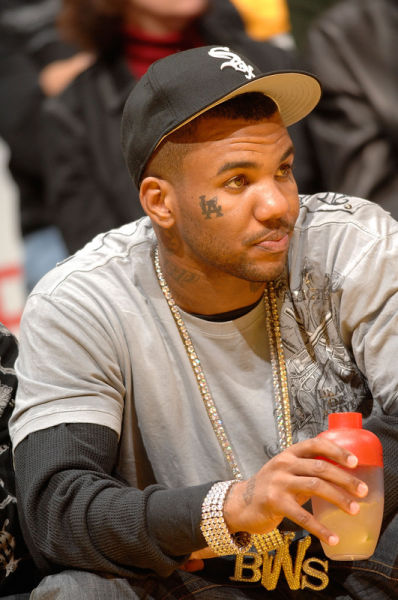 It looks like it's not only mansions that are getting robbed this Christmas season as rapper The Game was robbed by a valet on, of all days. Christmas Eve. He tweeted that he was doing some last Christmas shopping his kids, when suddenly he found after getting his car that the thief stole a Louis Vuitton bag, jewelry and $75K. In his desperation, he got so violent when he saw the thief in the Nordstrom valet, and now he's on probation. In the first place, really ... who keeps that big amount of prized possessions inside the car??? You know when it comes to Christmas, a lot of people can't be trusted, especially strangers. Next time, The Game should just keep the possessions at home than in the car.

Rihanna and Matt Kemp break up 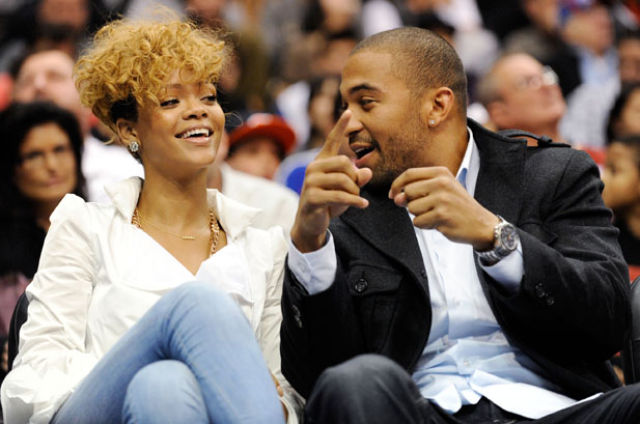 Just when you thought the break-ups are over, here's another break-up news to end the New Year with a bang! Rihanna and Matt Kemp have gone over to Splitsville as well. Just a few months ago, the singer said she was happy with Kemp, while another source said that Kemp was sick of following her around. One thing is for sure: this split was not so painful as that when she and Chris Brown split up. It was said that she was never serious with their relationship because it was all just fun. Well it looks like it because we don't hear any crying or angry words on her part. Well, this Brown's opportunity to have a second chance with her ... that is if she'll accept him again. 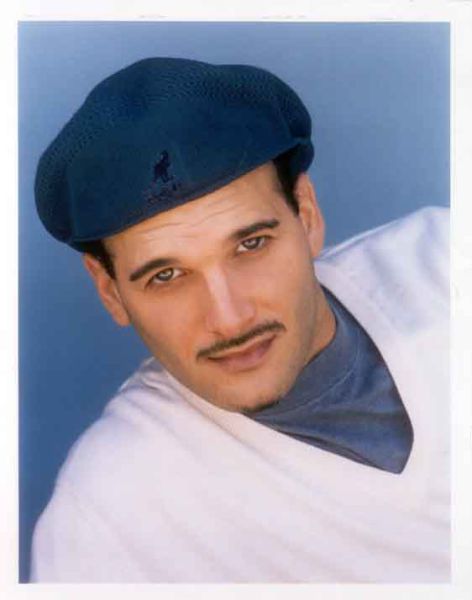 I could not have agreed more with Phillip Bloch! In fact, I am bowing down to him. Okay...that sounded awkward, but Bloch speaks the truth! When Popeater asked him who was the worst dressed for 2010, he immediately said Ke$ha and even advised her to call him because what she is doing now is not working well on her. Oh yes! Finally somebody said it! So Ke$ha, for the love of yourself, call Bloch and give yourself a makeover so you won't loom disgusting to the public. I'm pretty sure you're hot without those “dirty” clothing that you've been wearing.

Miley Cyrus out of control? 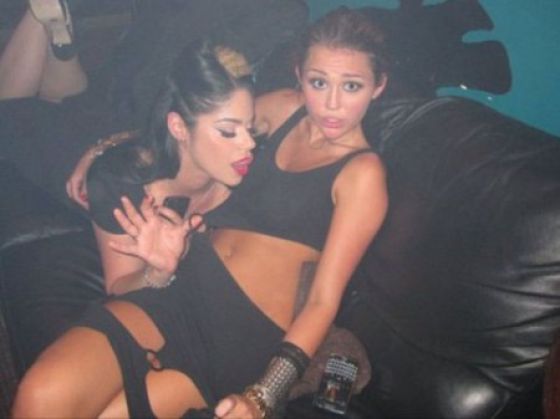 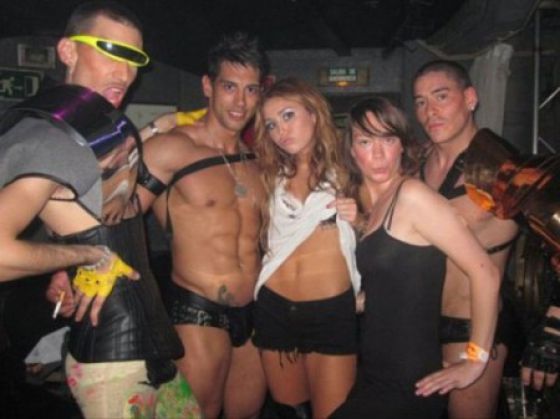 Somebody stop Miley Cyrus before it's too late! She's beginning to be like LiLo and Britney Spears as racy photos of her in compromising positions and little clothing are spreading throughout the Internet like wildfire. One of her photos looked like her assistant is licking her breast, while another one saw her putting up her shirt to show her tattoo just under her breast. I swear parents are going to have a heart attack with these photos, as well as the video a couple of weeks ago sniffing a salvia. There is a theory that this is how she is coping with the separation of her parents, Billy Ray and Tish. If this is so, then for crying out loud, team up for awhile and help their daughter straighten their ways before she gets into real trouble. We wouldn't want another LiLo in our midst, please. 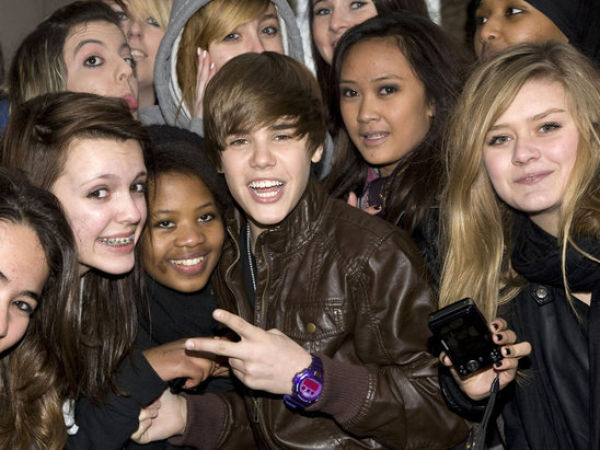 Looks like Bieber fever will never be stopped, even in casual settings such as the mall. Fans of the singer caused chaos in a shopping mall when they saw him shopping on Boxing Day at Fairview Mallin Kitchener, Ontario. People started to notice him and suddenly, a horde of girls made their way to the glass of Sunglass Hut so they could get a glimpse of the singer. Due to the big number of girls, the manager called the police and ushered Bieber out before everything can get worse. This is such a funny news because all Bieber wanted to do was shop, but what he got was a girl “shopping” in order to look at him. Oh dear, Bieber fever has gone to uncontrollable heights and I wouldn't be surprised if somebody got hurt badly because of a Bieber stampede.