Eyes on Stars: Another break up, See-through outfits and More (12 pics) 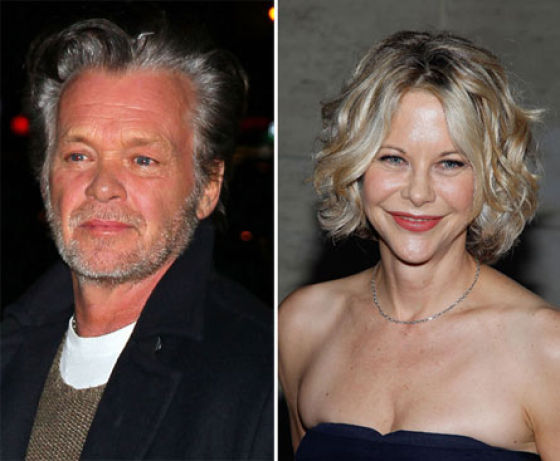 Just recently, John Mellencamp has separated from wife Ellen, but the surprising thing is that it looks like he has gotten over the separation and has started finding comfort in none other than actress Meg Ryan. Could it be that she is the reason why John and Ellen separated? According to one source, nope she was never the reason and had just been dating for seven weeks, where John was already separated at the time. They were both seen doing some grocery shopping in SoHo and looked comfortable with each other. We're not so sure about that yet as I think we have to confirm that from Ryan herself.  Oh well, let's just wait for their comment about it. 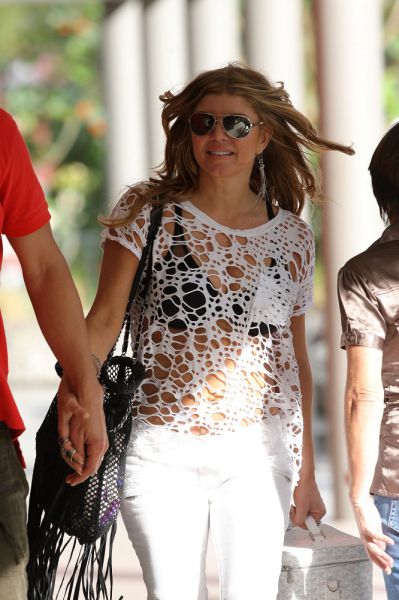 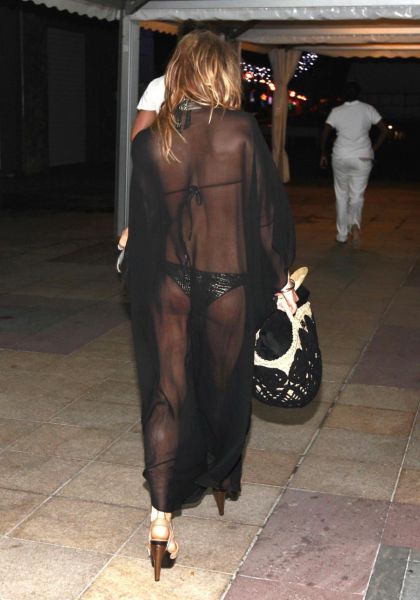 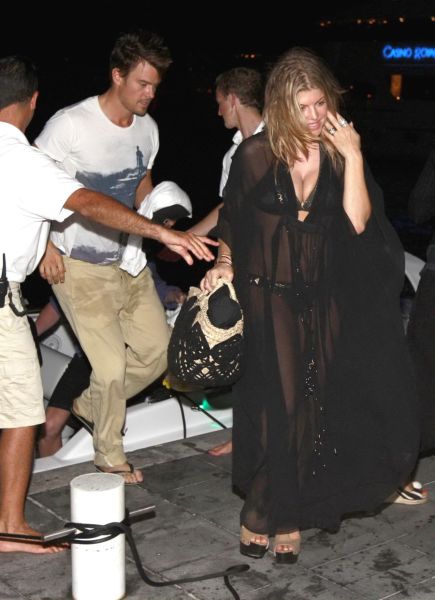 Despite being married to Josh Duhamel, getting busy with tours of Black Eyed Peas and other stuff, Fergie still has time to have a vacation with her husband and get half-naked in the beach or in any other day. The singer was spotted in two occasions wearing see-through outfits: first in St. Barts heading to the airport wearing a sort-of fishnet blouse with just a black bra underneath. Second, she wore a black chiffon like dress and a bikini underneath. I say she looks darn sexy with both outfits (as she has always been) fitted in that curvaceous body. She still looks awesome despite her busy schedule and I hope she keeps it up. 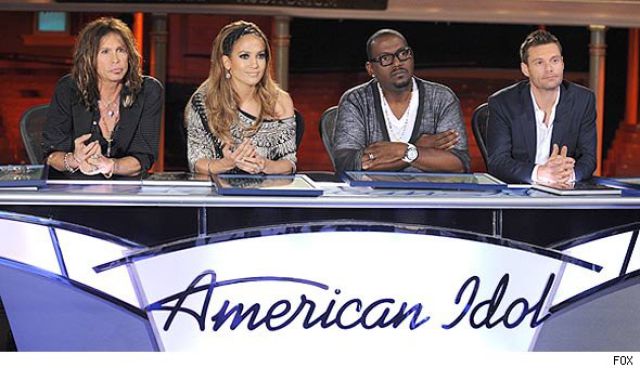 This could be (or could be not) what America will be waiting for this coming Jan. 19 as American Idol Season 10 will premiere with new changes on, well, almost everything. We all know there are two new judges: Steve Tyler and Jennifer Lopez and it will also now be shown on Wednesday and Thursday nights. But other changes mentioned that can give the show a twist. One, there will no longer be an even amount of finalists per gender so expect having more boys and less girls, or vice versa. Then semi-finals will have a top 20 round where two groups of 10 contestants will compete for the final 12 spots. Then 12 finalists can go up to 15, but that is still unsure. Whatever the changes are, this season is going to be different than the past 9 ones and I don't know if it would be for the better. We'll just have to see. 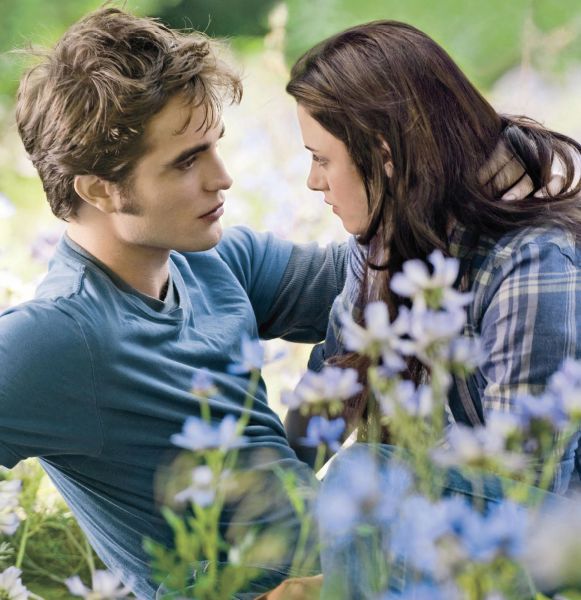 While you're raving about the nominees for the Golden Globes and Oscars, people like me are raving about the Razzie Worst Picture Nominees Shortist for 2011. Some of the nominees are: 'Little Fockers,' 'Sex and the City 2,' 'The Expendables,' 'Grown Ups,' 'Clash of the Titans,' 'Killers,' 'The Bounty Hunter,' 'Yogi Bear,' 'Jonah Hex,' 'The Last Airbender,' 'VampiresSuck' and 'The Twilight Saga: Eclipse.'. Razzie will also be introducing a new category entitled Worst Eye-Gouging Misuse of 3-D with titles such as Piranha, Resident Evil: Afterlife and The Nutcracker in 3D, Clash of the Titans and The Last Airbender to look out for. I'm glad this category was made because 2010 is the year where misuse of 3D was too much. I'll really be waiting for the rest of the nominees. 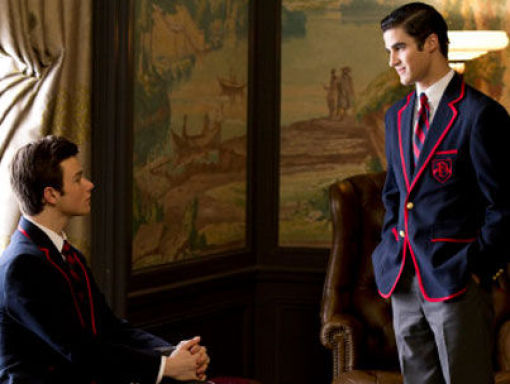 Some spoilers but it looks like Gleeks are going to be happy to know that their favorite couple, Kurt and Blaine might have a lovey-dovey scene this coming Valentine's Day. It was said that Blaine might confess his professing love for Kurt in front of the GAP store, which apparently, Kurt will be happy to hear. It was reported that they will be singing Robin Thicke's “When I Get You Alone”. So, finally these two will get it on? Oh dear, girls are going to swoon over this. Wow....gay love is in the air...

Ashley with no make-up 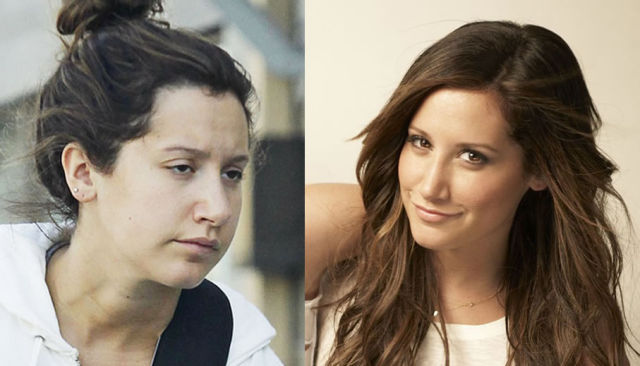 It's sad to see stars who look ugly when they don't have make-up on and are caught on camera in their most vulnerable state. One example is that of Katy Perry in yesterday's news. Now, Ashley Tisdale joins the club as she is seen with no make-up here and is being compared to her Seventeen shoot. See the difference? I don't what the hell happened with Ashley when she had no make up, but it looks like she is about to puke or something. Yes she is pretty and I wish she would remain that way without makeup. She was even beaten by co-Disney star Hilary Duff who looked hot without the paint. Oh well, I guess it can't be helped…

Confirmed: Jake Gyllenhaal and Taylor Swift have broken up 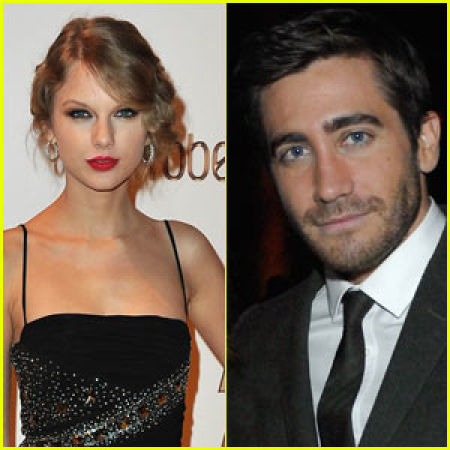 Wow, that was really, really, fast! Yup, you heard it, they have broken up and it's all because Jake didn't like the attention they were getting from almost everyone. Plus there was the age difference. Sources said it ended last month and that Taylor is now devastated by the break up. Even though she has been warned not to move so fast in her relationship, she did not listen. And now she has paid for it. Oh, this is definitely going to be one of Taylor's new songs...another song for the ex is coming your way people! So we'll get to hear more about the two not on the news but in her songs that I'm sure will get girls crying and relating to her.

Leann Rimes in a bikini tells she had something enhanced 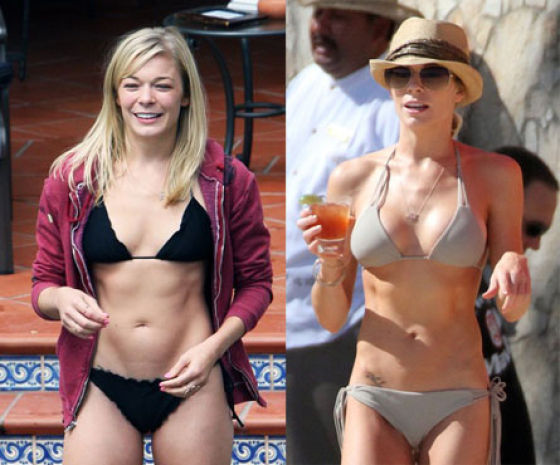 Just after the announcement of her engagement with Eddie Cibrian, she comes out in bikini and suddenly we see the difference...in her boobs. Yes boys and girls, looks like our girl here had her boobs enhanced in just a small span of time. Just last summer, she was also clad in a bikini, but with smaller breasts than the one taken last week. And it was said that he surgeon was the surgeon of Cibrian's ex Brandi Glanville and even went for her cup size. Wow, talk about insecurity and desperate! Now that's what you call pressure to go under the knife. Hmmm...maybe Eddie will love her more now that she and Brandi are of the same upfront.

Samantha Ronson is in a bad mood 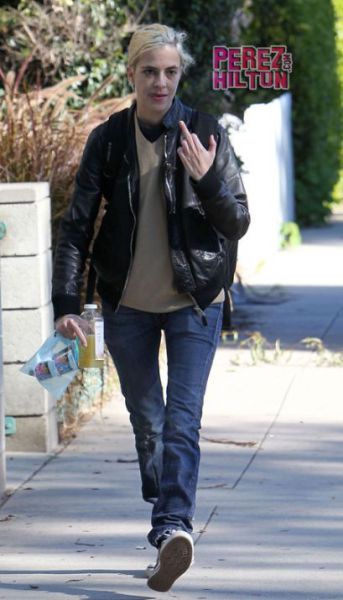 Looks like we'll be seeing more of Samantha Ronson in a bad mood as it was found out that her ex, Lindsay Lohan, will be moving in a house that is so close to her home. Just recently, she flashed the FU sign to the paparazzi last Tuesday morning. Oh joy! I mean, yeah who wouldn't be in a bad mood when your good for nothing ex will be living right next to you. Talk about stalking. One source tells that when Michael Lohan moved in some boxes into their new home, Sam was seen shaking her head in a big disapproval and really frowning. Oh poor Sam. What in world was Lindsaythinking?! Sheesh! 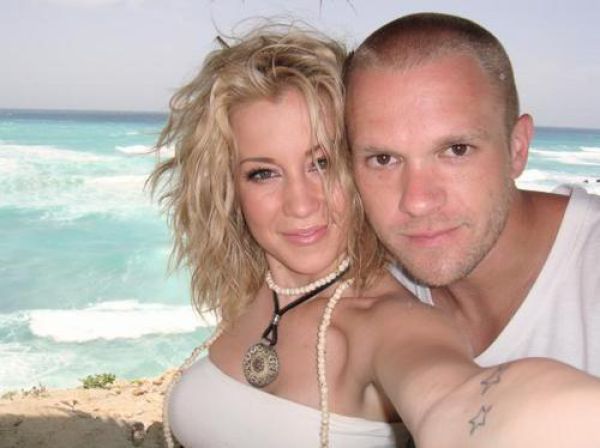 Private weddings are grazing the start of 2011 as another celebrity marries secretly just recently. American Idol Kellie Pickler got married to her fiancee Kyle Jacobs last New Year's Day in a private ceremony in the Carribean. The two have been dating since 2008 and had been engaged since June. A source tells that Pickler have wanted to get married right away because Jacobs' proposal to her in a beach in Florida was so romantic and has been the “most amazing day of her life”. Jacobs means a lot for her and he had helped her change her whole life into something wonderful. Hope they stay together forever and not end up like other married Hollywood couples out there. Congrats Kyle and Kellie!

Tarzan 10 year s ago
love this... everything under one roof :)
Reply
0

wow 10 year s ago
Tarzan, i think the same
Reply
0

nat 10 year s ago
Uhh, what Fergie is wearing in the 2nd is just a bathing suit cover.. If you see her out wearing it in just a bra & panties, or pulling a Lady Gaga with just panties & tape on her tits, THEN I'd see something to talk about.
Reply
0

GOODSTUFF4U 10 year s ago
Tarzan and wow, I think the same thing
thats way this site is part of my morning newspaper
Reply
0

disturbed 10 year s ago
Izigossip, when your life is shit and other people's lives are more fascinating. Oh, yeah, and when you're missing a dick.
Reply
X
>
1/1
<