Zac Efron and Vanessa Hudgens are back togеther? 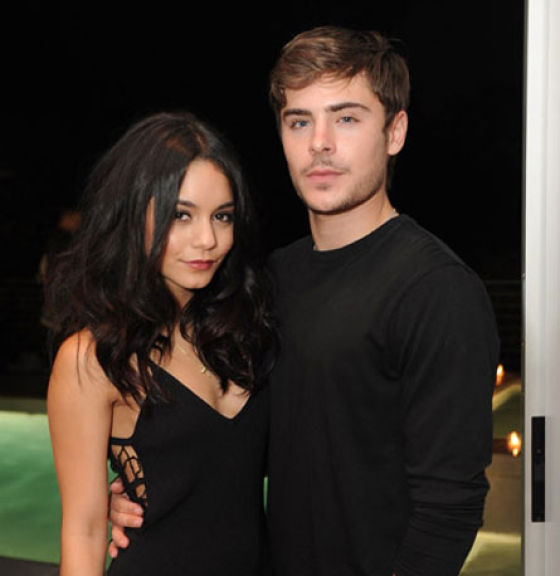 It looks like being away from each other made them long for each other more. Zac Efron and Vanessa Hudgens were seen together at SGH’s Eden Hollywood club last Friday night acting as if they haven't broken up at all.Arriving at midnight, the two went to the dance floor where Vanessa was smiling ear to ear and had her hands up, while Zac had his hands all over her. After that, they were seen getting cozy and making out on and off almost the entire evening. A source said that they were inseparable and it was as if nobody was around. Hmmm... maybe they were so into each other for a long time that they couldn't live long enough separated from each other. Ha! People knew that split wasn't final because if it was, it would be a big hype and wouldn't do it quietly. 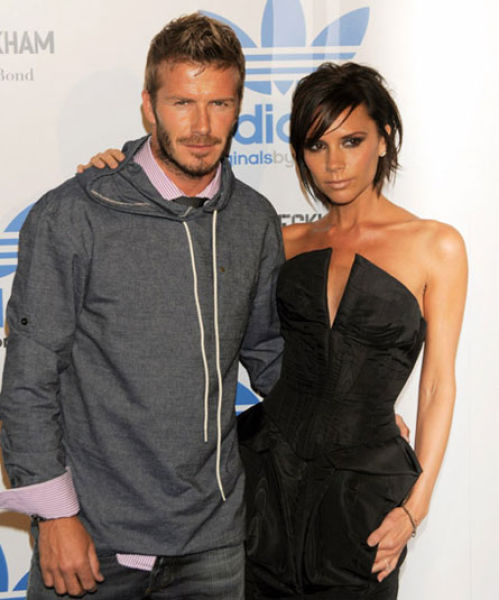 And she hopes it's a girl! David and Victoria Beckham have announced that they will be expecting their fourth child by the summer and their sons are very excited for the arrival of their baby brother or sister. Well, it looks like the “Posh Spice” is hoping that it's a girl. I am pretty sure that just like any mother in the world she wants to have that girl in her tummy in the hopes she'll be able to dress her up as she grows up. After all, she won't be “Posh Spice” if she doesn't have a little girl in her family. Plus, I would wonder what she would name her since celebrities these days often give their children unusual names.

Man with the golden voice 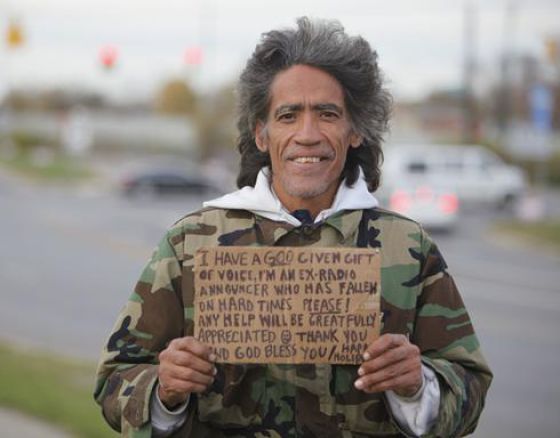 One of the highlights of the week is the man with the golden voice. After The Columbus Dispatch heard about homeless man Ted Williams, they went to do his story how he became addicted to drugs until he stopped and has now been clean for two years. They video recorded his voice, which was like voice-over you hear in TV commercials. Soon, other TV shows such as Dave and Jimmy of “WNCI Morning Zoo” interviewed Ted. Reddit site even plans to help him with some donations. For his latest stint, he now voices the TV commercial of Kraft Mac & Cheese. We hope he'll be doing good... and no more drugs because I wouldn't want them to ruin that golden voice of his. 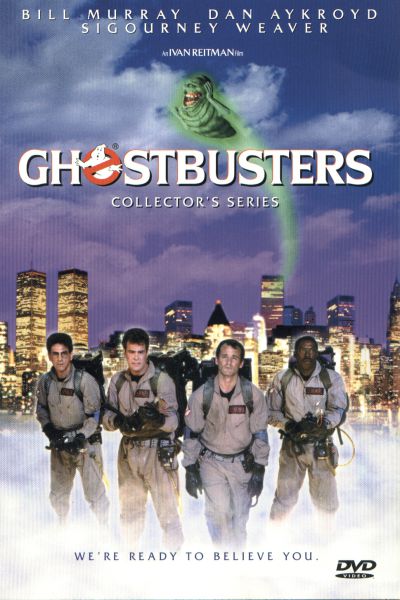 It has now been confirmed by Ivan Reitman, a producer and director of the 1st two Ghostbusters, that there will be a sequel and that the script has already been written. In fact, the script has been sent to Bill Murray for a review and Mr. Reitman is just waiting for the response. There is still no confirmation about whether the other three actors from the Ghostbusters team will be in the film or not. Really? After such a long time? What would be the story like when all actors are getting older? There are so many questions. Maybe they would be passing down their ghost busting acts to a younger generation. Who knows? It’s rather curious, and we hope it will be a good sequel to begin with. 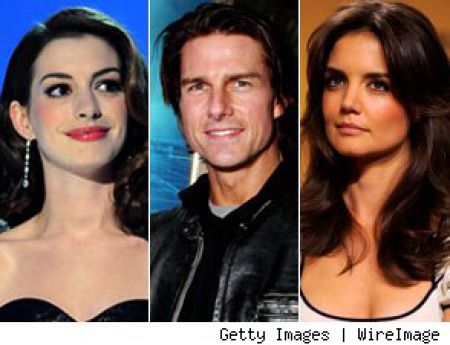 It looks like bad ties might lead the Cruise couple to boycott the Oscars because Anne Hathaway is one of its hosts. It turns out that Katie Holmes was hurt when Hathaway impersonated her in a comedy act at Saturday Night Live last November. Hathaway and Holmes were friends when Hathaway broke up with her then-boyfriend Raffaello Follieri in 2008. But after what happened, Katie got so hurt that she did that act and, at the same time, didn't even warn her about it going to appear on TV. Well, too bad for Katie but we all know what happened at Saturday Night Live and I'm pretty sure that Hathaway didn't do it to insult her. Maybe being married with an old man makes you lose your sense of humor as well. 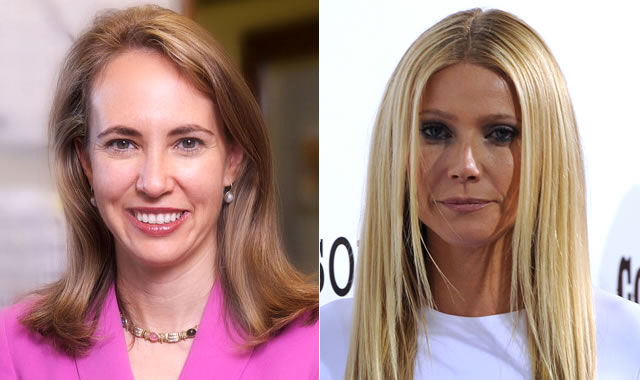 Gwyneth Paltrow is now in a sad state as her cousin, Rep. Gabrielle Giffords, was shot in the head in Arizona while she was doing a meet-and-greet event. Even though she has not met her cousin, she extends her prayers and thoughts to the families and friends of Gabrielle Giffords and hopes that whoever shot her should be condemned. The congresswoman is still in critical condition as she was reported to have her surgery just yesterday. There is still no word though of what has happened to her. Well, just like Paltrow, let's hope for Giffords’ recovery. 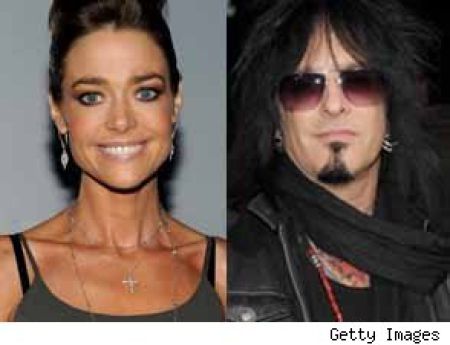 Another split this year as the still sexy Denise Richards and rocker Nikki Sixx break up after only weeks of dating with each other. Apparently, they were not serious at all. And it looks like it's true as a rep from the Richards says they were never even serious to begin with and should not even be considered a big break up. Richards went out with him a couple of times and decided she was not interested. In any case, it’d be better for Richards to just spend time with her daughters more than withother men who could end up to be like Charlie Sheen. 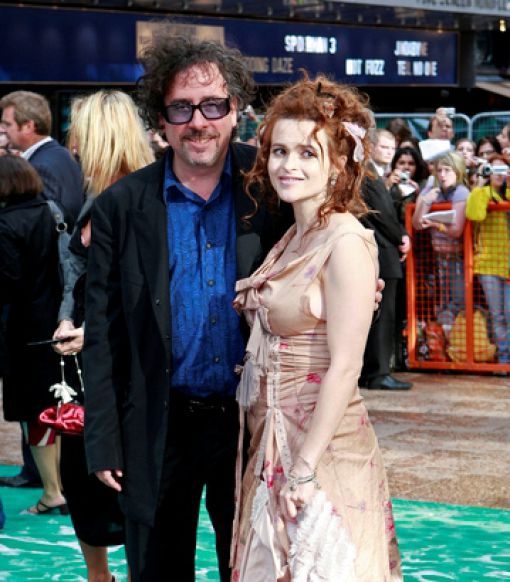 Director Tim Burton was hospitalized last December when he complained of painful kidney stones. This was announced by his long-term girlfriend and actress Helena Bonham Carter in the British Independent Awards saying he has been ill for weeks and expected to have a good Christmas but turned out worse. For now, he is still recovering and was able to attend a New year's Eve party in UK. We hope you get well soon Tim.  We want to see more of your great upcoming movies in the future. 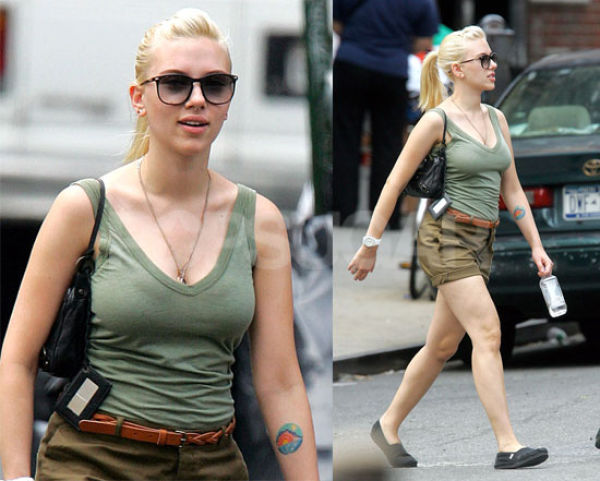 Who wouldn't? Well, it turned out that ScarJo was devastated upon hearing that Ryan and Sandra spent the New Year's Eve with each other, when she and Ryan were seldom seen together in media because of their busy schedules. It was very awkward for ScarJo especially since she and Sandra were friends too. If indeed Sandra and Ryan are seeing each other now, or that she is for Team Ryan, then ScarJo is not very happy about it. Hmmm...maybe ScarJo was expecting for a girl bonding with Sandra in terms of her split with Ryan, since they both share the same experience now of being single ladies after having broken marriages. But it seemq she's more into another bonding, which is with Ryan. Poor ScarJo. 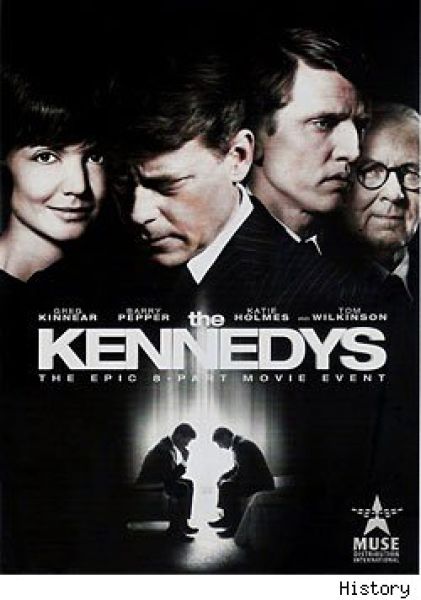 After a big amount of money, time and energy were spent in doing the 8-part series “The Kennedys”, The History Channel has decided not to air it in the US. According to THC, after reviewing it as a whole, it was decided that the drama series would not fit into the History brand and that content was not accurate enough. And to think this series stars Greg Kinnear and Katie Holmes! However, the series will still be shown in Canada around March and there are some rescue parties who plan to get it to be shown on their channels. 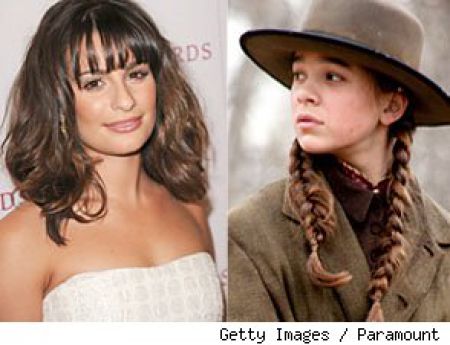 Who would've thought that Screen Actors Guild nominee Hailee Steinfeld was snubbed before by none other than Lea Michele from “Glee”. It turned out that on her audition for True Grit, she was in the Paramount lot where the Glee was shooting as well. She saw Michele and wanted to ask for herautograph. When Steinfeld approached her and asked for it, she just walked by and a guy told her that it was not a good time. Steinfeld was crying the whole time on her way home. So much for a diva behaviour Michele! She was just a fan back then and you couldn't give her an autograph? It really seems that Michele is having the diva attitude where she feels she's better than the rest of the cast. Hmmm...doesn't that sound like Rachel Berry? Aha! So she's living up to her role! Good luck with that Lea.

wow 10 year s ago
im happy for the golden voice man, he recovered and got a job to get back to a "normal" life with all the basic needs covered.
Reply
0

;) 10 year s ago
^yep, very good to see the helping of those in need, soemething you don't often see here.
Reply
0

CNA Training 10 year s ago
Superb blog post, I have book marked this internet site so ideally I’ll see much more on this subject in the foreseeable future!
Reply
0