Charlie’s Angels will be back on TV! 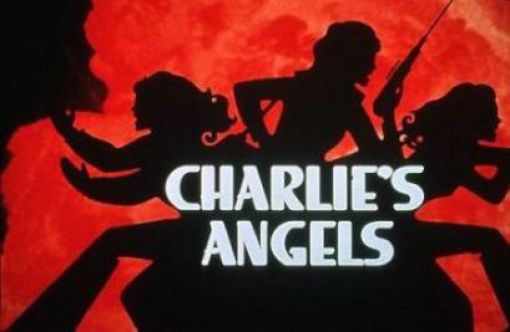 Charlie’s Angels fans out there! The series will be back on TV and ABC has already given permission for the pilot to be produced. Plus, the new Charlie has been cast to Robert Wagner.  Miles Millar and Alfred Gough have been set to produce the series together with Leonard Goldberg and Drew Barrymore. The remake will be different from the original because it may involve new technology. There is still no cast for the three angels but the producers are already scouting. This is pretty exciting since the series will take place on a different setting and plot. We hope they get good actresses that will live up to the original angels.

Zac Efron is after older women? 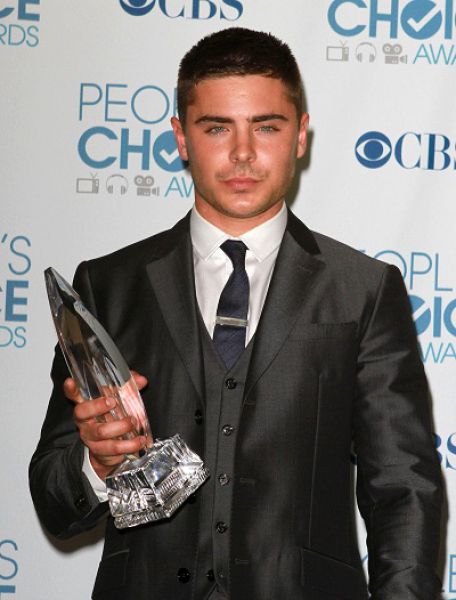 No, he’s not planning to date older women because it may be true that he and Vanessa got back together. Rather he’s going after cougars in his new role in the sequel to Gary Marshall’s “Valentine’s Day”. You think it’s over right? Well obviously not as the sequel will be entitled “New Year’s Eve” and Zac Efron will be dating Michelle Pfeiffer here. But he’s not divulging any information on how his scenes will be with the 53-year-old actress. Aside from him, Lea Michele from Glee will be joining the star-studded cast such of Julia Roberts, Anne Hathaway and Bradley Cooper. Well, we hope it would be better and funnier than the first one. 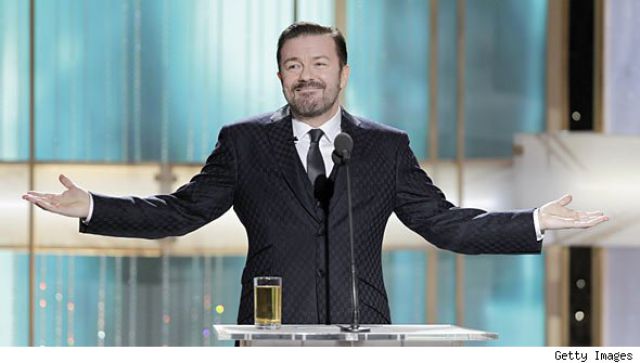 We knew the Golden Globe was so dazzling with the stars and winners but that was replaced by mean hosting of Ricky Gervais. He’s in big trouble now as he made bad jokes from Hugh Hefner to Angelina Jolie to Tom Cruise. There’s a big chance that he won’t be hosting next year’s Golden Globe…or even be nominated. According to a member of HFPA, he humiliated the organization and insulted the stars. Some presenters just made jokes, but deep down, they’re furious. He was even greeted with boos when he made fun of Tom Cruise. In his defense, Gervais said everyone took his hosting well and everything was great. Are you that naïve, Ricky? It’s obvious everyone hates you now. You were given another chance in hosting to be good…you just blew it. 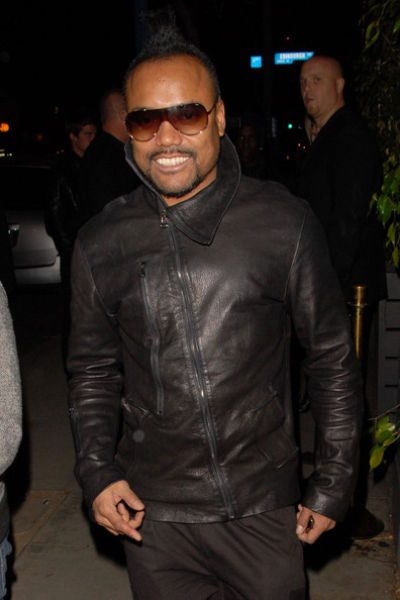 Despite selling millions of album as part of the Black Eyed Peas, Allan Pineda Lindo, Jr. aka Apl.de.Ap has admitted being legally blind.  The rapper has been diagnosed with a rare disease called nystagmus which makes the eye move involuntarily and unable to fully see.  At first, Apl.de.Ap had a hard time managing his condition given the group’s demanding schedules.  But in the end, he was able to manage and overcome his doubts and now performs well despite the condition.  It’s amazing that he was able to overcome it without letting the public know…no wonder he was always wearing sunglasses. But he sure has a lot of determination and led Apl.de.Ap to become very successful in his career. 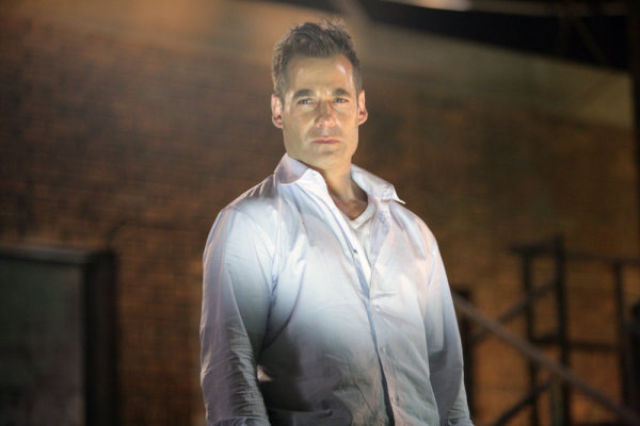 For some, he is known as Nathan Petrelli in the once-famous Heroes. Now, Adrian Pasdar will be back as an FBI agent in the romantic dramedy Castle. In the TV series, a terrorist sends a message threatening to destroy New York, and the NYPD asks for help to the Department of Homeland Security. The FBI presents Agent Eric Fallon (played by Pasdar) who will appear in multiple episodes, including a two-part episode that will air on February 21 and 28. We say it’s actually a good choice since he portrayed Nathan Petrelli well in Heroes and we were already wondering when he’ll appear in TV next. Well, we can’t wait to see you Pasdar.

Lauryn Hill arrives on her own concert three hours late 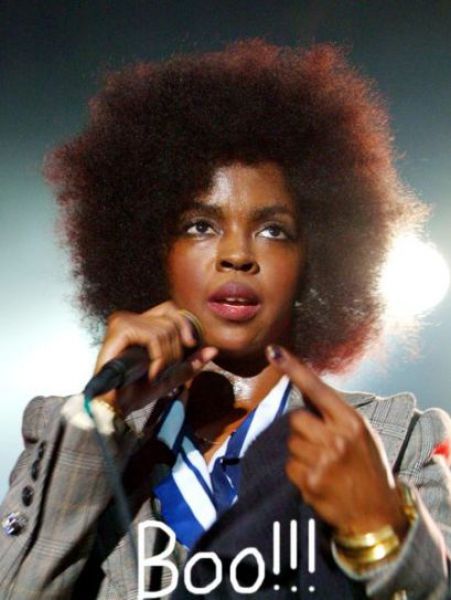 Singer Lauryn Hill arrived three hours late to a show in Brooklyn, New York and did it again in Atlanta. Her show was supposed to start at 9pm, but arrived at 12 midnight instead…and things started to get worse. Hill said she wanted to play something different with her music and told her band to speed things up a bit. That did it as fans did not know the music since it’s not what they listen to and it totally ruined her classic songs. Then, her band was playing so loud, fans couldn’t hear her. They were so disappointed at everything that most of them stomped off from the show. Hill should watch out for her behavior because if she continues to act this way, she won’t have fans to sing to anymore.

Nicole Kidman and Keith Urban now have a baby girl 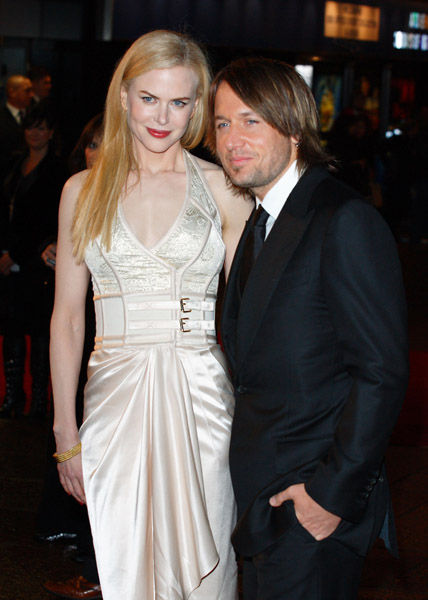 Another Hollywood baby has arrived and we actually didn’t expect this.  Nicole Kidman and Keith Urban have welcomed a baby girl in their family last December 28. But you think: she was never pregnant the past months. Well, it’s because the girl was born through a surrogate mother in Nashville Centennial Women’s Hospital. The couple is extremely happy with the arrival of Faith Margaret and joins her older sister Sunday Rose as part of the family. They also thank the surrogate mother who took care of Faith the past nine months in her womb. Yehey…keep the Hollywood babies coming. 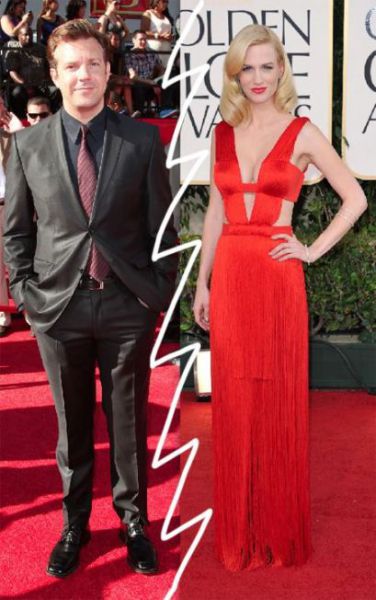 Jason Sudeikis and January Jones have split up months after they started dating last July. The reason: long distance. Jason was living in New York City while January was in Los Angeles and a source says they have been going on and off the past months and it looked like the long distance took a toll on them, prompting to end the relationship. It is possible that they could get back together, but not now when they are so far away from each other. Just like the Hollywood babies, more and more Hollywood relationships are ending in the past weeks. Well, couples have to work hard to make everything right before they fall into the bandwagon. 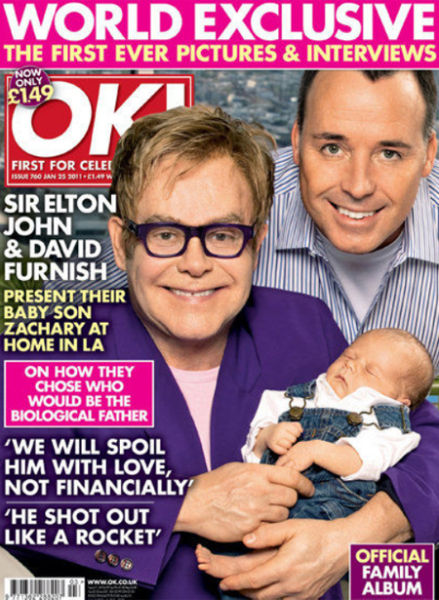 In the past weeks, Sir Elton John is thrilled to tell that he is now a father as his and David Furnish’s baby boy was born. Now, we take a first look at their son on the cover of OK! Magazine UK. Baby Zachary was born on Christmas Day by a surrogate mother. The couple is so happy with the new addition to their family after they were denied two times of adoption last 2009. Elton John says that they will spoil him with love and not materially and are very proud to have him. We are happy to hear that and we hope for the best to your family. Congratulations Elton and David!

Charlie Sheen and Brooke Mueller may get back together? 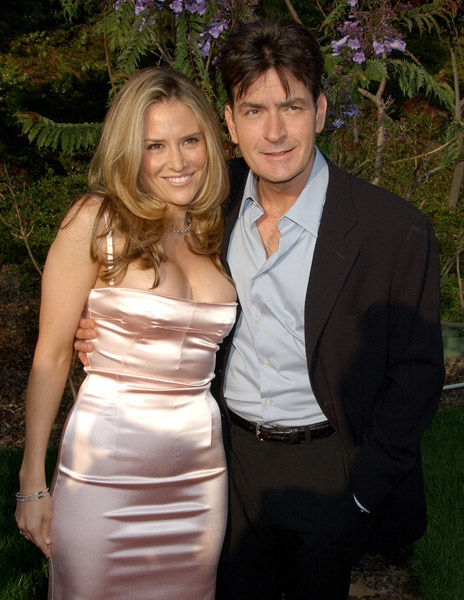 There is news spreading that Charlie Sheen and Brooke Mueller are talking about getting back together. According to Mueller’s mother Moira Fiore, the ex-couple are talking more than before and one of their topics is reconciliation, while another is saying that they are just talking about it for the sake of their boys. No offense to Brooke, but would she really bring Sheen back to her life when he even refused to go to rehab upon the request of CBS executives? We don’t think so. Sheen is still out of control with his partying and drinking, and we’re sure Brooke would not want that.

Glasofruix 10 year s ago
WTF, Ricky Gervais was absolutely awesome, nobody but the midget cruise and travolta blames him...
Reply
0

Luke77 10 year s ago
Ricky Gervais was rude, cheeky and... brilliantly funny! :)
Come on people, don't be so fucking sensitive, just laugh at yourself :)
Reply
0

rolotomasi 10 year s ago
Rick Gervais was HILARIOUS !
Pull your pole out of your political correctness ass and have a giggle FFS :)
Reply
X
>
1/1
<