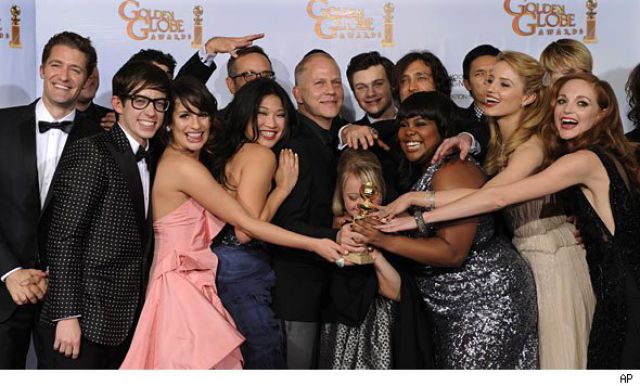 Last year, an episode of Glee was featured where Gwyneth Paltrow played Spanish teacher Holly Holiday and asked her students in Spanish “Lindsay Lohan is totally crazy, right? How many times has Lindsay Lohan been to rehab?” Unfortunately, the actress saw it and got upset. Last Sunday though, the Glee cast (except for Lea Michele and Jane Lynch) ran into Lindsay Lohan and immediately approached her to apologize about the jokes. They said they didn’t mean to hurt her feelings and Lohan accepted their apologies whole-heartedly and both sides parted ways with everything settled. That was a good thing and as for Lohan, we’re glad she accepted it and everything is good now.

Diddy gives gift to son for being an honor student 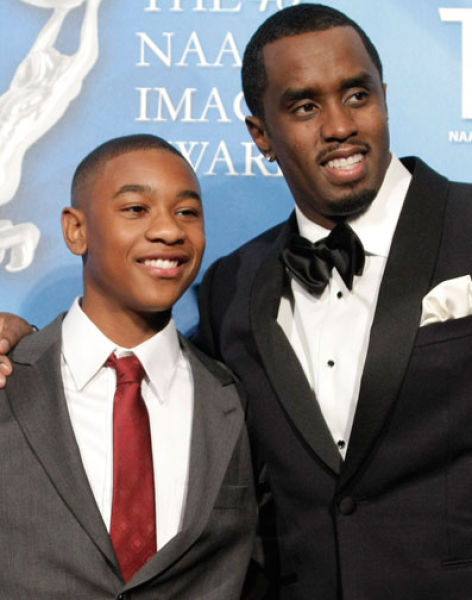 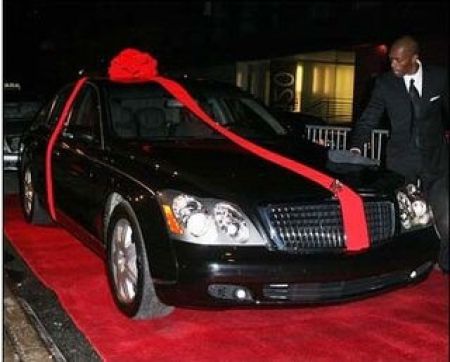 Ah, the perks of being the son of a superstar! Diddy just gave his son, Justin, another Mercedes Maybach on his 17th birthday AND for being an honor student. He upgraded the car by making it a luxury vehicle with limousine features worth $390,000. To answer criticisms that he went overboard, he said they were more on racist criticisms as people won’t question white people when they give their kids Porches and Bentleys. Yeah, give the guy a break. Man, if we were that rich and our sons graduated with honors, we’ll give them the same things as well. As long as he can afford it, nobody should complain. 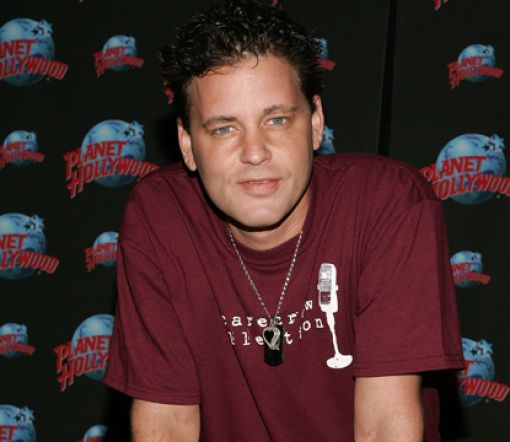 Awards shows always give tribute to celebrities who have passed away the past year but, most of the time, there will always be one or two stars that are omitted from the tribute. This year, Corey Haim was left out from the Screen Actors Guild (SAG) Awards tribute despite having some major films on his acting resume, including “Lost Boys”. According to Haim’s “Lost Boys” co-star and friend Corey Feldman, they’re used not being honored by their colleagues, but says “I have faith that the Academy will make a wiser choice.” Why would you omit a great star like Haim in the tribute? We hope the Oscars would pay tribute to him. 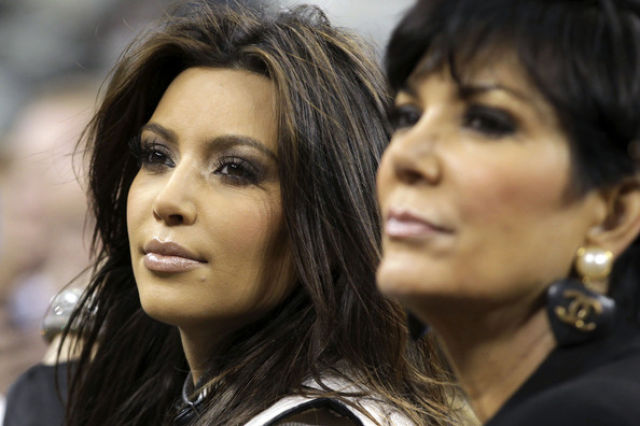 We know Kim Kardashian is sometimes full of herself what with her daring Twitter photos and all. But we’re surprised to hear  she got upset over her nude W magazine spread that was featured last October 2010. It turns out that the spread was more on porn for her than artsy. The crew of W told her that she would be covered with artwork and that nothing would be seen.  But, her nipple is seen and Kim described it “more naked than I was in Playboy”. Despite feeling sorry for Kim, we can’t help but say she should’ve expected it when she had to strip off for the magazine totally naked. She should’ve cleared everything before she went through it. 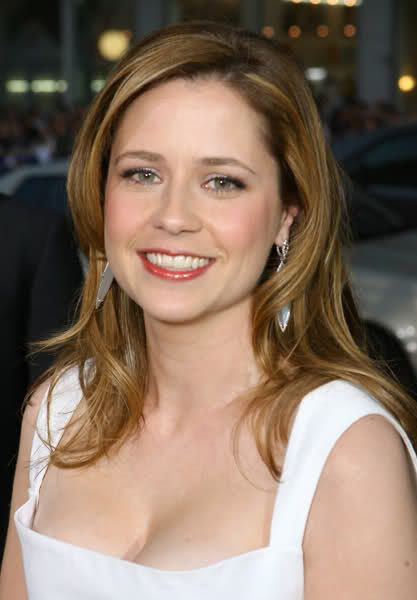 We heard Steve Carell will be leaving “The Office” before the show’s season finale, and people are wondering who will replace him. According to Carell’s co-star Jenna Fischer, it’s not as simple as it looks especially when it comes to replacing Carell. He has been good friend, so they don’t know how they will be able to cope with that. Plus, it’s hard to find a replacement that can do Carell’s antics in “The Office” because he is best there is on what he does. Since no replacement has been announced yet, there will be new faces in the next episodes. Carell is one of a kind and we are sad for his departure, but we hope they get a great replacement for him. 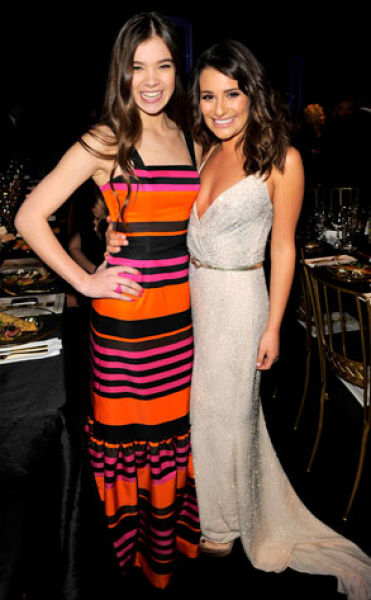 Remember the girl from True Grit who was snubbed by Lea Michele in the Glee set when she wanted an autograph? It turns out that it wasn’t Michele who snubbed her, but her production assistant. Michele explained the set was jam packed and the PA was worried she might be late. Well, Hailee Steinfield is getting more than an autograph as she sat beside Lea Michele in the Screen Actors Guild (SAG) Awards, which made the True Grit star smile. Aside from that, Michele chatted with Steinfield and even took a picture together. This makes us believe that Michele’s diva reputation is not true after all. We’re glad everything went well for the two girls. 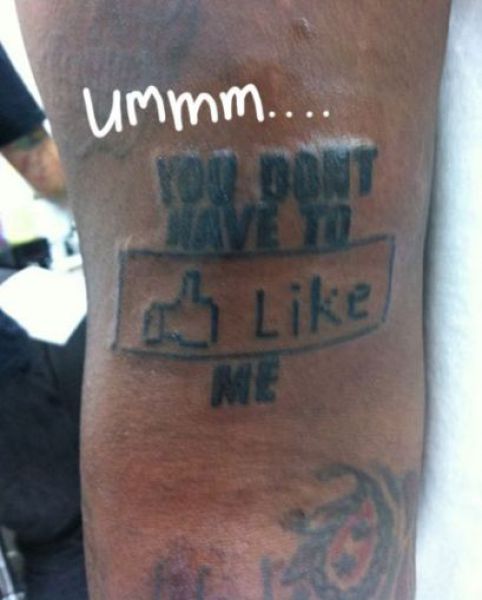 There are times when we feel some stars are going crazy when they decide to have a tattoo of an unusual image…and one of them is T-Pain’s new tattoo. Tattooed on his arm, the images say “You Don’t Have To Like Me” with an image of Facebook’s “Like” Button. T-Pain also tweeted that he thinks this new tattoo is pretty sweet in his Twitter and likes it a lot. Well, we don’t like to say anything mean, but it sure as hell looks crazy to us. We know how iconic Facebook is, but we think it’s not enough to place their icons as tattoos.

Michael Buble will settle down in England 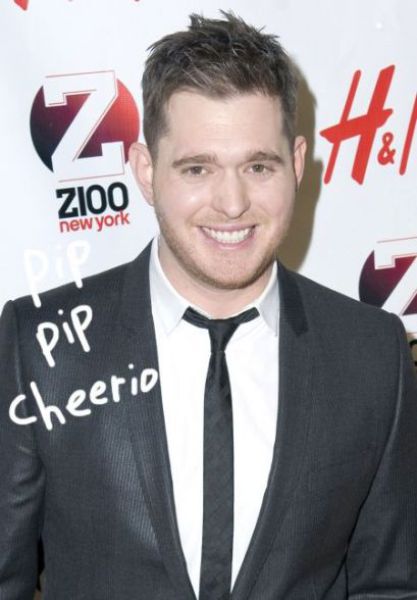 Now that he’s going to be a married man soon, singer Michael Buble decides to settle down in England. He recently purchased The Webb Estate in Purley, Surrey for $4.5 million so he can spend six months every year there with her wife to be Argentine actress Luisana Lopilato. As it looks like, Buble plans it to make it a proper home. Well, good for you Michael! It’s good to hear that you plan to settle down in a quiet place than in Hollywood. Congratulations to you and Luisana!

Fashion Moment: The girls of Glee in SAG Awards 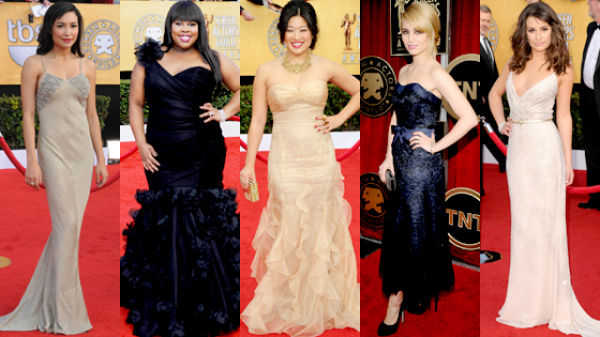 Another one of the Fashion Moments in the SAG Awards is how the stars of Glee dressed up for this formal occasion. Some were well dressed, while others just went downhill from there.  One thing is for sure: Amber Riley owned the night by showing that you don’t have to be very thin to look grand and fabulous. Shei’s considered the Best Dressed by E!Online, while Jenna Ushkowitz is the Worst Dressed as her gown showed more of her bulges than making them disappear. Well, we praise Riley for her great dress and she truly had confidence in her stance that SAG Awards night. If she keeps it up, she would be great in the red carpet. 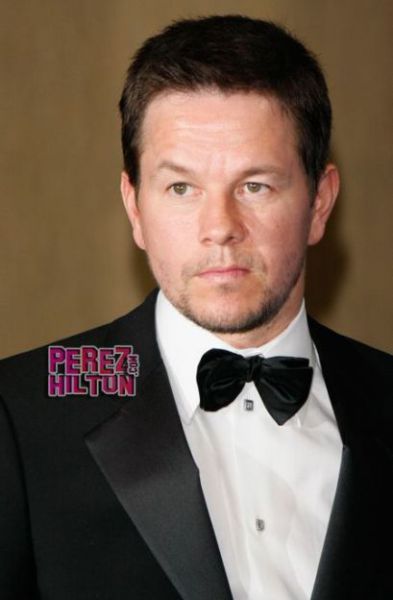 Mark Wahlberg is going to be busy these days as he will be producing another TV series. The man behind the production of The Entourage will be producing another TV series, this time a comedy pilot for CBS. Entitled Home Game, the show will about the life of three-time Super Bowl champion and NFL pro Mark Schlereth and will be more into comedy than drama.  We have confidence in Wahlberg as he has produced great work, with The Fighter being the latest. We can’t wait for this new show.

disappointed 9 year s ago
umm.. yeah.. next time ill read this from perez' site.. coz it SEEMS it came from his site
Reply
0