Adam Sandler gets his own Hollywood star 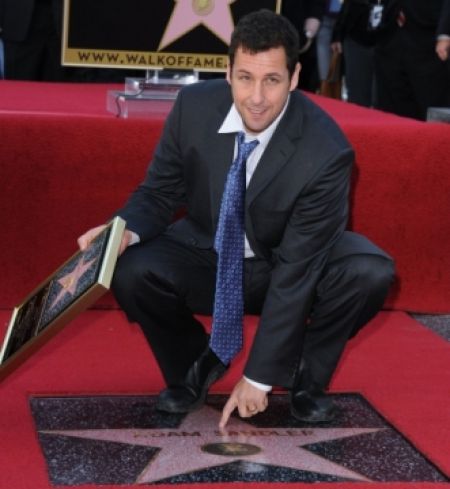 The 44-year-old comedian and actor Adam Sandler has his own Hollywood star in the Walk of Fame. Sandler unveiled his star (the 2,431st star to date) at the Hollywood Boulevard, together with his wife Jackie Titone and daughters Sadie, 4, and Sunny, 2 who stood proudly beside him. He gave his speech that was interrupted by his two daughters who went to the microphone and said “I love my daddy”. He responded in ad-lib saying “Let's hear it for my kids, who are now showing you that I cannot control them”. It was a great celebration for Sandler and his family. Nice! He deserves that Hollywood star as he was a great contribution to the Hollywood industry. 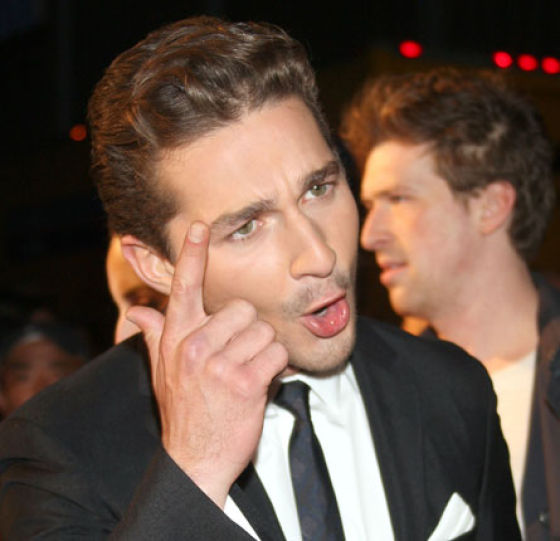 Shia LeBeouf was detained last night (Sunday) after a fight occurred in a Los Angeles bar that involved him and a patron. According to witnesses, a guy used a gay slur on LeBeouf and laughed at the actor, so the actor charged at him aggressively. A bouncer restrained LeBeouf by head lock until police came. He was detained in the police station, but was released afterwards. Hmm…LeBeouf is becoming known by his behavior when he’s not on the movie set, when he got a DUI arrest two times. We’re smelling trouble for this boy, but we hope it won’t be serious and he’ll get his act together in time to promote Transformers 3 well. 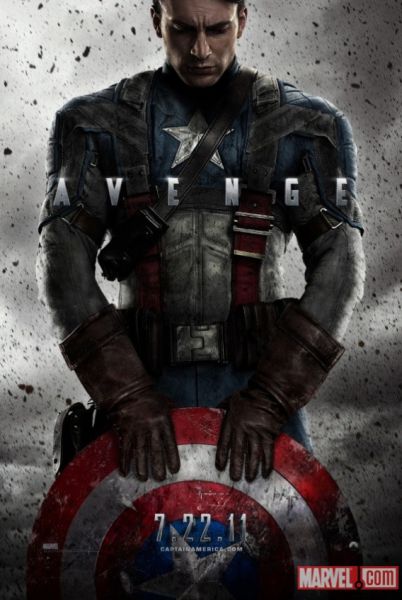 After months of waiting, we finally see the first poster of “Captain America: The First Avenger”, which will be shown on July 22. The poster depicts Captain America standing solemnly with his hands holding onto the shield and dressed into his red, white and blue costume. He’s surrounded by what looked like “war dust” which could mean that, aside from being a superhero flick, this could also be a war movie. Not surprised there since Captain America was a World War II soldier. It’s actually good, but the tagline “Avenge” got us curious. The trailer is out already in the Super Bowl…we can’t wait and we’re going to forward to the movie. 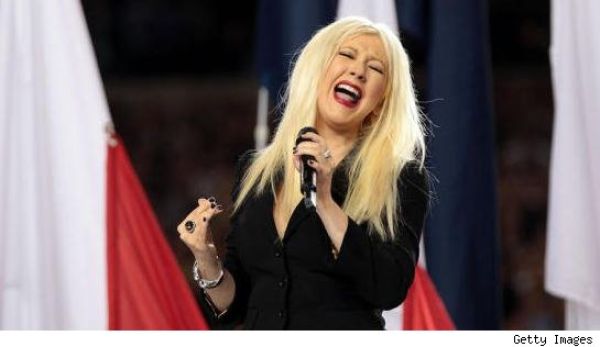 Everyone knows that forgetting the lyrics to the National Anthem is not a very good thing to do, especially when you’re a well-known singer. Christina Aguilera sang the “Star-Spangled Banner” before the Super Bowl kick-off but it went downhill for her when she forgot one line and replaced it with another one. Instead of singing “'O'er the ramparts we watched were so gallantly streaming”, she replaced it with “what so proudly we watched at the twilight's last [unintelligable lyric]". There were reactions from the crowd despite the anthem was being sung. Sources said that she was devastated because she let everyone down. That’s why we can’t say anything bad against her because we know she meant well. We just hope it doesn’t happen again. 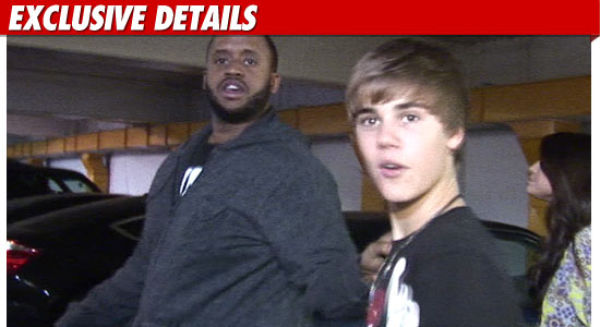 One of Justin Bieber’s guards was arrested in New York earlier this week because of allegedly beating up a paparazzo last year. The paparazzo reported that Bieber’s bodyguard, Kenneth Hamilton, shoved him inside a parked car last November 26, 2010. Hamilton didn’t fight the law as he showed up in the police station last Wednesday to give his statement. The police then issued him a desk appearance ticket and there has been no court date yet. And what does Bieber have to say about this? Well, his reps tell TMZ that there is no truth to the allegations. We don’t think so. Maybe the bodyguard became so sick about the Bieber fever and let his anger out on the paparazzo.

Ashton Kutcher is letting go of his bachelor pad 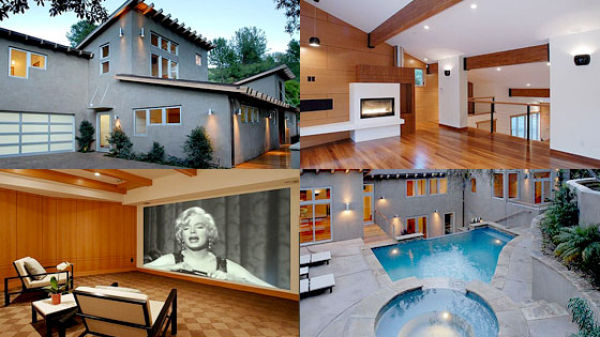 Despite living with Demi Moore in their house for five years, it’s only now that Ashton Kutcher decided to leave his bachelor pad. The actor is selling his four-bedroom home in Los Angeles on Laurel Canyon at the price of $2.6 million, which contains a two-story wine tower, four and a half bathrooms, and a professional home theater. It also has an “infinity-edge spa” and infinity-edge pool that turns into a waterfall in the private backyard. This 3,235 square foot house was renovated by Ashton and his dad last 2008. Ashton should be tweeting this because any one of his 6 million followers might have big money on his/her bank account. 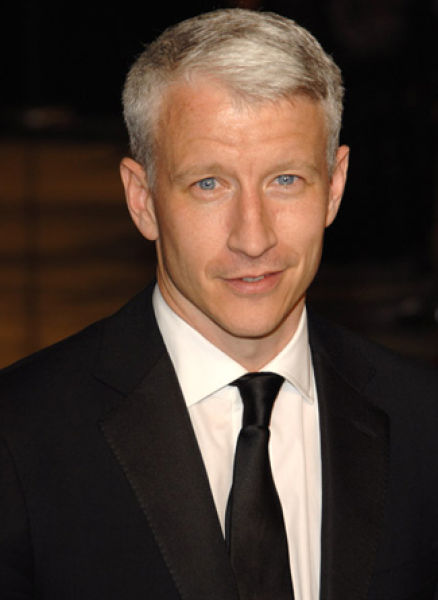 The chaos and violence in the demonstrations in Egypt are escalating as more journalists are being attacked by the protestors. Because of this, the journalists were forced to evacuate for safety. Despite being attacked last Feb. 2, Anderson Cooper decided to stay for awhile to cover the protests. But after a few days, he finally tweeted to his followers saying that he’s already packed up and ready to leave Egypt. Despite doing a hard decision, maybe CNN decided to pull Cooper out for his safety because the violence in Egypt is getting worse.

For all those expecting to see more of Lois Lane in the Superman reboot, well you’ll be disappointed to know that she will not be the reboot’s leading lady. Instead, the Kryptonite villainess Ursa will be there to (maybe) seduce Superman throughout the movie. There are already actresses vying for the role of Ursa, namely Diane Kruger, Alice Eve and Rosamund Pike. Well, that will be a change for the Superman films. We guess there is more to expect in this reboot if a villainess will be the leading lady.

Florence + the Machine to perform in the Oscars 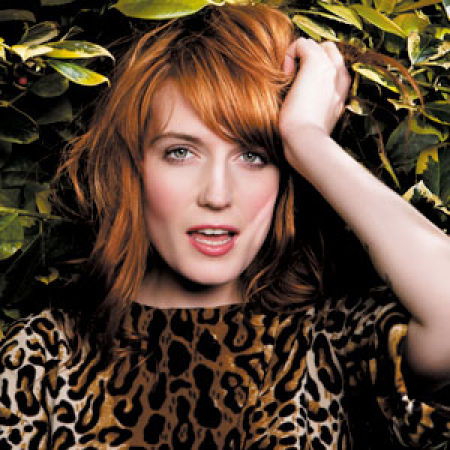 Florence Welch, the frontwoman of the band Florence + the Machine, will be performing in the Oscars on February 27, 2011. This thing here is she is not the original singer who will be performing in the Academy Awards. Dido is not available for the night, so Welch decided to fill in to her fellow Brit and will sing along with Rahman instead. After the awards night, she and her band will be performing in an annual Oscar party by Elton John. Indeed, this band is becoming popular in the music industry and we want to see more of their music in the future.

Jake Gyllenhaal stood up on a date??? 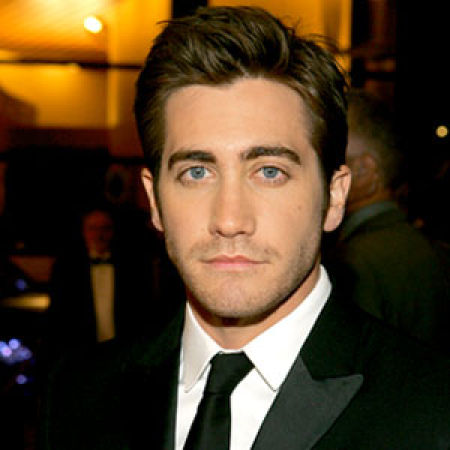 Who would’ve guessed that Jake Gyllenhaal will be stood up? That’s what happened this weekend in Santa Monica’s fancy restaurant, Giorgio Baldi. Gyllenhaal was seated on a table but didn’t order anything from the menu yet as it looked like he was waiting for someone. More minutes past and waiters were asking the actor if he wanted anything to eat or drink, but Gyllenhaal declined. After 45 minutes, the actor decided to leave the restaurant without meeting up with his mystery date. Hmmm…who wonder who would leave Gyllenhaal waiting for 45 minutes? Maybe this is karma for breaking up with Taylor Swift. Anyhow, that incident could be a big slam to his ego.

rolotomasi 10 year s ago
Poor Jake!
He should have ordered something after 15 minutes and enjoy the evening. You know, like a boss :)

Who needs bitches that eats a salad in 2 hours anyway.
Reply