Happy Valentines Day everyone! We realize that some of you bah humbug the thought of love, candy, and kisses, but we brought together a sweet and sticky photo collection that will tempt even the most blatant anti-sweetie. Enjoy our collection of Eye Candy. 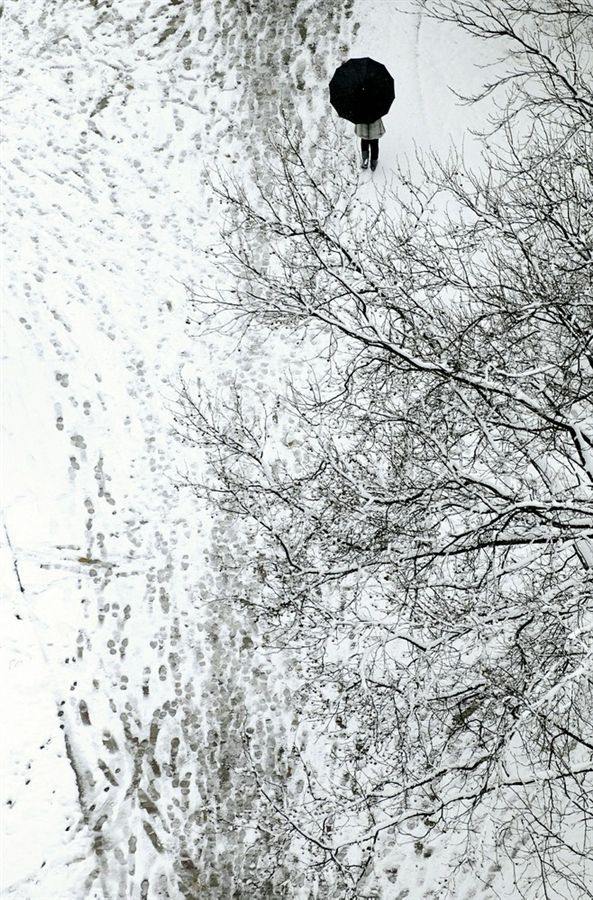 Although the white stuff is melting all over the world, but there are still spots where the ice and snow still create a gorgeous panoramas. This woman walks under one such panorama near the Russian Black Sea resort of Sochi. 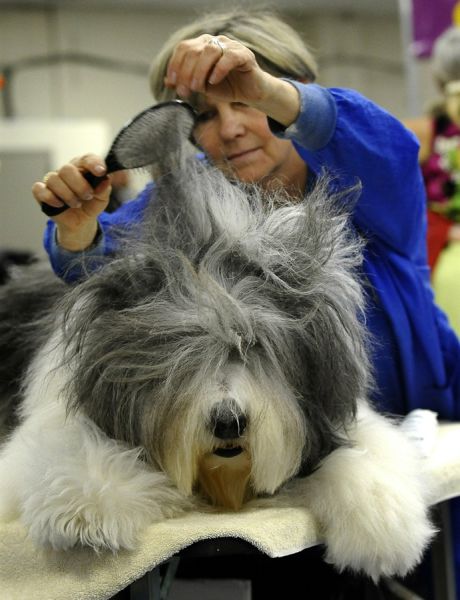 This Old English sheepdog is primped, and pimped before his debut at the 135th Westminster Kennel Club Dog Show at Madison Square Garden in New York. 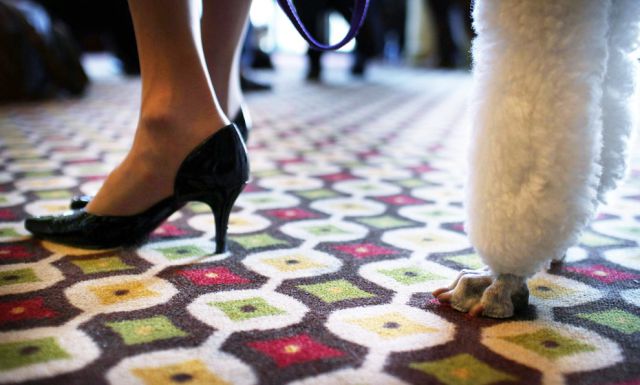 This owner and her pampered poodle in the dog show in Westminster Kennel Club Dog Show.

Fireworks on My Back 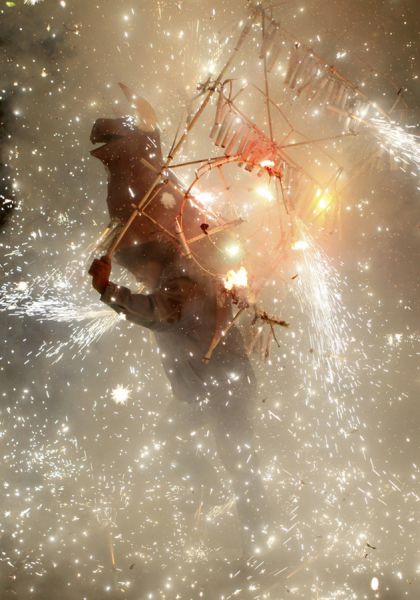 You have to either be stoned, drunk or celebrating. This man has a paper “torito” strapped to his back as fireworks explode around him in Zapotitlan on the outskirts of Mexico City. 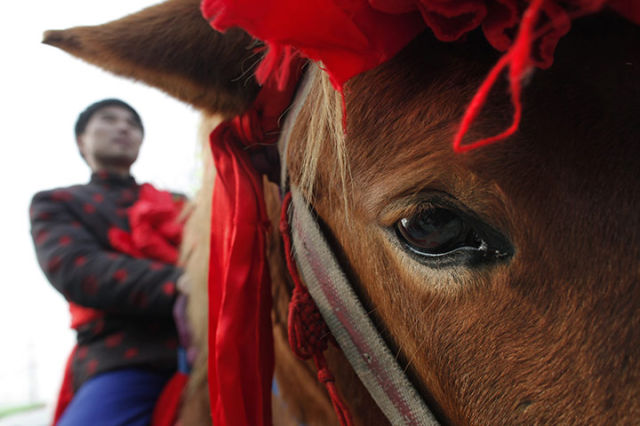 The happy groom Liu Jian rides a horse to the wedding ceremony. 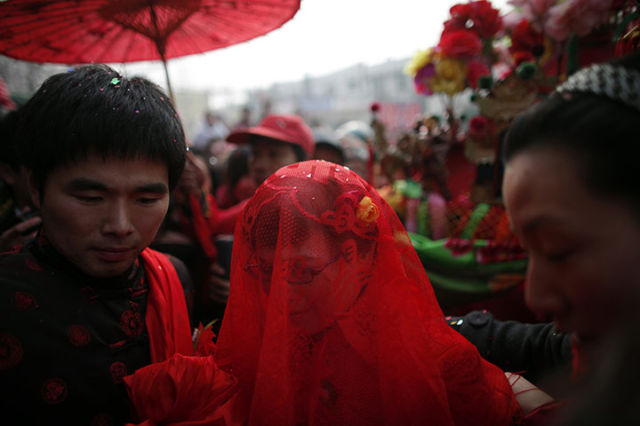 The happy couple Rebecca and Liu begin their wedding ceremony in Dong’an. 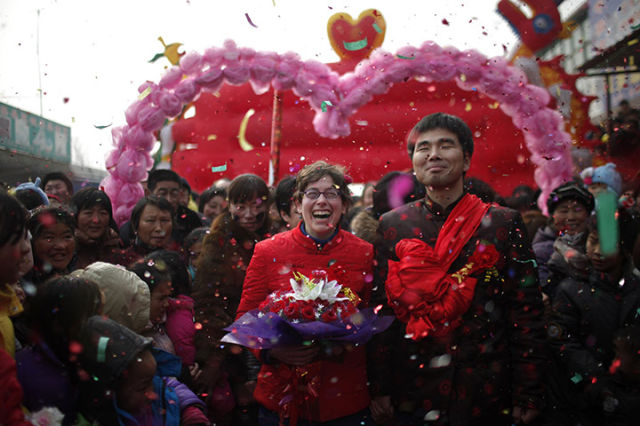 Couple is showered with confetti. 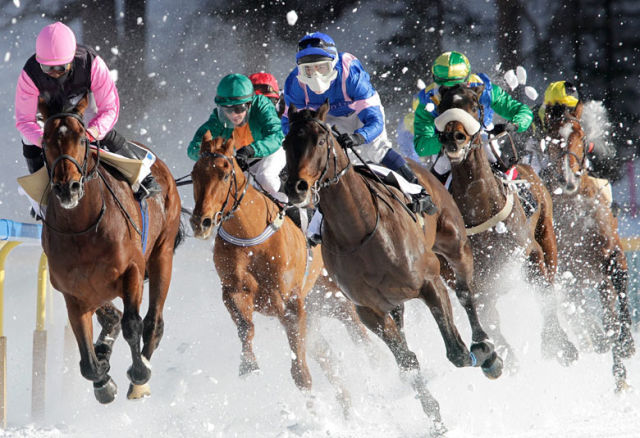 Warning!
Cassowaries on the Roam 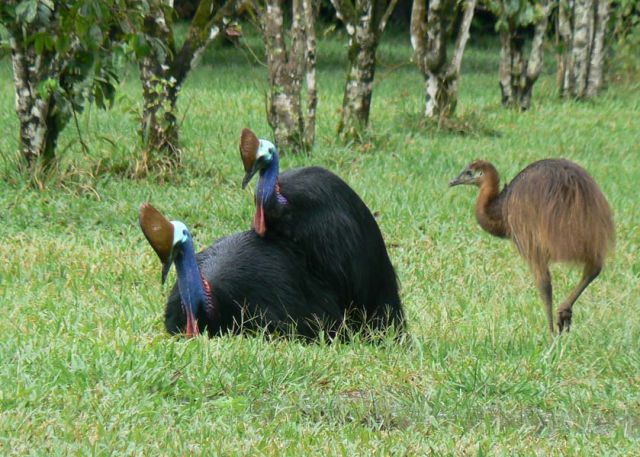 Australians have been warned to stay away from cassowaries on the hunt for food after their habitat was destroyed by Cyclone Yasi.

The bird doesn’t seem dangerous until you know the facts. They weigh up to 150 pounds stand about 6ft in height, and resemble an emu. These birds were named the most dangerous birds in the world by Guinness.

They also have a toe that is fitted with a long, straight, murderous nail which can sever an arm or eviscerate an abdomen with ease. There are many records of natives being killed by these birds.

"The inner or second of the three toes is fitted with a long, straight, murderous nail which can sever an arm or eviscerate an abdomen with ease. There are many records of natives being killed by this bird."[17]

However, Gilliard did not include any such records or any references for them, and although this assessment of the danger posed by cassowaries has been repeated in print by authors including Gregory S. Paul (1988)[18] and Jared Diamond (1997),[19] recent research on hundreds of cassowary attacks has only been able to find one human death. A 2003 study of attacks by the Southern Cassowary in Queensland found no wounds larger than punctures about 1.5 cm in diameter.[20] Of 221 attacks studied, 150 were against humans. 75% of these were from cassowaries that had been fed by people. 71% of the time the bird chased or charged the victim. 15% of the time they kicked. Of the attacks, 73% involved the birds expecting or snatching food, 5% involved defending natural food sources, 15% involved defending themselves from attack, 7% involved defending their chicks or eggs. Of all 150 attacks there was only one human death.[21]
Reply
0