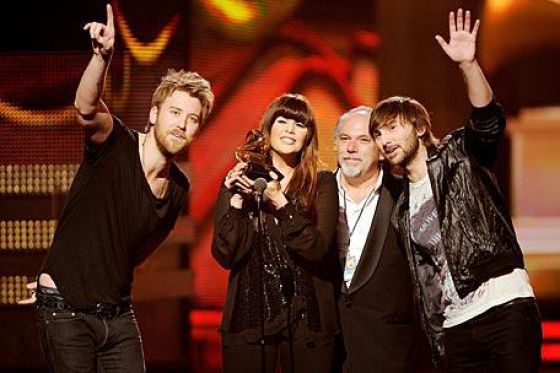 Admit it---when you first heard of the name Lady Antebellum, you thought it was some kind of insect or something. Despite the weird name, we got addicted to their single “Need You Now” and we played it many times on our iPods. It was a great song with both the lyrics and the beat very nice to listen to. It became popular that it’s part of the Rock Band 3 downloadable songs and was sung in Glee. And everything paid off as they top the 2011 Grammy Awards by winning five awards out of their six nominations, including Record of the Year and Song of the Yea for that popular song. We never knew we’d be happy for that, but they deserve it. It’s a wonderful song, really. 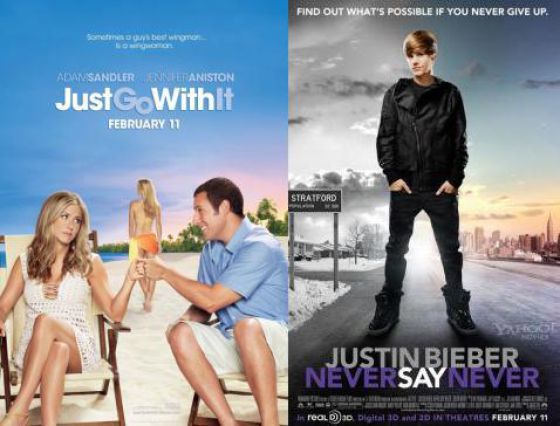 You’d think that Bieber movie will be ruling the weekend box-office, well think again. It didn’t rule but were almost neck-to-neck with “Just Go With It”…by just a hair.  “Just Go With It” was at No.1 with an estimated $31 million, while “Never Say Never” was at No. 2 with an estimated of $30.3 million. This just means the Biebs can’t be easily beaten by a rom-com, and it looks like a lot of non-Bieliebers are watching this concert movie as well. Maybe this is a lesson learned for movies to never go against a concert movie by a famous pop star. One example: Michael Jackson’s “This Is It”…and the Bieber movie is even bigger than that of MJ’s! Nuff ‘said.

Rihanna is dressed to kill on the Grammys 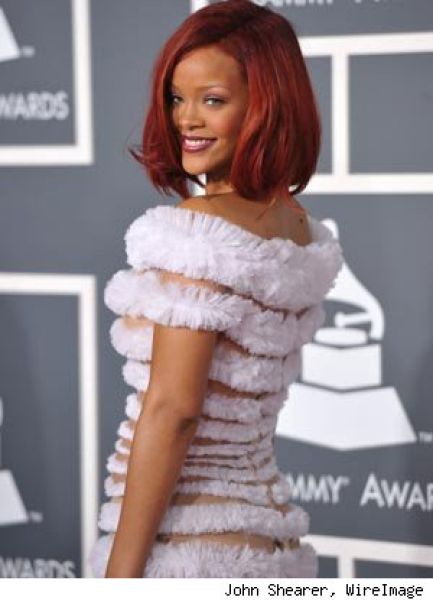 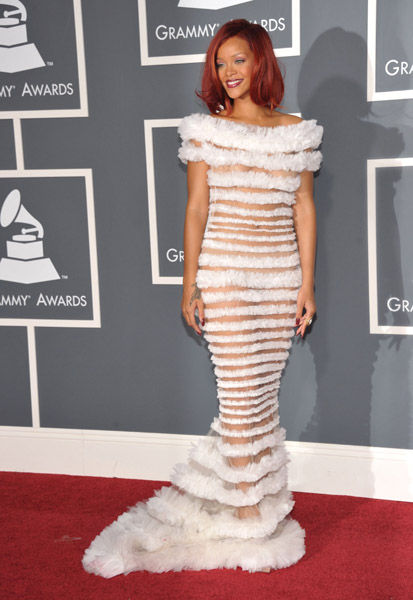 Even though there were speculations that Rihanna might not be able to come on the Grammys because of health issues, she surprised us with a dress that’s ready to kill. We seldom do fashion reports on the red carpet, but when we do, it should be recognized. And this is what Rihanna deserves as she sported barely-there white dress by Jean Paul Gaultier in which she was able to carry---A LOT---in the red carpet. She was only covered in what looked like layers of white fur that left us stunned as it showed her sexy and sultry side that we wouldn’t see in some of her wacky dresses. Rihanna’s attire here is one of the stunners for the Grammys’…so she deserves to be recognized. ‘Nuff said!

Lady Gaga arrives in an egg 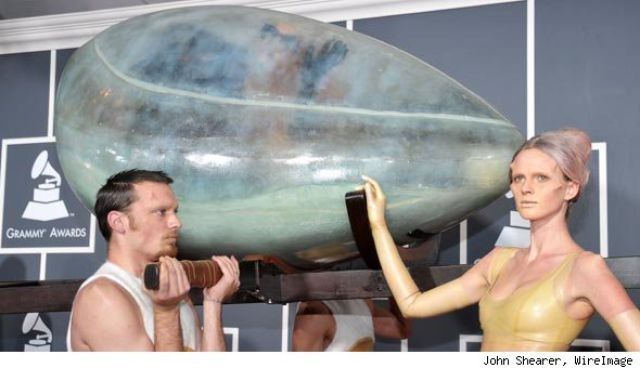 And the winner for the most eccentric red carpet goes to…Lady Gaga! Who else would it be?! Gaga has done her thing again as she graced the Grammy red carpet in---what in the world---an egg. Sorry, she did not grace the red carpet…it was her Little Monsters entourage who walked as they carried Gaga and her egg. It was a shocking entrance as Gaga is inside the transparent egg while her assistants carried her towards the backstage. We found out this was her grand entrance to her “Born This Way” performance. The most eccentric red carpet entrance ever…even beats her meat dress. Anyhow, no surprise there, but did she really have to do that. Why can’t she wear a simple dress for once?!

Jamie Foxx gets into a fight in an Usher show 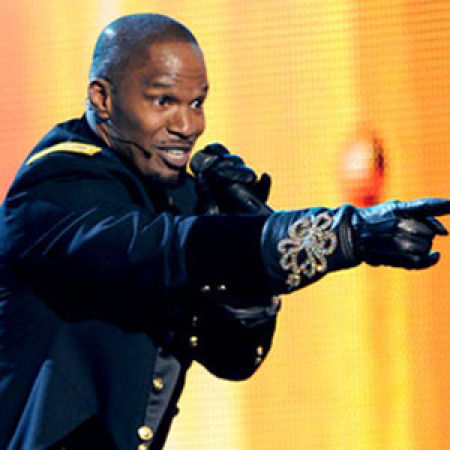 And here we thought Usher is enough to stop the whole crowd. Jamie Foxx can be a showstopper too…but not by singing. Foxx got into a fight in an Usher show last Thursday night in Belvedere's Red launch party in Los Angeles. The singer had a scuffle with someone he knew and ended up pushing and shoving each other towards the stage. However, no one is pressing charges and Foxx was even apologetic about what happened. And here we were about to blame the singer. In the end, according to E!Online, everything was sorted out. Okay, so we take it back…we’re not blaming Foxx anymore. The only fault they did was to start a fight in AN Usher show…of all places!

Elizabeth Taylor was hospitalized due to hear failure Another actress is suffering from a heart failure now. 78-year-old actress Elizabeth Taylor was rushed to the hospital due to congestive heart failure. Taylor has been suffering its symptoms last Friday and was hospitalized when it was getting worse. According to her rep, the actress is being monitored in the hospital as of this moment. Family and close friends are appreciative of the support her loyal fans are giving, but are also requesting for their privacy so that her medical team can monitor her better. This is sad news indeed as we have been fans of Taylor for a long time. We hope she will be able to recover soon and see her full of life again. Most of us don’t know how hard being a model. Well, we found out about their sufferings as some models in Fashion Week stumbled and fell while walking on the catwalk to show off Christian Siriano’s latest collection. According to the designer, it was not his shoes but the floor that caused the models to fall as it was freshly painted and sticky. What?! Did you take a look at those stiletto heels?! We know high-heeled stiletto shoes are the in-thing now but going way high is too much for everyone---including the models. No matter how good a model is, walking on a skyrocket high-heeled shoes is very difficult. And the evidence is already in front of you, Siriano. 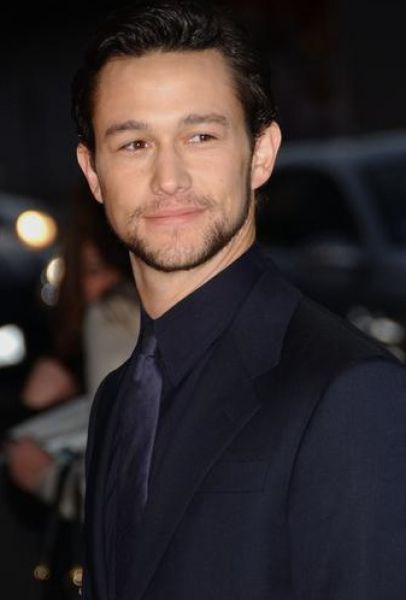 Joseph Gordon-Levitt finally has a role in “The Dark Knight Rises”---but it’s not what you (or we) would expect. In fact, his character goes way back in the first Batman film “Batman Begins”. Levitt will be playing the villain Alberto Falcone aka the Holiday Killer. If you can’t remember the first Batman, Alberto is the estranged son of former mob boss Carmine Falcone. He returns to Gotham to take over the reign that his father once ruled before Batman came. It’s likely he’ll seek revenge on the Cape Crusader. With that, Batman will be facing a lot of hardcore villains in this sequel…and we like it! Looking forward to the movie now.

Peggy Rea dies at the age of 89 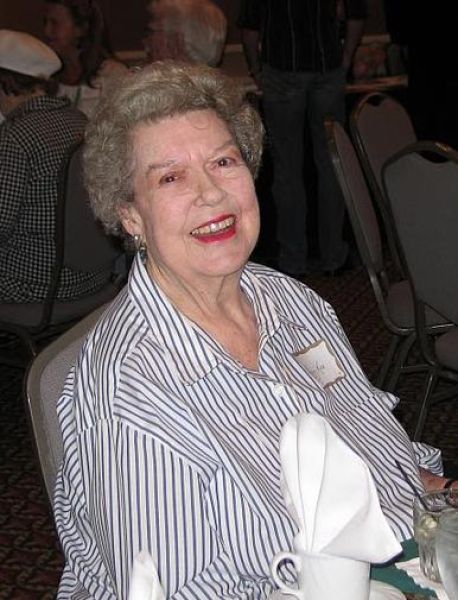 “Dukes of Hazzard” actress Peggy Rea died last Saturday in her Toluca Lake, California home due to a heart failure. She passed away at the age of 89. Rea was famous for her roles in 'The Waltons,' 'Dukes of Hazzard' and 'Grace Under Fire,' and became known in television in the late 1970s and early 1980s. She is known to be one of the greatest actresses in the TV and movie industry. Another Hollywood star has passed away and, even though we can do nothing, we know that stars such as Rea will be remembered for their great contribution in film and TV. Rest in peace, Peggy Rea. 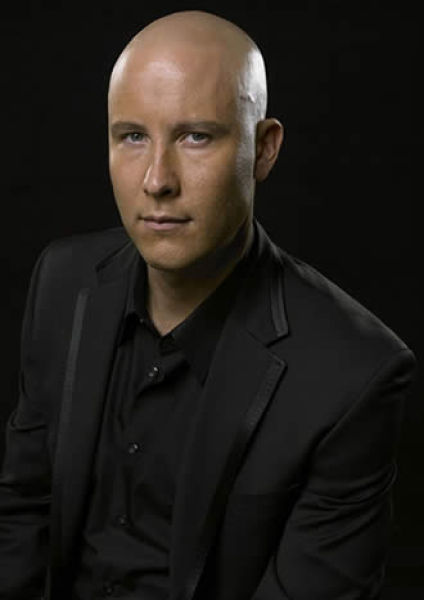 Good news “Smallville” fans! Michael Rosenbaum will be back as Lex Luthor in the two-hour season finale of “Smallville” on May 13. Rosenbaum and the producers have agreed for Rosenbaum to reprise his role as Superman’s arch enemy, and both parties are very happy and excited about it. This is also the best news we heard, especially now that Clark is transitioning to Superman and the 10th season will be the last for the series. We have been waiting, actually, for news about Rosenbaum and we’re glad he’s coming back. He’s one of the best Lex Luthor in the Superman franchise and we’re very excited to know what he’ll do on the finale.

ashkan 9 year s ago
rihanna's dress is the ugliest dress i have ever seen in my life. i guess whore-ism is contagious!!
Reply
0

revelation 9 year s ago
ugh.. reading those entries about "rihanna's dress" and justin b.. its like being written by gay blog writers!!!
Reply