Everyone has a cell phone these days. Now the deal is trying to find the best cell phone that can blow your friends away. Here is a collection of phones that we found that were pretty out of the ordinary. 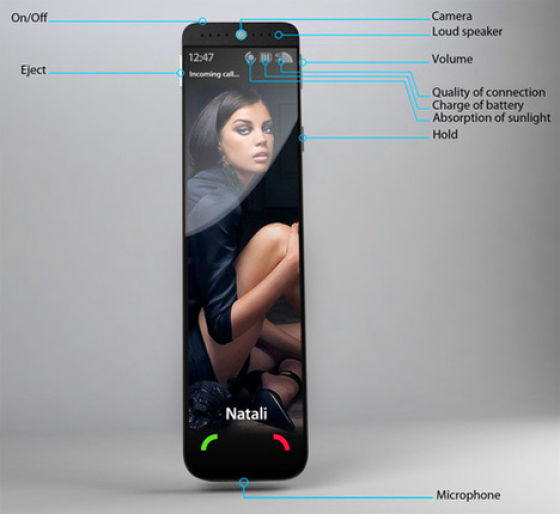 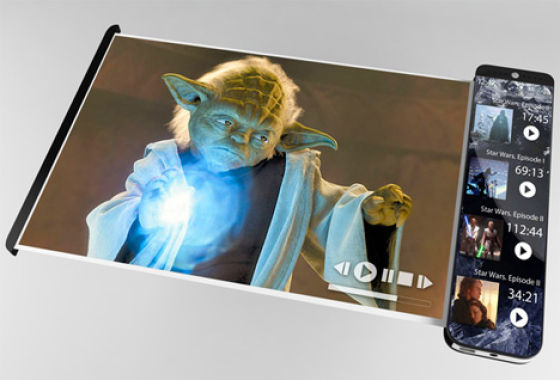 It has two touch screens and includes a traditional candy bar style format, and the other is a flexible OLED that stiffens with a low voltage charge when you unfurl it. 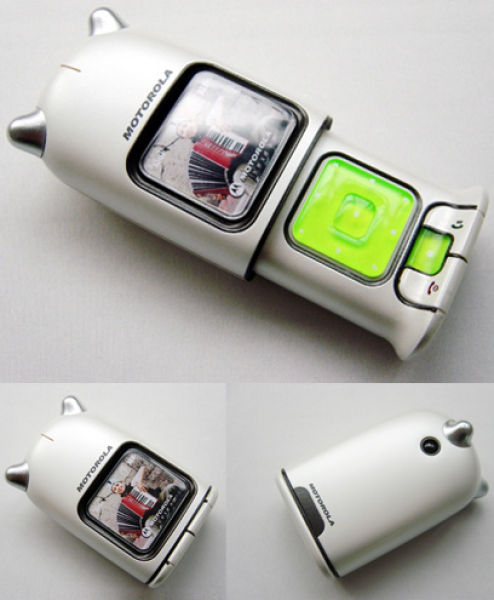 While some companies are creating smaller phones that fit almost into anything the Joesph Liang moto phone goes for concept over compact. This cute little bugger is bulky, but I bet the kids will love it. 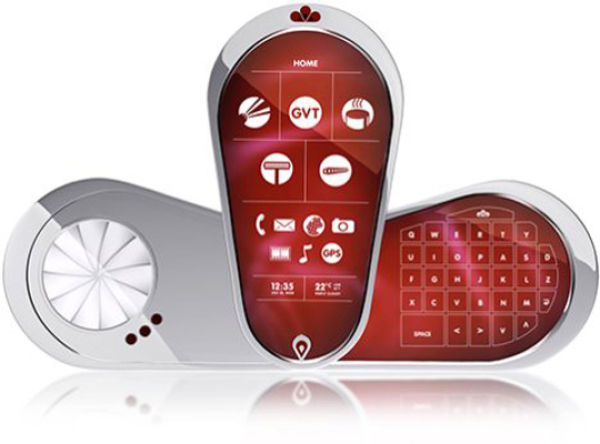 This phone might not turn out to be to popular, but you never know. It is a very odd concept for a cell phone. It includes gps navigation, global voice translator, a mp3 playback, camera/video, a movie protector, and get this a razor, harmonica, coffee brewer. I looked and looked and I’m still not sure how they will stuff that into this little gadget, but who knows. 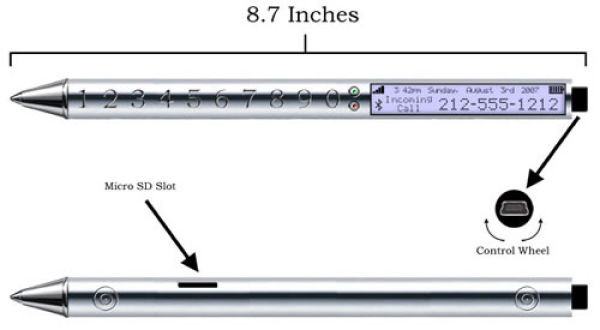 I don’t think you can get much smaller than this! You will look like James Bond when you use this handy phone if it ever makes it out of conception. It will include a usb slot, a microSD card slot, and comes with ear pieces and has a bluetooh as well. 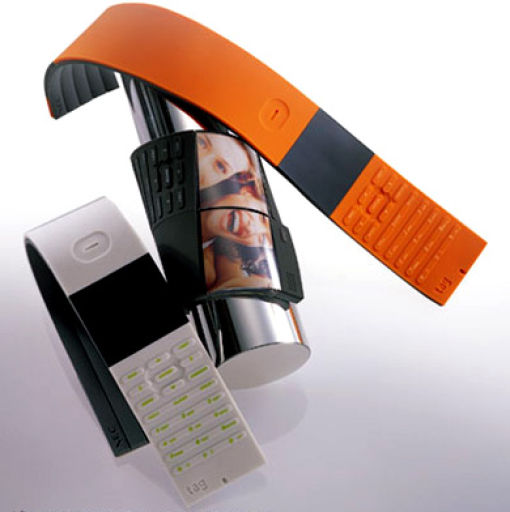 It wraps around your wrist. The material is called shape-memorizing and it is supposed to be able to change its shape and still act as a phone. I know that the flexible keyboards that roll up to go with your laptop didn’t work out so well, I hope that these will. 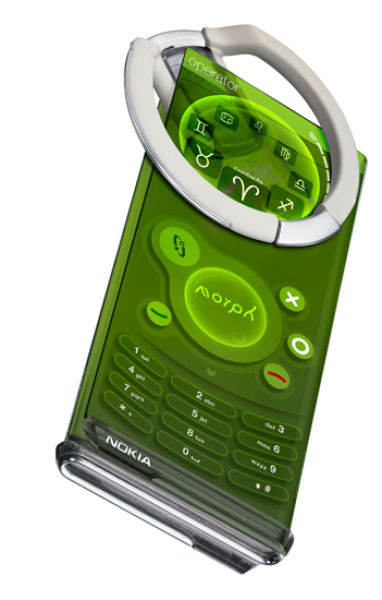 This little phone is a collaboration with the University of Cambridge, Nanoscience Center(UK) and Nokia. It can become a tablet pc, a wrist band, or just a simple phone. It can be morphed into 3 modes that include standard, bracelet, and landscape. Standard is a normal phone type of position. The Bracelet mode means you can use it as a bracelet and still have video chats. The landscape mode can be used as a tablet PC. The entire surface becomes a touch screen where you can watch movies, and check mail.

This is another wearable cell phone and anyone can communicate with It is easier and lighter in mobile circumstances corresponding to the 3.5G, 4G communication standard 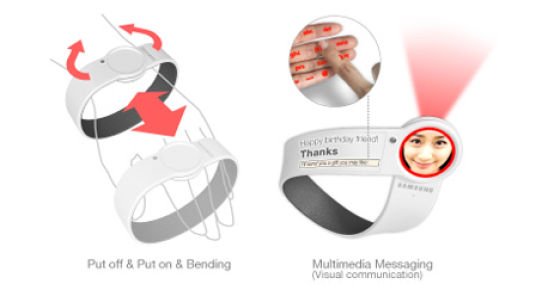 It uses the instinctive input method “finger joint”. Excluding the thumb, each finger joint makes up twelve buttons, with “the knuckle button”, using the cell phone’s 3X4 keypad, likely being the most popular input method. 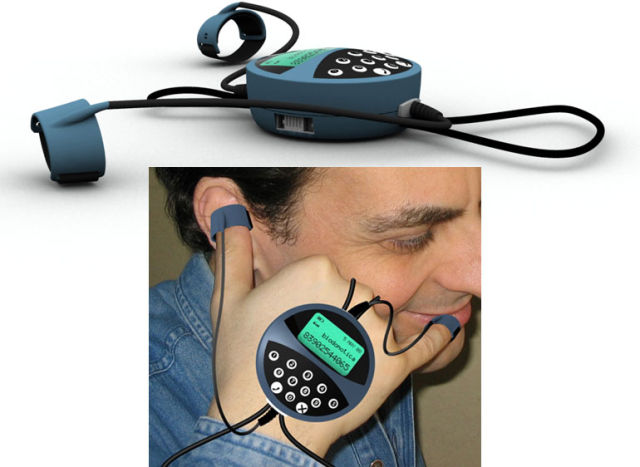 This odd phone is attached to your hand, and the mic is were your extended pinky is and you would listen with your thumb. Odd, weird, and well sorta ugly.

This phone was named after chocolate. It resembles a chocolate bar, but isn’t’ chocolate. It looks like glass made out of pieces and it was designed by Fred De Garilhe. All the numbers can be seen through the reflective surface when you slide the screen upwards and the four pieces of glass that include the Screen. The phone won’t be a reality in name value as the name has already been claimed by someone else. So the name has to change or they will need a new design.

Now you see it Now you Don’t. 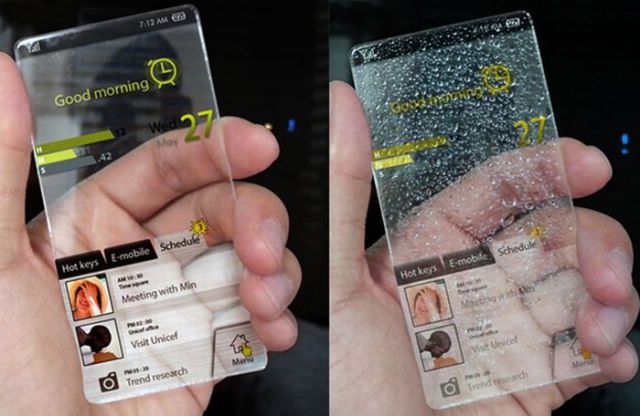 That is what this phone should have been named. Clear phones are the wave of the future and this is just one of the hundreds hitting the markets. Not much more information about this cell phone, but when they do I’m sure we will all love to have one. 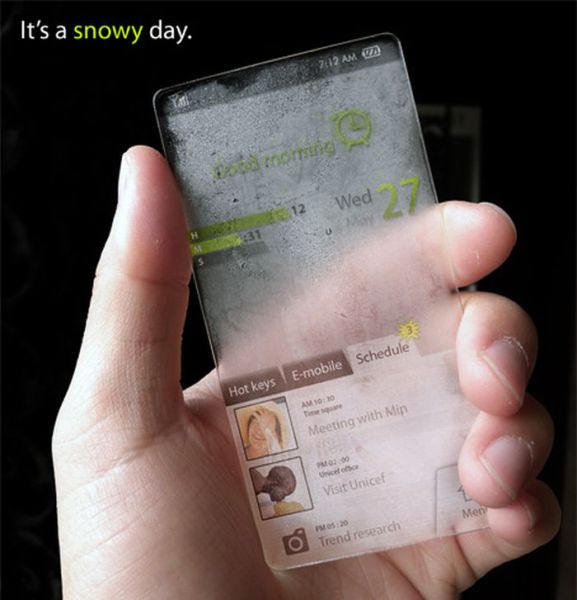 The window phone gives you a lot of options and includes telling you the weather, a slick see through design. 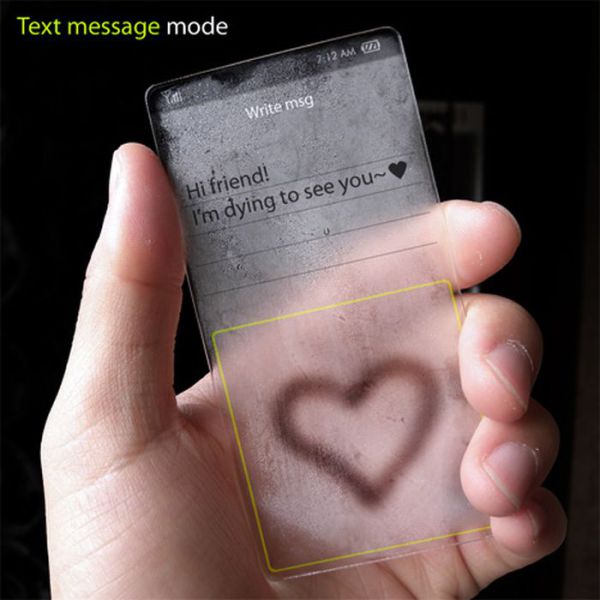 When you blow on it, you go into text mode. How neat is that.

MLaLontra 10 year s ago
8 is BREWING COFFEE... OX it's not a phone but a commercial for british columbia
Reply
0