After a day of love and happiness we find an odd little tidbit about a forest of suicide. 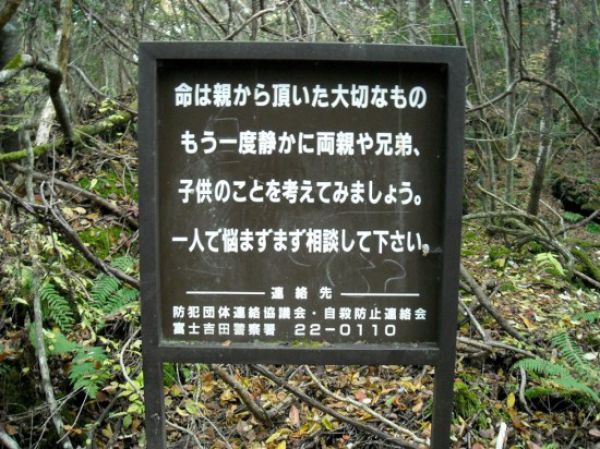 This forest of unhappiness is known as the perfect place to die according to Wataru Tsurumui’s book entitled “The Complete Manual of Suicide. It is also considered as the most haunted place in Japan. 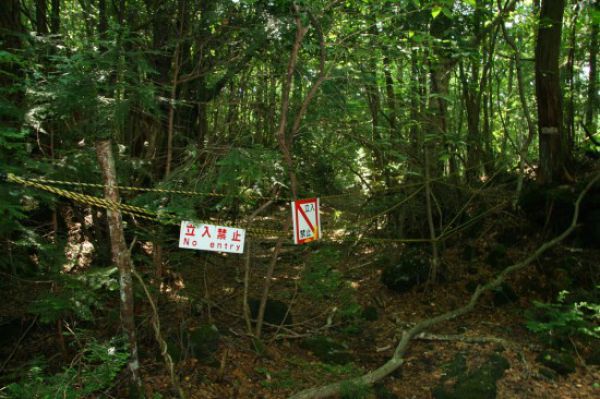 The forest is called Aokigahara and it is a thick dark forest located at the base of Mount Fuji. The forest is so dense and thick that it is hard to hear anything once you are inside.

The amount of bodies that go undiscovered can’t be counted, but so far since 2002 there have been 78 bodies found in Aokigahara. What is really creepy is that some of them had Tsurumi’s book with them. 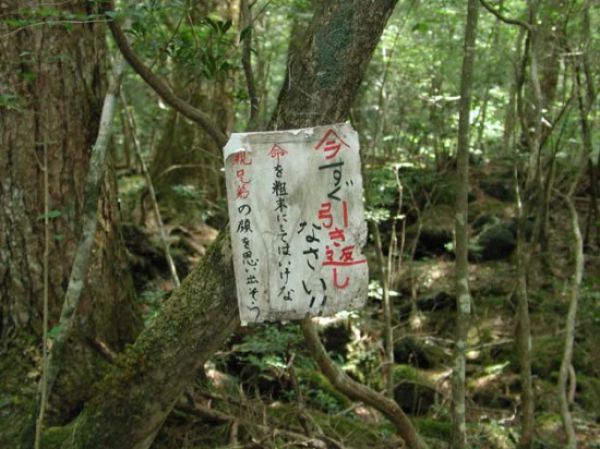 The forest is littered with signs which say please reconsider and please consult the police before you decide to die.

The forest workers also take care of any bodies that they find bringing them in and until they are buried someone has to sleep with them. The Japanese believe that if left alone the unsettled yurei will scream all throughout the night and move into regular sleeping quarters. So the workers play rock-paper-scissors to determine who will sleep with the body. Now that is a tough job. 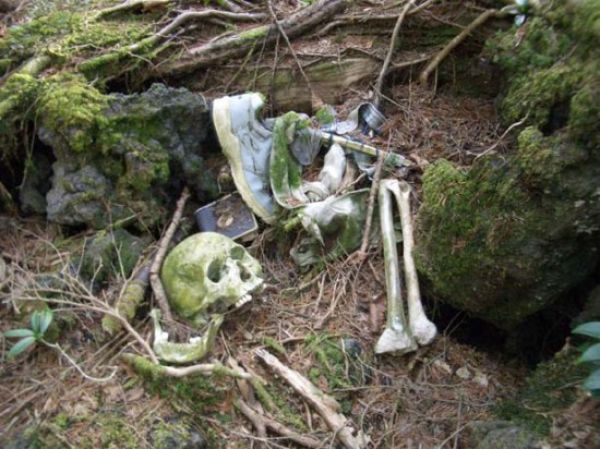 Learn Something Fun: The number 1 haunted house in America is the Winchester Mystery House.

In 1881, Sarah Winchester, the widow of famous gun maker Oliver Winchester, became convinced that she needed protection from the evil spirits of all the people killed by Winchester rifles.

A psychic advised her to continually add rooms to her San Jose, California, mansion to confuse any ghosts that may try to find her. (It’s not clear why ghosts, which can supposedly move through walls, would be confused by the rooms, but it apparently made sense to Winchester.)

She did so for nearly forty years, adding more than 100 rooms and staircases, until her death in 1922.

After Sarah’s death, her own ghost was said to haunt the halls of her mazelike mansion. Today the building remains a popular tourist attraction, a bizarre monument to superstition and paranoia.

Cheap oem software 9 year s ago
nSP8le Sent the first post, but it wasn`t published. I am writing the second. It's me, the African tourist.
Reply