Eye On Stars: The Terminator Hangs Out With Rambo, Channing Tatum's Penis Scalded On Movie Set And Other Hollywood News (10 pics)

The Terminator Makes Friends with Rambo 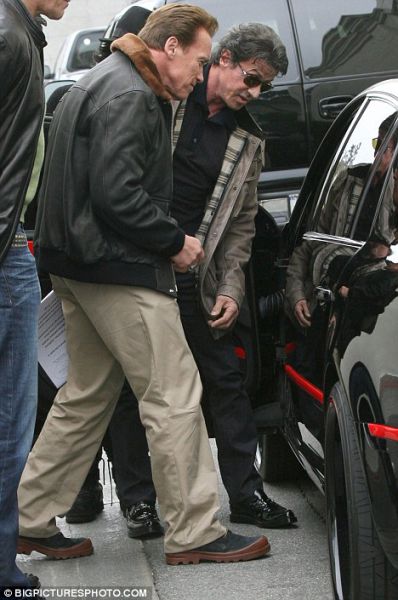 Now that Arnold Schwarzenegger no longer has the economy of California to worry about, he is back to Hollywood preparing to do what he does best – putting the bad guys back in their place. And who better to help him than Rambo himself. The ex-governor had lunch with Sylvester Stallone in Beverly Hills where he reportedly received an offer from Stallone to appear in the sequel to The Expendable which the Rocky star wrote, directed and starred in. 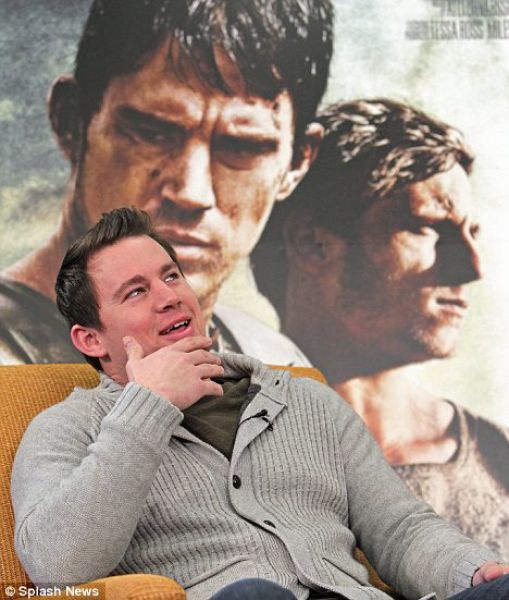 Channing Tatum has dealt with severe pain throughout his physically demanding career but all that paled in comparison to the pain he dealt with on the set of the Roman epic, The Eagle. The star suffered serious burns across his chest right down to his penis after boiling water was poured down his wet suit by mistake. Admitting that he burned all the skin off his penis and referring to the incident as the most painful and excruciatingly dark situation he has ever gotten himself into, Tatum added that he is now fine and back on top.

Chyna Wants a Piece of Snooki 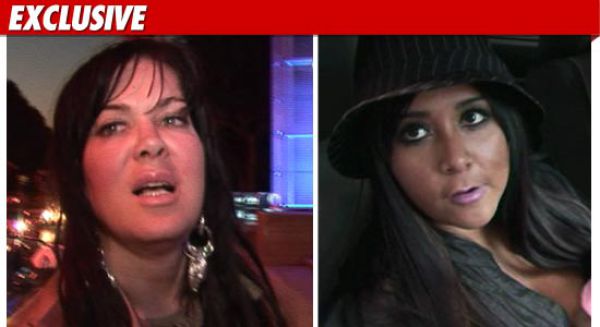 Cat fight alert! Snooki signed on for Wrestlemania XXVII and former WWE Diva Chyna is none too pleased with that decision. She firmly believes the Jersey Shore star needs to be taught a lesson for trying to make a joke out of wrestling. Chyna, who has not wrestled since 2002 is willing to make a comeback into the ring to lay the smack down on not just Snooki but her costar The Situation too, in a tag match. 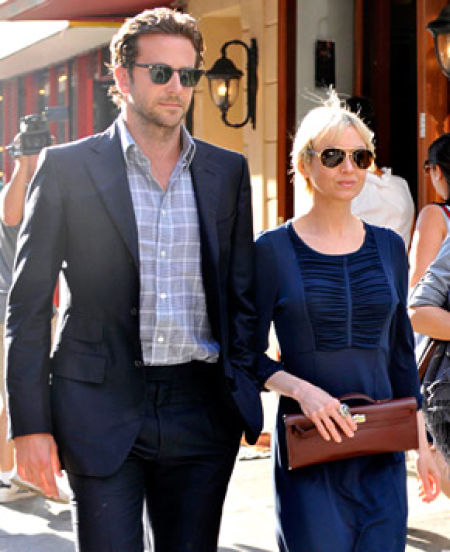 After less than two years of dating, Bradley Cooper has decided he is not that into Renee Zellweger afterall. The Limitless star whose movie currently holds the number one spot on the U.S movie charts met Zellweger about six years ago but their romance didn’t bloom until summer 2009. Both stars had very short-lived marriages: Cooper to actress Jennifer Esposito, Zellweger to country crooner Kenny Chesney. Both unions lasted just four months each.

LeAnn Rimes Wants You to Know That 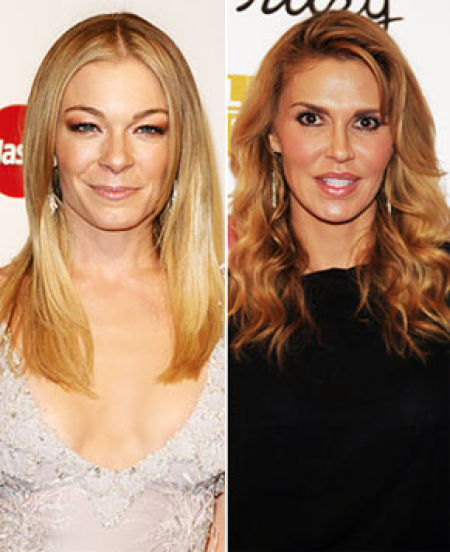 She is ready to finally play nice with Brandi Glanville. The two have been sworn enemies for months since actor Eddie Cibrian left Glanville to be with Rimes. Their twitter feud got so bad that Rimes was accused of creating a second twitter account to harass Glanville. The twosome called a cease fire on Sunday with Rimes tweeting “As a collective unit, Brandi and I would like all negativity to cease toward one another. We have communicated and have a direct understanding that we are only ourselves on Twitter and have no other accounts that try to destroy one another”. Glanville echoed the sentiment by re-tweeting the singer’s post. 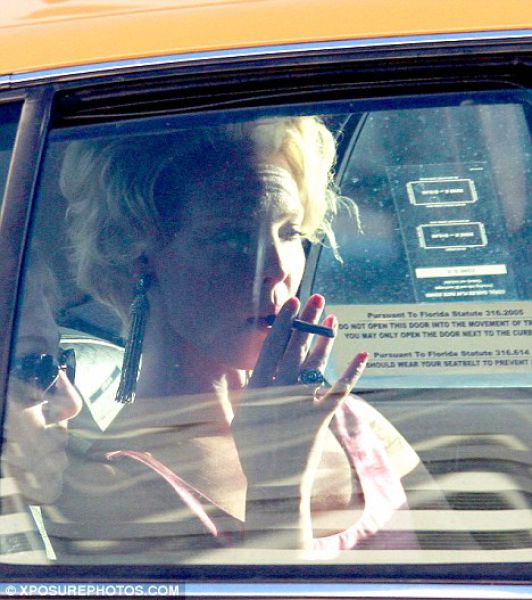 Nothing comes between Katherine Heigl and her electronic cigarette. The blonde actress can’t seem to go anywhere without lighting up and puffing away at her cigarette. She credits the electric cigarette for helping her beat a chronic addiction to nicotine.

Chad Ochocinco Not Rushing To the Altar 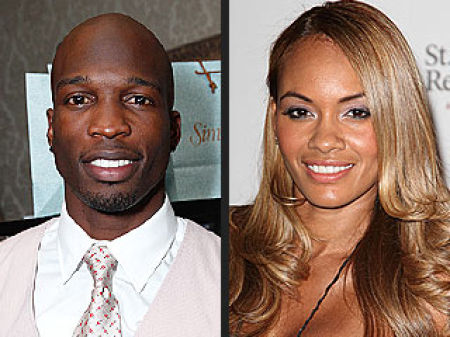 Dancing With The Stars alum Chad Ochocinco put a ring on Evelyn Lozada’s finger after just four months of dating but the two insist they are in no rush to tie the knot. According to Lozada, the couple wants to be engaged for at least a year and take the time to enjoy their blended family before getting married and adding more kids to the brood of the five between them. 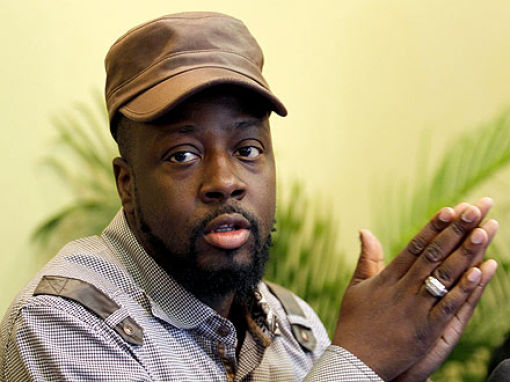 In a battle of he said – they said, hip-hop artist Wyclef Jean says he was shot in the hand in Haiti but the police say he cut his hand on glass. What both parties agree on is shots were fired and Wyclef ended up with a bleeding hand. It’s not clear if he was the intended target. His publicist says he is doing well. Jean previously had his eye on the presidential office in Haiti but officials barred his presidential candidacy because he lives primarily in New Jersey. Haiti held its presidential runoff election on Sunday. 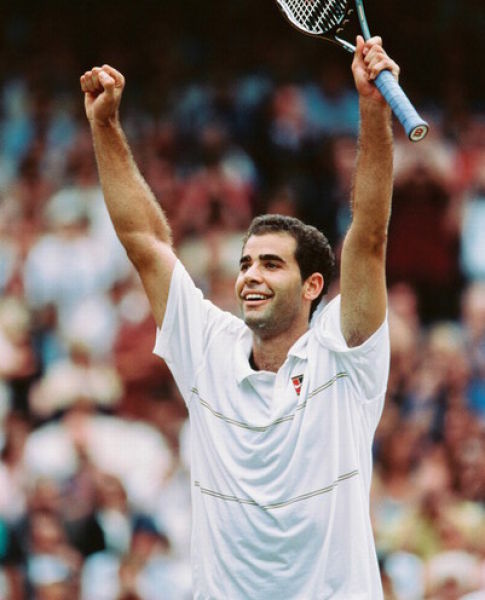 Pete Sampras is about to get reunited with dozens of his tennis trophies that were stolen from a storage facility last December. A private investigator working the case for Sampras got a tip that boxes containing the trophies would be dropped off behind a Los Angeles hospital. The investigator tipped off security at the hospital, who called LAPD once they spotted the boxes. Police have no idea how the boxes got there but they are investigating.

Britney’s Dancers Ordered Not to Give Her Drugs 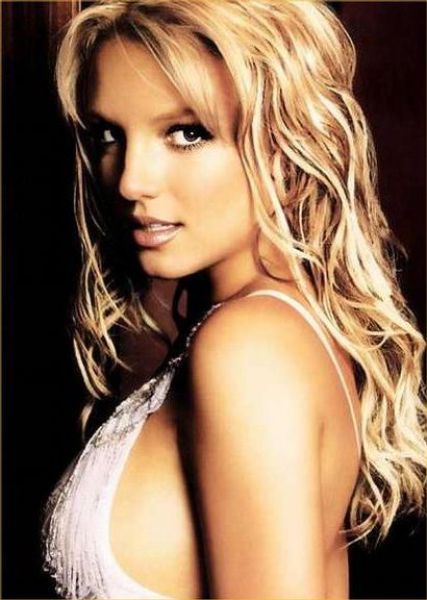 Working as a dancer for Britney Spears means a good paycheck but before the backup dancers can collect their paychecks or even step on the sets of video shoots, they are required to adhere to a strict set of instructions the biggest one being keeping Britney away from drugs and alcohol. A non-disclosure agreement that dancers were required to sign before working on the singer’s latest music video leaked on the internet and it specifically states that “contractor acknowledges that it is essential that [Britney] not be exposed to any alcohol, drugs or controlled substances. The agreement also says dancers can be subjected to random drug testing and can be fired for failing a test or even refusing to take one.